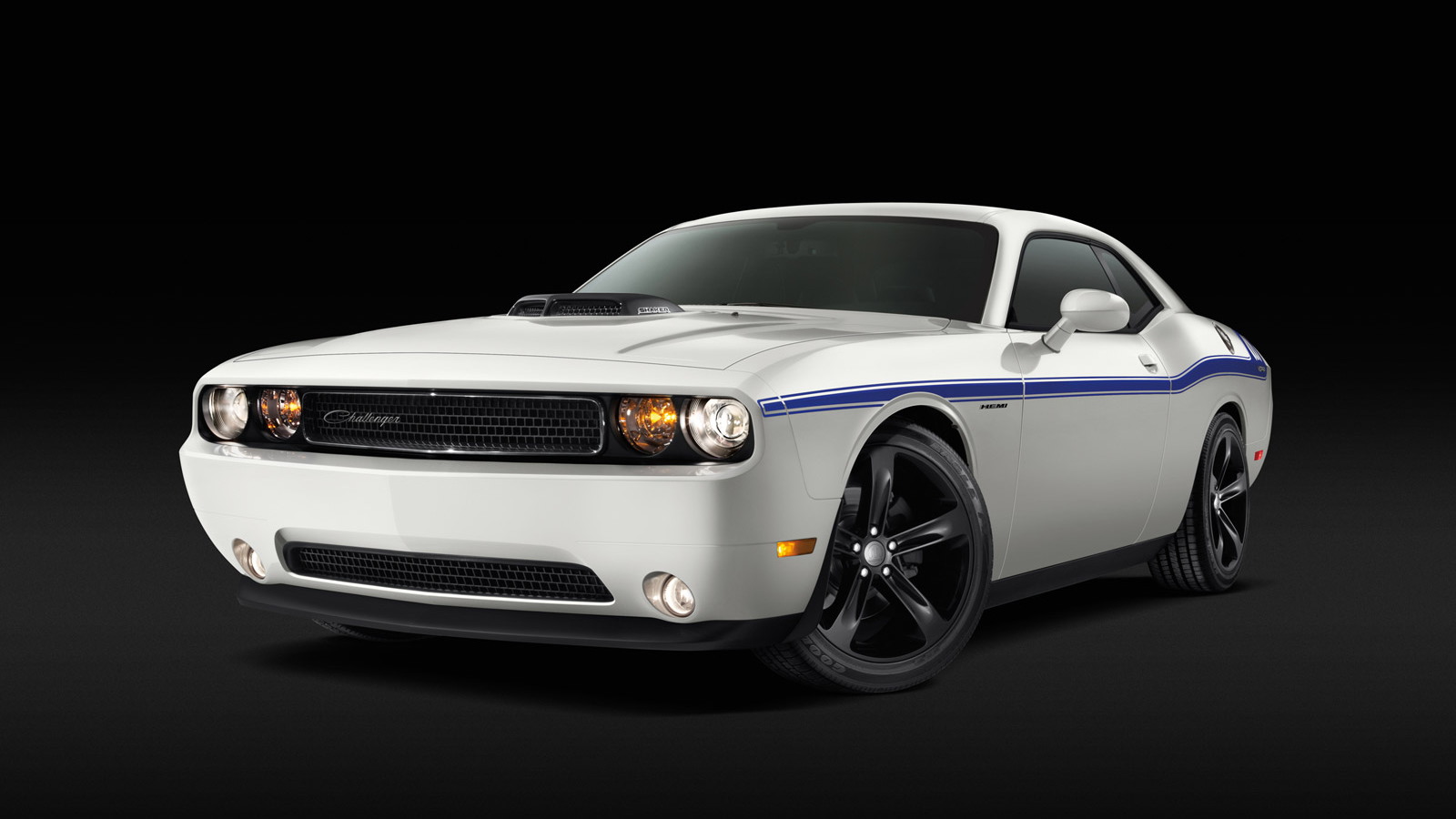 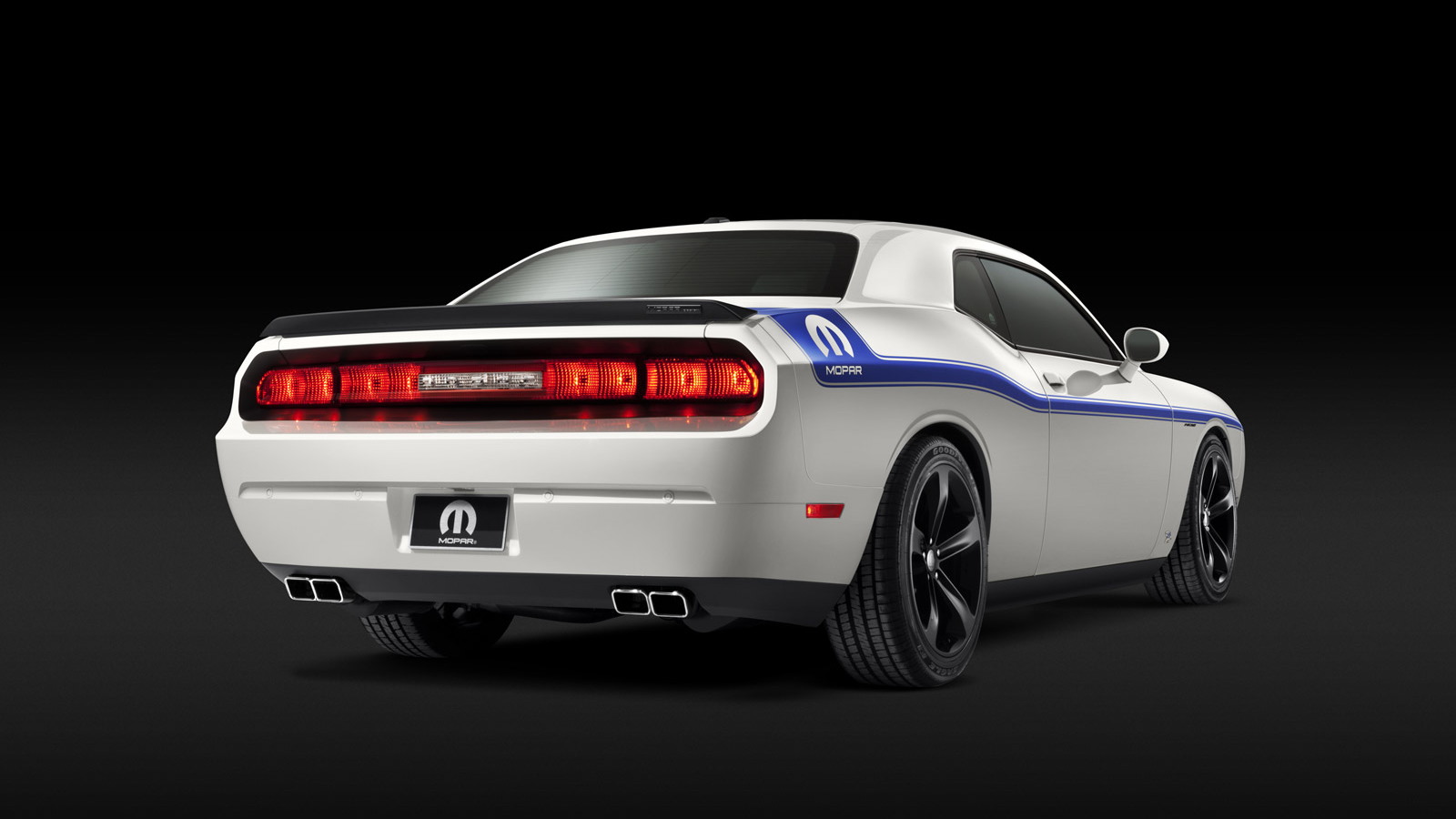 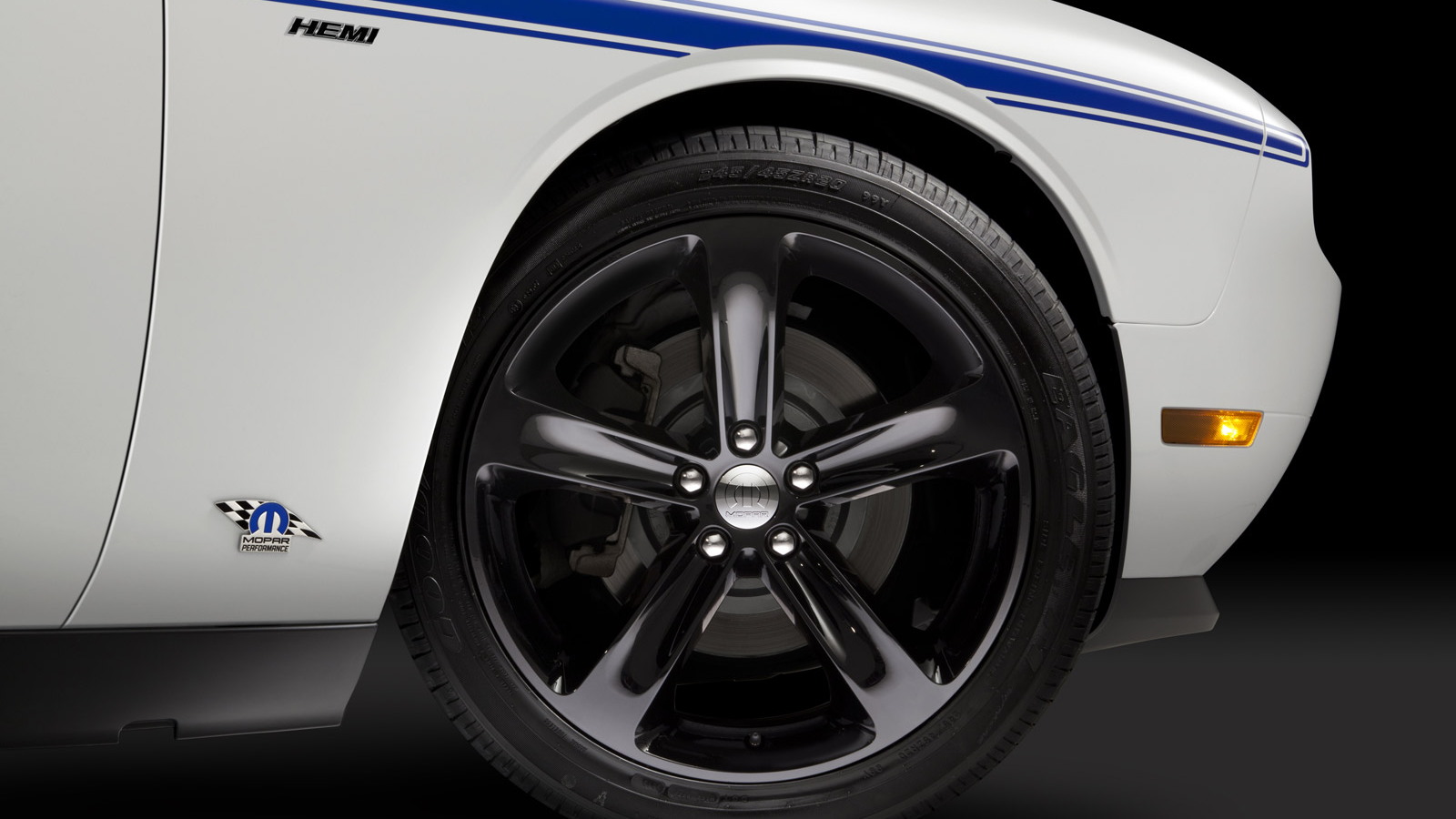 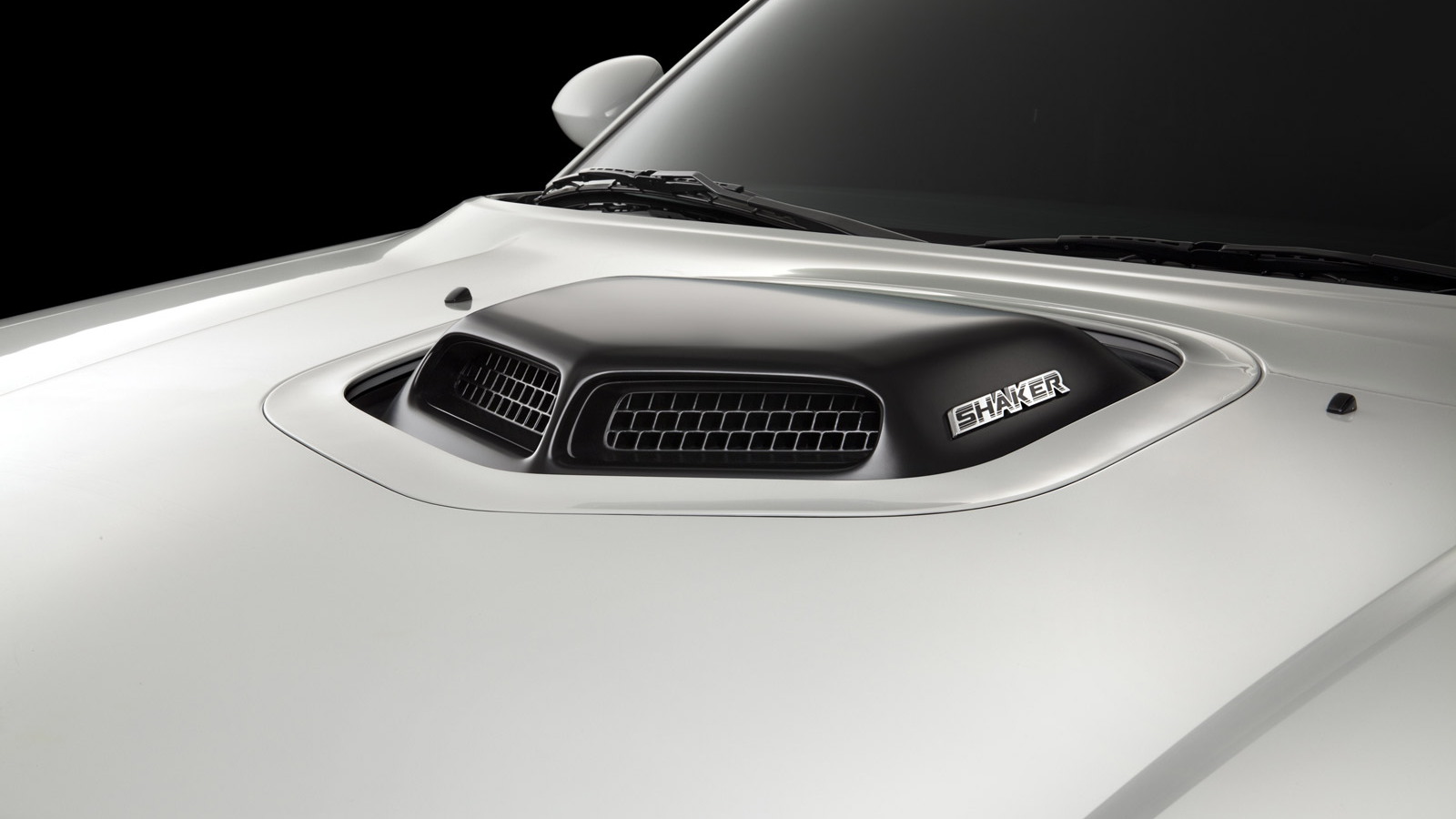 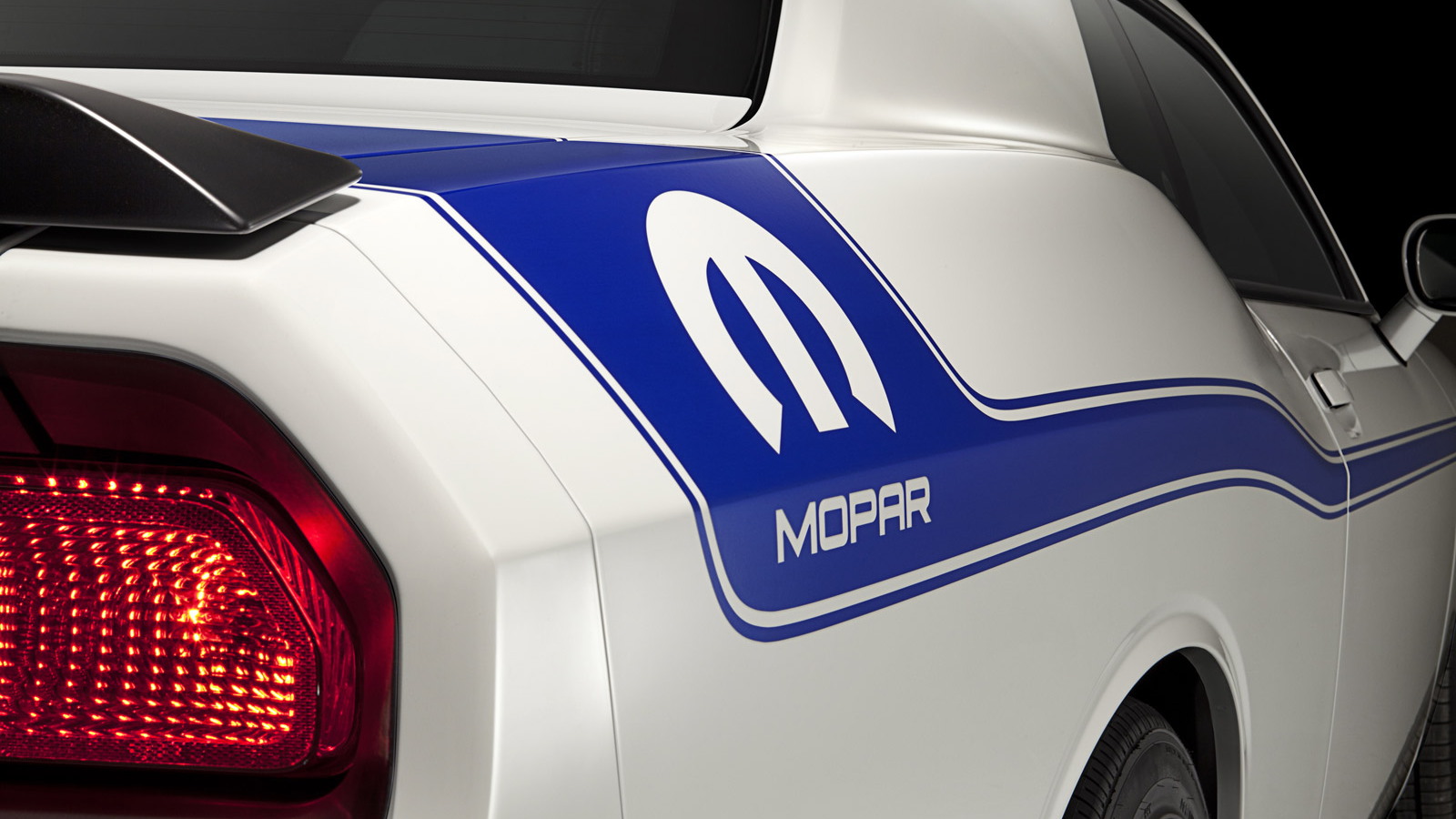 9
photos
Dodge unveiled a special model at last year’s SEMA show, the Mopar ’14 Challenger, the latest in a long line of Mopar-enhanced models that started in 2010 with the original Mopar '10 Challenger. Well, the latest one has proven so popular that all 100 examples destined for production have sold out. That might not sound impressive considering only 100 were available, but incredibly all 100 examples sold out less than 24 hours after sales commenced.

WATCH: This Is What A 1,200-HP Hennessey Cadillac CTS-V Wagon Sounds Like On The Dyno: Video

Many unique features contributed to the Mopar ’14 Challenger’s quick run, including two exterior color options and three Mopar Blue stripe options. The vehicle is based on the 2014 Dodge Challenger R/T Shaker, which means it comes with Chrysler’s 5.7-liter HEMI V-8, good for 375 horsepower. But the car also gets 20-inch aluminum wheels with a glossy black finish and Mopar center caps, a custom grille surround, black fuel-filler cap, black badging and a subtle deck-lid spoiler.

Of the 100 orders, 52 customers chose the Pitch Black exterior paint version, while 48 opted for the newly offered Bright White option. The traditional Shaker stripe proved to be the most popular graphic chosen, followed by the bodyside decal and then the rocker stripe. Other popular options included hood pins, Mopar badges, a catback exhaust, and a car cover.

The good news for Challenger fans is that many of the features found on the Mopar ’14 Challenger is available from the Mopar catalog, meaning enthusiasts can still build their own similarly personalized muscle car.

Note, Dodge is working on an update for the Challenger for the 2015 model year, and no doubt we’ll see a Mopar-enhanced version of this car too.