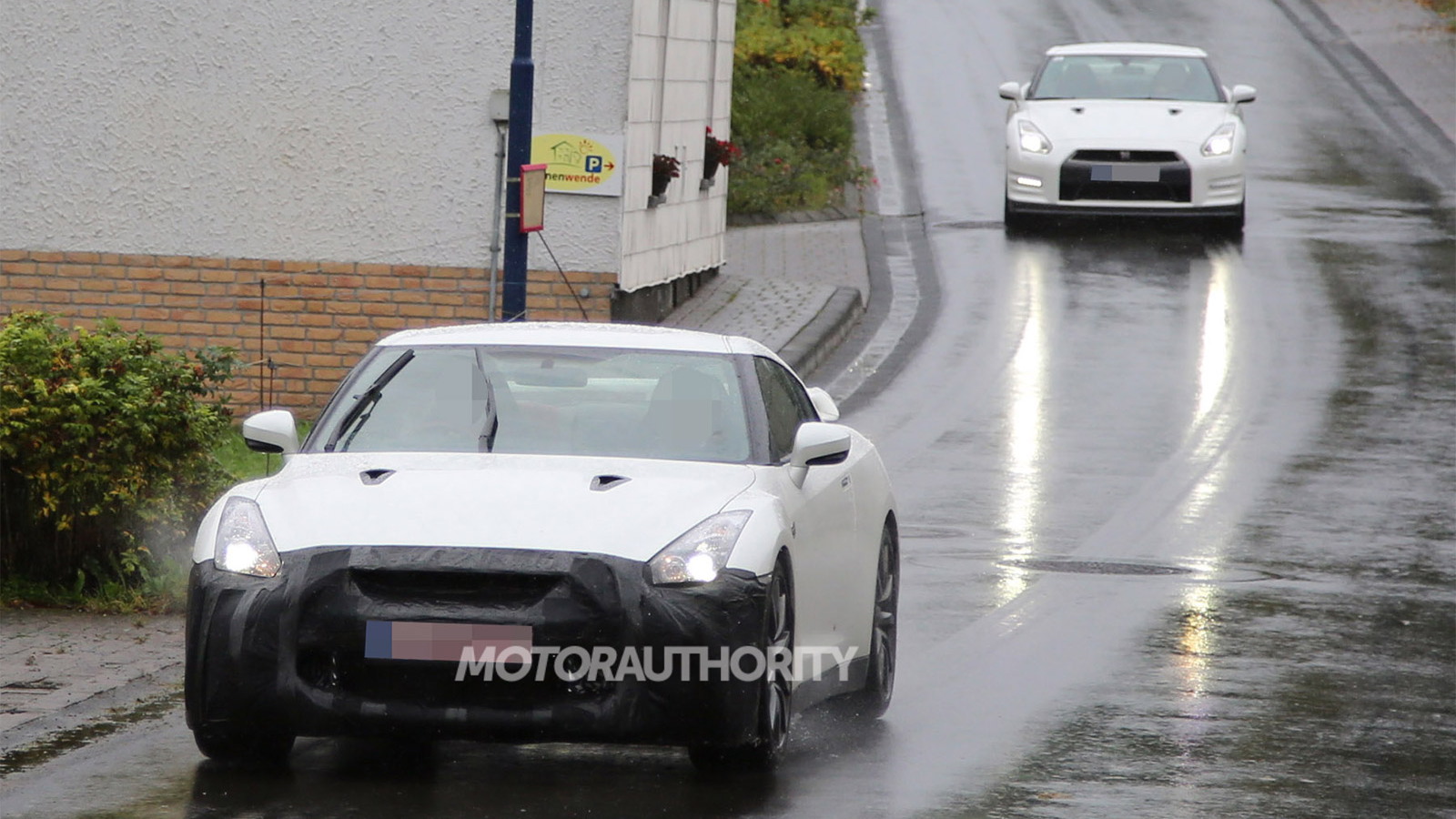 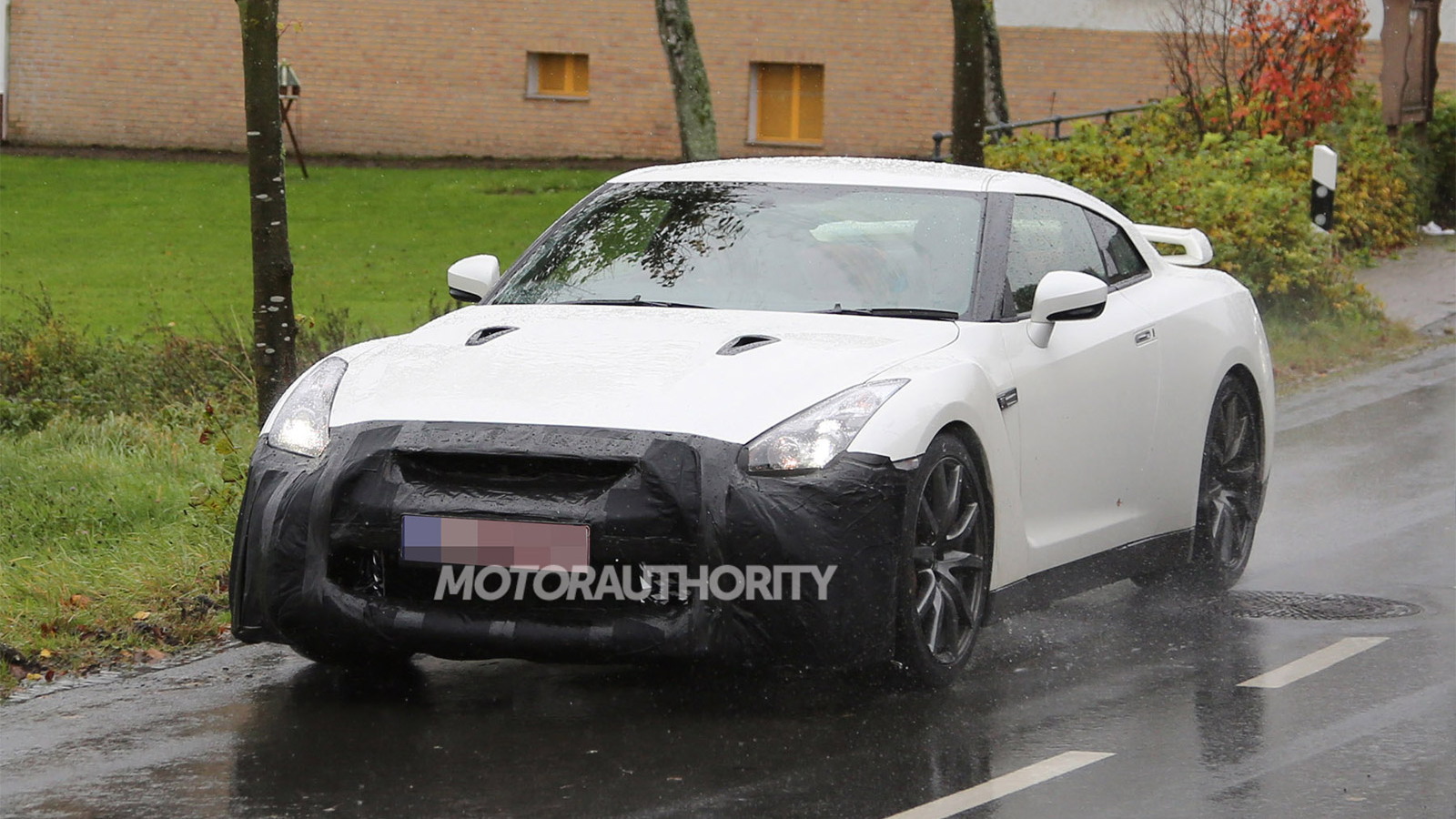 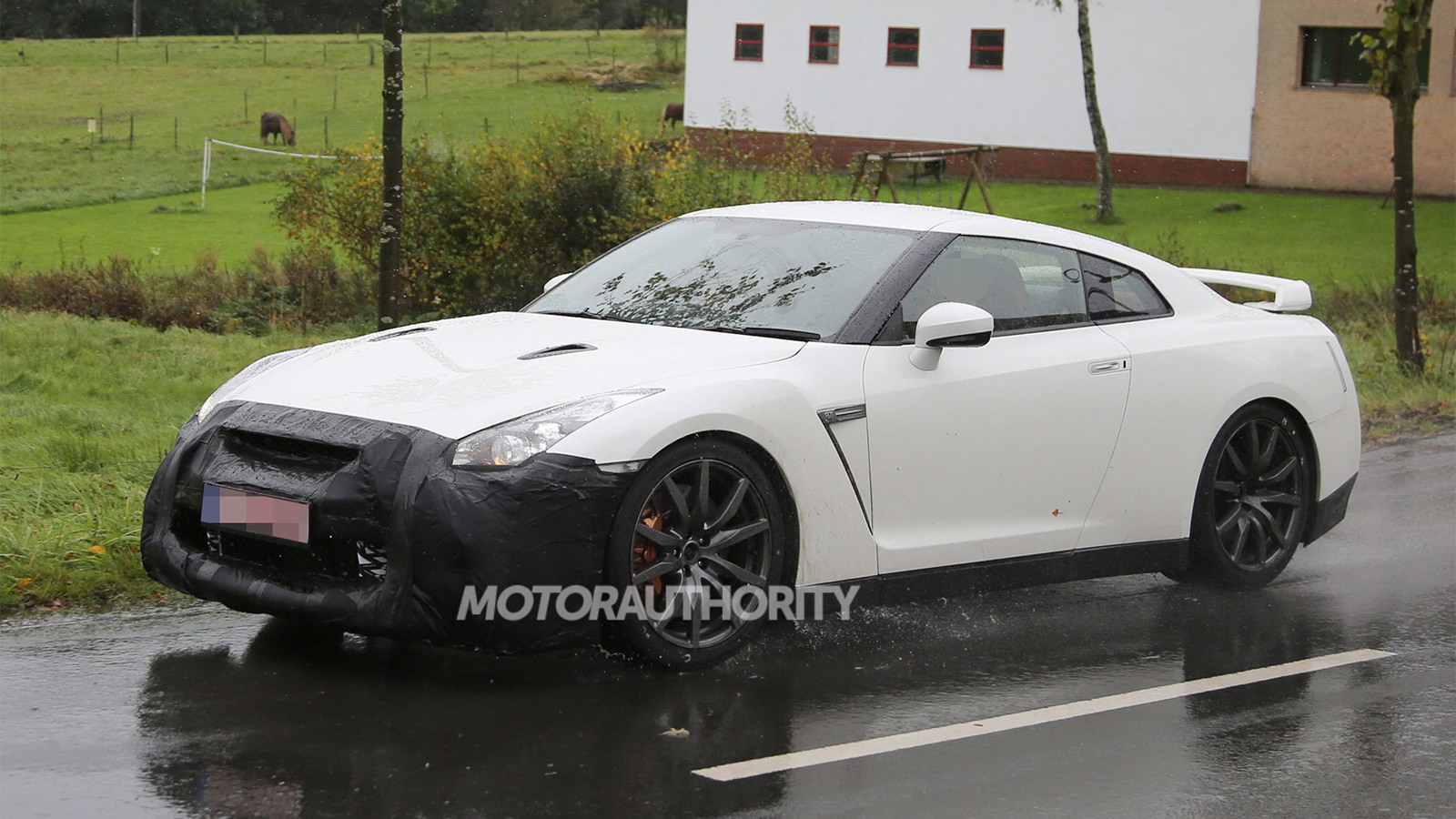 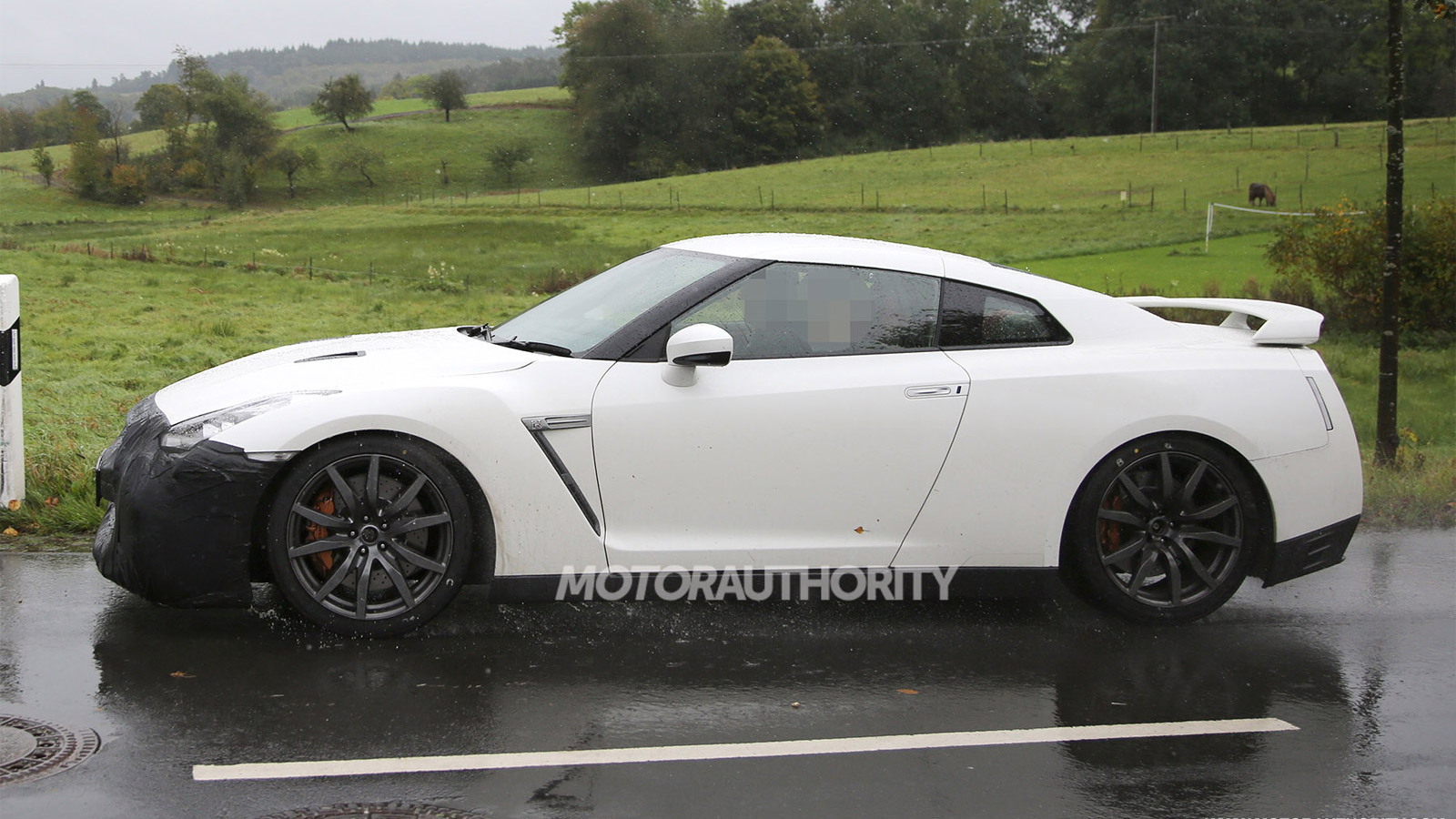 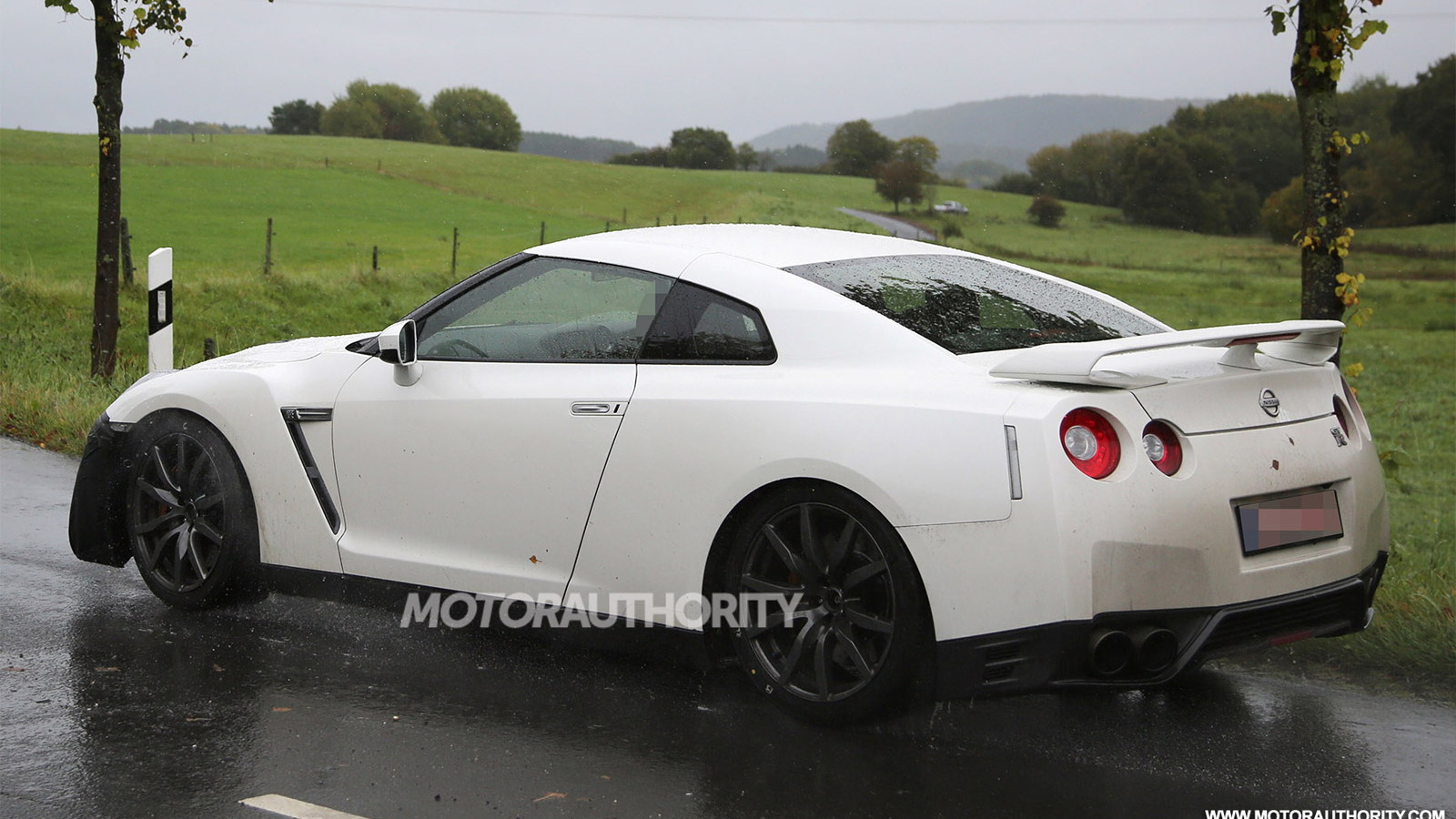 We’ve been hearing a lot about Nissan’s next-generation GT-R, the R36, in recent months but the car’s arrival is still likely years away as we’re yet to see any prototypes. And considering Nissan has been implementing yearly updates for the R35 ever since the model's 2009 launch, it’s safe to assume the automaker has one or two more updates planned for the current car before it finally introduces the R36.

It should come as little surprise then that an R35 wearing some heavy camouflage gear on its nose has been spotted near the Nürburgring race track in Germany. While it’s possible we’re looking at an early test mule for the R36, our sources tell us engineers are testing a facelifted version of the R35 that’s likely to be introduced for the 2016 model year.

We can clearly see the bumper, though masked, features a new design. The shape of the grille aperture is new, appearing more hexagonal, and the opening where the GT-R badge normally sits is also new, taking on a V shape that’s set to become a signature design element of future Nissans.

There’s no word yet on any new mechanicals but given Nissan’s current pattern with its GT-R updates there’ll likely be a few features aimed at producing quicker lap times. The GT-R is expected to eventually get a hybrid powertrain but this is not expected until the arrival of the R36.

Look for a reveal of the updated R35 towards the end of 2015 or early the following year.