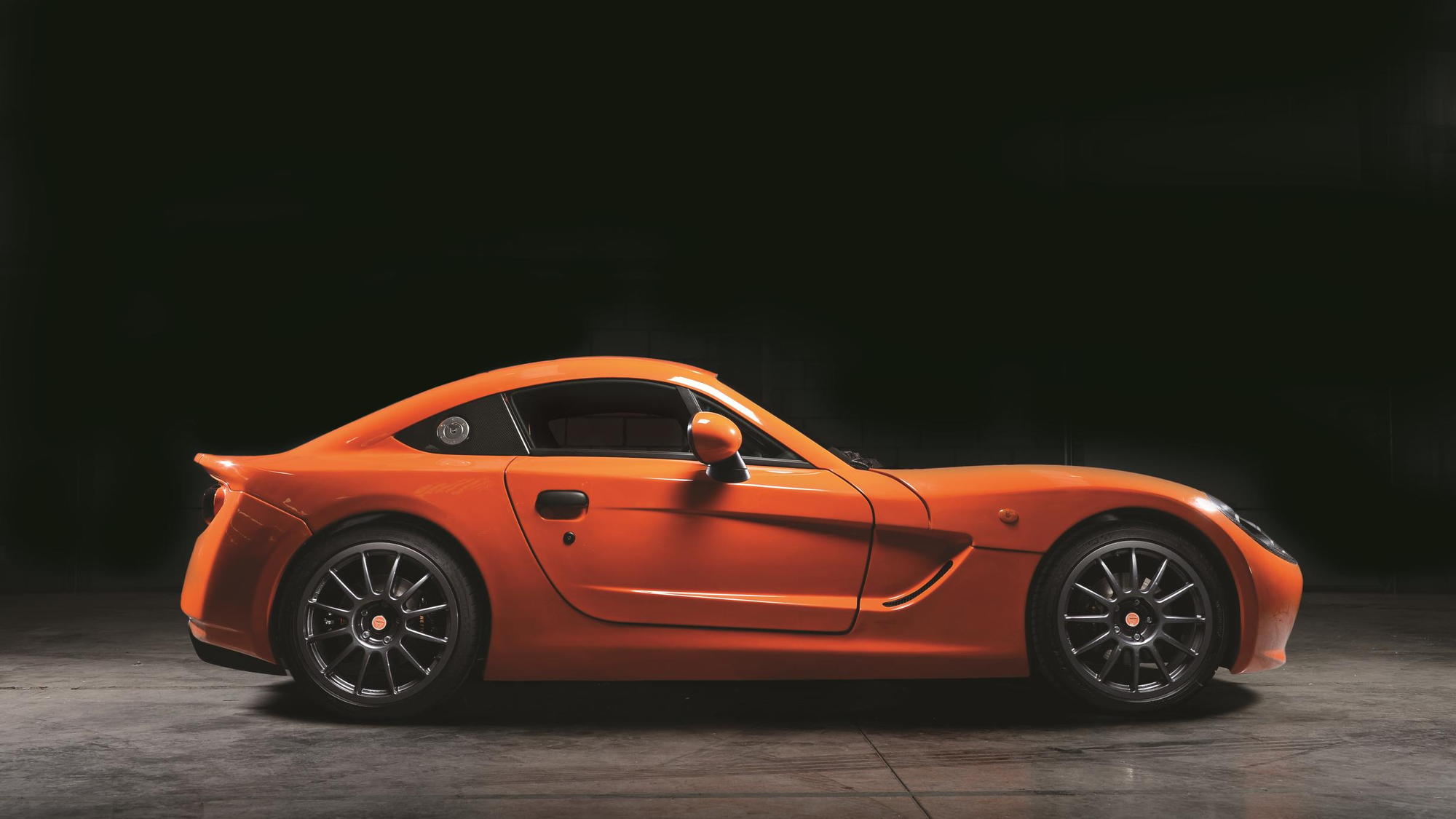 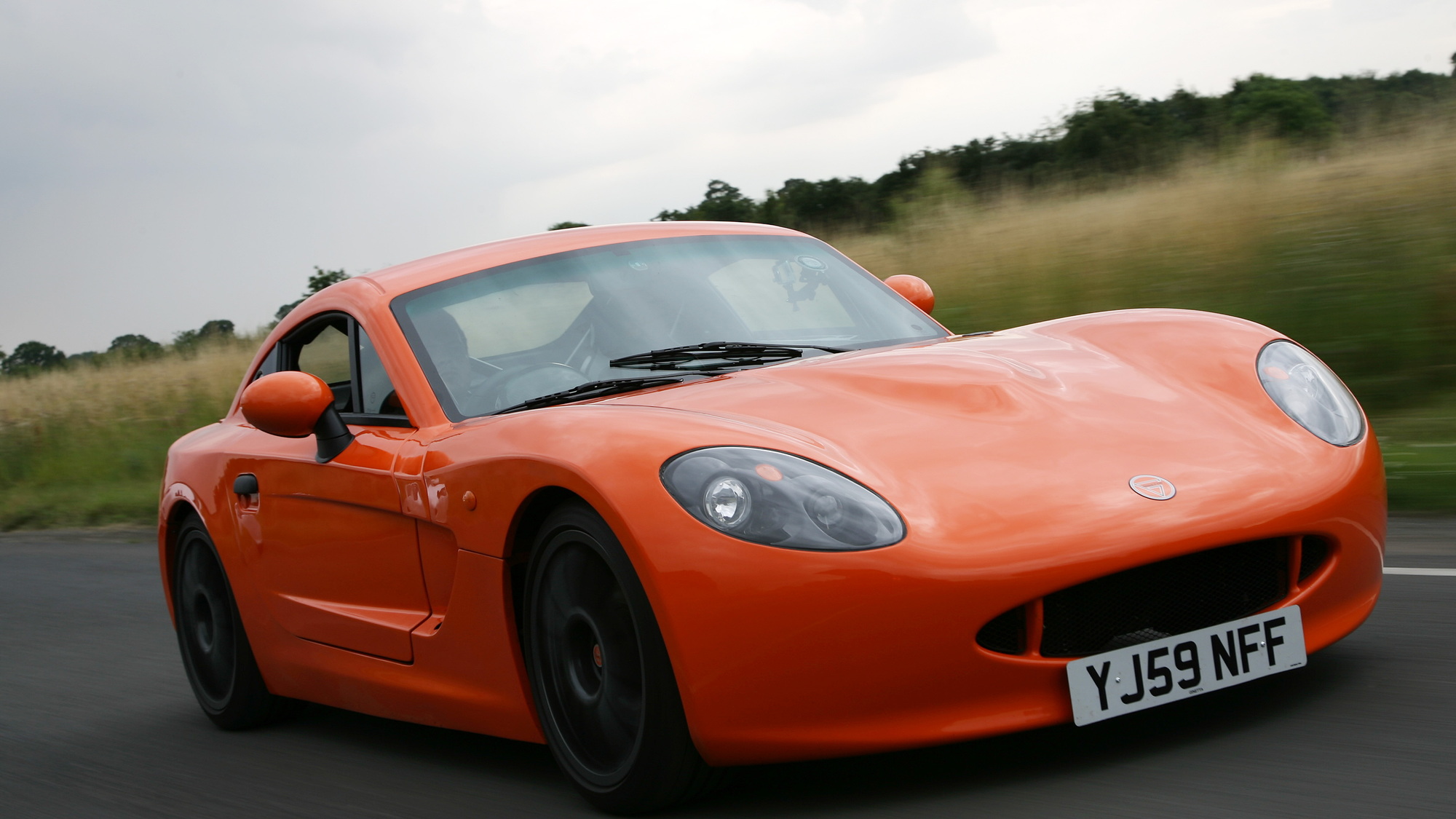 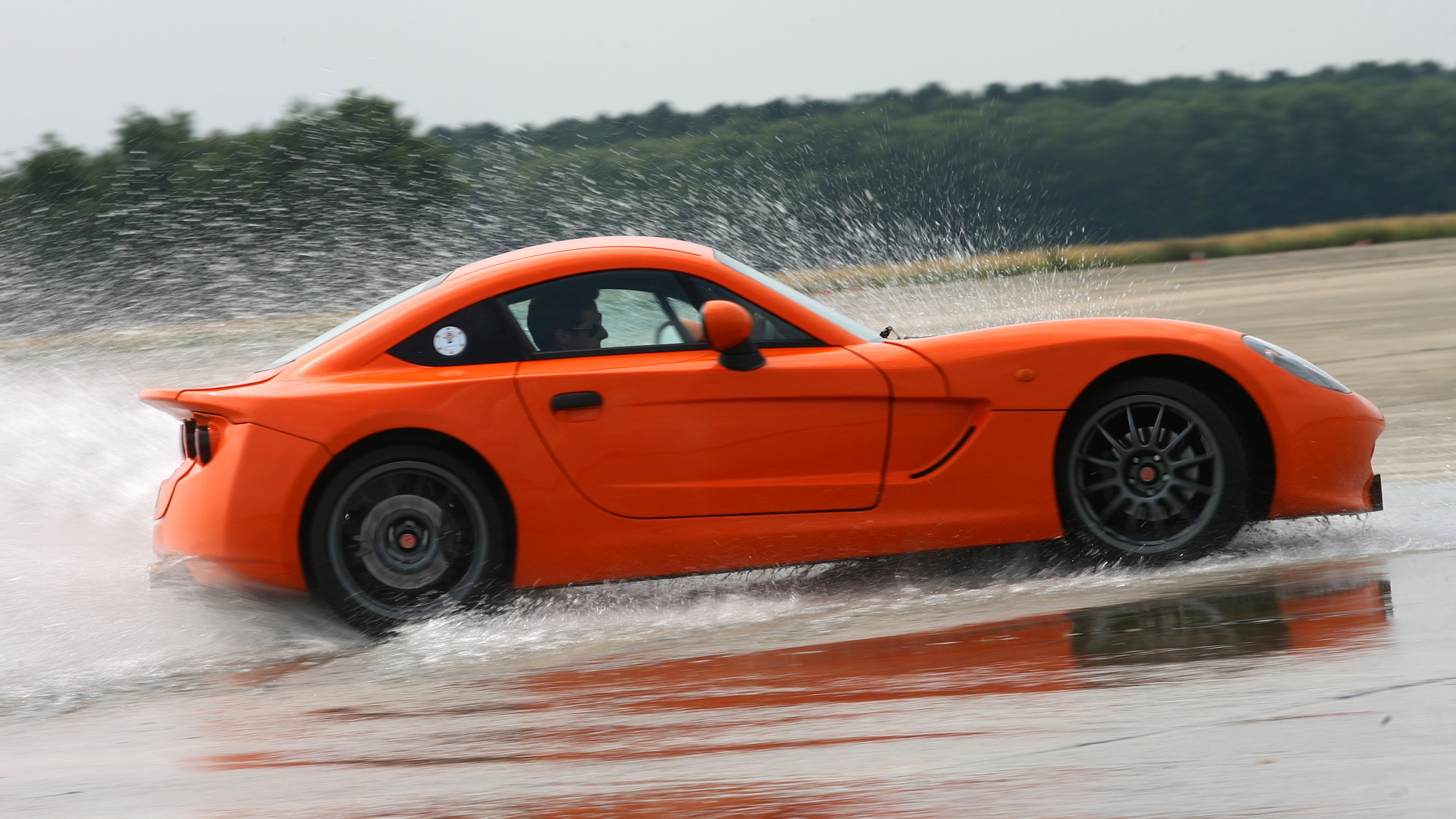 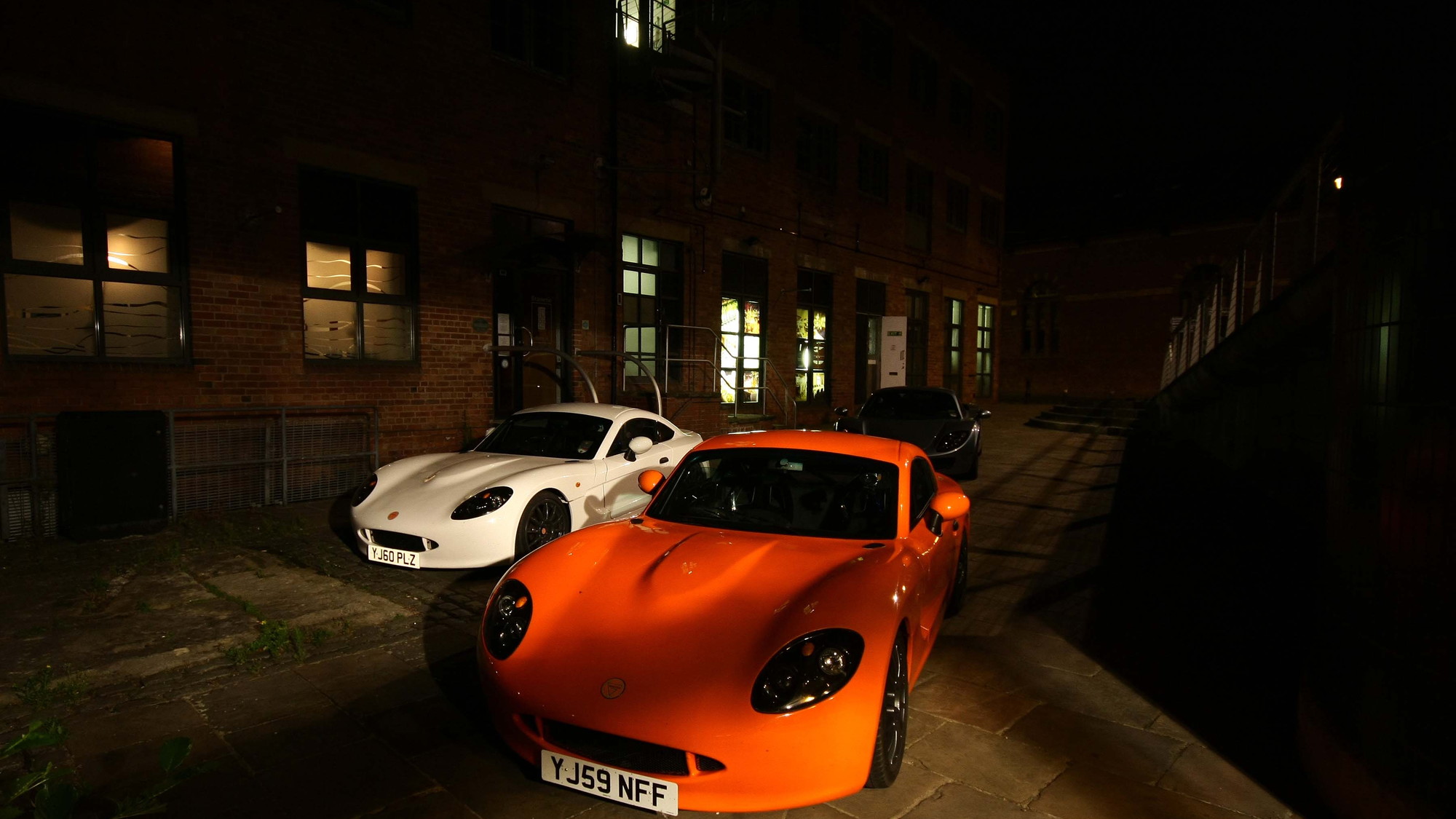 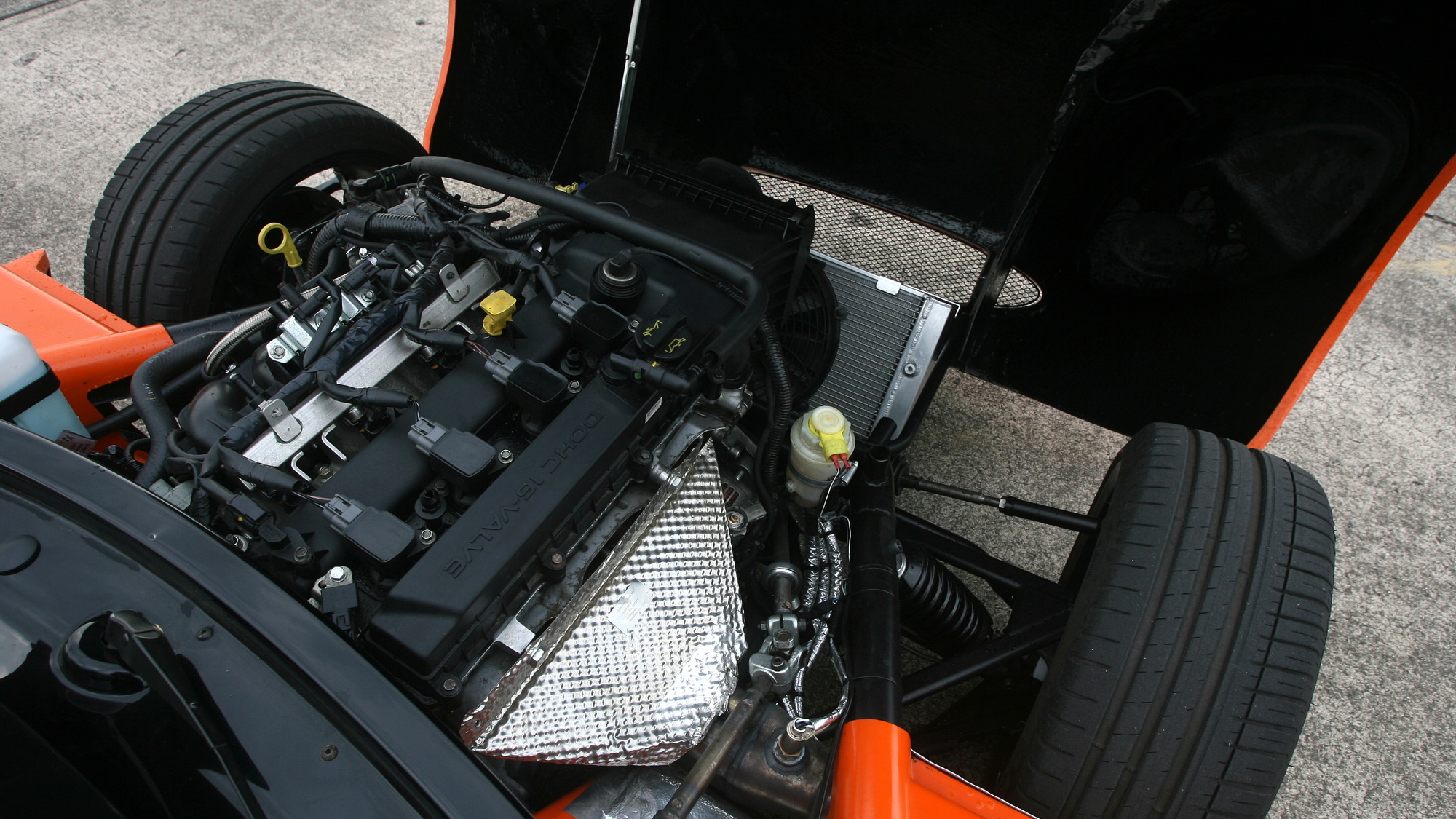 7
photos
Think of lightweight British sports cars and the first name that probably comes to mind is Lotus. To head straight for the Norfolk-based brand would be to dismiss plenty of other small British sports car makers though, among them Ginetta.

Little known outside of the U.K., Ginetta has been around since 1958 and has a long history of light, compact and beautifully-styled small sports cars. The latest is the G40R--a barely disguised race car for the road.

Many companies make such claims, but Ginetta can actually back it up. The 'R' is based on the regular Ginetta G40, used in the Ginetta GT5 Challenge and the Ginetta Junior Championship. The latter pits young racing drivers just 14-17 years old against each other on the track, supporting the respected British Touring Car Championship. As such, it's a great springboard into higher-level motor sport, and the G40's rear-wheel drive chassis teaches drivers everything they need to know about car control.

The Junior cars use a 1.8-liter Ford Zetec engine detuned to just 100 horsepower, but with a curb weight of only 1,764 pounds they're still capable of producing excellent racing in the youngsters' hands. Regular G40s produce a throatier 165 horsepower, sent to the rear wheels via a six-speed Quaife sequential transmission.

If anything the road version is the most exciting. Power comes straight from another sports car, a tuned version of the 2.0-liter MZR four-cylinder found in Mazda's MX-5 Miata. In the G40R it develops 200 horsepower and uses the Mazda's six-speed manual transmission for snappy shifts, but with the Ginetta's flyweight 1,753-lb mass the 0-62 sprint takes only 5.8 seconds, and top speed is 140 mph.

The G40R is based on an FIA-approved spaceframe chassis with front and rear double wishbone suspension. There's an FIA-approved fuel cell, a set of race-spec alloy wheels and two light-weight racing seats. Despite a car that Ginetta claims you could take to the track, win a race with and drive home again, it still includes options such as air conditioning and upgraded trim--along with racier parts like a five-point harness and an on-board fire extinguisher.

It's actually been around in the UK for almost two years now, and the race car longer than that--but it has us wondering whether a slightly better-equipped version wouldn't make a great Subaru BRZ/Scion FR-S rival in the U.S.

The G40R and larger G60--which we covered a few years back--will both appear at this year's Salon Privé at Syon Park in West London.