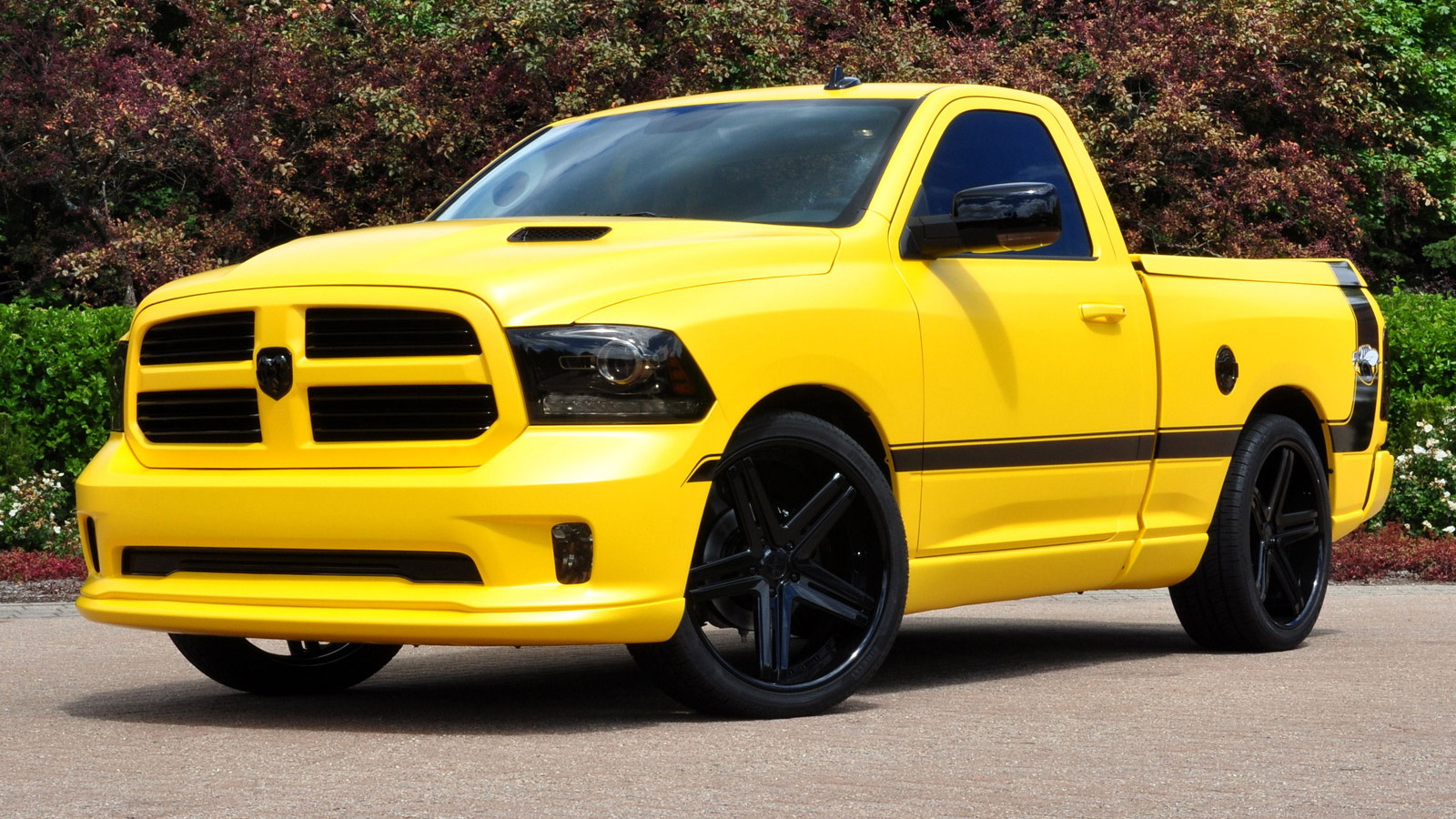 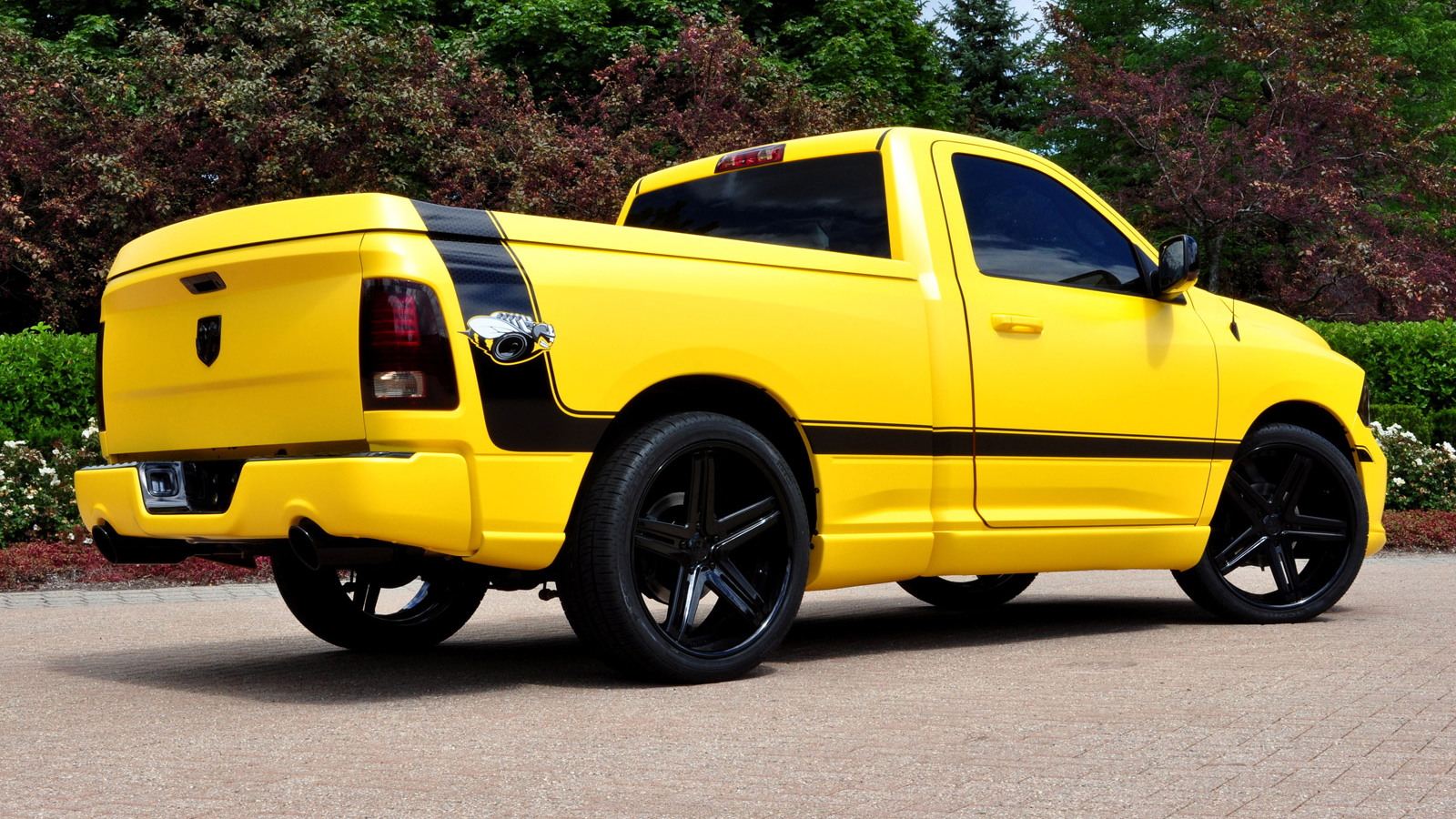 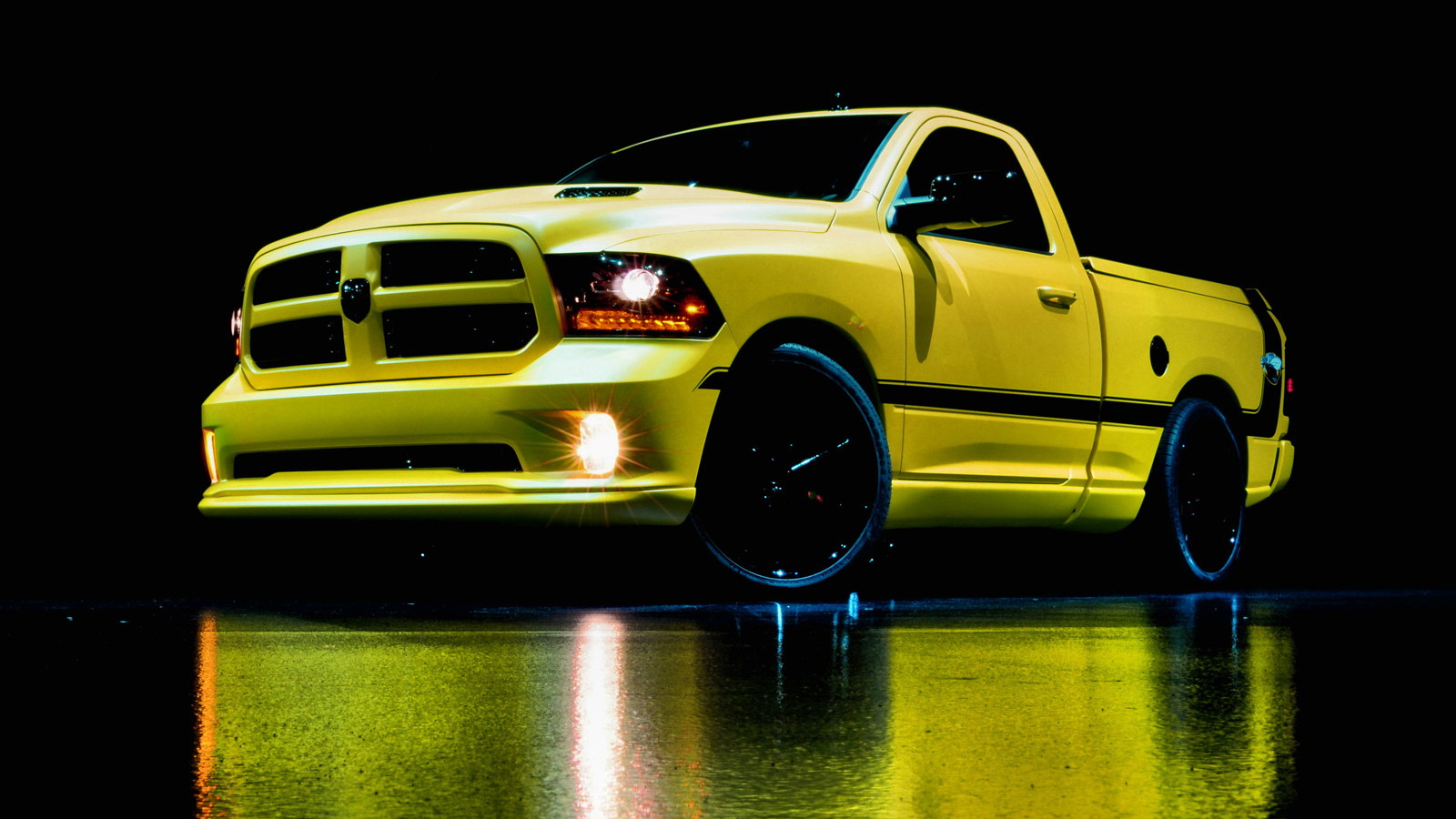 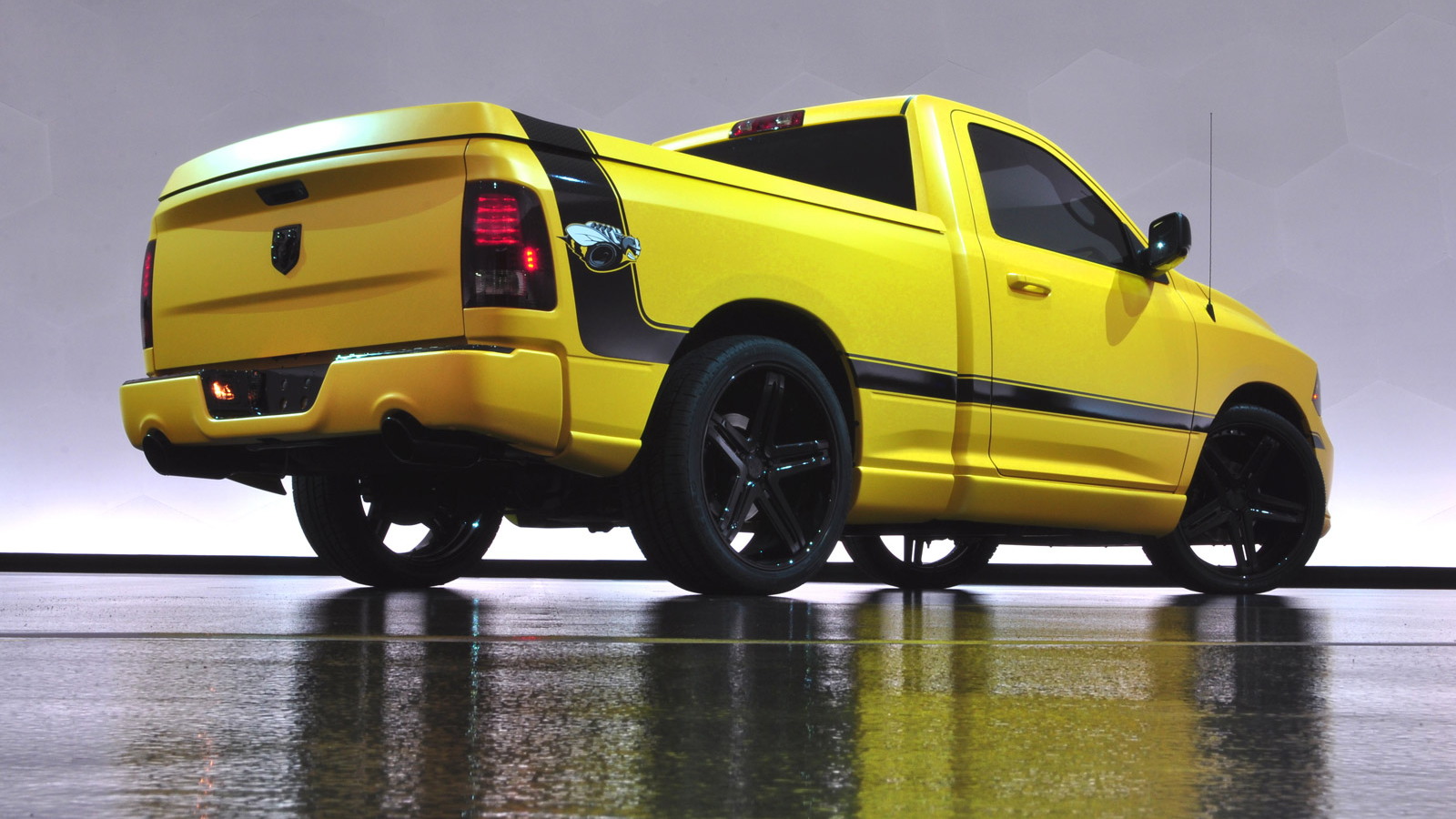 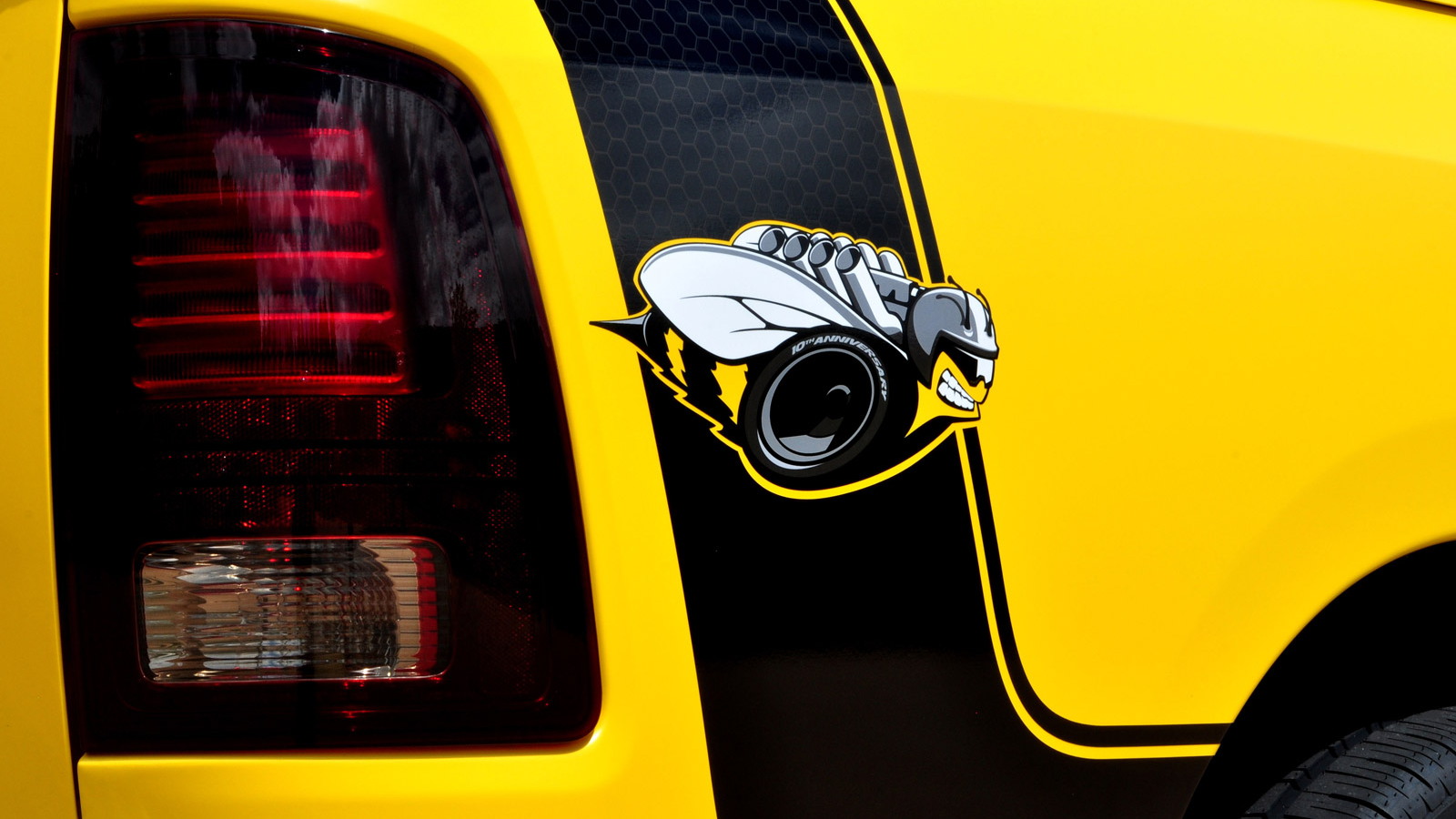 9
photos
It was ten years ago that we first saw a Ram Rumble Bee introduced. Inspired by the Super Bee muscle car of the late '60s, the vehicle came with a 5.7-liter HEMI V-8 good for 345 horsepower and a sporty body kit to match the grunt under the hood.

This weekend, at the 2013 Woodward Dream Cruise in Detroit, Michigan, Ram unveiled a modern version of the popular performance pickup, celebrating the heritage of Ram’s unique truck designs that include the Lil Red Express, Warlock and Power Wagon.

The latest Ram Rumble Bee is officially a concept. It is based on a 2013 Ram 1500 R/T and features a two-door body and 2WD configuration. Power once again comes from a 5.7-liter HEMI V-8, this time with 395 horsepower and 407 pound-feet of torque on tap. The engine is mated to an eight-speed automatic and drive is sent to the rear wheels through a 4.10 gear set for quick jumps off the line.

The bright exterior color is known as Drone Yellow and this is contrasted by gloss black elements on the hood, around the top of the bed and over the Mopar tonneau cover. More Mopar items include a body kit, cold-air intake and a special exhaust system. Yes, designers have added buttons on the dash that allow the driver to control exhaust cutouts to bypass the Mopar cat-back dual-exhaust system. There are only two settings: loud and louder.

Hopping inside, you’ll find yellow and black trim, “Rumble Bee” lettering and custom floor mats and door bolsters. The highlight is an actual amber-encased bee mounted into the eight-speed rotary shifter knob that lights up to expose a honeycomb background.