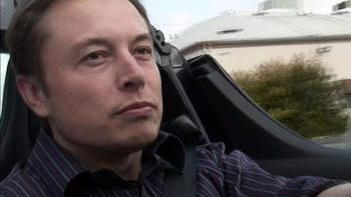 6
photos
After first dropping hints a year ago on a revolutionary form of transportation dubbed the Hyperloop, Elon Musk, CEO of Tesla, has now revealed the details behind the concept. Musk, one of few men in history to have ever established two completely unrelated billion dollar firms, could be on his way to adding a third to his name.

Detailed in a 57-page document posted on the Tesla Motors [NSDQ:TSLA] website, the Hyperloop promises to transport people (and even whole cars) between major cities via pods traveling through tubes at speeds of up to 800 mph. Musk was prompted to come up with the idea after determining that California’s new high-speed train system, with a bill of $70 billion, was simply too expensive, too slow and too impractical.

Musk predicts his Hyperloop could be built for $6 billion to transport only people and $10 billion if cars are to be transported as well. It would essentially be four times as fast as the state system and ten times cheaper to build. Construction would take approximately 10 years.

But what exactly is the Hyperloop? It is similar to a pneumatic tube system which can propel a pod using compressed air or a partial vacuum. Each of the pods would feature electric turbines powered by energy drawn from solar panels attached to the roof of the tube system. These turbines would suck air through inlets at the front of the pod, compress this and route it to skies at the bottom of the pod. The air would then eject from tiny holes located under the skies, providing lift.

To get the pods moving, a maglev system incorporating more electric motors would be used. At the destination, energy could be recovered when slowing the pod down and stored in a battery for the next acceleration phase. Such systems are already in use at theme parks for roller coasters. The pods won't be traveling in a complete vacuum but under low air pressure.

To avoid creating a sonic boom, which would likely annoy locals, the temperate inside the tubes would be between 70 and 80 degrees F (15 and 21 degrees C). Higher temperatures increase the speed of sound from a baseline of 768 mph at sea level, which means the pods could travel at their theoretical 800 mph without creating a sonic boom.

Each pod would hold 28 passengers and depart every 30 seconds. This would allow a five-mile gap between each of the pods which is more than sufficient to slow one down safely in the case of an emergency.

The tubes, meanwhile, would be mounted on columns so that they are much less disruptive to those along the route than traditional train tracks. Farmers, for example, would have full access to the land between the columns. Musk says this design would also be more resistant to earthquakes.

The tubes would be no more than 900 miles in length because any greater distance, Musk says, would make flying, preferably via supersonic planes, faster and cheaper.

During a conference call yesterday, Musk said he was leaning toward building a prototype of the Hyperloop to prove that it can be done. He also said he was reconsidering his earlier suggestions that someone else develop the technology.

“I have come around on my thinking a bit here,” he said. "Maybe I could do the beginning bit... and then hand it over to somebody else."