Mazda will stream the live reveal of a brand new model via Microsoft’s Xbox Live online gaming platform, the automaker has confirmed.

The new model, likely to be the redesigned Mazda 3 we’ve been spying in prototype form for several months, will be revealed at 9:00 p.m. EDT tonight at a location in New York City, with the event to be streamed live over the Xbox Live network.

For those readers not signed up to Xbox Live, Mazda will also be placing updates on its official website (MazdaUSA.com). Here, a link has been placed that leads users to a Mazda landing page on the website Xbox.com. The special landing page include details of the event and a countdown clock.

Mazda is keeping quiet on just what model will be revealed, though the only new Mazda we’re expecting this year from the Japanese automaker is the redesigned Mazda 3. In the teaser above, Mazda has the phrase "Game Changer," which could imply that the new Mazda 3 will simply be known as the 3, reflecting a new naming policy from the Japanese automaker where the brand isn't included in the name of the car anymore.

The new Mazda 3 is expected to go on sale towards the end of the year, making it a 2014 model. Previous spy shots depicting a prototype of the hatchback variant, showed that Mazda designers have gone with a similar styling theme as that found on the latest Mazda 6.

Under the new sheet metal is a shortened version of the platform underpinning the CX-5 and Mazda 6. Front-wheel drive will remain, with power coming from Mazda’s Skyactiv four-cylinder engine range.

It’s not clear yet what Mazda’s plans are for the high-performance Mazdaspeed variant, but some form of forced induction is likely. 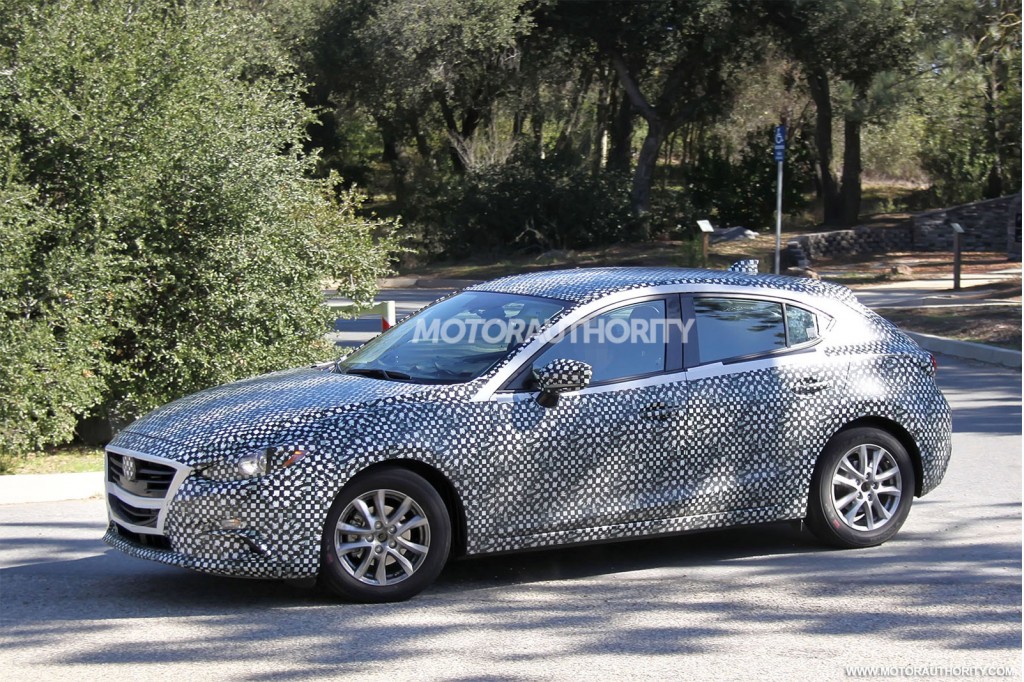