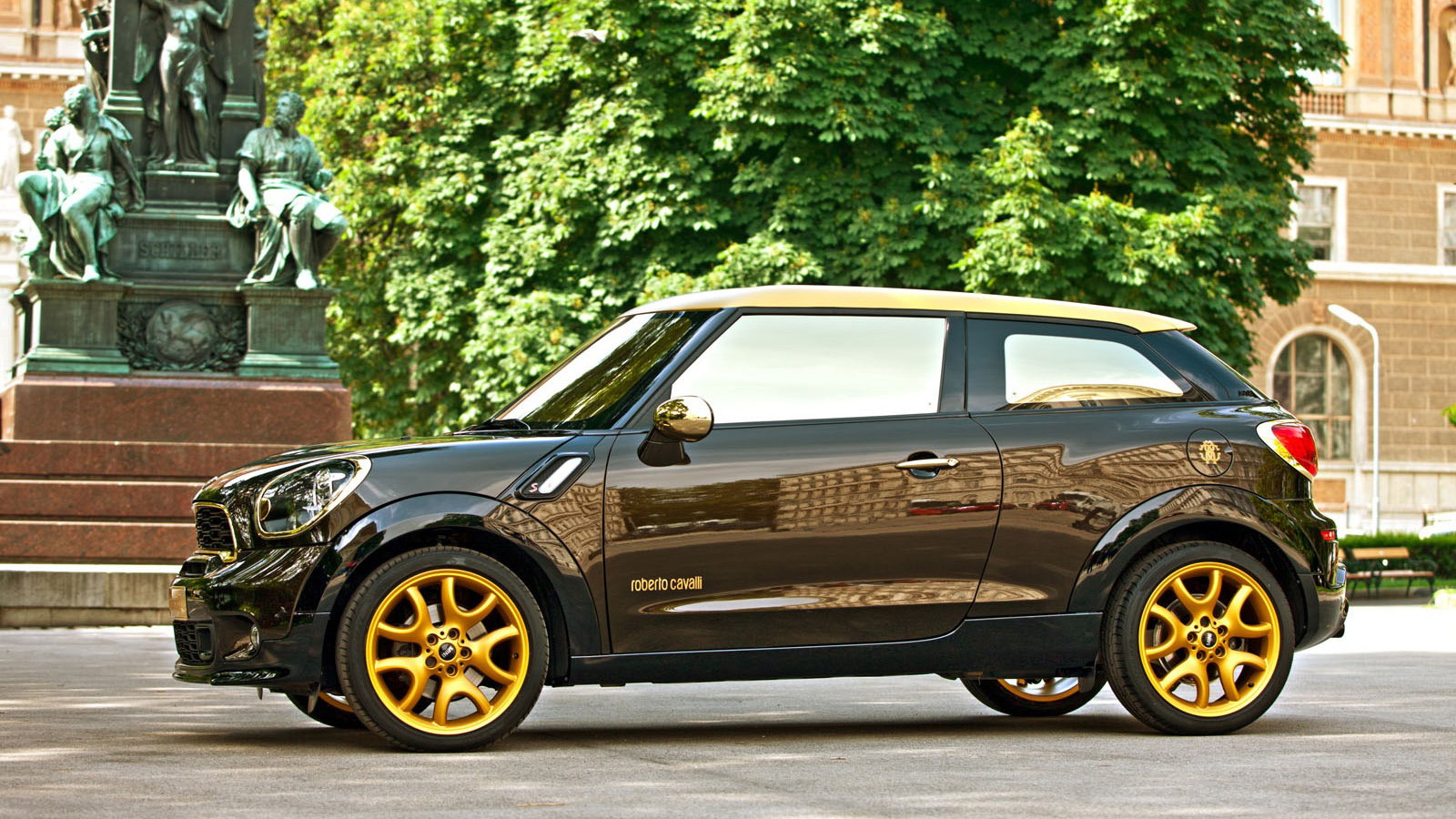 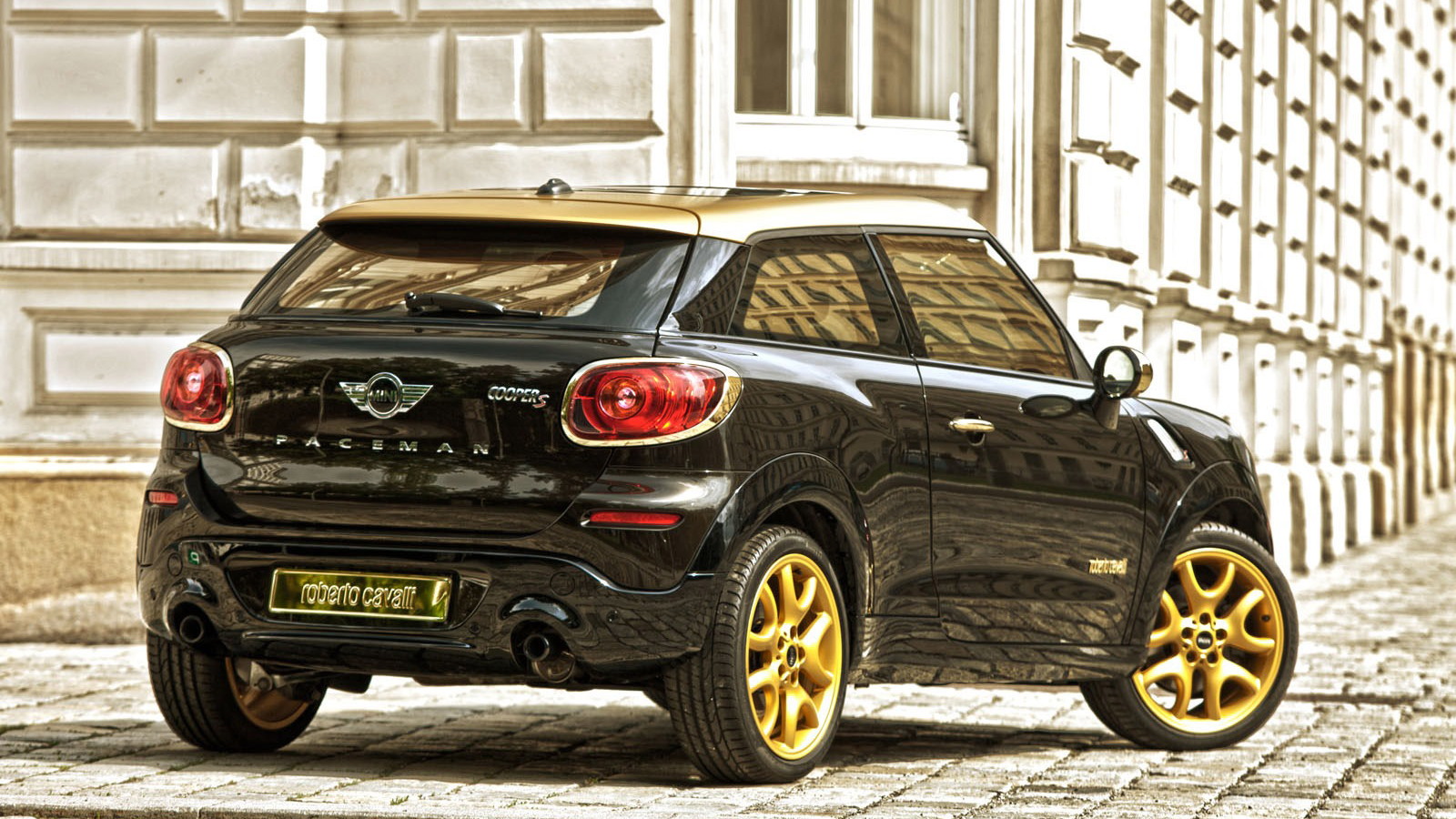 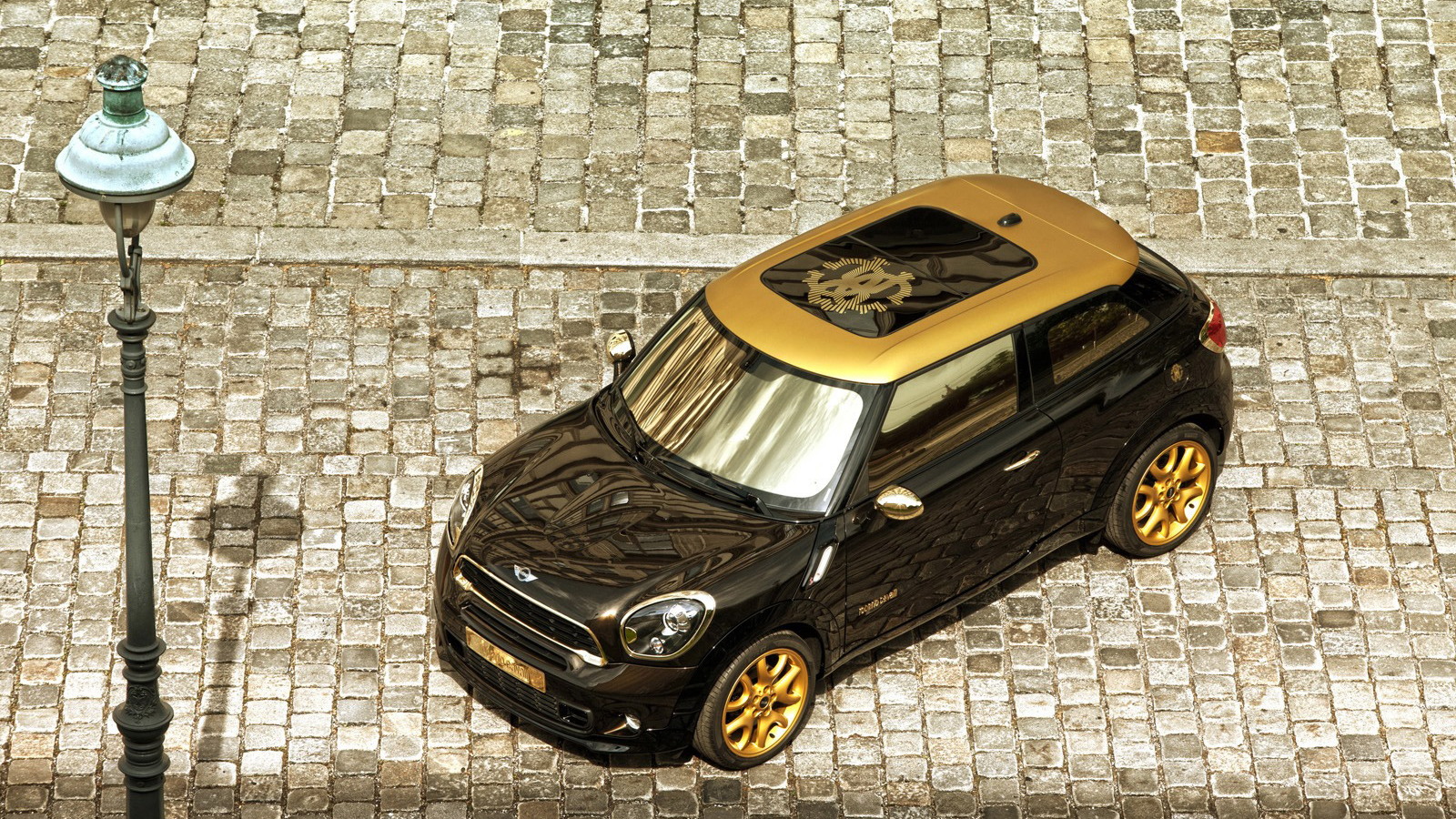 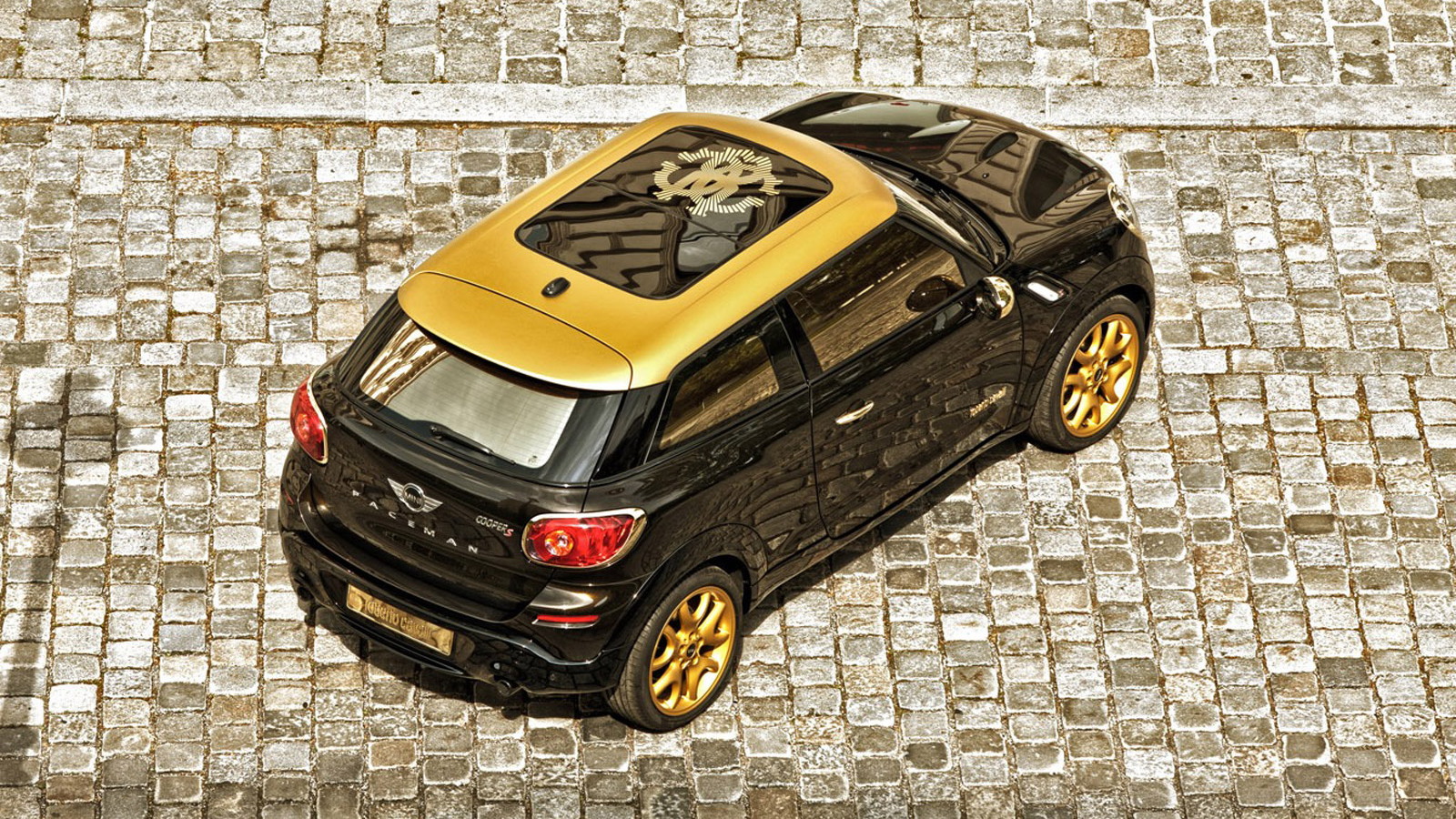 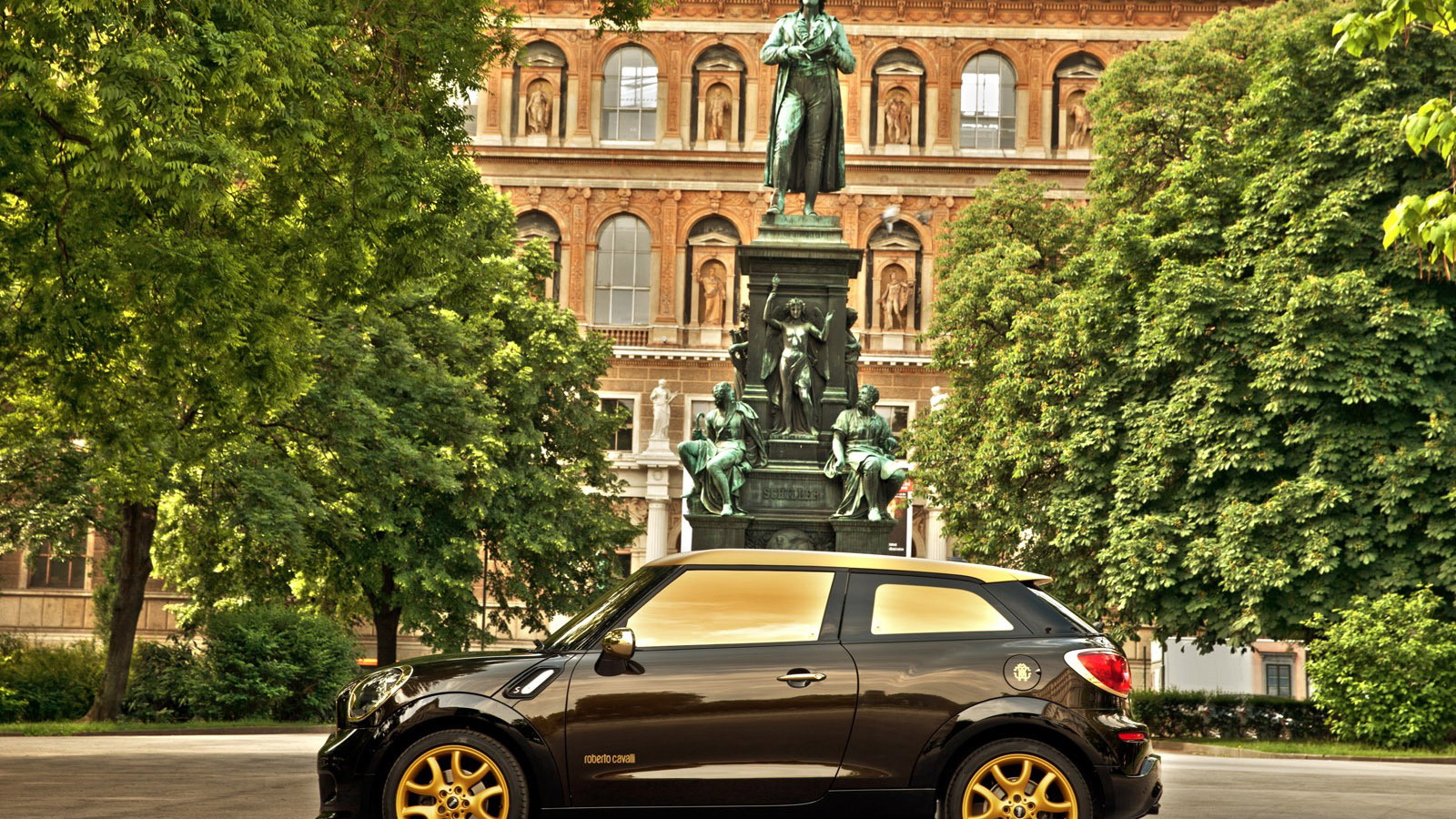 12
photos
This past weekend, MINI unveiled its latest custom ride developed in support of the Life Ball charity event that takes place annually in Vienna, Austria. This was the 13th consecutive year MINI has been involved with the event, which saw a Paceman crossover created by Roberto Cavalli auctioned off for charity.

Cavalli, a noted fashion designer, joins the likes of DSQUARED², Diesel and Missoni, all of which have presented their own custom MINIs for Life Ball and have helped raise more than a million dollars for HIV and AIDS research.

His custom Paceman has an interior swathed in black, with individual gilded elements--such as the decorative stitching on the leather seats and the MINI center speedo surround. The designer’s signature style is further reinforced by the animal prints on the leather-lined steering wheel and parts of the instruments.

The look is carried over to the exterior, which features a special iridescent paint that shimmers between black and brown depending on what angle the light hits it. An expressive Cavalli logo on the roof of the car along with his signature on the doors leave no doubt as to the designer responsible for it.

No changes have been made to the car’s mechanical package. Being a regular Cooper S Paceman, this means the car packs a turbocharged 1.6-liter four-cylinder engine that delivers 184 horsepower.

Cavalli has been involved with Life Ball since 2001, which was the same year that MINI commenced its own partnership with the event.

Of his work with MINI, Cavalli said, “Designing the MINI was a very fun, exciting and stimulating experience. I had to create a car which not only respected and conveyed my fashion, but also my lifestyle--an unusual challenge, but surely a fascinating one.”