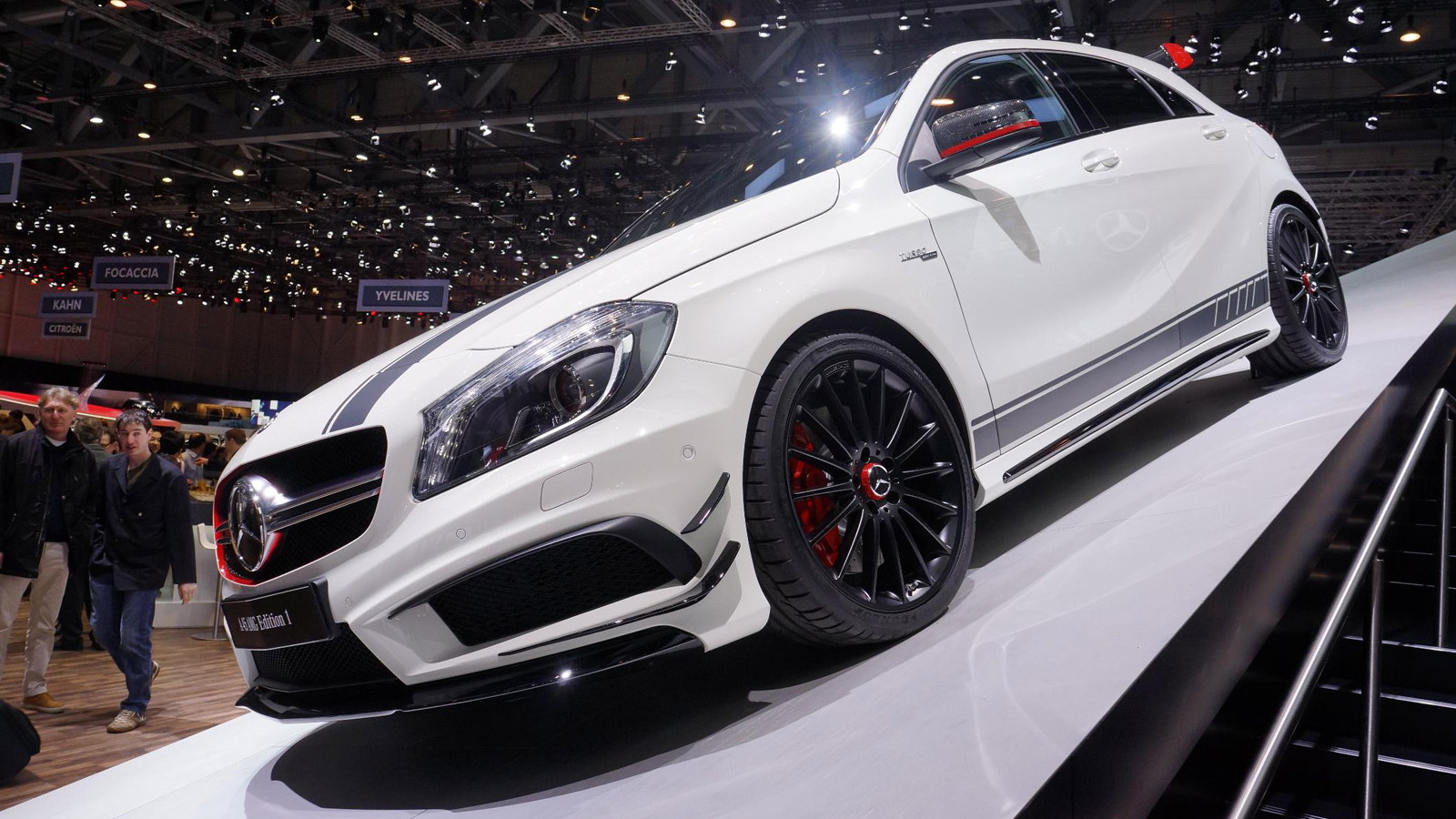 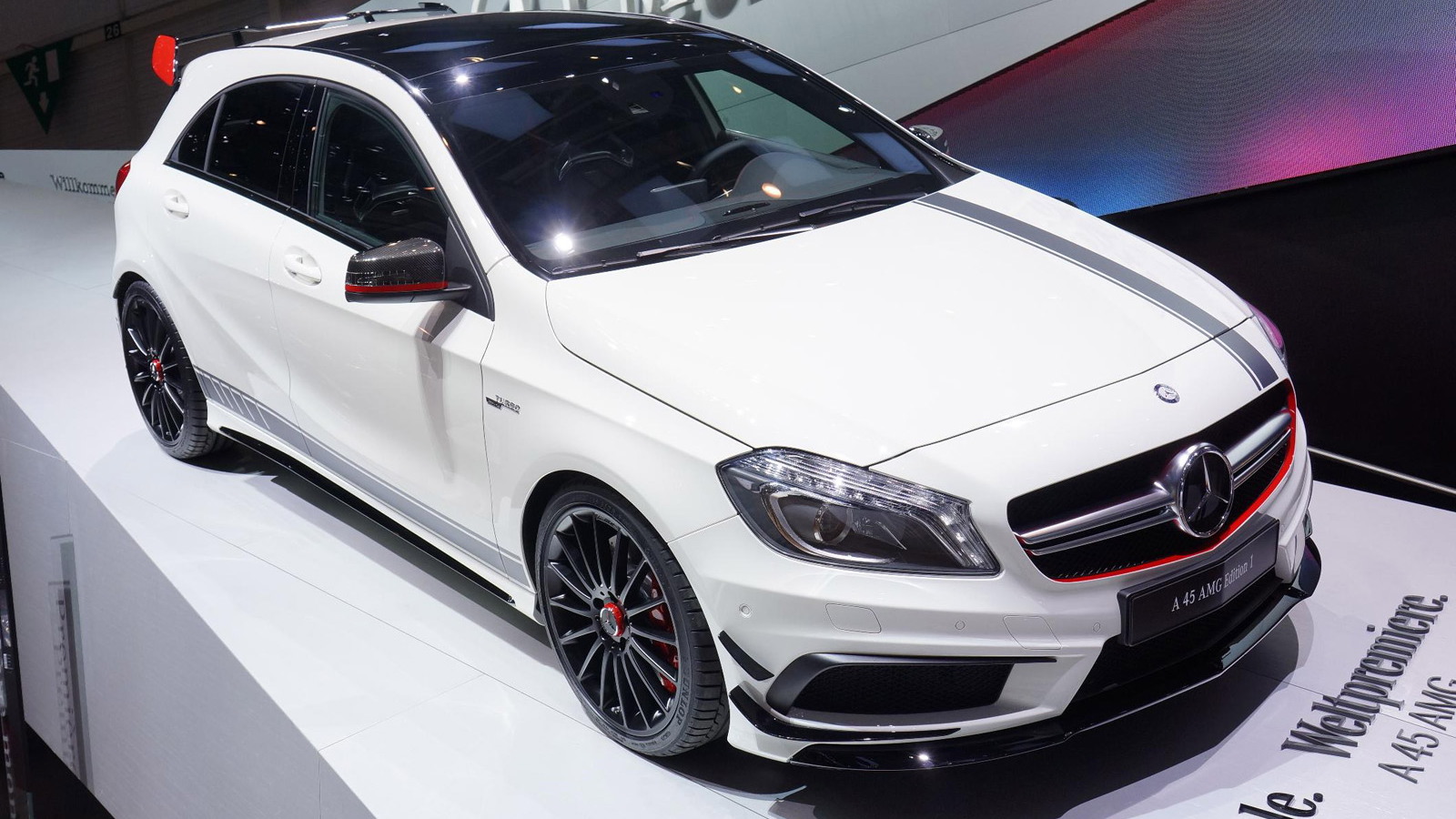 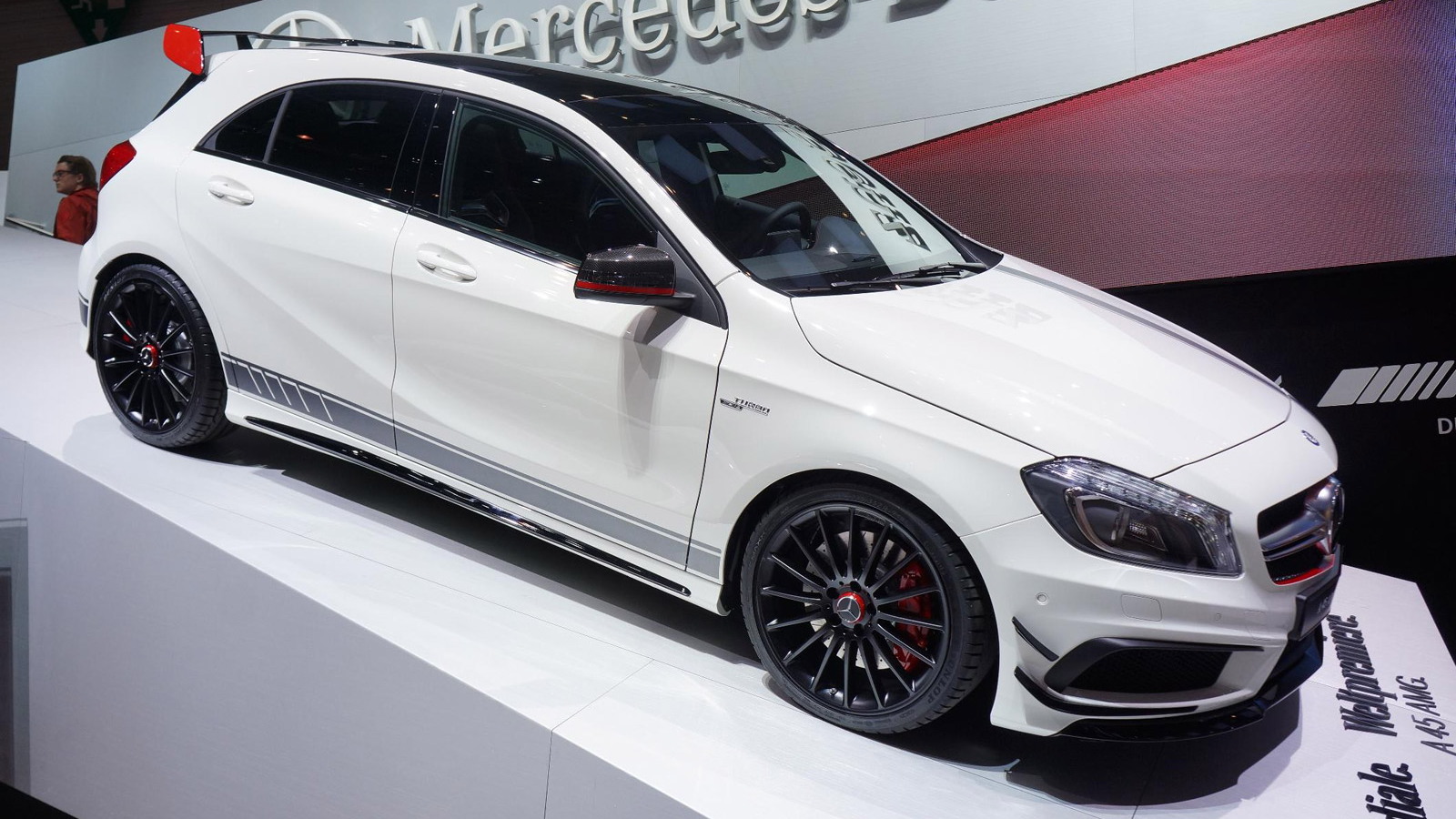 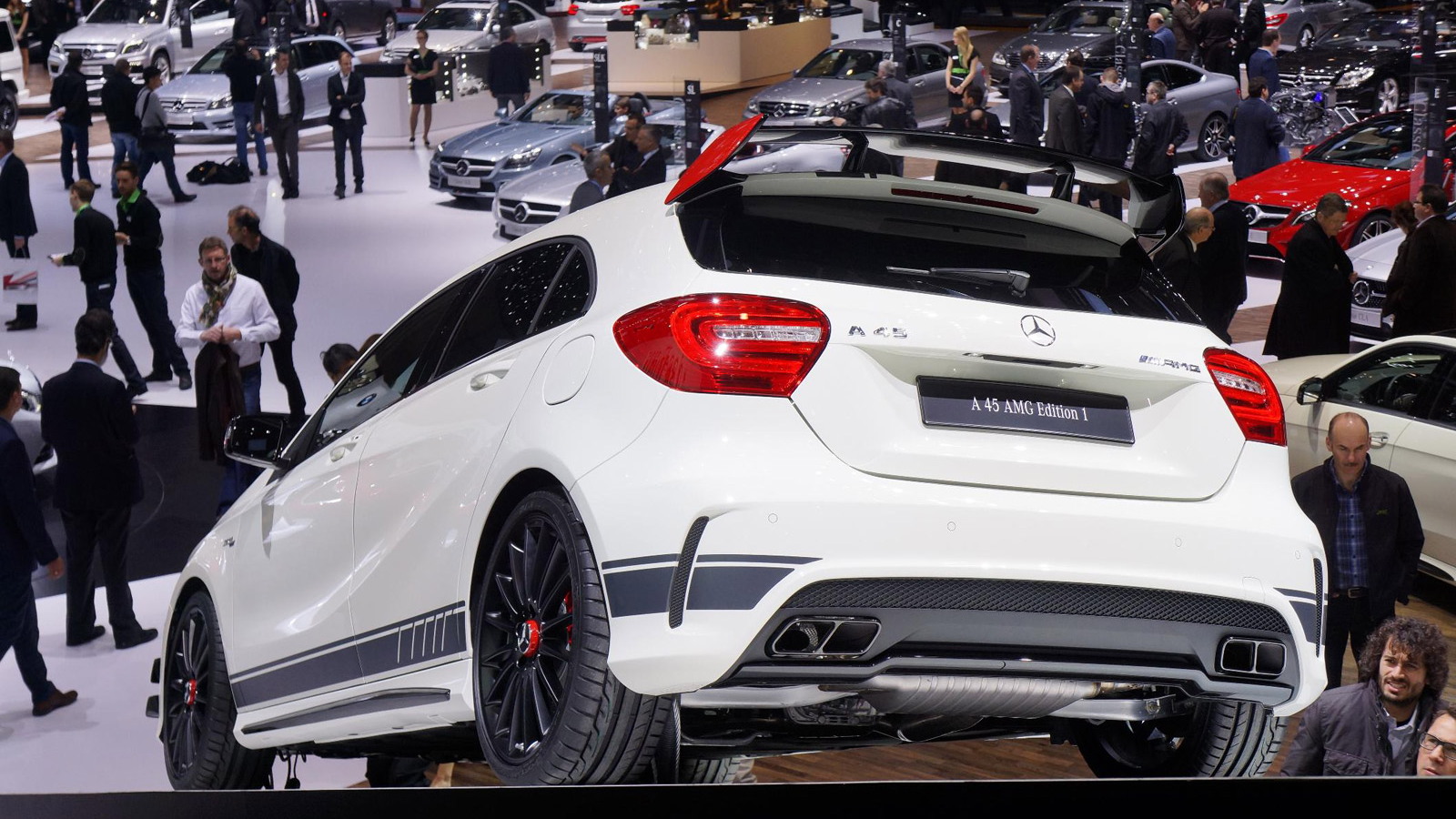 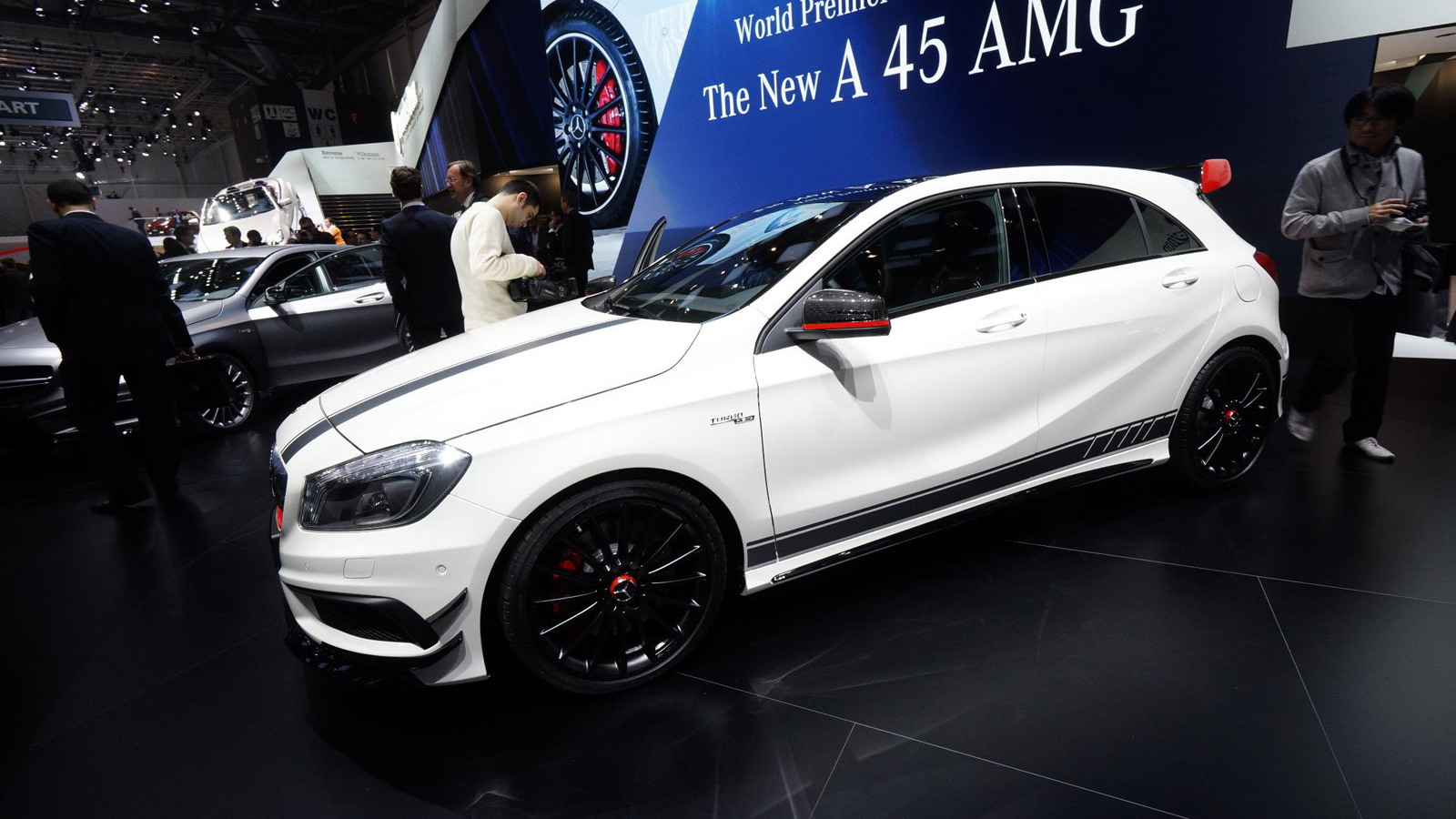 9
photos
The first compact car to wear an AMG badge, the 2013 Mercedes-Benz A45 AMG, has finally made its debut at the 2013 Geneva Motor Show this week.

These live shots of the car confirm it’s just as good in person as it was when we first saw official photos back in February.

The best part is that the car has the performance to match its good looks.

Mercedes’ new A45 AMG sports a turbocharged and direct-injected 2.0-liter four-cylinder engine putting out 360 horsepower and 332 pound-feet of torque. That’s as much as some performance V-8 engines were making not that long ago, and it means the A45 AMG’s engine is currently the world’s most powerful production four-cylinder.

While Mercedes isn’t planning to offer the car in the U.S., we can revel in the knowledge that the car’s potent powerplant will make it into a CLA45 AMG that’s set to go on sale in local showrooms this November, following a debut at the 2013 New York Auto Show later this month.

As previously reported, the price will likely come in under $50,000, which would make it a bit of an intriguing performance bargain considering the usual luxury add-ons, and the lack of a direct competitor.