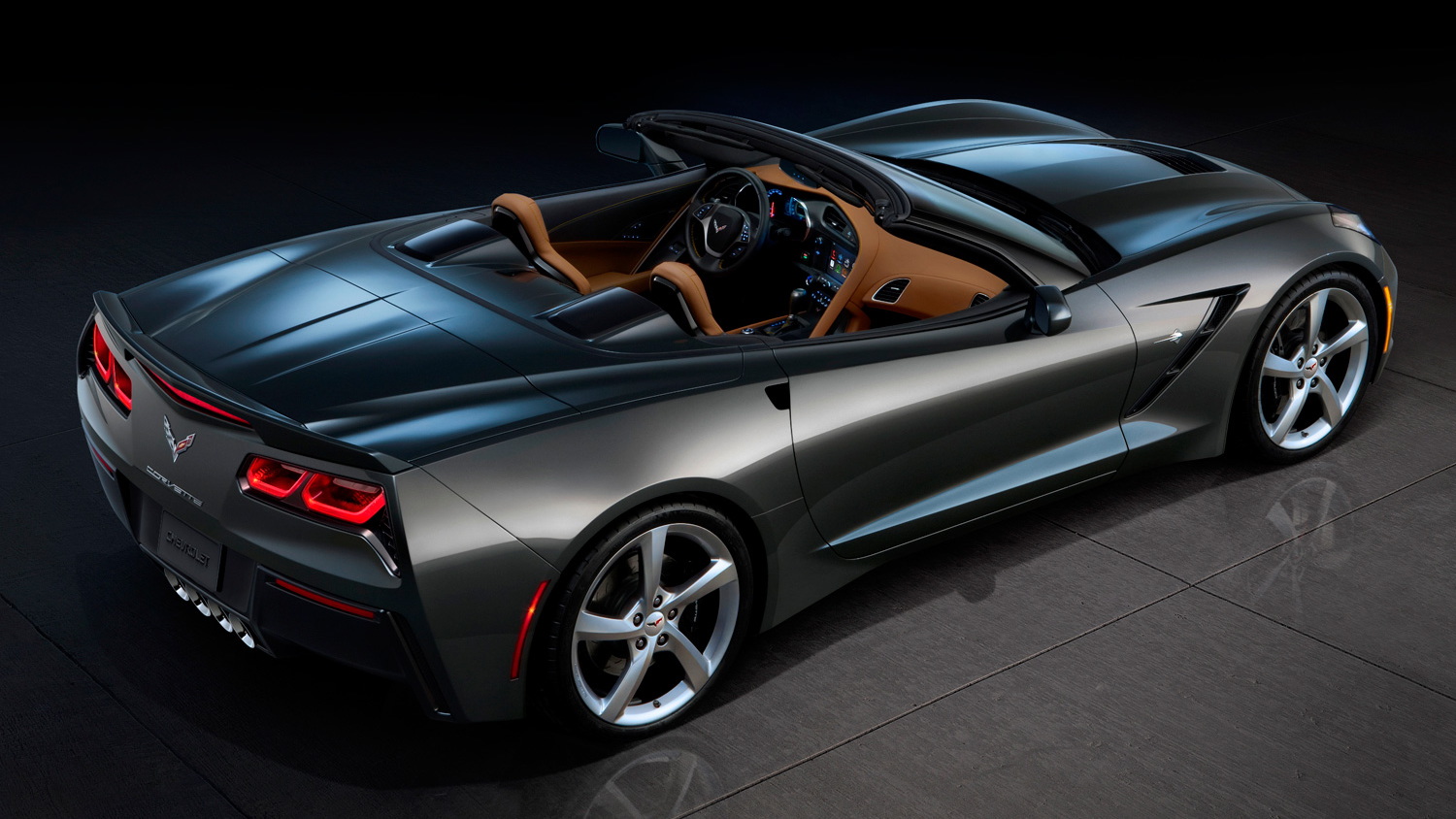 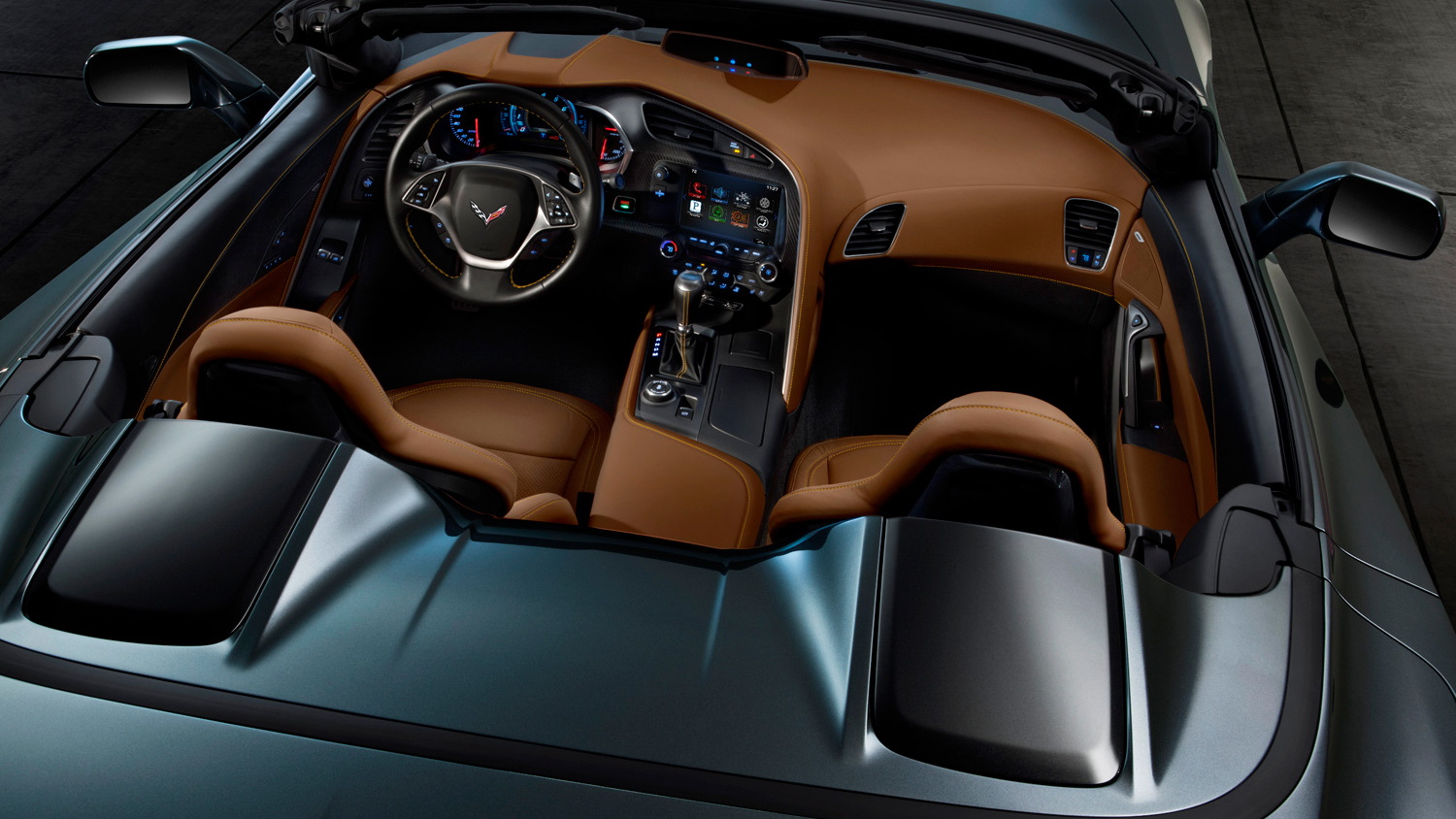 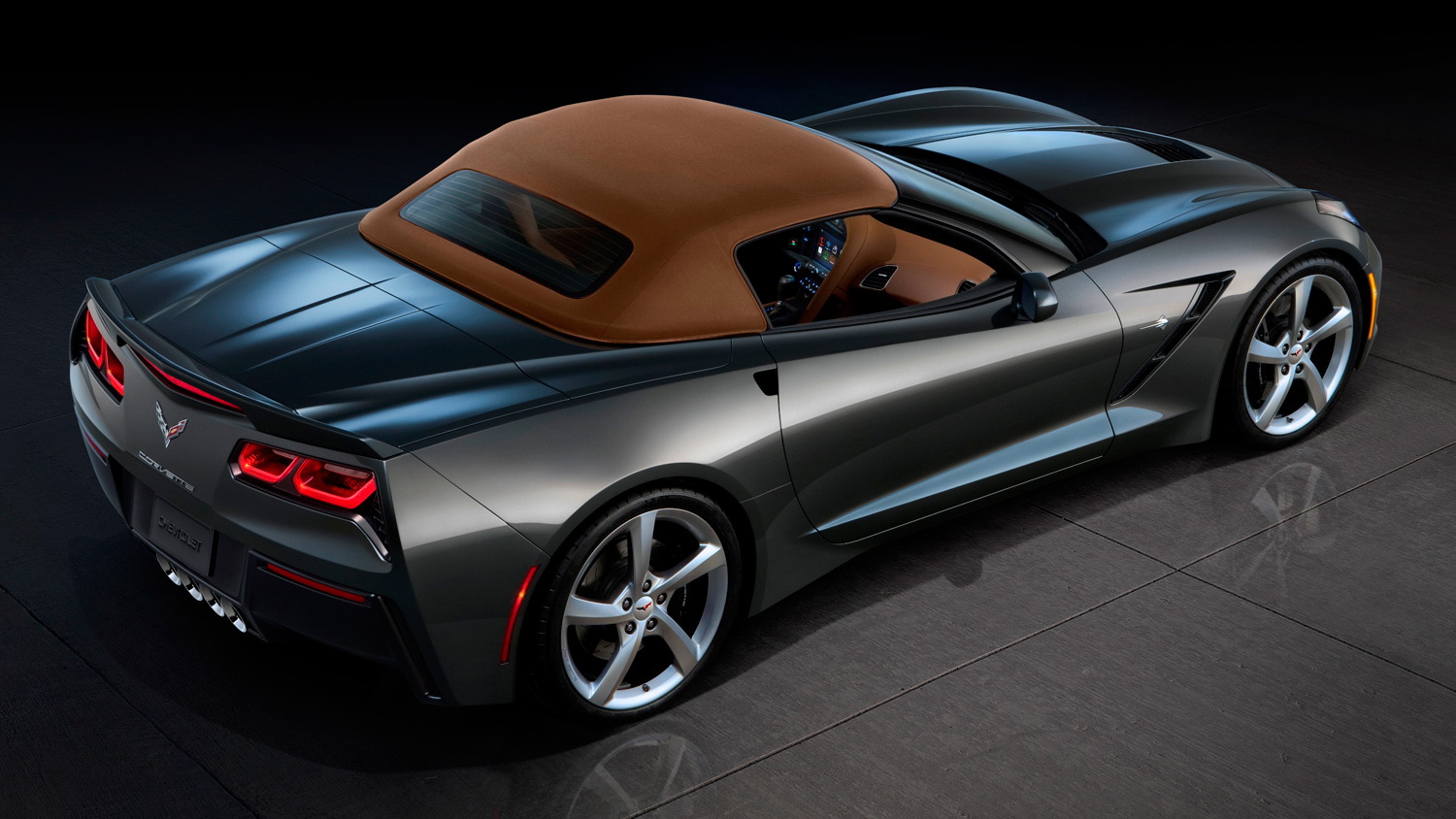 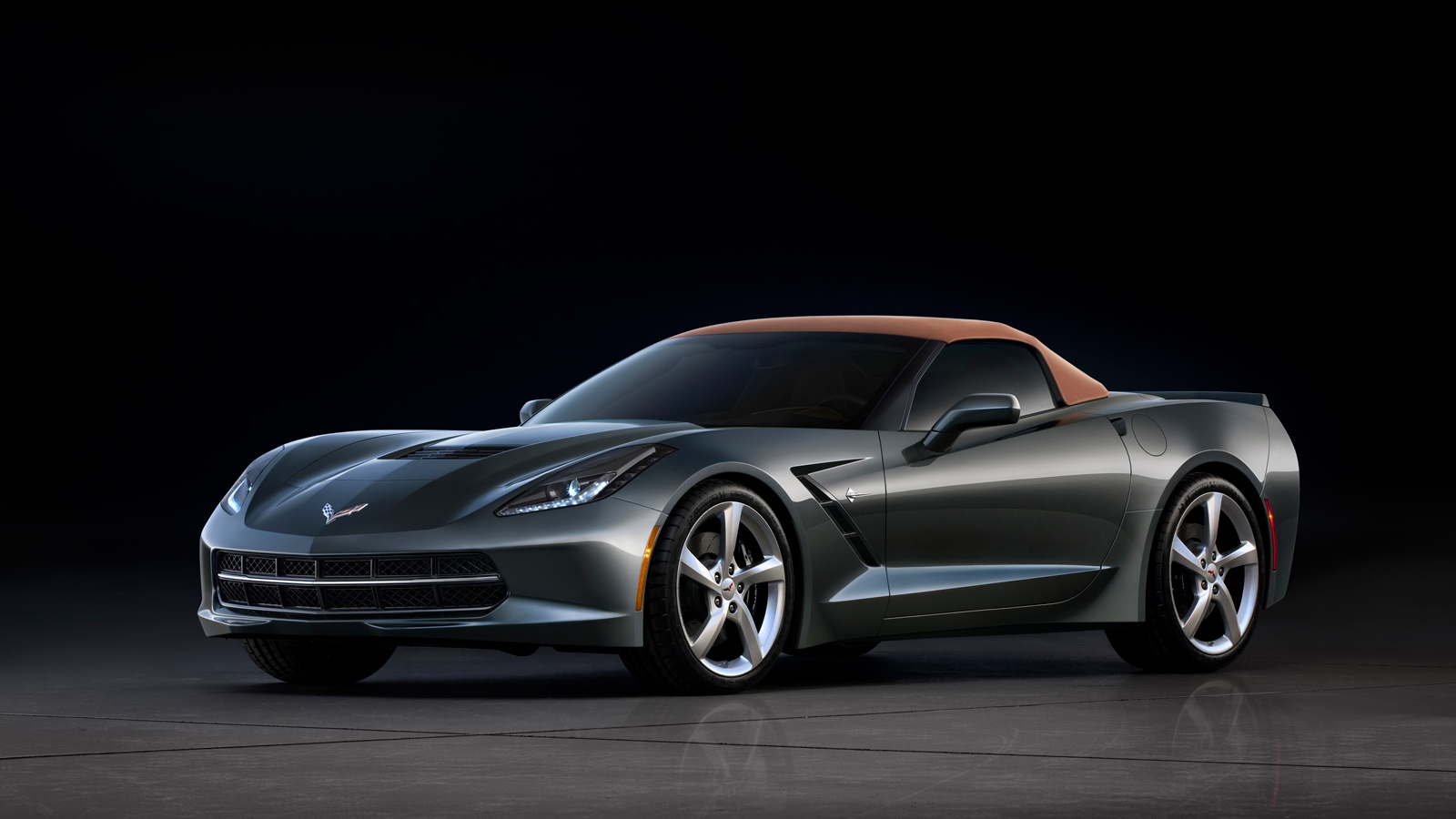 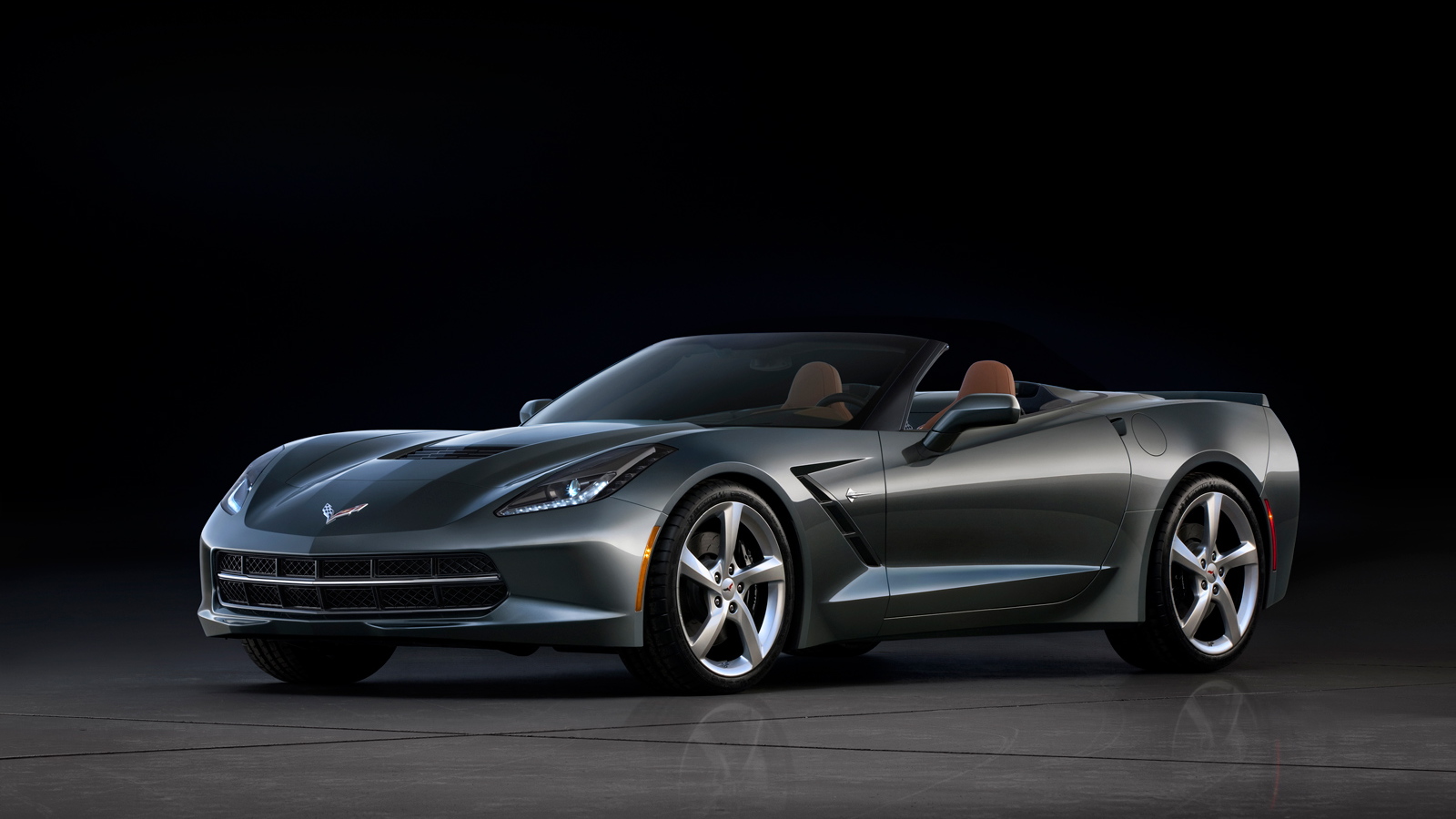 8
photos
The 2014 Chevrolet Corvette Stingray Convertible is just a couple of days away from its official unveiling, but today, we get another sneak peek at the car as it prepares for its 2013 Geneva Motor Show debut.

Three new images (for a total of five) of the 2014 Stingray Convertible have popped up on the web, confirming the previous design center study of the car (in red) was quite accurate. The look of the car is exactly what you'd expect if you took the roof off a Stingray coupe, except if anything, the convertible wears the new details even better.

A previous image, posted to Chevrolet Europe's Facebook fan page, showed what is clearly a roofless Stingray rolling down the ramp of a delivery truck. Unfortunately, a car cover obscures the choicest details, but the general proportions of the rear end--arguably one of the most important aspects of any convertible--are clear. And they're good. With the new leaked images, the rear end is confirmed to look more or less just like the coupe's--but with perhaps better proportions thanks to the extended rear deck.

Of course, we expected the Stingray Convertible to look good. Last month, what appeared to be a design study for the car leaked onto the web, and then earlier this month, Chevy confirmed the car for its Geneva debut.

Following its debut next week in Europe, the first Stingray Convertible will be auctioned at Barrett-Jackson in April, with proceeds going to the Barbara Ann Karmanos Cancer Institute.

For the full details on the 2014 Chevy Corvette Stingray Convertible, and the rest of our coverage from the Geneva Motor Show, be sure to check our Geneva show hub page.