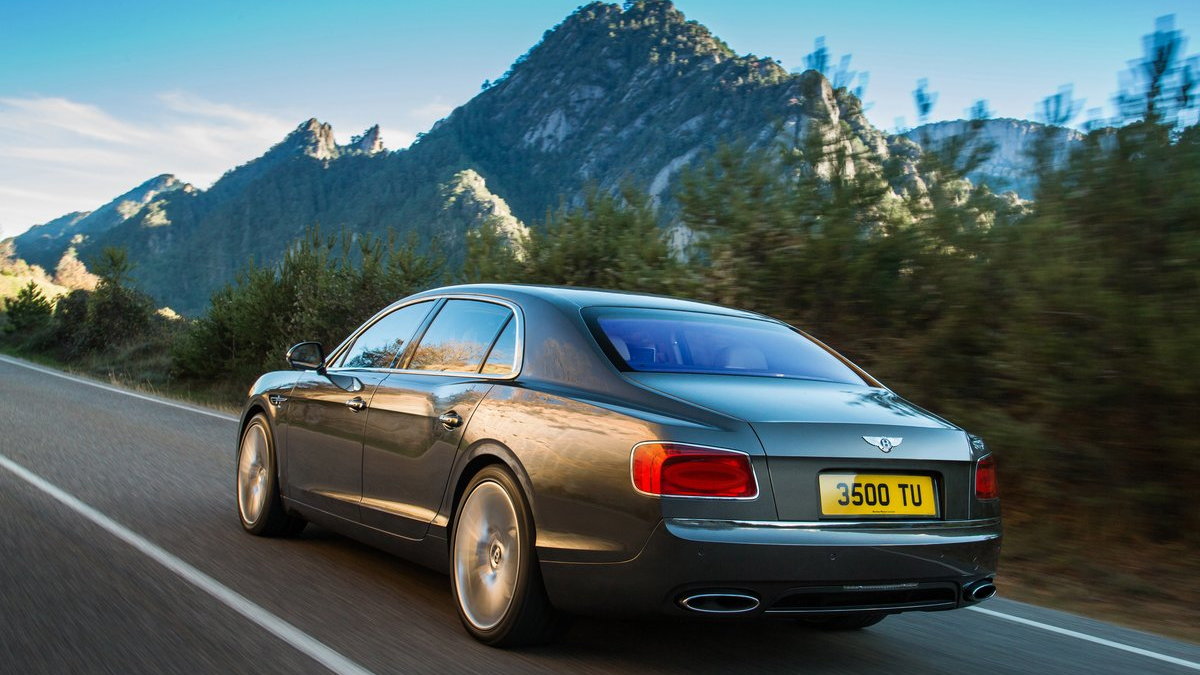 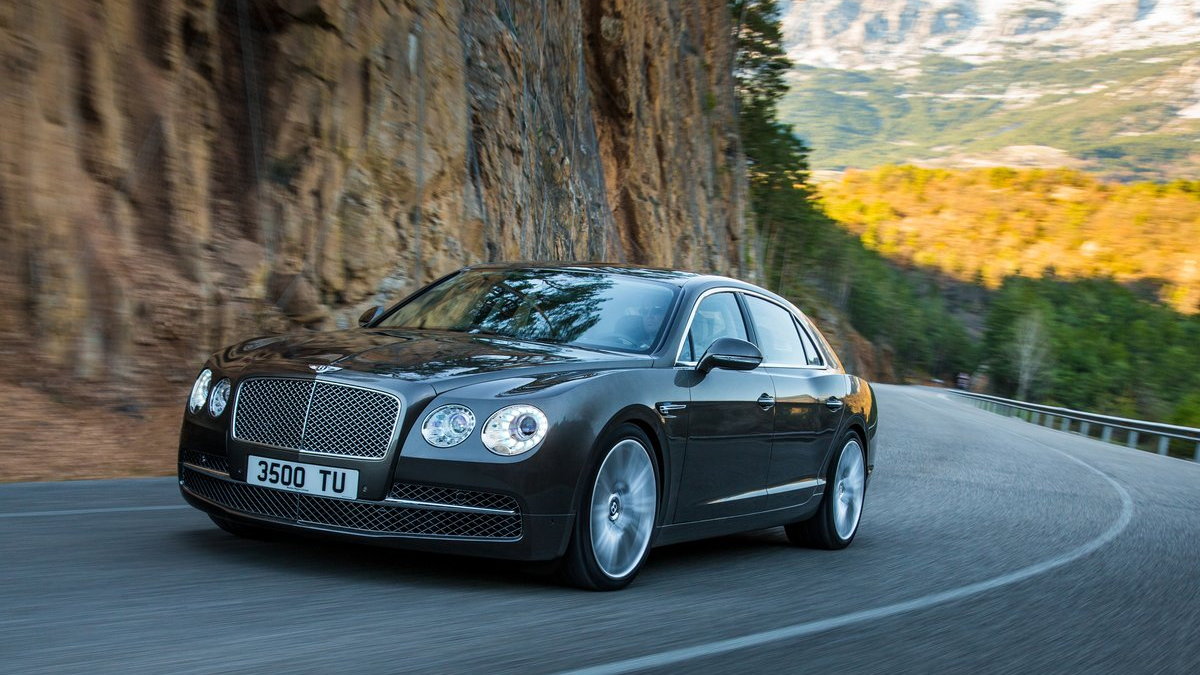 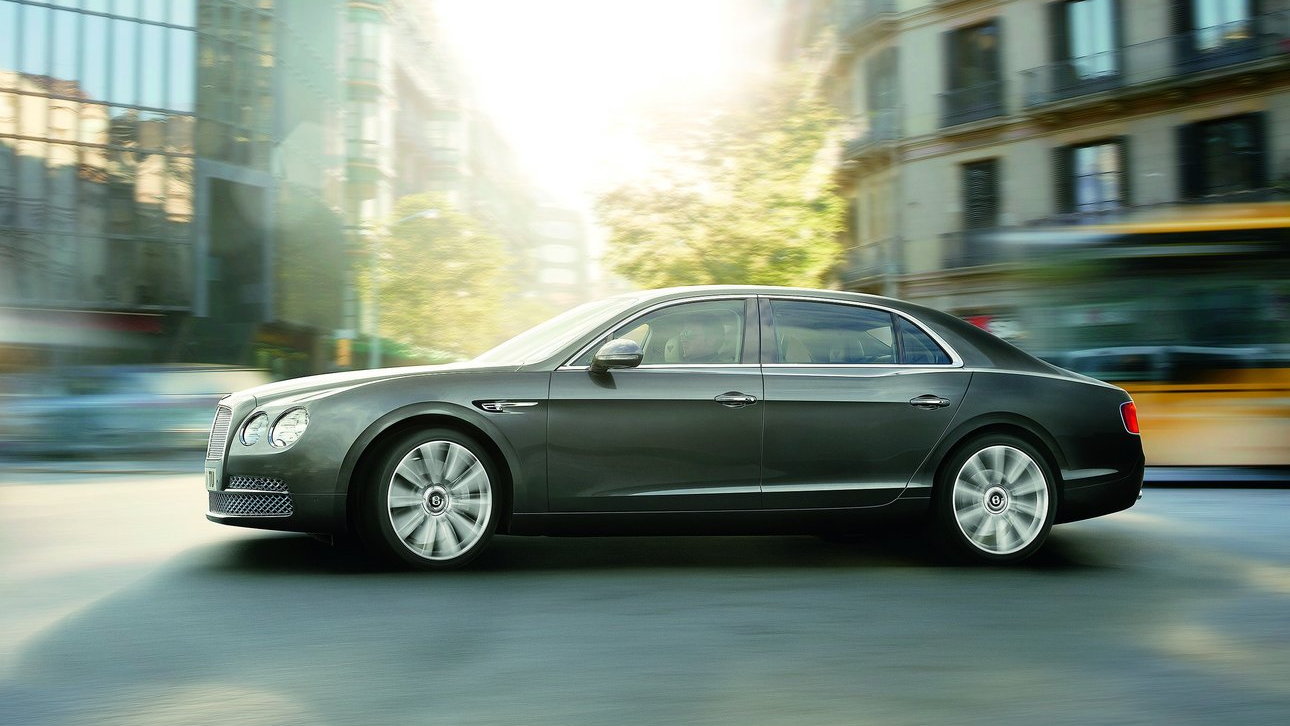 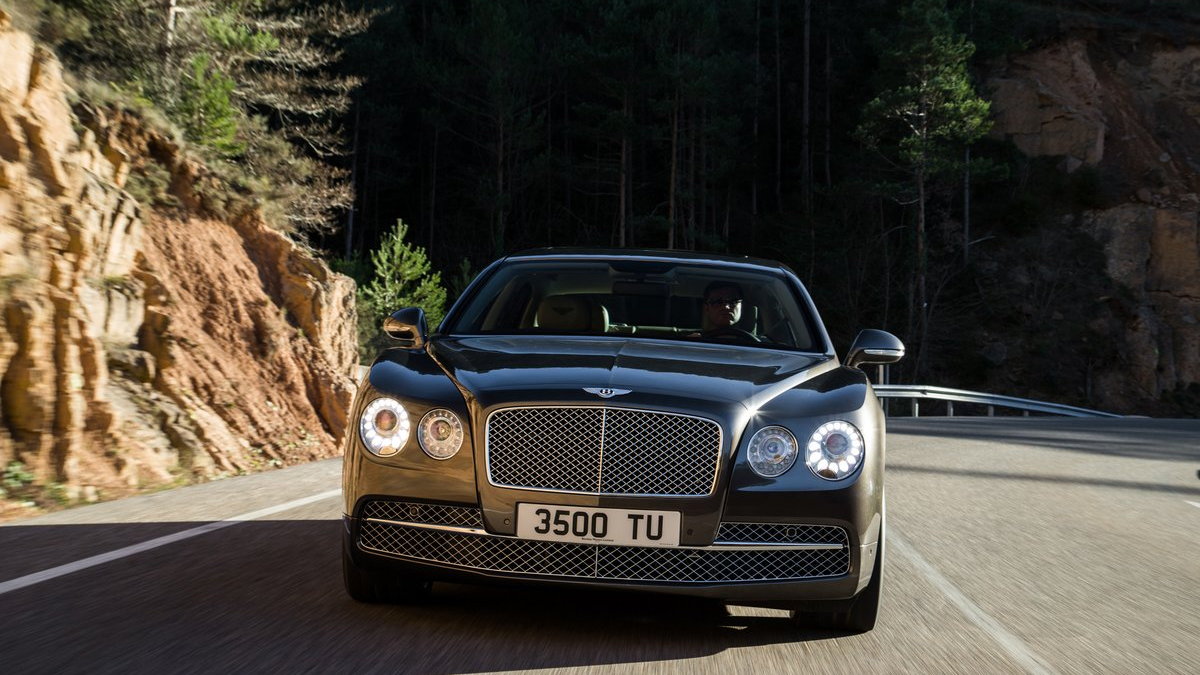 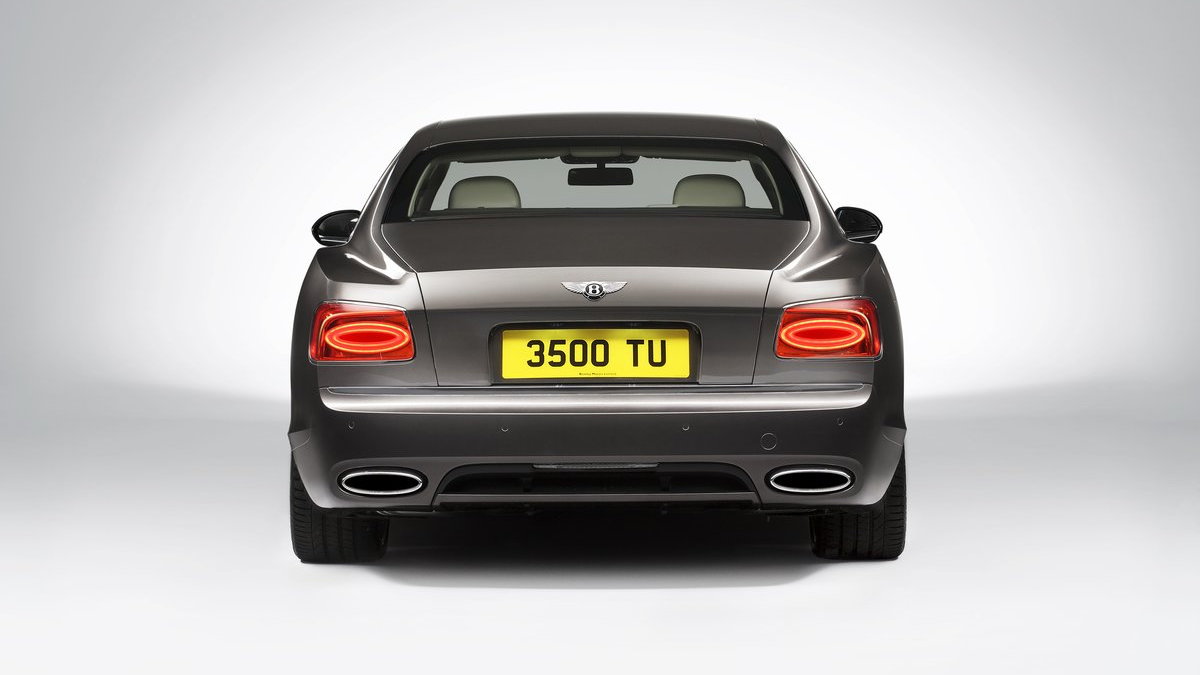 Wearing the name of a coachbuilt special from nearly five decades ago, the Flying Spur is once again brand new. A dramatic, sleek new shape and Bentley's best handcrafting inside wrap around the fastest, most powerful sedan the brand has ever built.

The 2014 Bentley Flying Spur makes its world debut in just over two weeks at the Geneva Motor Show, but here, we get our first preview of the car's styling and features.

Most noticeable is the Flying Spur's sleek, smooth new exterior. The nose leads with a more upright grille and LED headlights in familiar Bentley style, melding smoothly into what the company calls an "athletic" and "sporting" shape, tracing uninterrupted curves over the front fenders, down the lightly accented sides and up the slightly flared rear fenders to the tail.

At the rear, simplicity continues its reign, with the roof line descending to meet the raised rear deck, rectangular lights with oval inserts, and oval tail pipes finishing the look. A front fender vent styled with a Bentley "B" motif precedes a sharp edge that runs down the side.

The cabin is open and elegant, with the usual Bentley attention to detail, presented in a modern and conservative--if slightly busy--layout. A central touch screen handles infotainment, but can also be controlled by rear-cabin occupants with a remote control, the better to enjoy the dual 10-inch screens in the rear seat entertainment system. On-board WiFi and an eight-speaker audio system round out the connectivity and entertainment features. An optional Naim 1,100-watt audio system is available.

Four- and five-seat variations are available, with either a bench or two individual seating positions in the rear. All seats are heated and ventilated, and offer 14-way adjustment with memory functions. Fine wood veneers line the interior, with a choice of burr walnut or dark fiddleback eucalyptus standard, and additional five choices available. The new Flying Spur is also 12 dB quieter thanks to revised exhausts, as well as more compliant in ride quality due to taller tire sidewalls and greater vertical suspension compliance.

But what makes this the fastest, most powerful Bentley sedan ever? A 6.0-liter W-12 engine mated to a ZF eight-speed automatic transmission driving all four wheels in a 40:60 split, though the system can apportion up to 85 percent of power to the rear or 65 percent to the front as conditions require.

Provisional EPA gas mileage figures of 12 mpg city and 20 mpg highway for 15 mpg combined put the car firmly in the class of vehicles that, while conscious of efficiency, have other concerns.

Electronic dampers adapt to road conditions and driver inputs, while 10-13 percent reductions in spring rates and 13-15 percent reductions in anti-roll bar rates and softer suspension bushings further ease the ride. As the car approaches its 200 mph top speed, the dynamic suspension lowers ride height, first by 5 mm at the front and 10 mm at the rear at 121 mph, and again by a further 8 mm front and 13 mm rear at 149 mph. Standard wheels are 19-inch alloys wrapped in 275/45 tires, with available 20-inch and 21-inch upgrades.

Despite the increased feature specification and opulent interior, the new Flying Spur is also slightly lighter than its predecessor, aiding its rapid acceleration and improving handling. It achieves this weight savings through the use of aluminum in the hood and front fenders, made from super-formed sheets. Curb weight for the 2014 Flying Spur is 5,451 pounds.