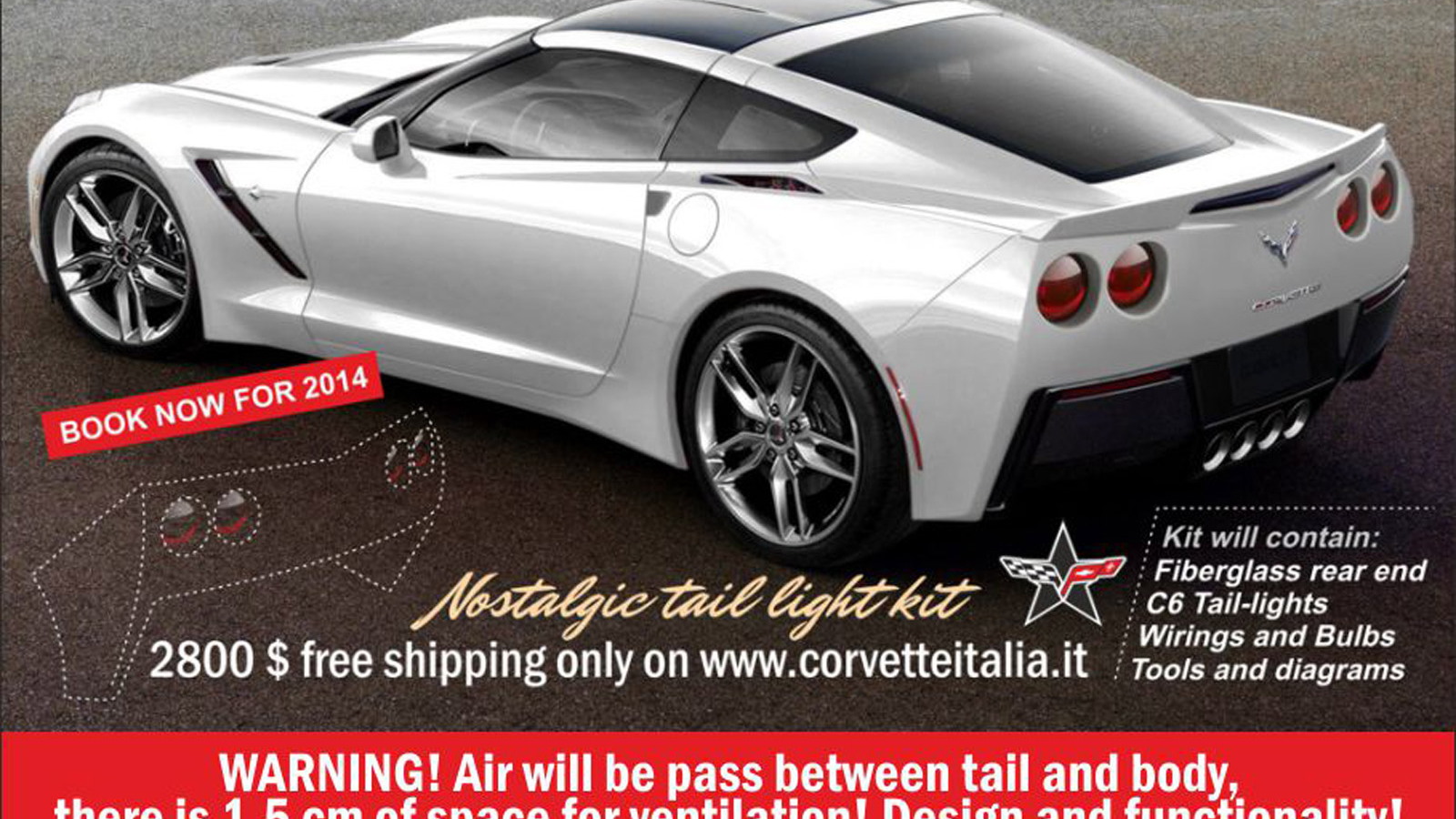 10
photos
It was only a matter of time until some inventive person or company came up with a kit for the new 2014 Chevrolet Corvette Stingray that swaps the car’s square-shaped lamps to something Corvette fans are a little more accustomed to: four separate round tail-lights.

While the design of the new C7 Corvette Stingray is almost universally loved, the Camaro-esque tail-lights have proven controversial.

Interestingly, the first company to come up with a kit to change them is an Italian enthusiast website.

As the guys from Jalopnik discovered, Corvette Italia is offering a kit for the new C7 that replaces the square tail-lights with four round lenses lifted straight off the previous-generation C6.

Of course, to accommodate the round lights, most of the bumper needs to be changed, so the designers came up with a rear bumper replacement as well.

If we compare the custom bumper with the one on the stock C7, you’ll notice that the air channel integrated with the tail-light surrounds no longer exists. The good news is that the rear diffuser remains intact and the shape over the trunk lid’s lip is remains the same as well.

How this will affect overall performance, considering every inch of the C7’s design is functional, remains to be seen, though we doubt such a minor change will affect dynamics considerable. The kit’s designers mention that the bumper provides sufficient airflow, though we doubt they've been able to test it considering the C7 hasn't been released yet.

Overall, we think it looks good and look forward to seeing what other designers can come up with. We’re sure this will be a popular mod with C7 buyers. This particular kit will set you back $2,800, though it's not confirmed for production just yet--its designers are waiting for feedback.

The kit includes everything you need to complete the conversion, including a new bumper made from fiberglass, the C6 tail-lights, wires and bulbs and necessary tools and instructions.

For our full coverage on the 2014 Chevrolet Corvette Stingray, click here.