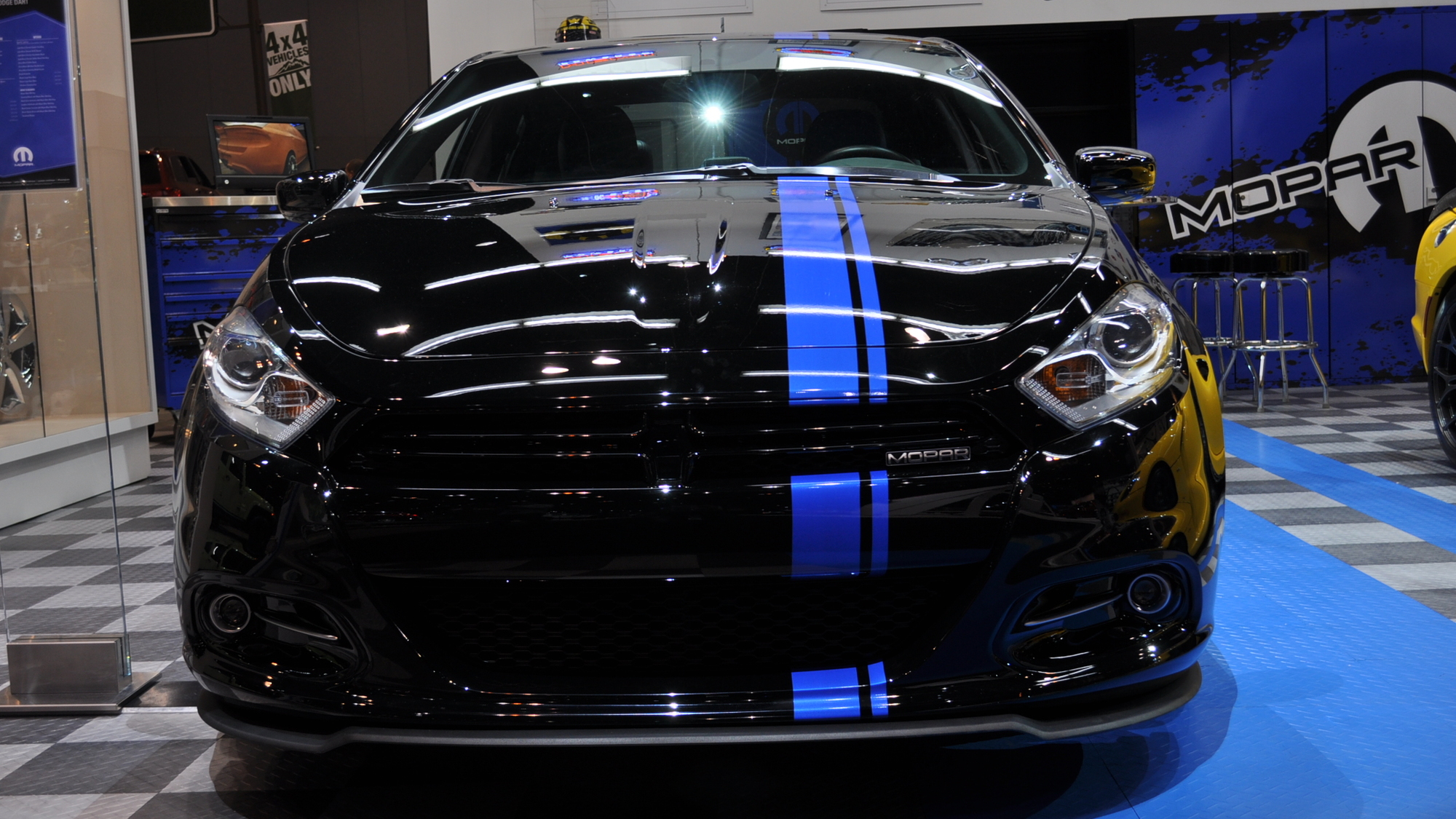 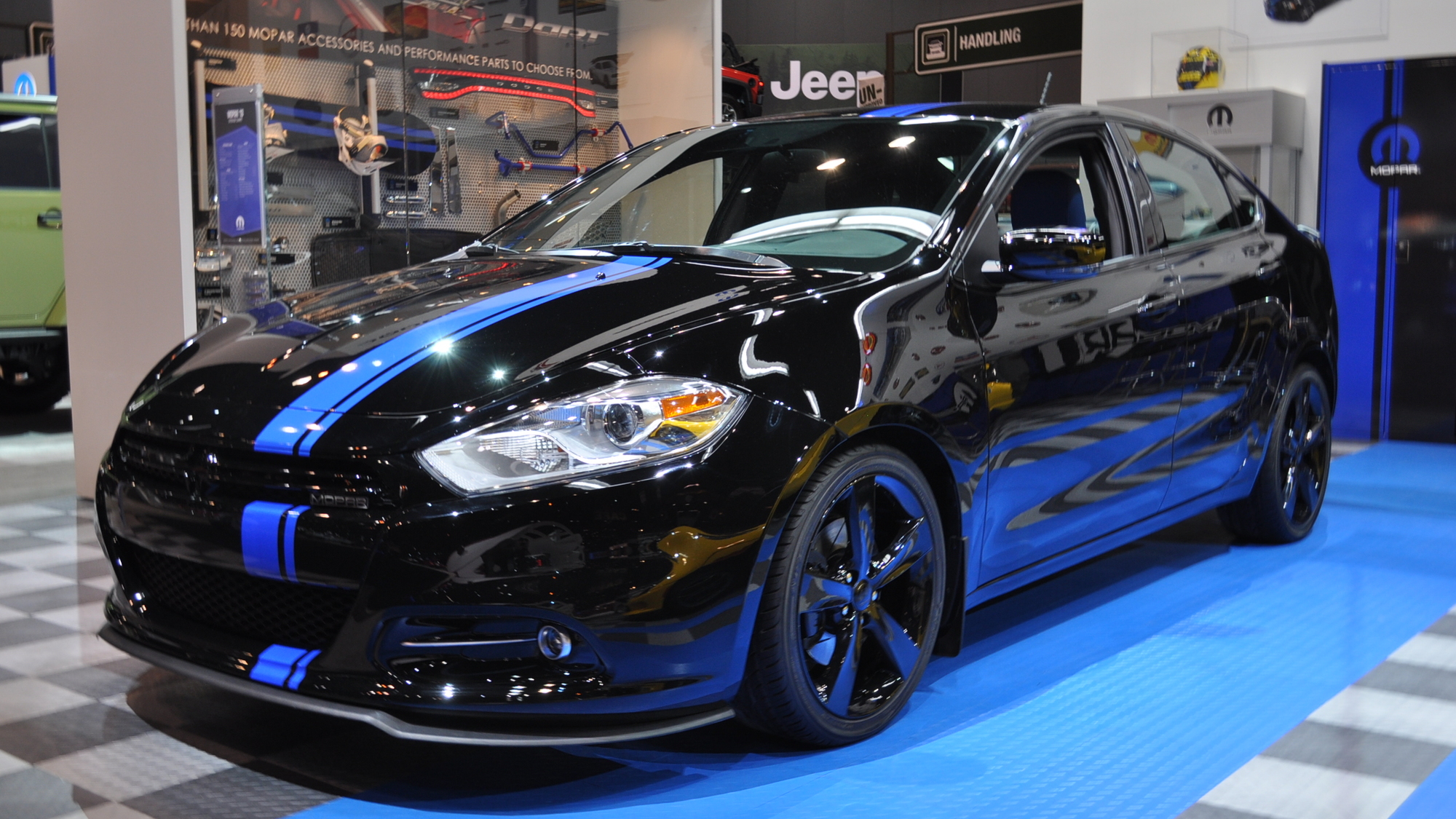 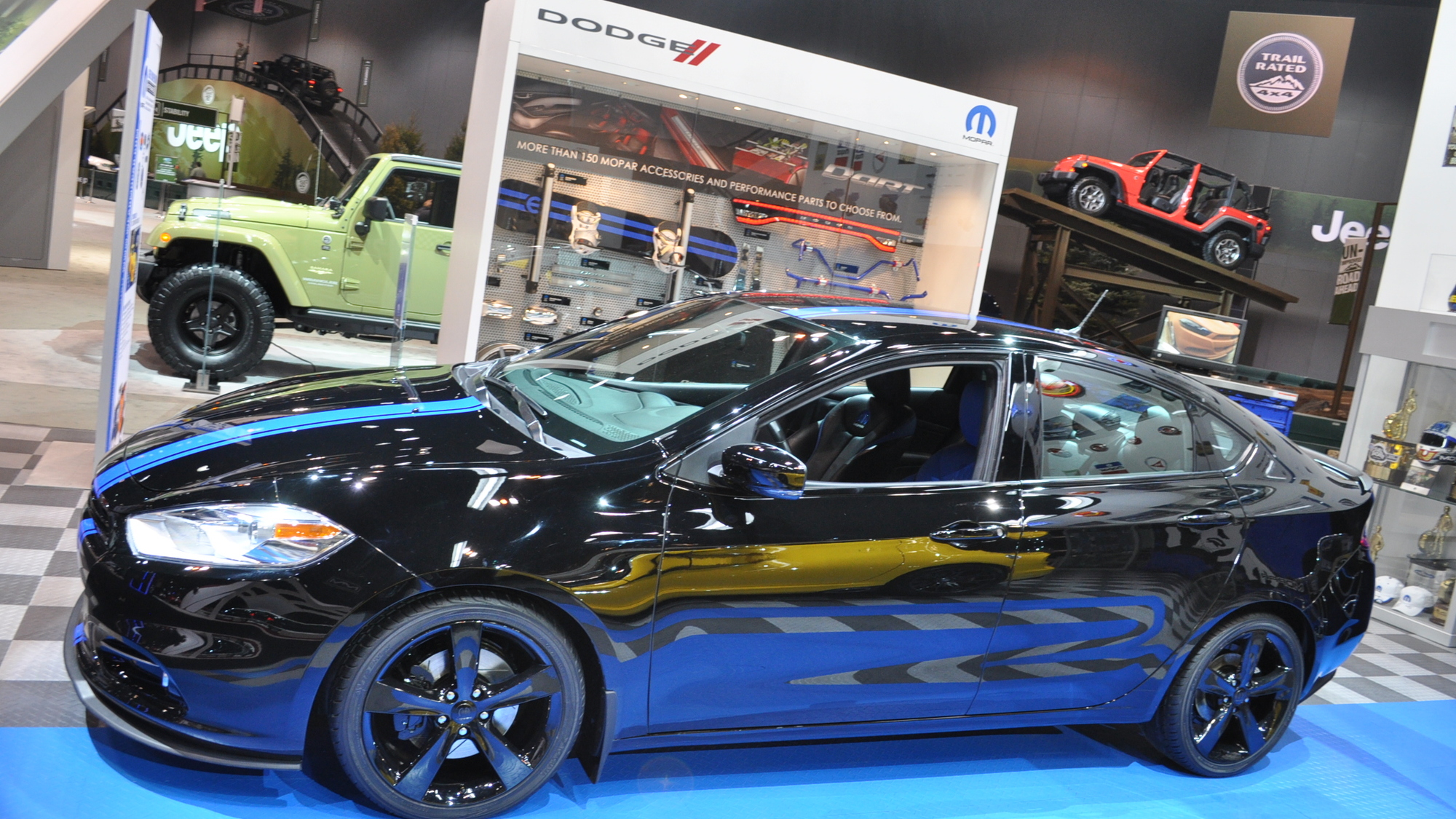 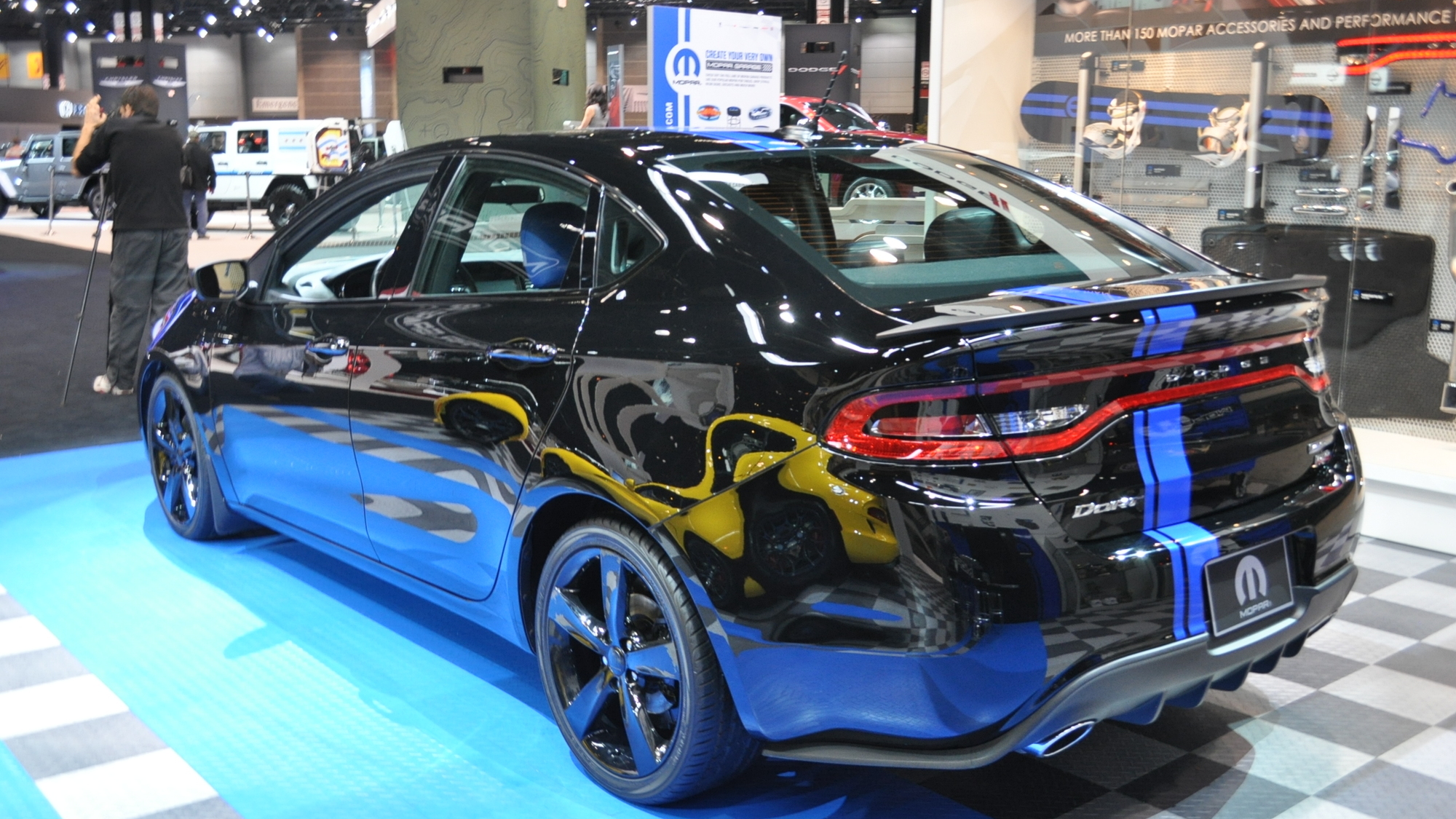 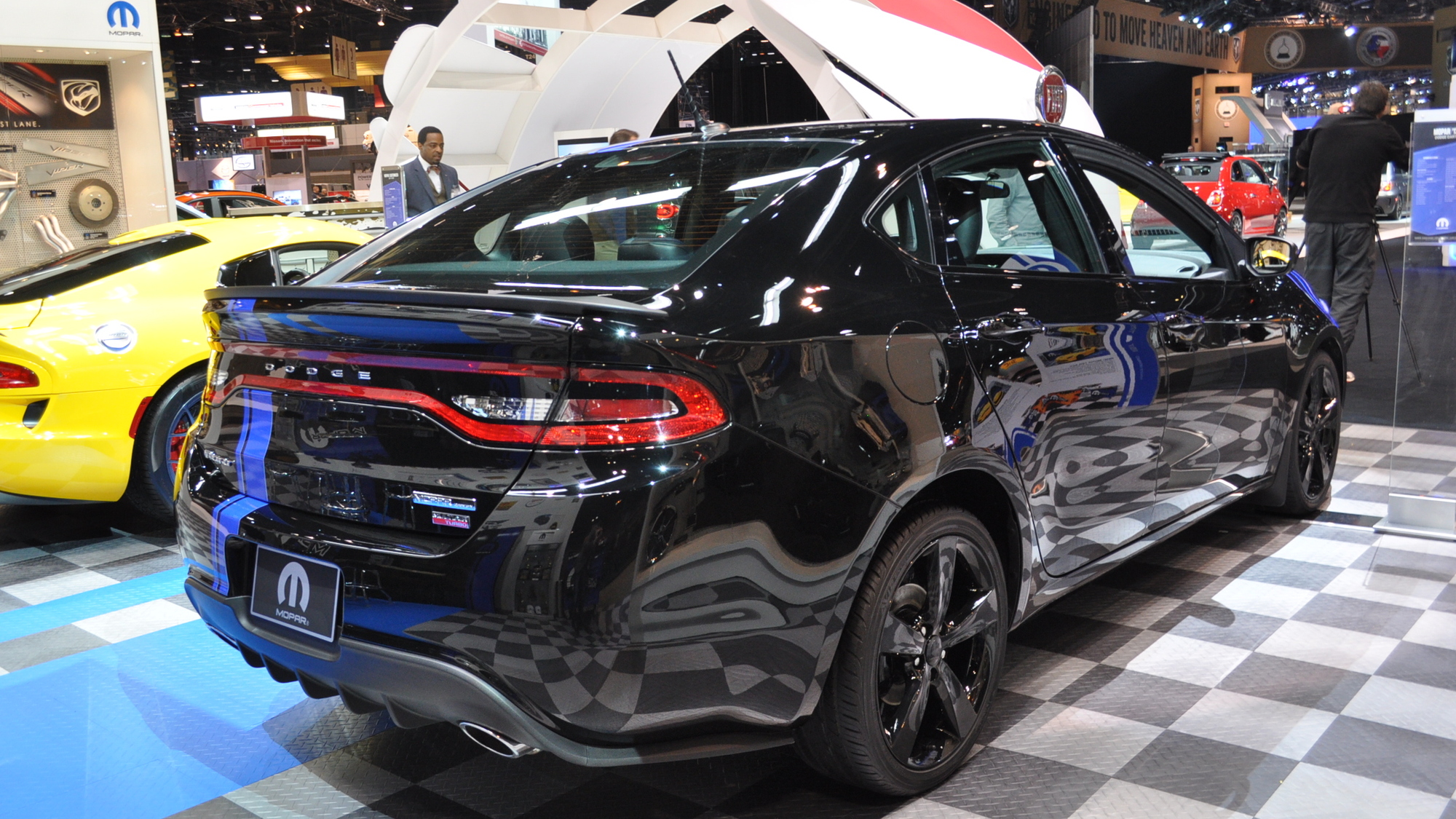 26
photos
Chrysler’s parts and accessories division, Mopar, sells a dizzying array of products for all of the Chysler Group vehicles, and each year the Mopar division works its magic on one limited-production vehicle.

At this year’s Chicago Auto Show, the Chrysler Group rolled out the Mopar ’13 Dodge Dart, which joins the ranks of previous Mopar-tuned vehicles like the Mopar ’12 300, the Mopar ’11 Charger and the Mopar ’10 Challenger.

Don’t think the Mopar ’13 Dart is just a stripe kit and a set of wheels, either. Mopar has quickened the steering ratio, dropped the ride height seven millimeters, bolted on lighter wheels with 40-series performance tires and added a premium brake kit with slotted rotors.

Under the hood, the the same 1.4-liter turbocharged four-cylinder engine used in the Fiat 500 Abarth gets a performance exhaust for a slight bump in output and a big gain in sound. Like the 500 Abarth, all Mopar ’13 Dart models will get a manual gearbox.

Outside, the custom Dodge Dart wears a Mopar ground-effects kit that reportedly increases downforce, and gloss black is the theme of the day. Breaking up its murdered-out appearance are a pair of Mopar Blue stripes, running the length of the car.

Inside, a number plate identifies the car as one of just 500 built, and the driver gets a leather-clad Mopar Blue seat with black trim (though the remaining seats are black with blue accents). A “floating island bezel” also gets the Mopar Blue paint theme, before being bathed in blue light. As for the rest of the trim, think black and black chrome.

As if owning one of just 500 custom Darts wasn’t enough, buyers get swag like a personalized vehicle spec plate and a limited-edition sketch of the car signed by  Mopar’s chief designer, Mark Trostle.

Chrysler hasn’t published pricing just yet, but you can catch all the other Chrysler-related news in our comprehensive Chicago Auto Show coverage.