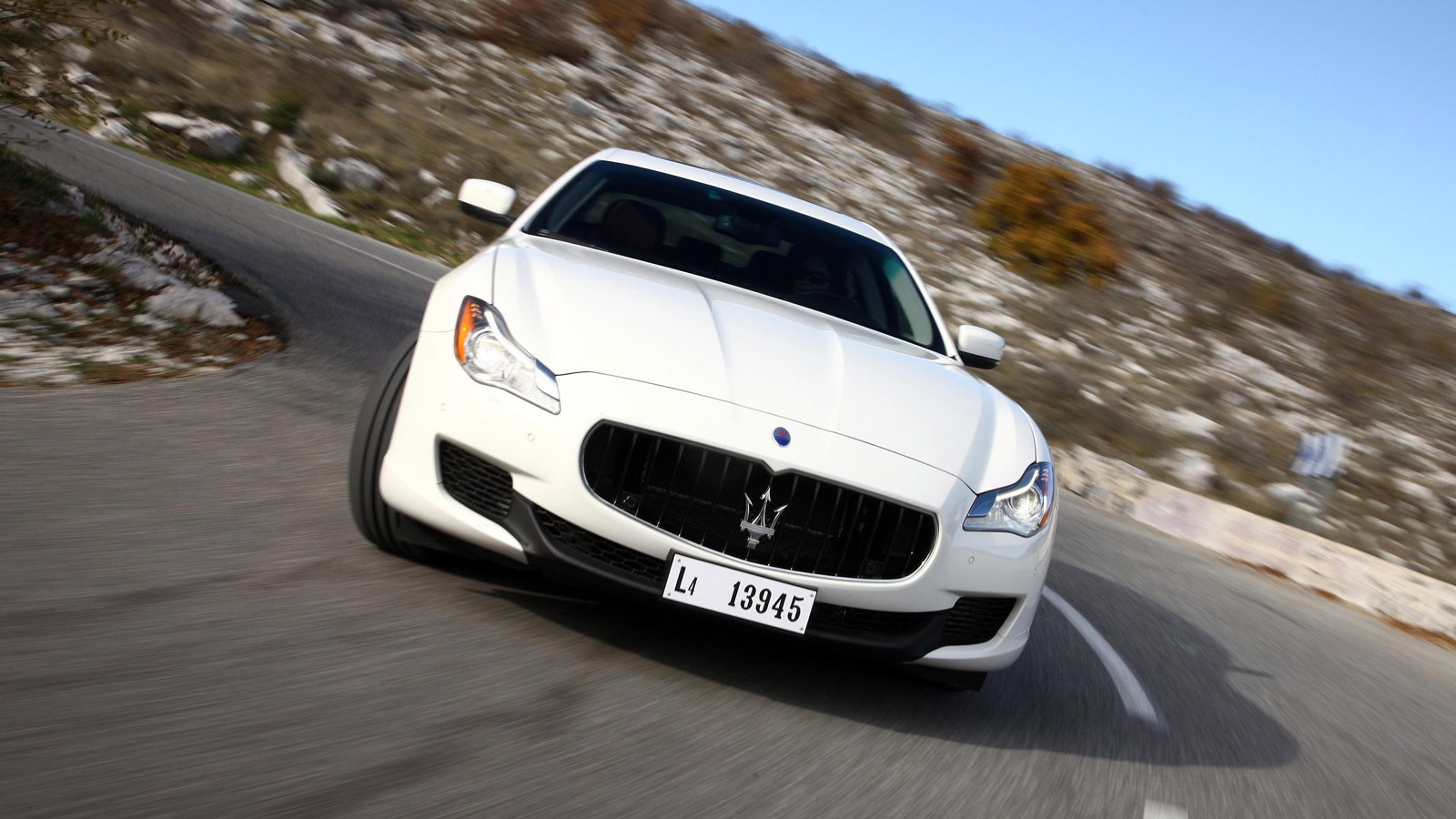 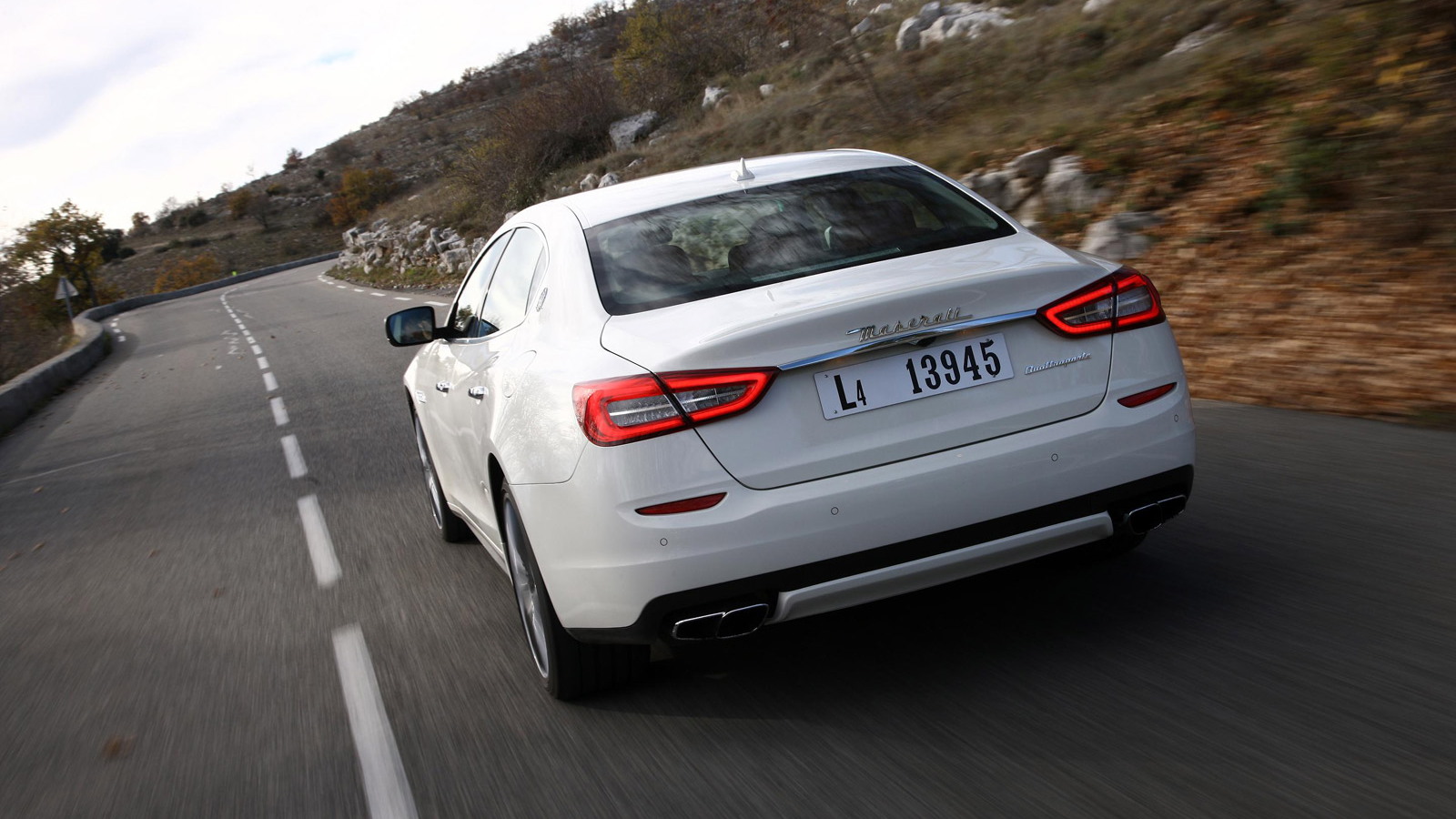 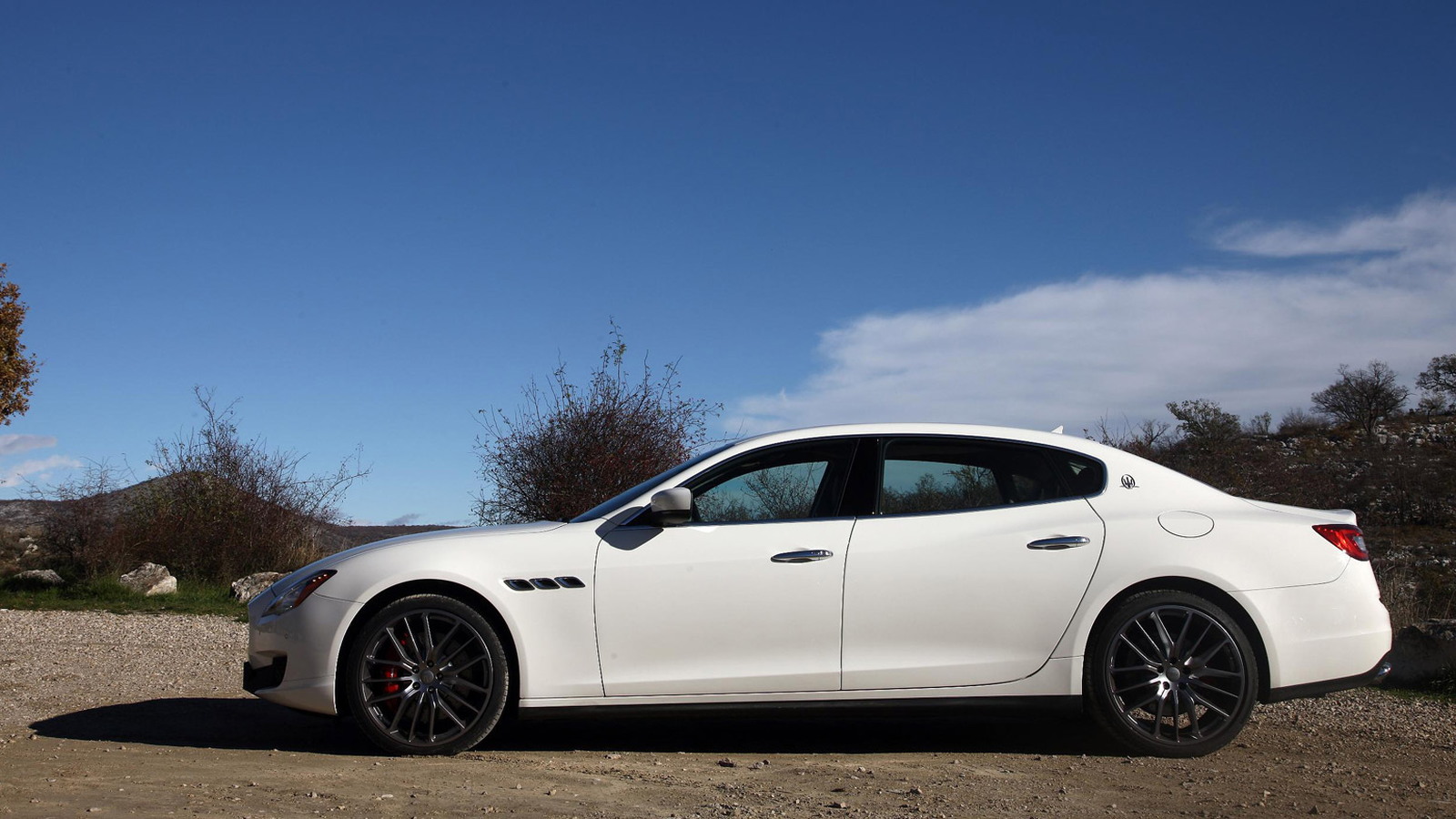 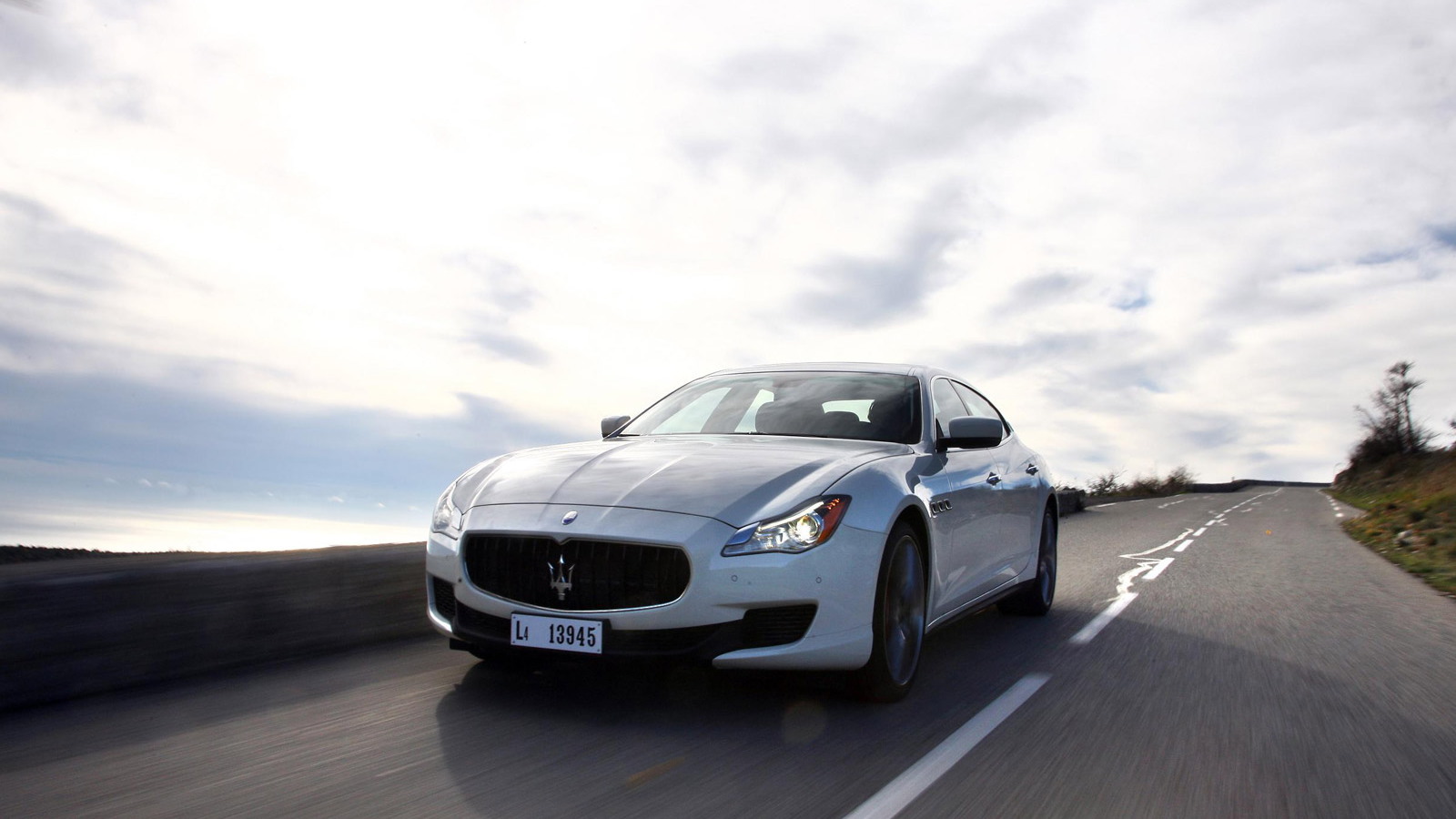 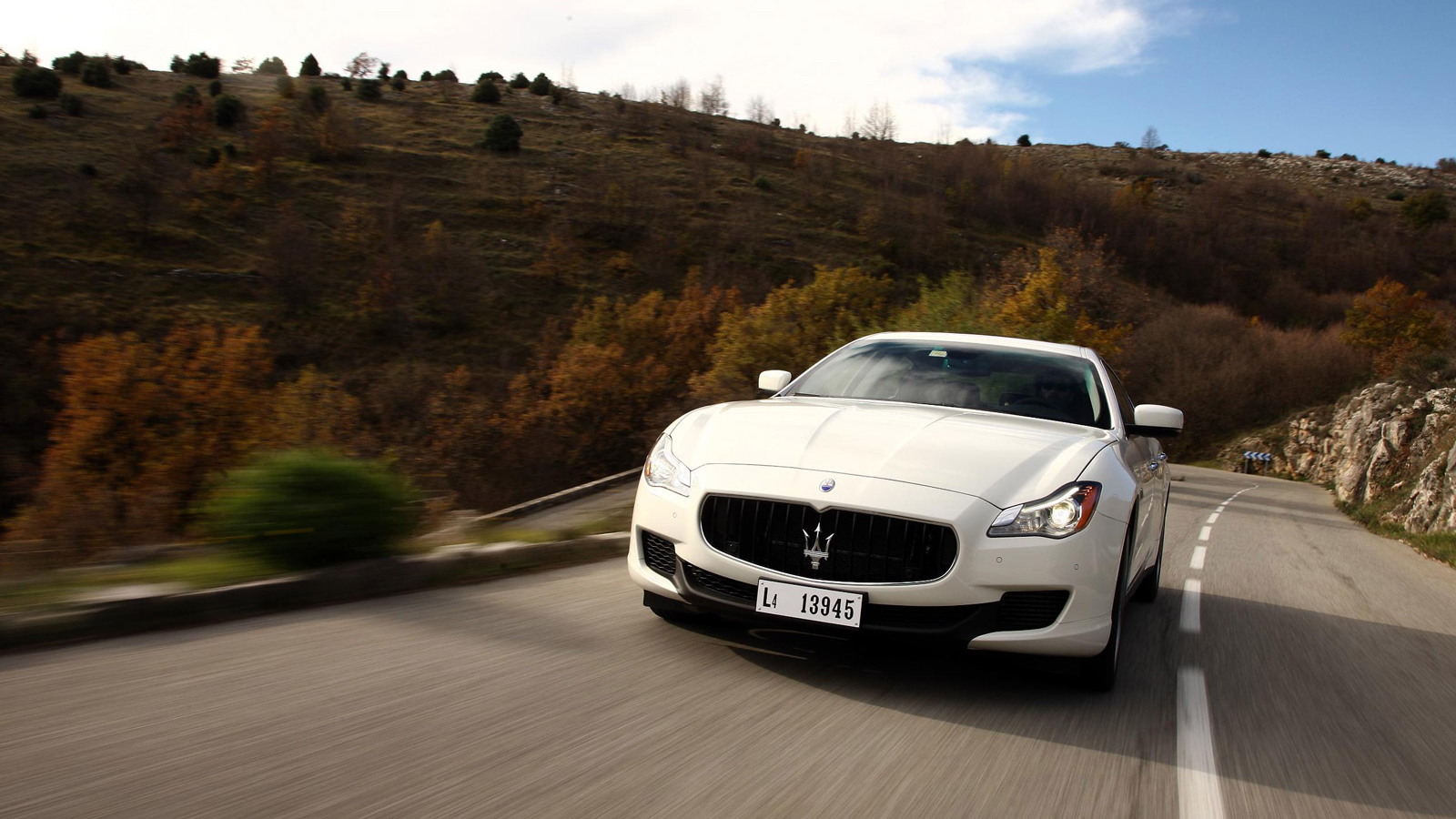 35
photos
One of the most striking cars of next year, the 2014 Maserati Quattroporte, recently made its online debut, but at the time Maserati only gave us a handful of photos to lust over. Now, finally, the automaker has released a wave of new photos for the sixth-generation Quattroporte, providing us with the opportunity to examine virtually every detail of the car.

Competing in the full-size luxury sedan segment, the Maserati Quattroporte faces strong competition from the likes of the Mercedes-Benz S Class, which will also be all-new for 2014, as well as the recently updated BMW 7-Series and Lexus LS.

Apart from its beautiful Italian styling, the Quattroporte also benefits from having its engines designed and built by Ferrari. We say engines, as the 2014 Quattroporte will for the first time offer more than one engine option.

Two engine options have already been announced, a V-6 and a V-8, and it’s almost certain a V-6 diesel will be offered in select markets. Another first for the Quattroporte will be the option of all-wheel drive on the V-6 model, which should prove popular across the snow belt states.

The most powerful of the engines is the V-8, which benefits from direct fuel injection and a twin-turbocharging system. It’s rated at 530 horsepower and 479 pound-feet of torque (523 pound-feet with Overboost) and will rocket the big sedan from 0-60 mph in 4.7 seconds and see it reach a supercar-like top speed of 191 mph.

In addition to being a better performer than the last Quattroporte, which came exclusively with a V-8, the new model is also bigger, lighter and more fuel efficient. Maserati claims the Quattroporte V-8 has lowered both its fuel consumption and emissions by 20 percent compared to the previous car.

Underpinning the 2014 Quattroporte is a brand new platform composed mostly of steel, though with some aluminum to help save weight. The Quattroporte is not exactly light, weighing in at close to 4,200 pounds, though it should handle decently thanks to its ideal 50:50 weight distribution as well as double-wishbone front suspension and a state-of-the-art five-link rear suspension.

The trunk space comes in at a generous 18.7 cubic feet and the wheels measure between 19 and 21 inches in diameter. Most of the extra size comes in the rear, where occupants in the back will find an additional 4 inches of legroom.

In terms of safety, the 2014 Quattroporte still lags many of its rivals, though it still offers a high level of safety. In addition to six standard airbags, the car also gets electronic stability control, ABS brakes and hill-hold assist, active cruise control, the aforementioned backup camera, active headrests and seatbelt pre-tensioners.

The brakes are from Brembo and feature six-piston fixed calipers up front and ventilated and cross-drilled discs all around. On the V-8 model, the discs measure 14.96 inches in diameter and on the V-6 model they are 13.77 inches across.

Stay tuned for our first drive report next year and look forward to live photos of the 2014 Maserati Quattroporte fresh from its debut next month at the 2013 Detroit Auto Show.