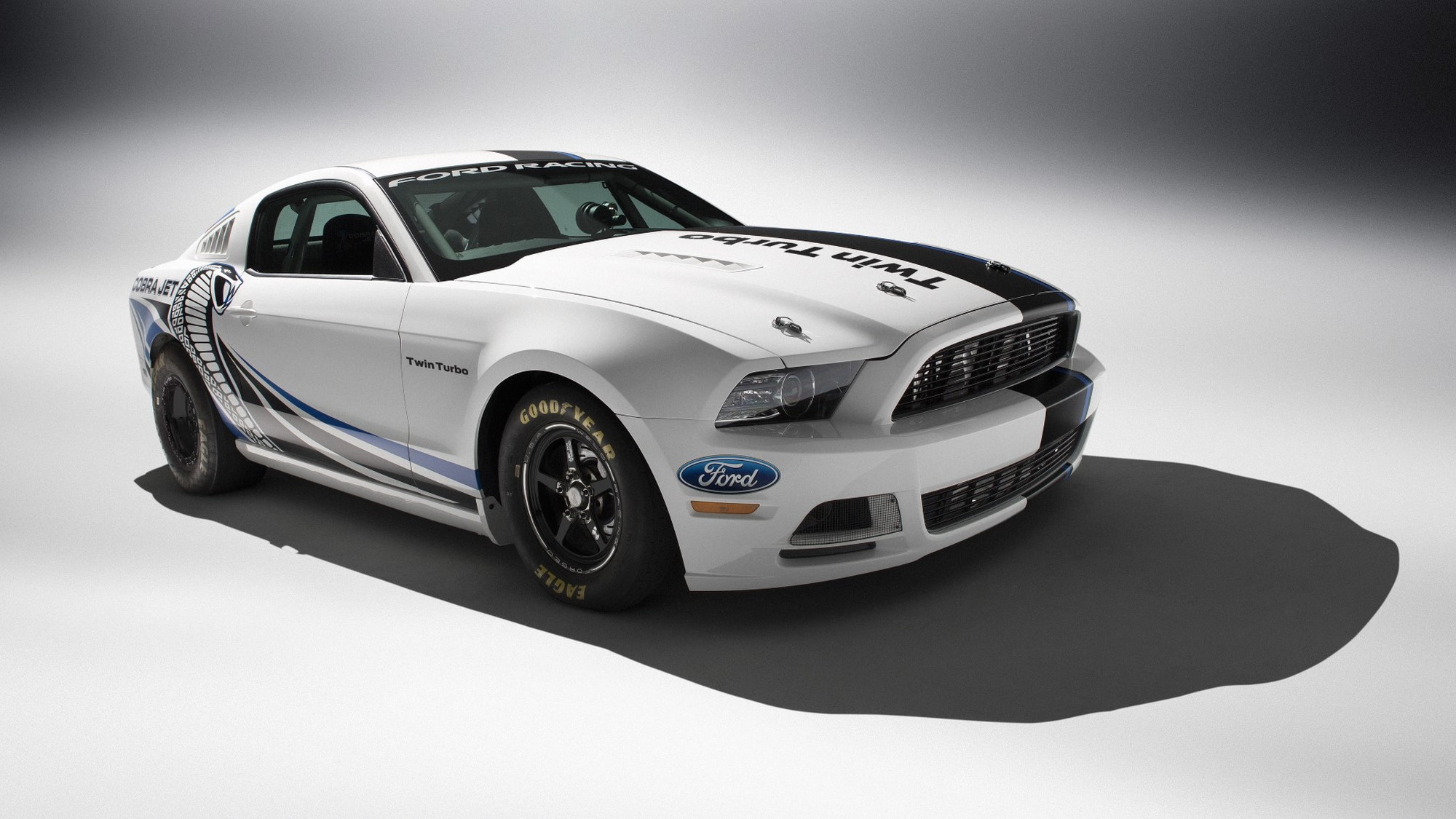 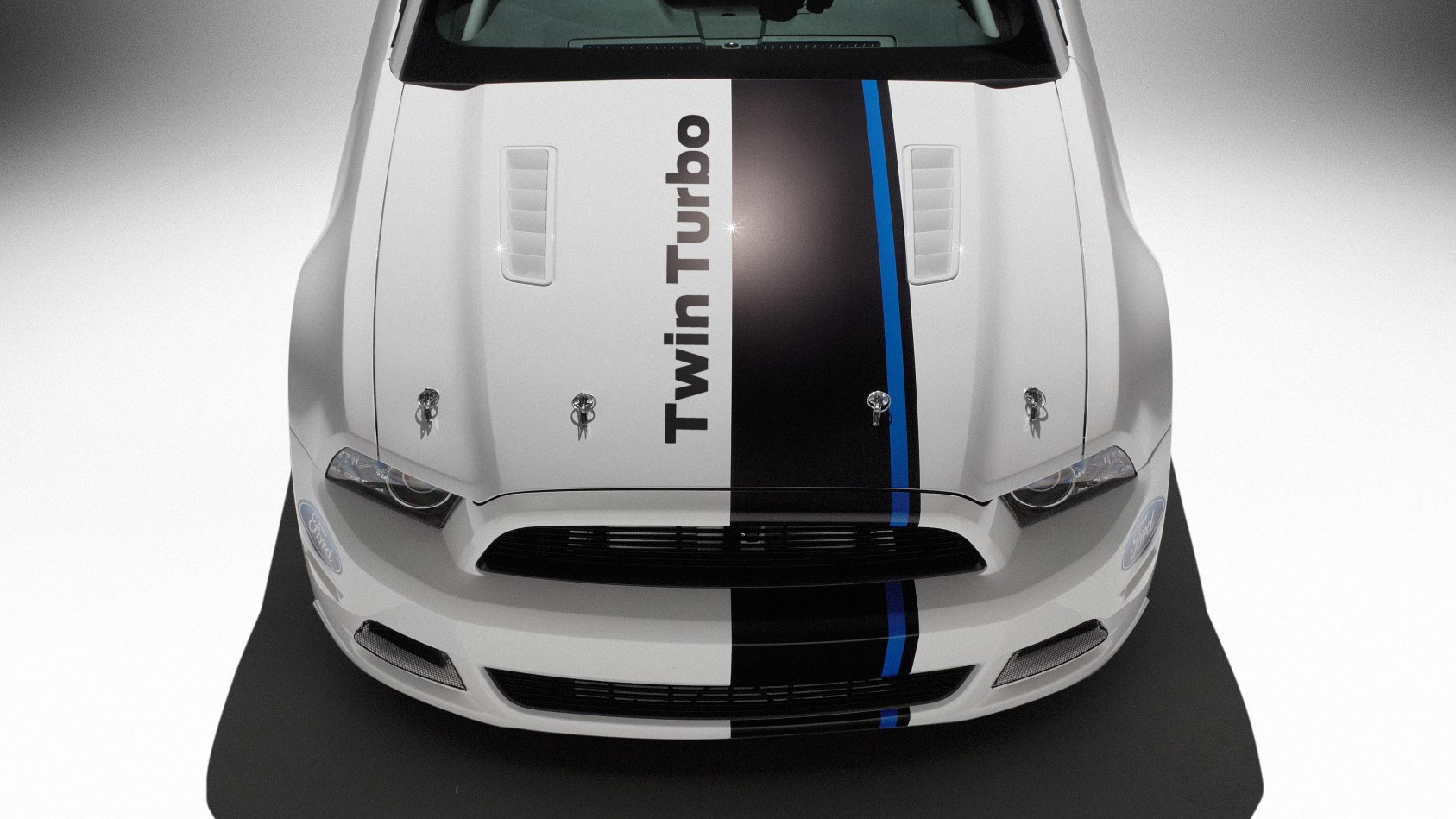 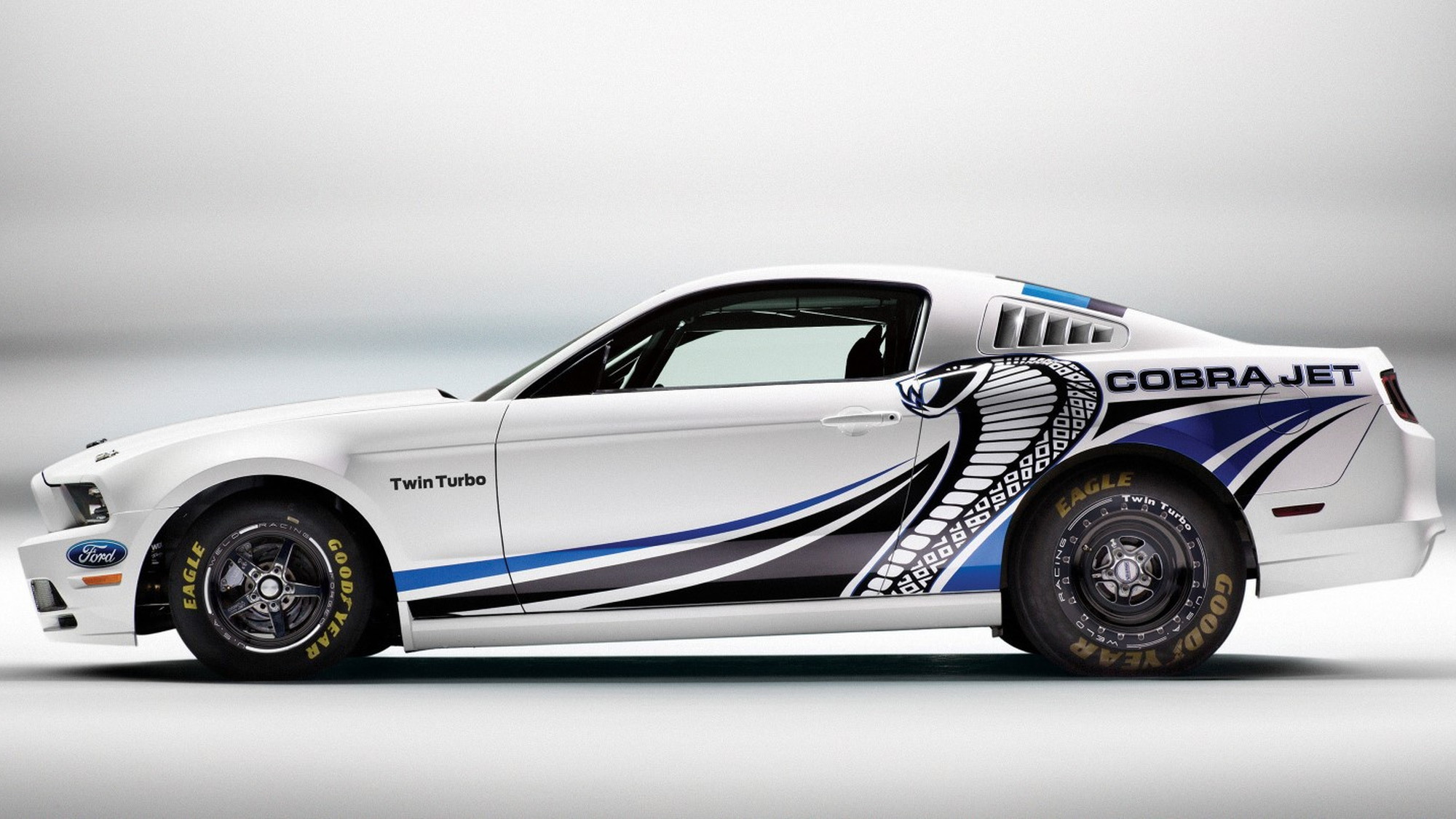 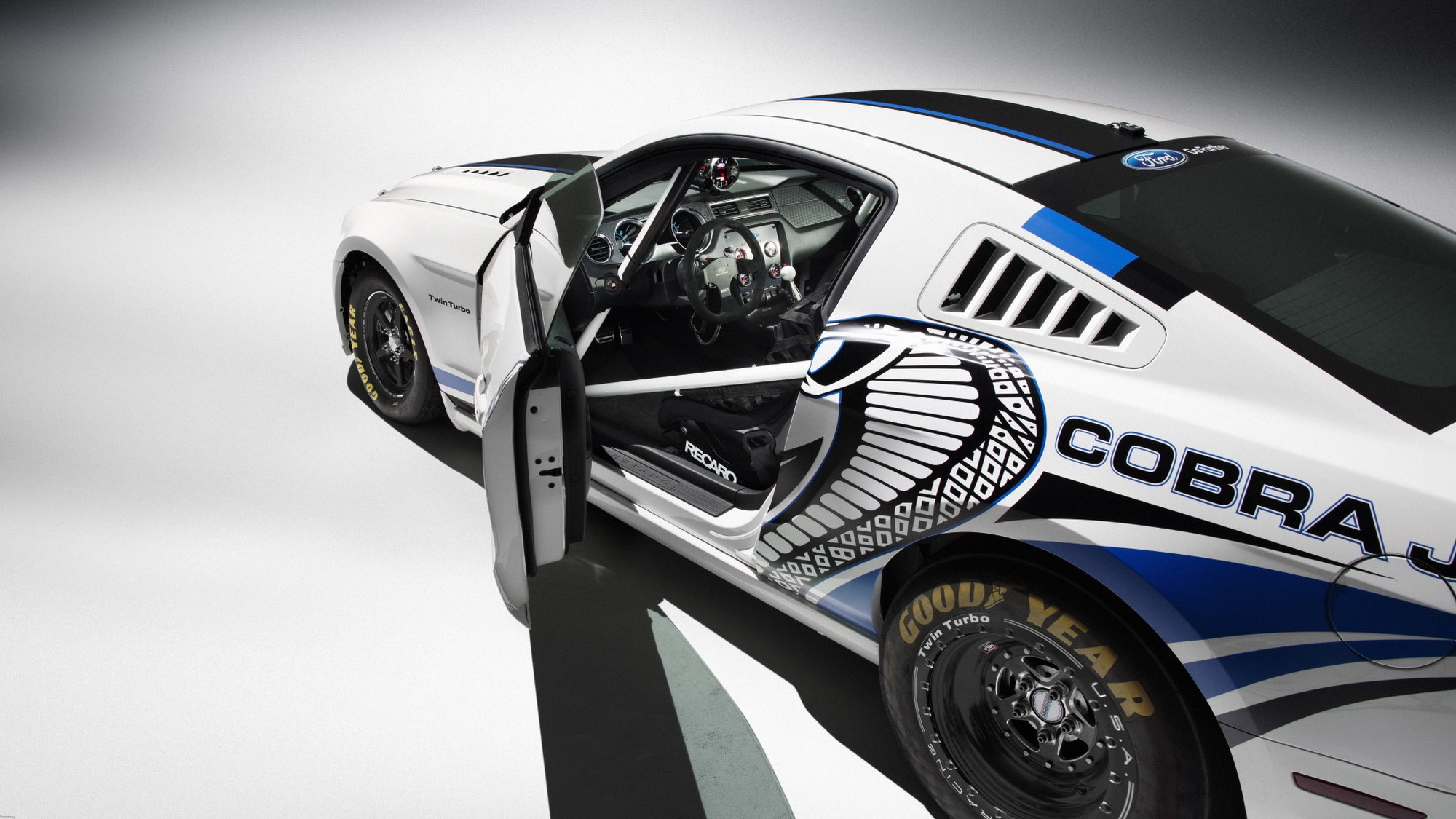 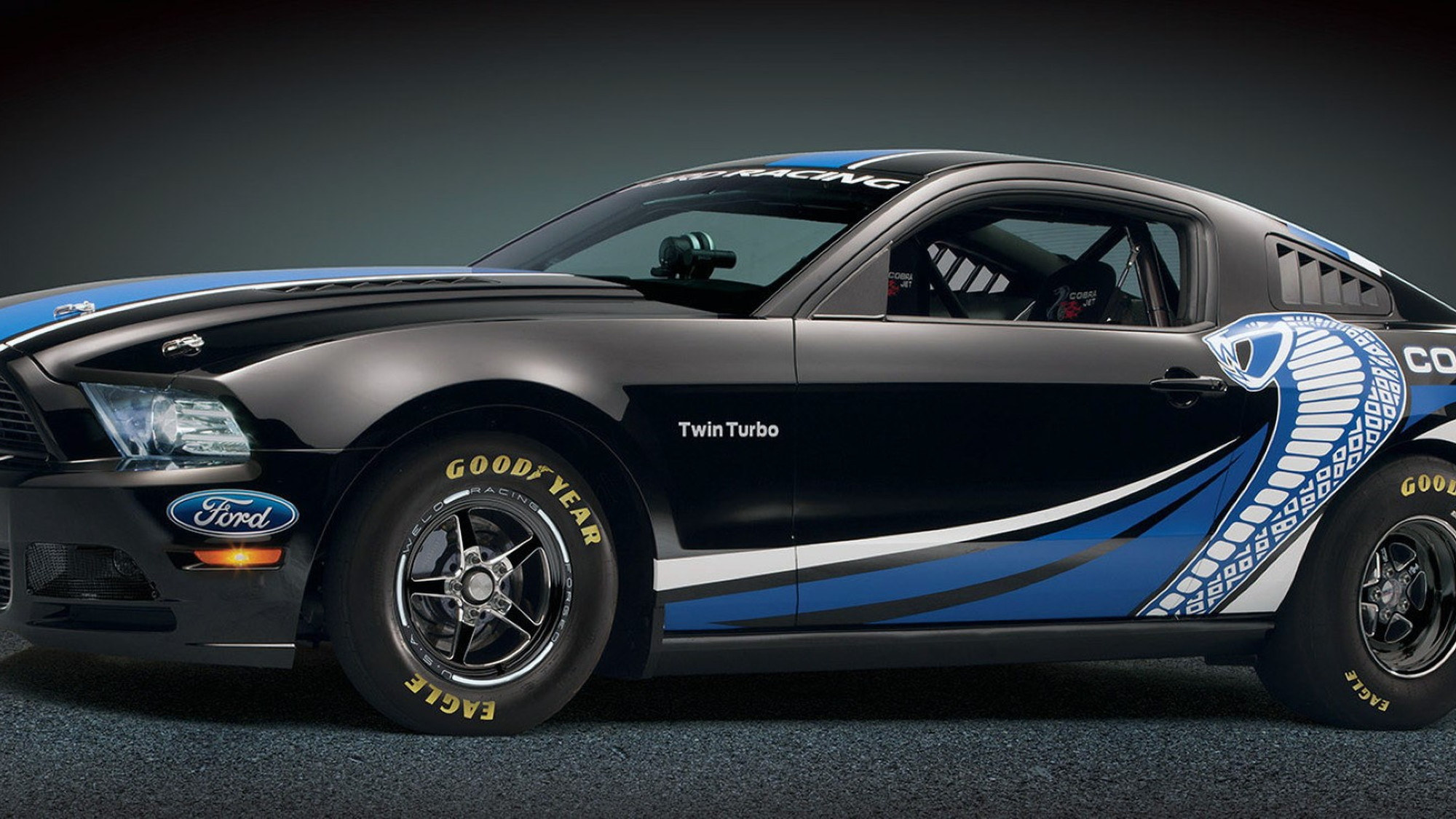 13
photos
The 2012 SEMA show is well underway, and among the various tuned and factory custom cars on the show floor, there are a few legitimate race cars. One of them is the straight-strip terrorizing Mustang Cobra Jet--now with twin turbos.

Get more Mustang news:  Subscribe to our daily newsletter

Though we don't get any stats or details on the twin-turbo Cobra Jet other than that it uses a pair of turbos and a 5.0-liter V-8 engine, we do know that it will be more efficient at generating its power: the 2013 Cobra Jet uses a supercharger--but that supercharger requires 100 horsepower just to turn the 2.9-liter blower. That's power that's lost for forward motion.

"To overcome the biggest perceived drawback of turbocharging – the lag – we’ve selected the smallest possible turbos that will give us the airflow we need," said Dave Born, Ford turbocharger design engineer. "We’ve also got some other enhancements to help improve the responsiveness; we have very low inertia and very low internal friction."

Borg-Warner turbos based on the same design found in the Focus ST were used, with low-friction ball bearings. Ford says the turbos can spin up to 150,000 rpm "almost instantly." Lightweight titanium aluminide turbine wheels also help with spool-up.

The twin-turbo Cobra Jet project isn't finished yet, however. Following the SEMA showing, Ford Racing engineers will continue development to improve the durability and performance of the setup. It's not yet clear if Ford will release a twin-turbo version for customer purchase.

Specs for the Mustang Cobra Jet Twin Turbo Concept include: