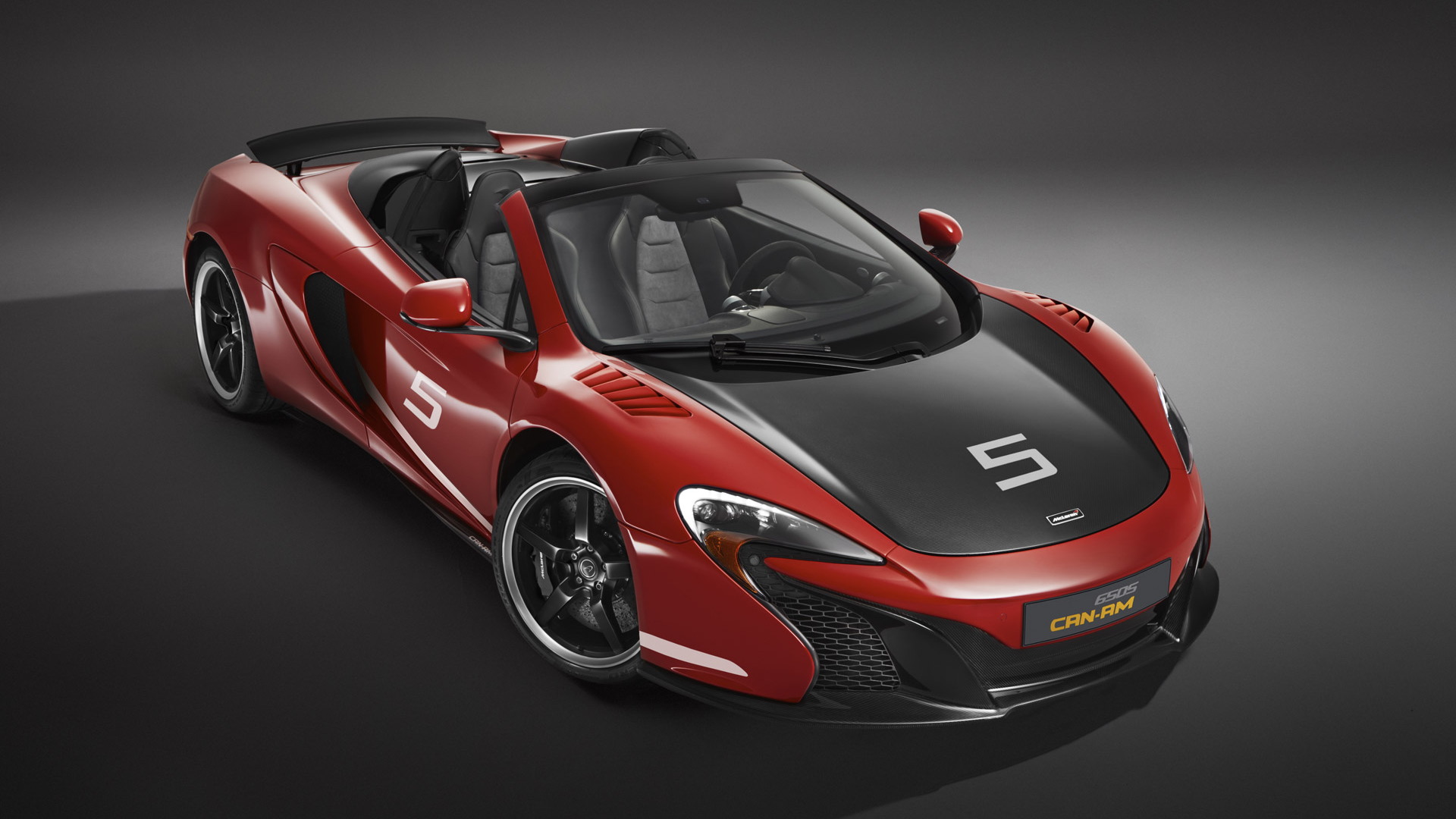 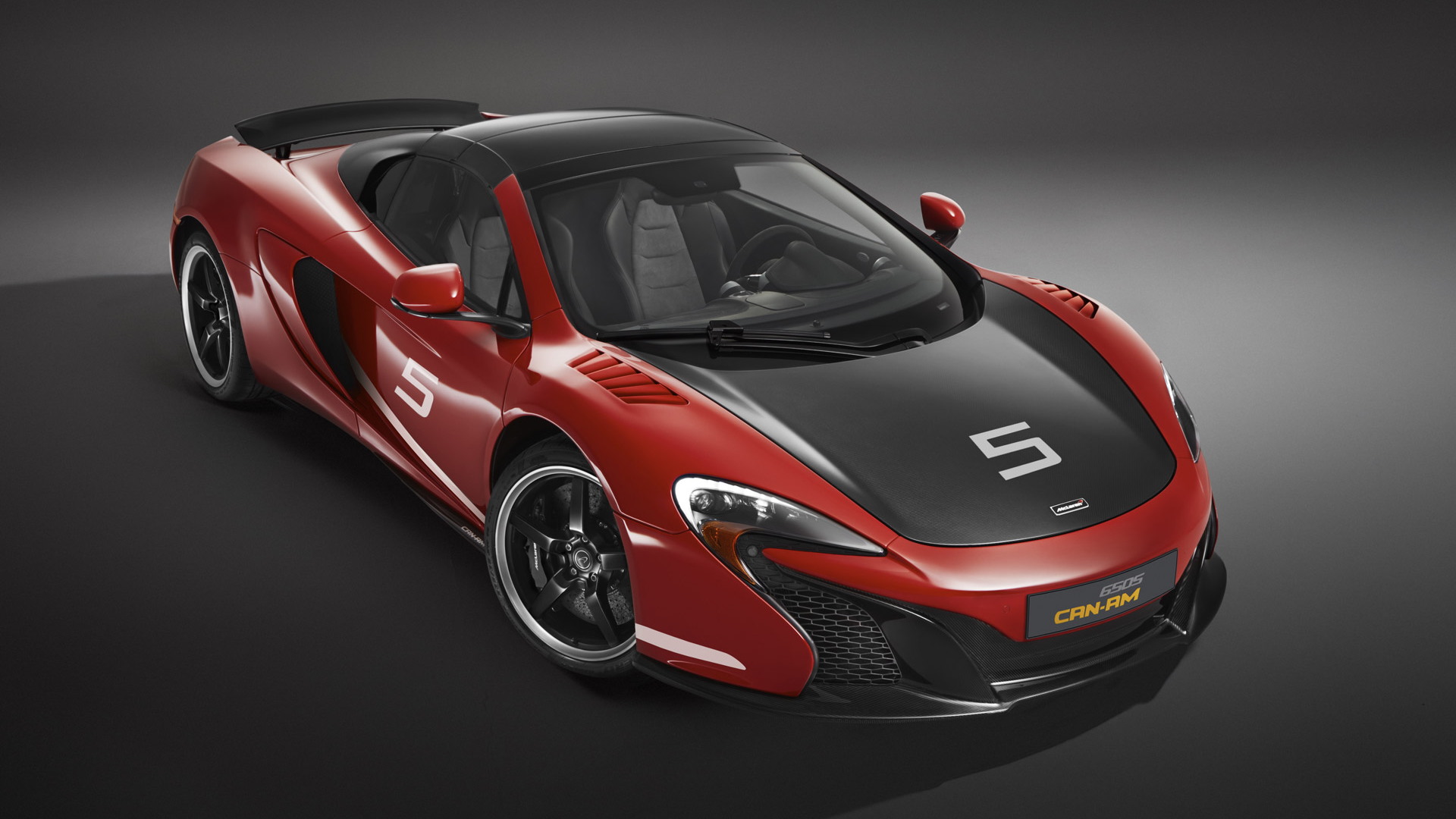 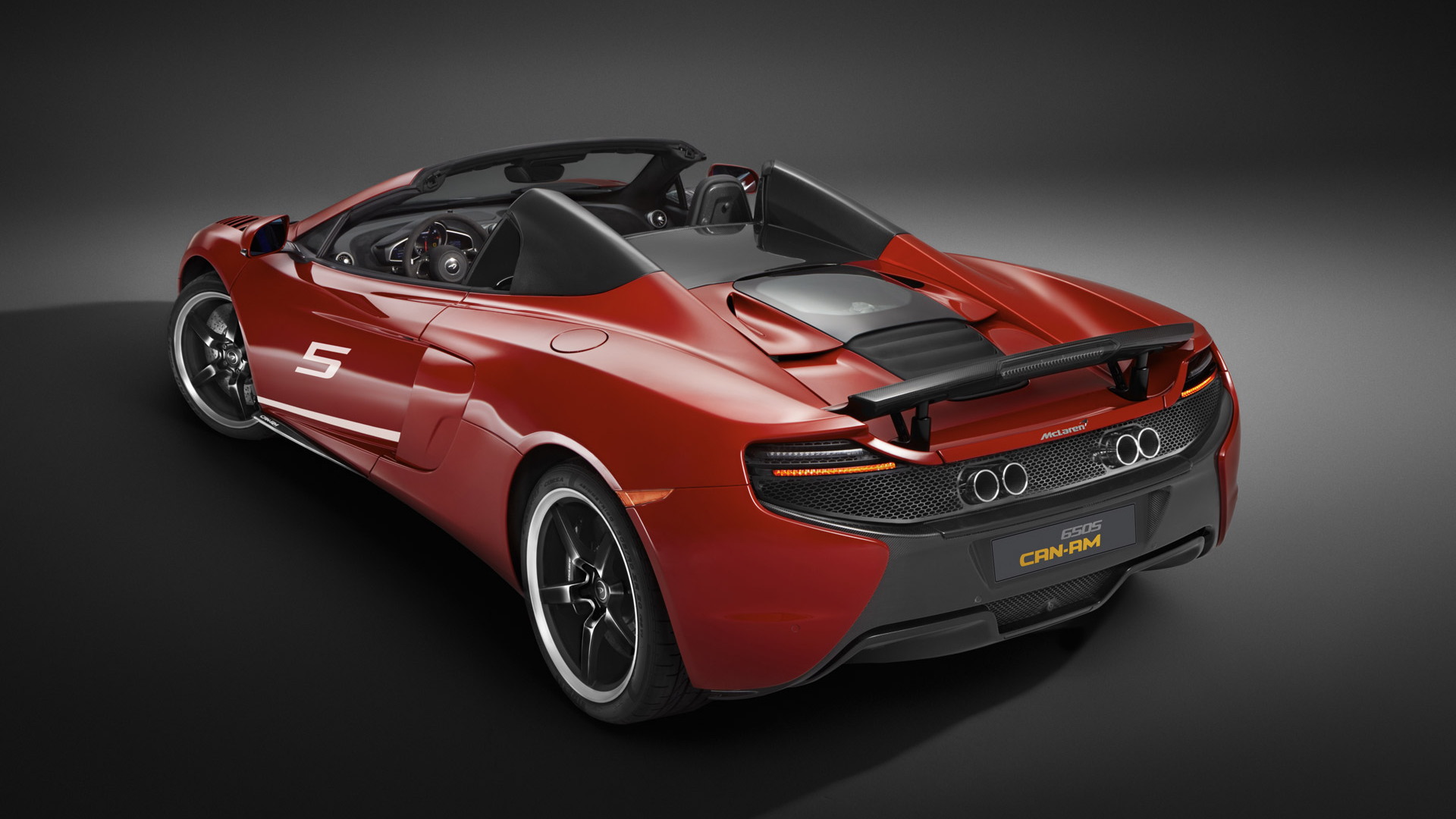 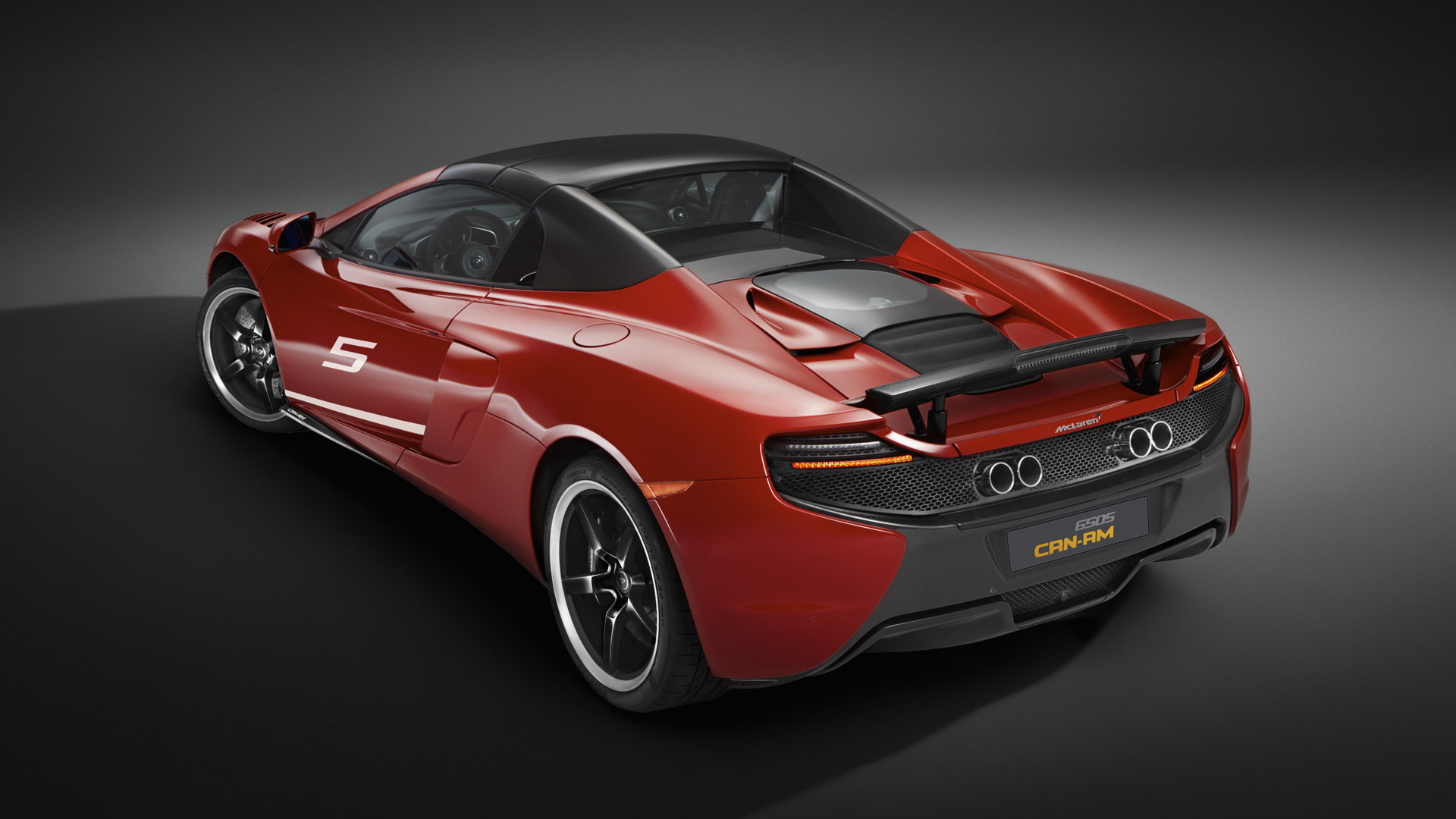 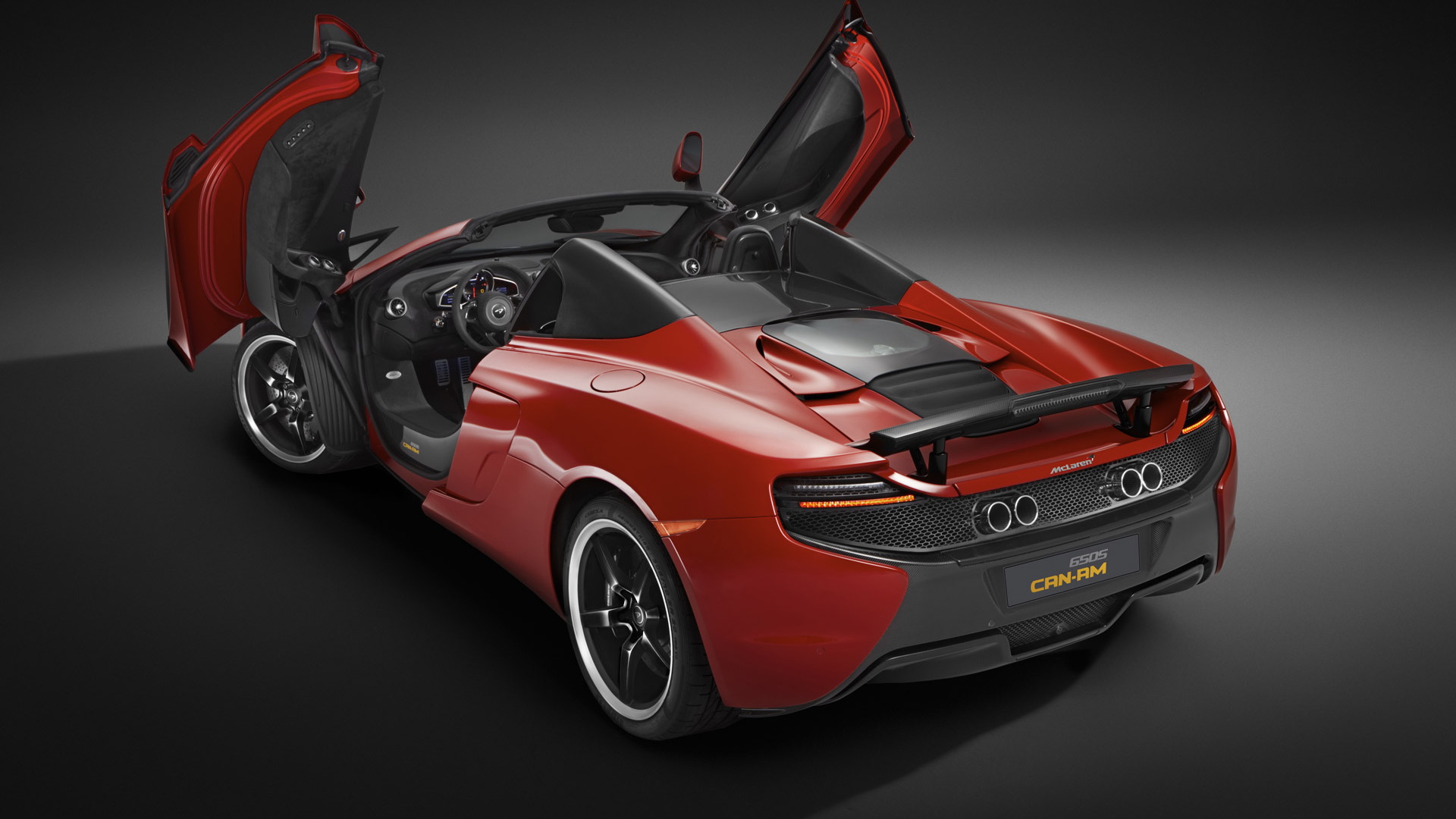 It was in 1966 that the inaugural season of the Canadian-American Challenge Cup was run, and one of the most successful manufacturers in the series was McLaren thanks to cars like the M1A and M1B plus drivers such as Bruce McLaren and Chris Amon.

To celebrate next year’s 50th anniversary of the start of the series, McLaren has created a special version of the 650S Spider whose design was inspired by the cars that won numerous Can-Am championships in the 1960s and ‘70s.

The special version is called the 650S Can-Am and just 50 examples will be built for worldwide consumption. It’s largely stock but there are unique design elements created by the bespoke division of McLaren, MSO.

Carbon fiber features throughout, including for the retractable roof for the first time. There is also a unique set of forged alloys held by titanium bolts. These wheels measure 19 inches across up front and 20 inches at the rear, and inside these are carbon-ceramic discs. The standard tires are Pirelli P Zero Corsas.

Further inspiration from the Can-Am racers sees carbon fiber louvered front wings and a new quad-exit stainless steel exhaust system. The louvered front wings are designed to reduce pressure over the front wheels, increasing downforce, while the four polished tailpipes at the rear of the car, housed within a new visual carbon fiber rear grille, echo the aggressive and purposeful throttle trumpets of the historic models.

The 650S Can-Am is offered in three colors, each inspired by a historic Can-Am livery. Premiering in Mars Red, the color has been matched to the M1B raced by McLaren and Amon for the debut season. Other colors available are Papaya Spark and Onyx Black. For the United States, the car is priced from $334,500. Deliveries are due to commence in the spring of 2016—50 years after the first Can-Am race was held.