While the Camaro ZL1 you can buy at your local Chevy dealer today is meant to be a Jack-of-all-trades muscle car, the original Camaro ZL1 was built with a singular purpose in mind: to get through the quarter mile faster than any other car being run in AHRA competition.

The 1969 Camaro ZL1 was the brainchild of LaHarpe, Illinois, Chevy dealer Fred Gibb. According to Hemmings (via GM Authority), Gibb got the idea of ordering big engines in small cars from an employee, car-salesman and weekend-drag-racer Herb Fox. Fox introduced Gibb to builder and tuner Dick Harrell, and the rest is motorsports history.

Gibb began working with Chevy’s Central Office Production Order (COPO) system when he arranged to have a small batch of Chevy II models Built with L78 engines. Encouraged by the quick sale of these cars, Gibb decided to push his luck in ordering a special batch of Camaros built just for drag racing. 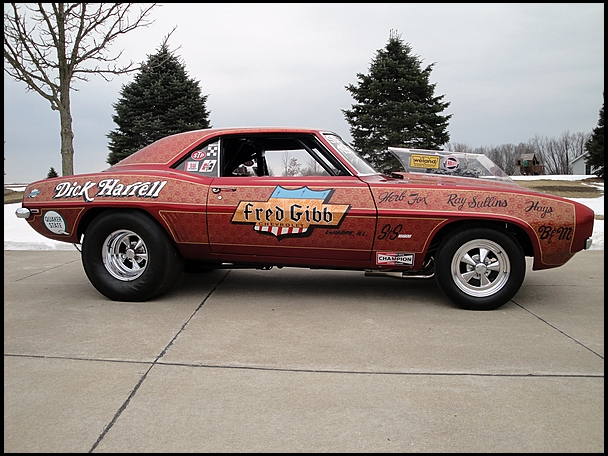 Those cars were fitted with the legendary ZL1 V-8, an engine that was build for Can-Am racing, not production. The 427-cubic-inch engine was rated at some 430 horsepower, which was enough to propel the special-order Camaro through the quarter-mile in 10.41 seconds at 128.1 mph.

The Camaro ZL1 soon became the stuff of legend. In its very first outing at the 1969 AHRA Winternationals, Herb Fox drove the car into the semi-finals, beating the legendary Ronnie Sox in the Sox & Martin Hemi Barracuda along the way.

Only 69 Camaro ZL1s were ever built, and some examples have traded hands for as much as $800,000 in previous sales. When the original Camaro ZL1 hit the block, speculation was that it would sell for even more, given its documented history. 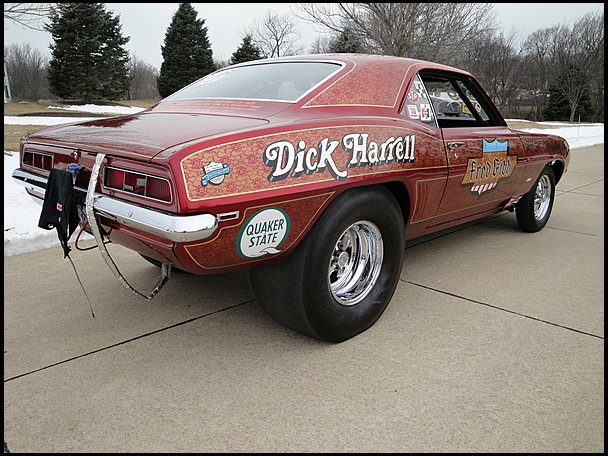 Blame it on the stars or blame it on the economy, but when the car was hammered at last week’s Mecum Spring Classic auction, the selling price was a disappointing (for the owner, at least) $400,000.

It’s hard to call a car sold at that price “well bought,” but we have to think the new owner was extremely pleased with his purchase. We’d be the first to admit that there’s no such thing as a sure bet when buying automobiles for investment purposes, but we’d call a future profit on the car likely.