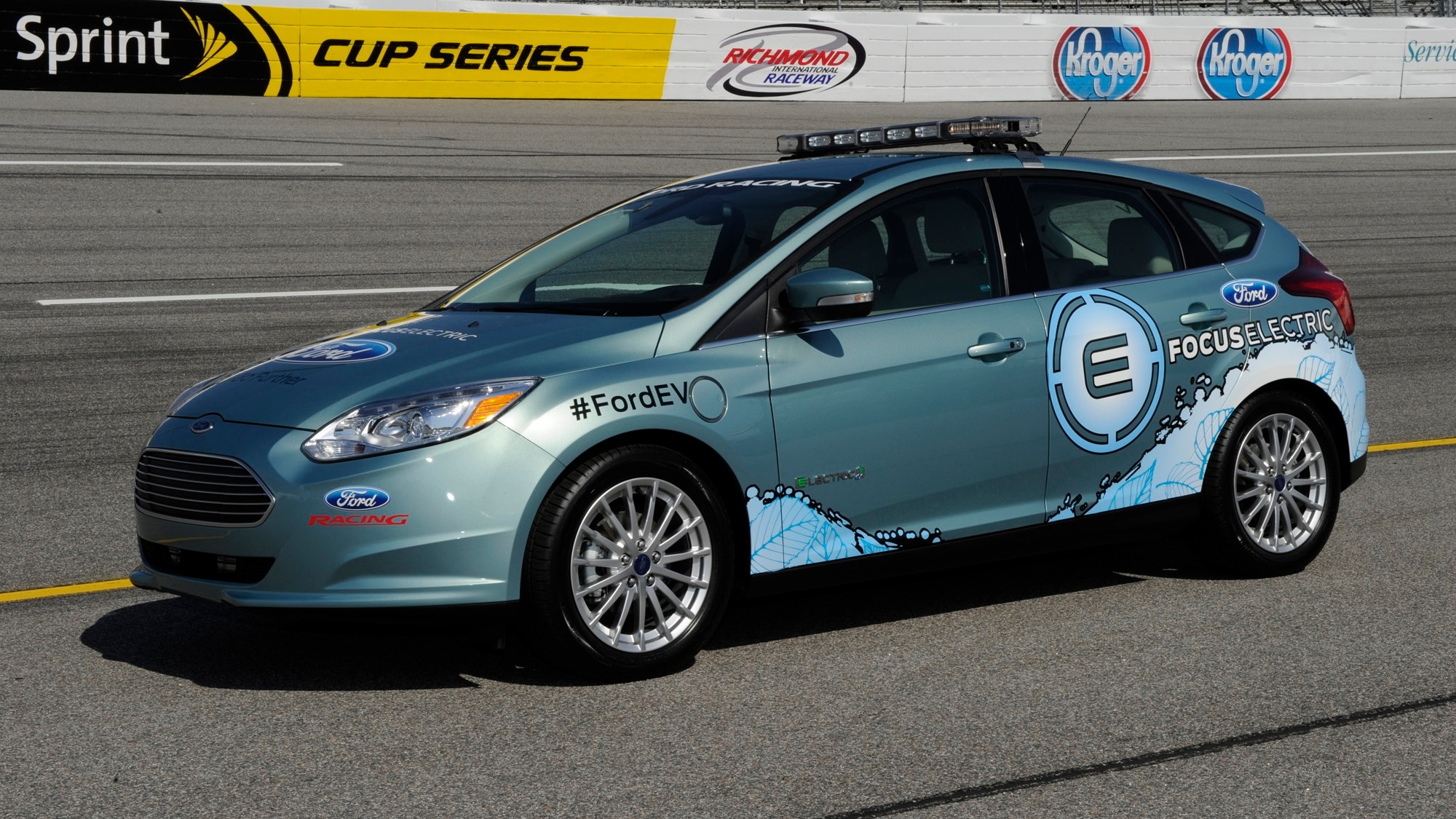 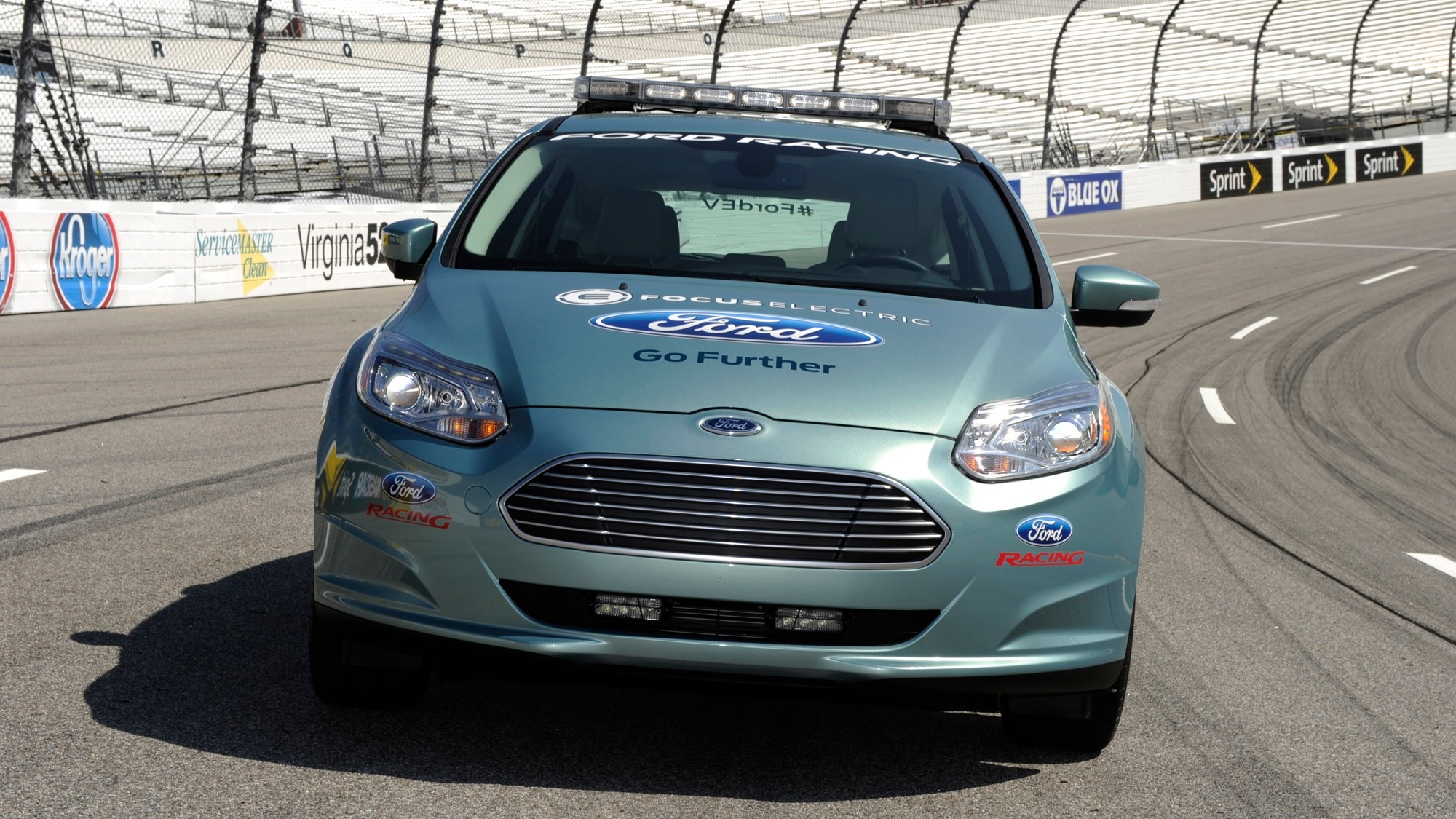 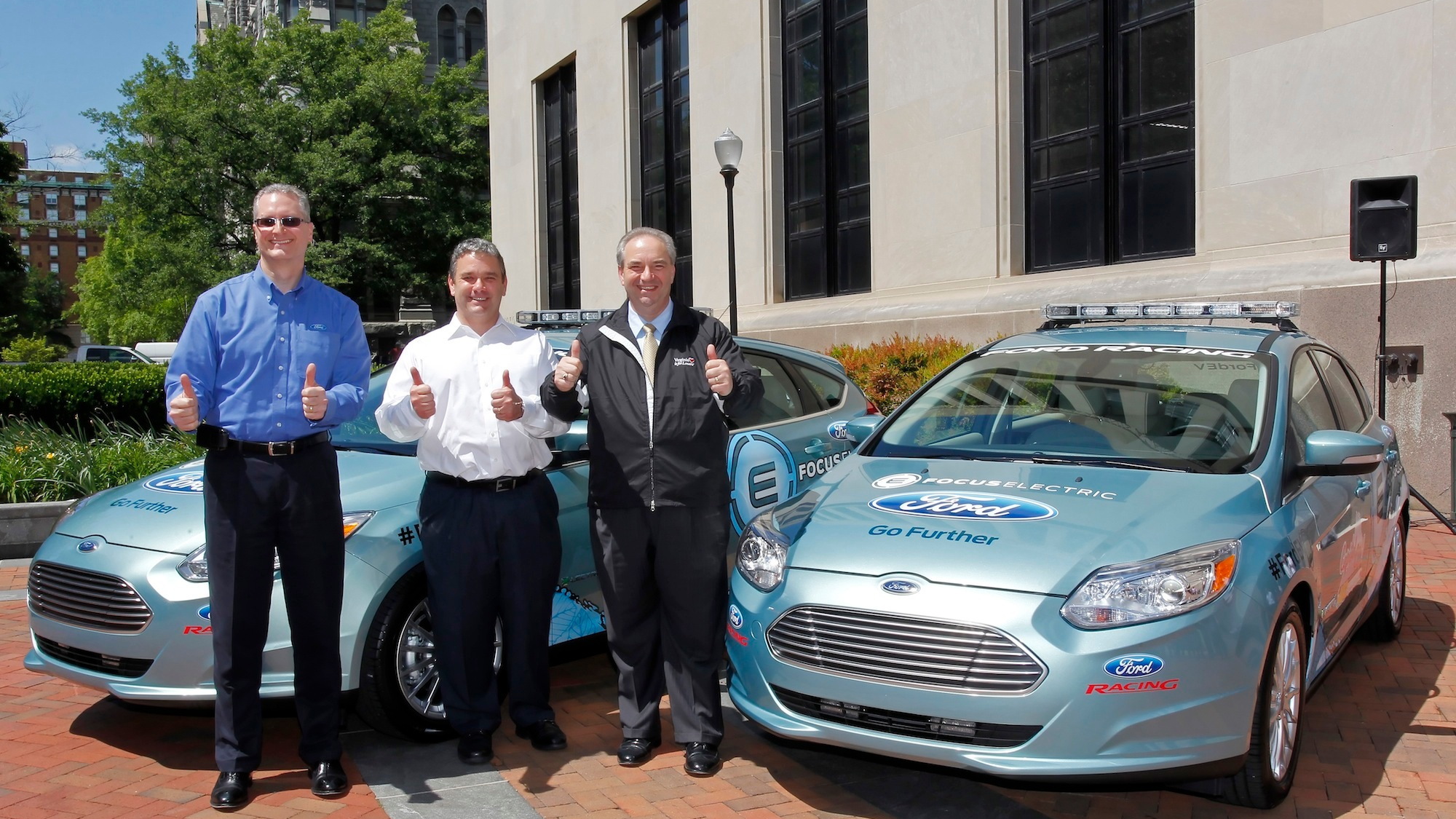 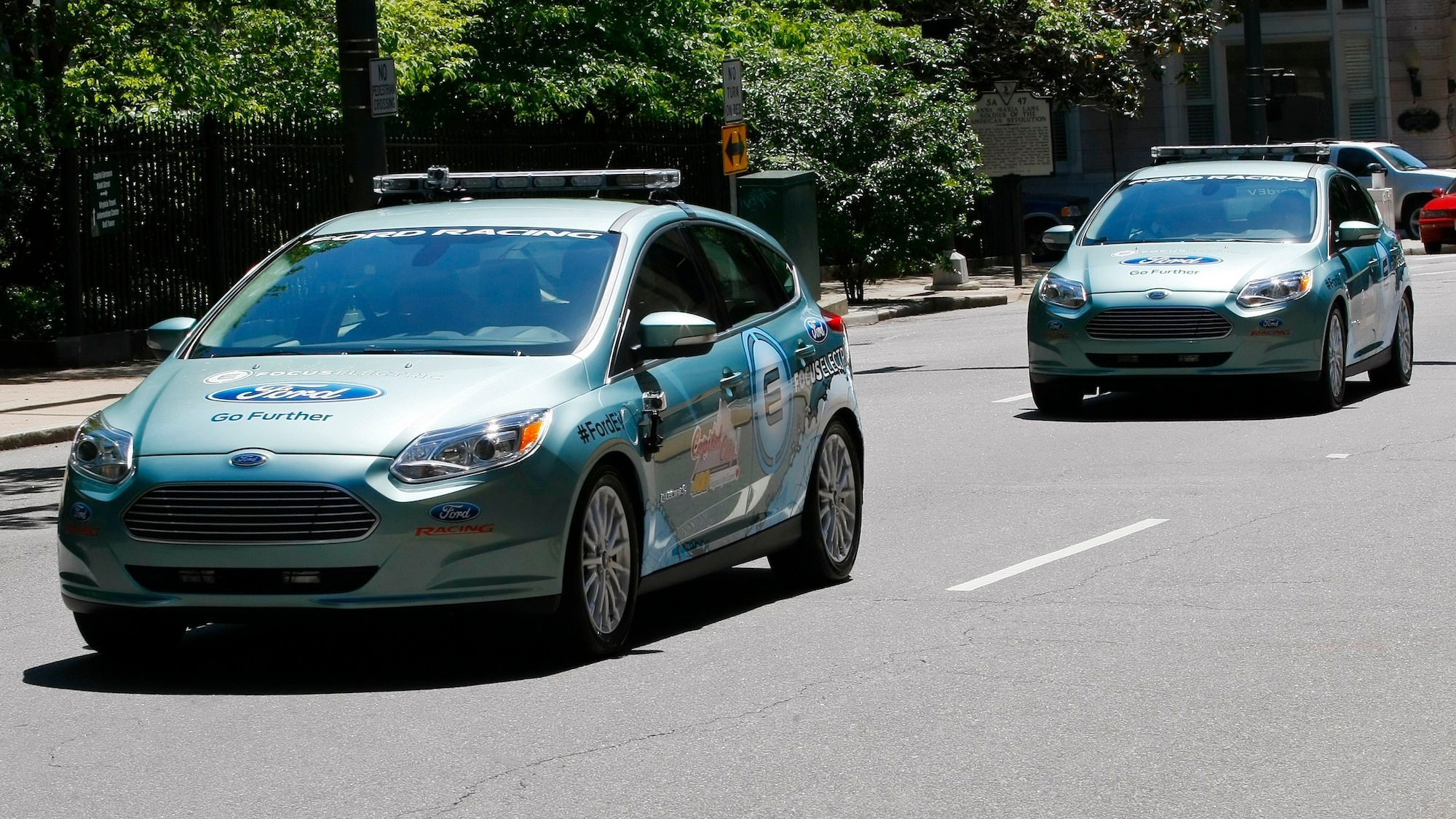 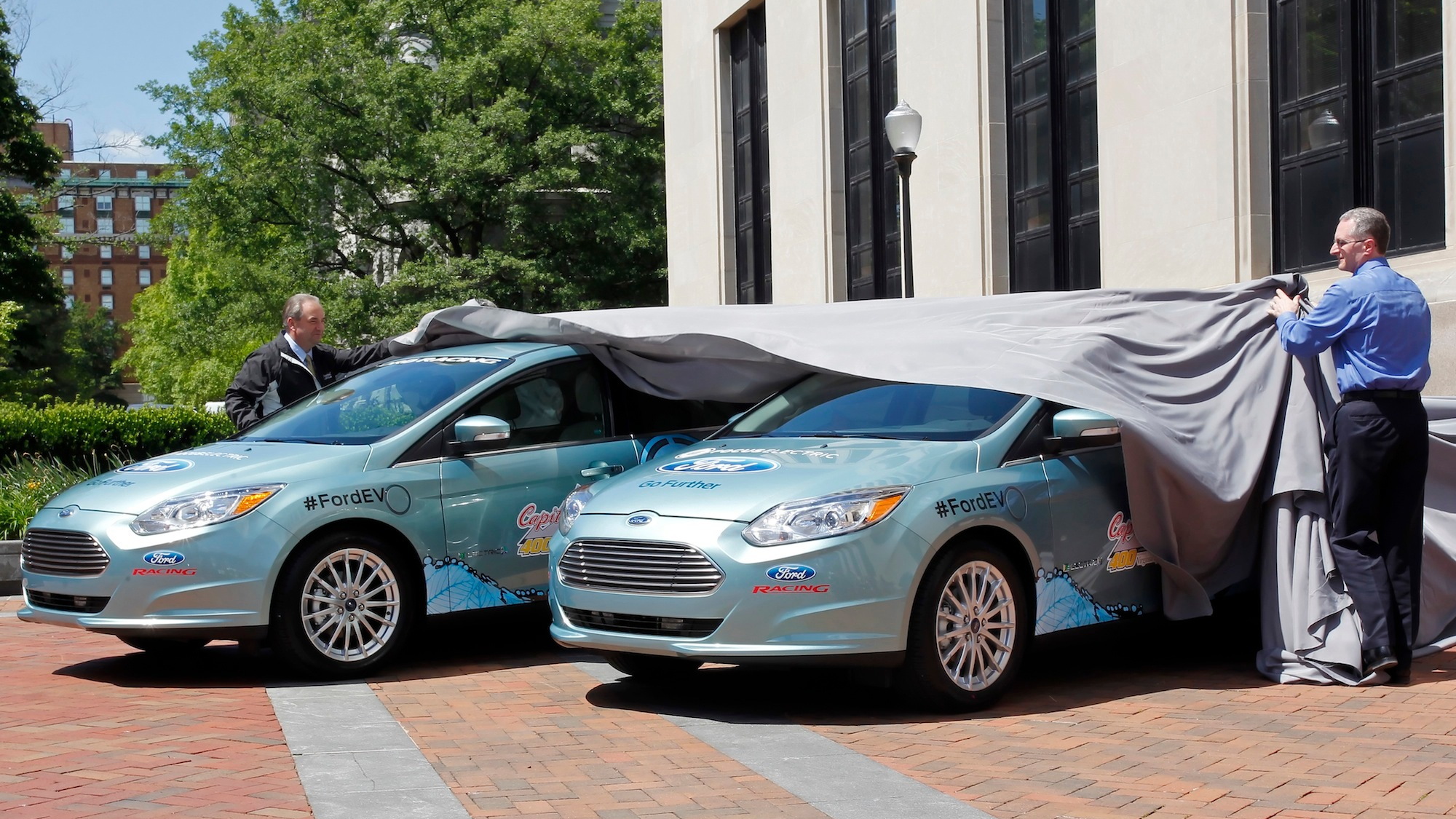 7
photos
While the 2013 Ford Fusion Sprint Cup race car won't join the (mostly) oval fray until next year, the 2012 Focus Electric will be getting its NASCAR debut this weekend--sort of. It'll be the pace car.

Ford announced the Focus Electric as the pace car a couple of weeks ago, but now we have photos of the car, decked out in its race-pacing gear. As you'd expect, that gear is mostly composed of a set of neurasthenic vinyl graphics and a big light bar. Two examples of the pace car electric Focus were officially unveiled today at the Richmond circuit.

There's a lot of marketing hogwash behind the reasoning for putting the Focus Electric in front of the nation's NASCAR fans, but we're most intrigued to see how well it handles the duty--the Focus Electric's 84 mph claimed top speed is well above the typical 55 mph pace lap speed, and the car's 100-mile range is enough to cover about 35-40 laps of NASCAR's longest ovals (Talladega and Daytona), or 133 laps of the three-quarter mile Richmond circuit where it will make its debut.

For more information on the Ford Focus Electric, be sure to visit Green Car Reports' first drive review here.