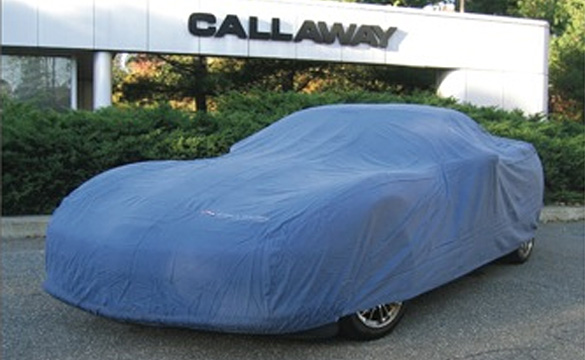 Fans of the Corvette will no doubt remember--and many will hold a special place in their fantasy garages--the original Callaway Corvette, perhaps most especially the twin-turbo RPO B2K model produced from 1987 to 1991 (though many will point to the legendary C16). The 25th anniversary edition Callaway Grand Sport is built to remember that car--and like its predecessor, it gets its own special GM RPO.

What's an RPO? It's a Regular Production Order assigned to cars by GM, and Callaway is the only non-GM company to build a car with one. The original B2K cars could be ordered at a handful of Corvette dealers, and were shipped straight from Bowling Green to Callaway's facility in Old Lyme, Connecticut for final assembly.

The same will be done with the new 25th anniversary cars, reports Corvette Blogger via Corvette Forum, and they'll use the same RPO: B2K. Just 25 of the cars will be built, starting in April. They'll get the higher-end 3LT or 4LT equipment specs, and they'll all be Cyber Gray Metallic with Carbon Flash roof color--or black cloth on convertible models. Manual and automatic transmissions will be offered.

How much power will the 25th anniversary models make? Callaway hasn't disclosed that yet, but the original B2K's output of 403 horsepower and 582 pound-feet of torque (by the end of its model run in 1991) would likely run screaming from the building. We'll find out the full details when the car is unveiled at the Callaway Dealer Summit in Bowling Green on April 23. 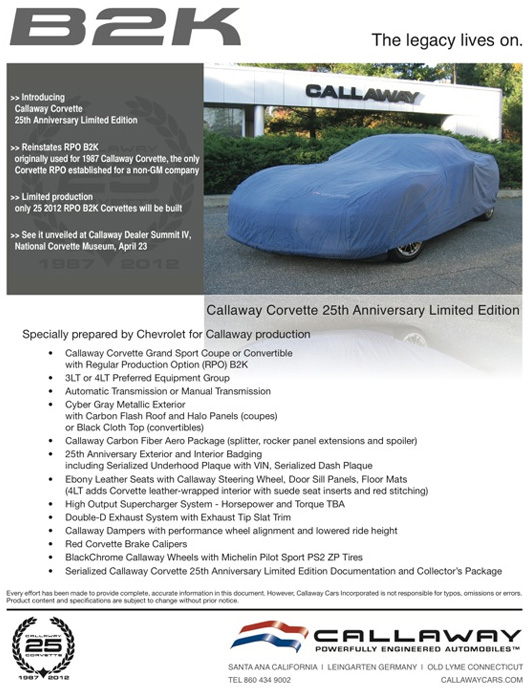