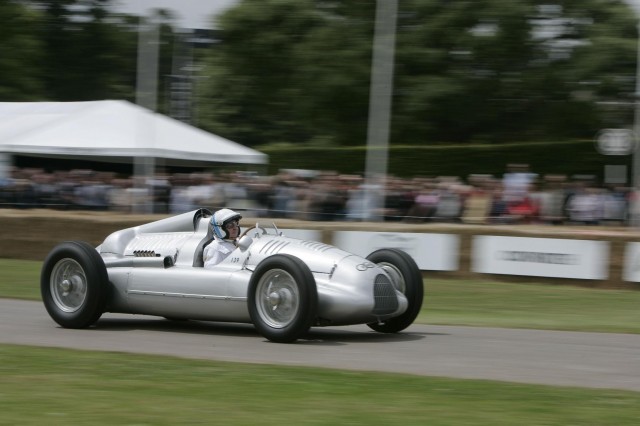 In 1934, Mercedes-Benz and Auto Union introduced Grand Prix race cars that were quite literally decades ahead of the competition. With development subsidized by the German government, no expense was spared in creating the fastest Grand Prix cars the world had ever seen.

Unlike previous German Grand Prix cars, which were painted white, the aluminum bodies of the new Auto Union and Mercedes-Benz cars were left unpainted, reportedly to meet the newly-imposed 750 kilogram (1,650 pound) weight limit. Almost immediately, the media began referring to the German racers as the “Silver Arrows.”

In honor of the 75th anniversary of their first appearance, the Silver Arrows will return to Britain for this year’s Goodwood Festival of Speed. On display and in action will be Mercedes-Benz W25, W125, W154 and W165 models, plus Auto Union Type C and Type D racers.

Period-correct Bugattis, Rileys, ERAs, MGs and Maseratis will also be on hand for a simulated and carefully staged race against the Silver Arrows. The cars will also be on display in a re-created vintage paddock, based on Switzerland’s Bremgarten circuit, alongside vintage transporters.

If you’re a fan of vintage Formula 1 racing, this is a once-in-a-lifetime opportunity to see so many Silver Arrows on track. This year’s Goodwood Festival of Speed is scheduled for September 14 - 16, and ticket information can be found on the Goodwood website. 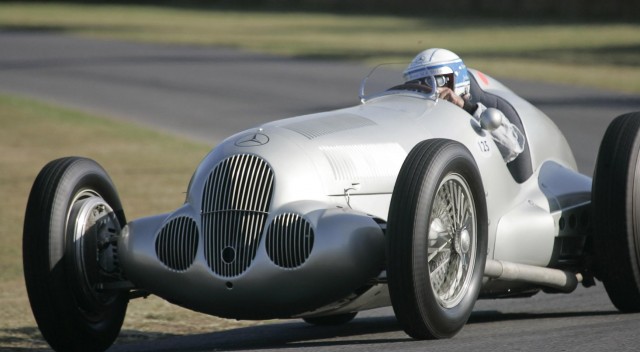