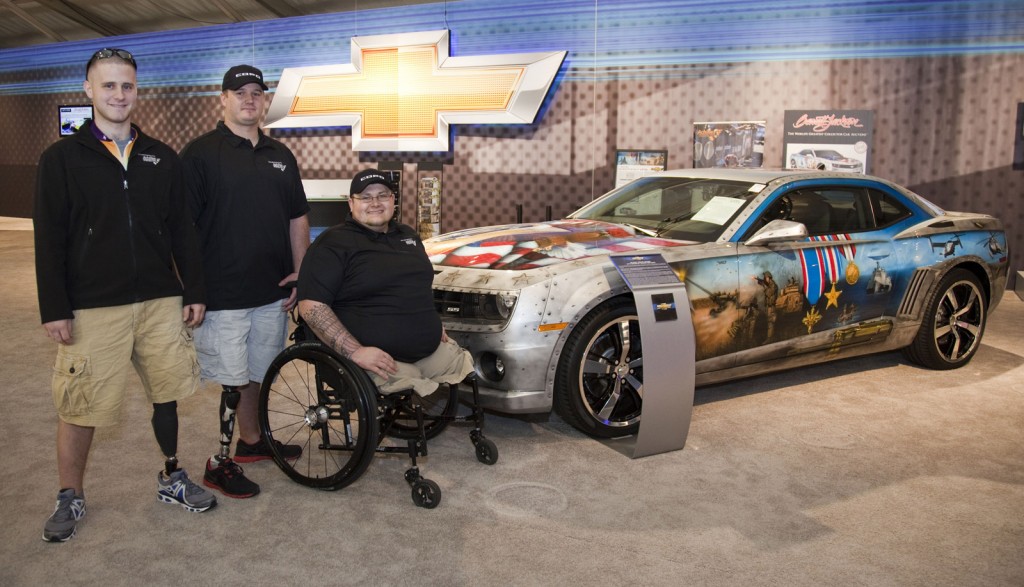 We’ve seen a lot of action at this past weekend’s Barrett-Jackson auction in Scottsdale, Arizona.

The Camaro is a one-off tribute car to the military services and was snapped up by an Internet bidder during the final hour of the auction. All money raised will help support the Achilles Freedom Team, which helps wounded veterans of all services overcome their injuries through athletics, including marathons. 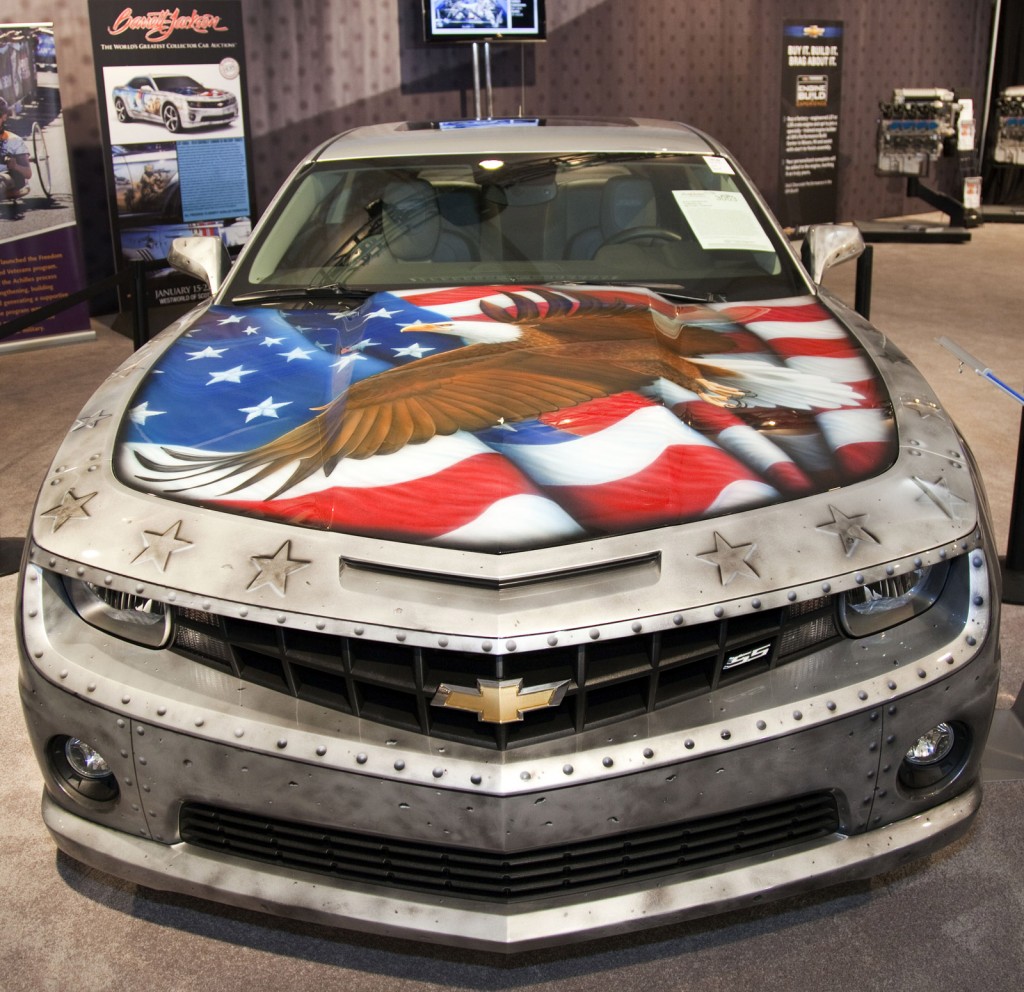 With four members of the Achilles Freedom Team on the stage and several military personnel cheering from the audience, bidding quickly soared to six figures, then gradually climbed to the winning $175,000.

Before heading to Scottsdale, the car toured 30 military bases across the country, as well as the Pentagon. It is based on a 2010 Camaro SS and its unique exterior was painted by artist Mickey Harris.

Harris grew up on military installations and has been airbrushing for 33 years. His latest work is designed to represent all five branches of the armed forces (Army, Navy, Marine Corps, Air Force and Coast Guard) and some of the military’s highest individual awards and current campaign medals.

In related news, the GM Foundation also donated $400,000 to the Barbara Ann Karmanos Cancer Institute as part of the foundation’s efforts to aid health and human services.