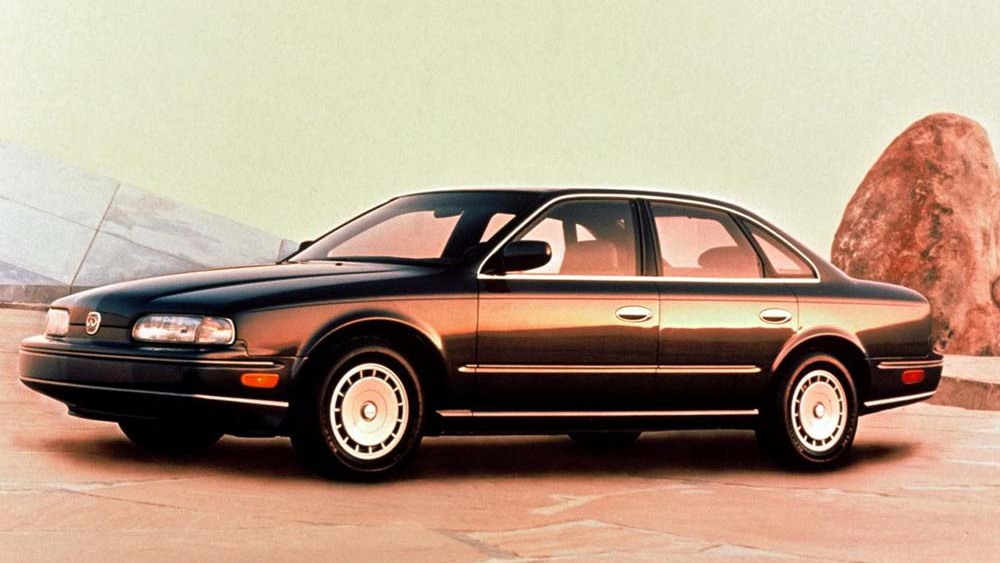 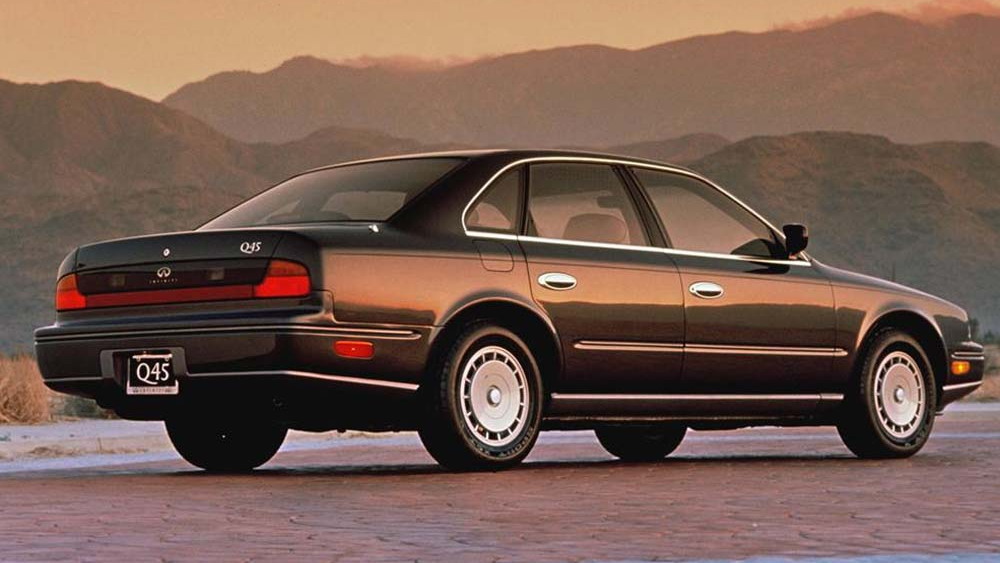 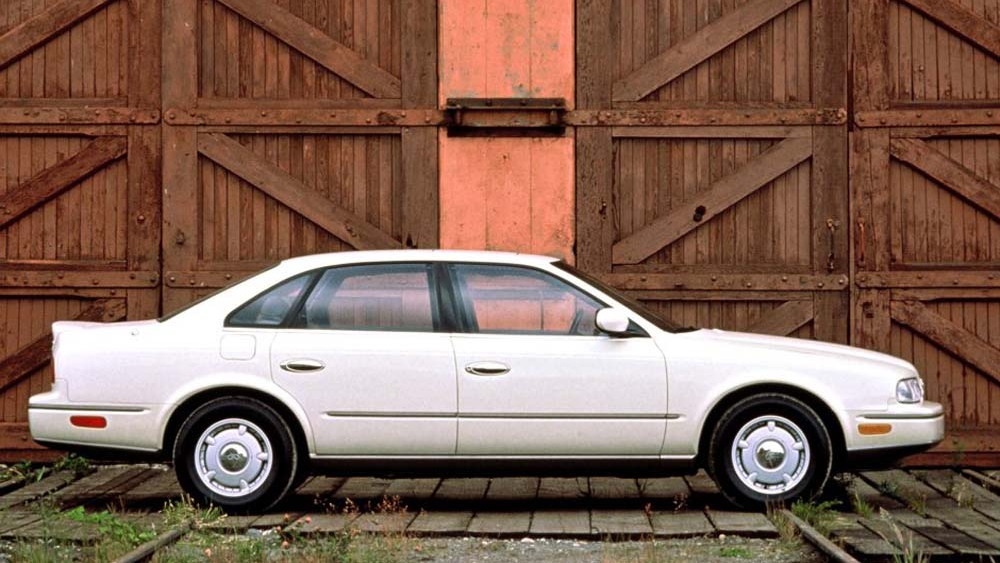 3
photos
Nissan was a bit behind Honda and Toyota with the introduction of a German-fighting luxury marque for North America, but the very first Infiniti was quite a machine.

Based on the mighty Nissan President (a car so majestic that I find myself scanning Japanese car classifieds and searching for customs/registration loopholes in order to bankrupt myself to bring one over to these shores), the early first-gen Q45 should have stomped the front-wheel drive Legend and passionless LS400 like a bunch of Yakuza heavies smashing up a delinquent-on-protection-payments pachinko parlor.

That's not how things worked out.

The Q45 had rear-wheel drive with a viscous limited-slip differential, a big V-8 with variable valve timing, a leather-and-Zen-ified interior that probably made Mercedes-Benz execs hit the schnapps bottle at 9:00 AM… and a weird-looking grille-less snout with a big Infiniti emblem the size of Flava Flav's alarm clock.

Then there were those pesky timing-chain-guide failures and other mechanical issues that seemed very un-Japanese to American car buyers accustomed to bulletproof driving appliances from Nippon. That means that the early Q45 didn't hold its value so well, which means that just about every example now on American streets is owned by a parole-violating Scotchgard huffer whose crime sprees pause only when the Infiniti smacks another dumpster.

I've been searching for a 1990s Japanese luxury car for a while now, with the grille-less Q45 at the top of my list, and it's just about impossible to find one that hasn't been wrecked and/or the home of a family of incontinent possums for a decade.

Surely there must be an original-owner, low-mile 1990 Q45 in a garage somewhere, waiting for me. Right?