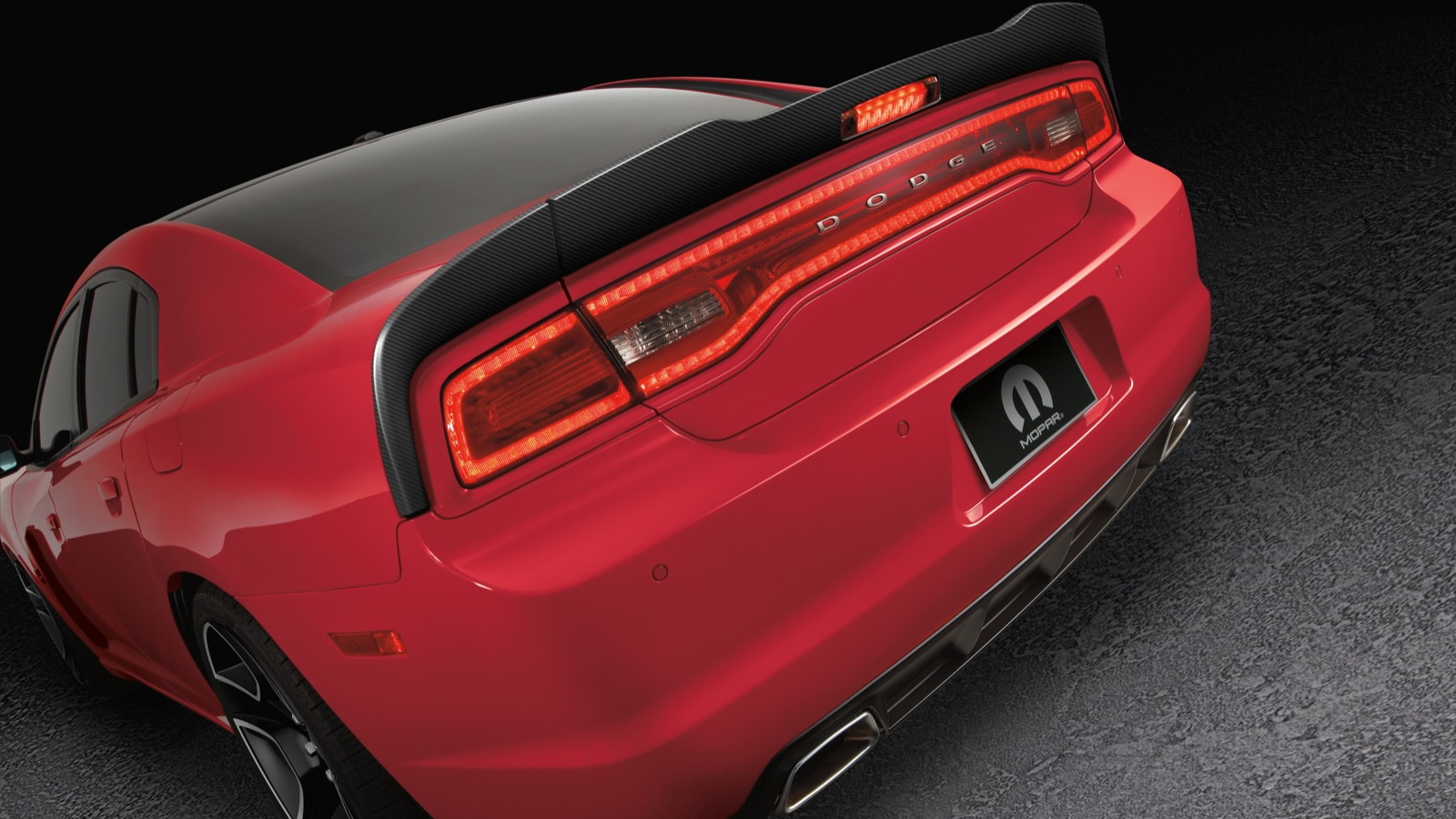 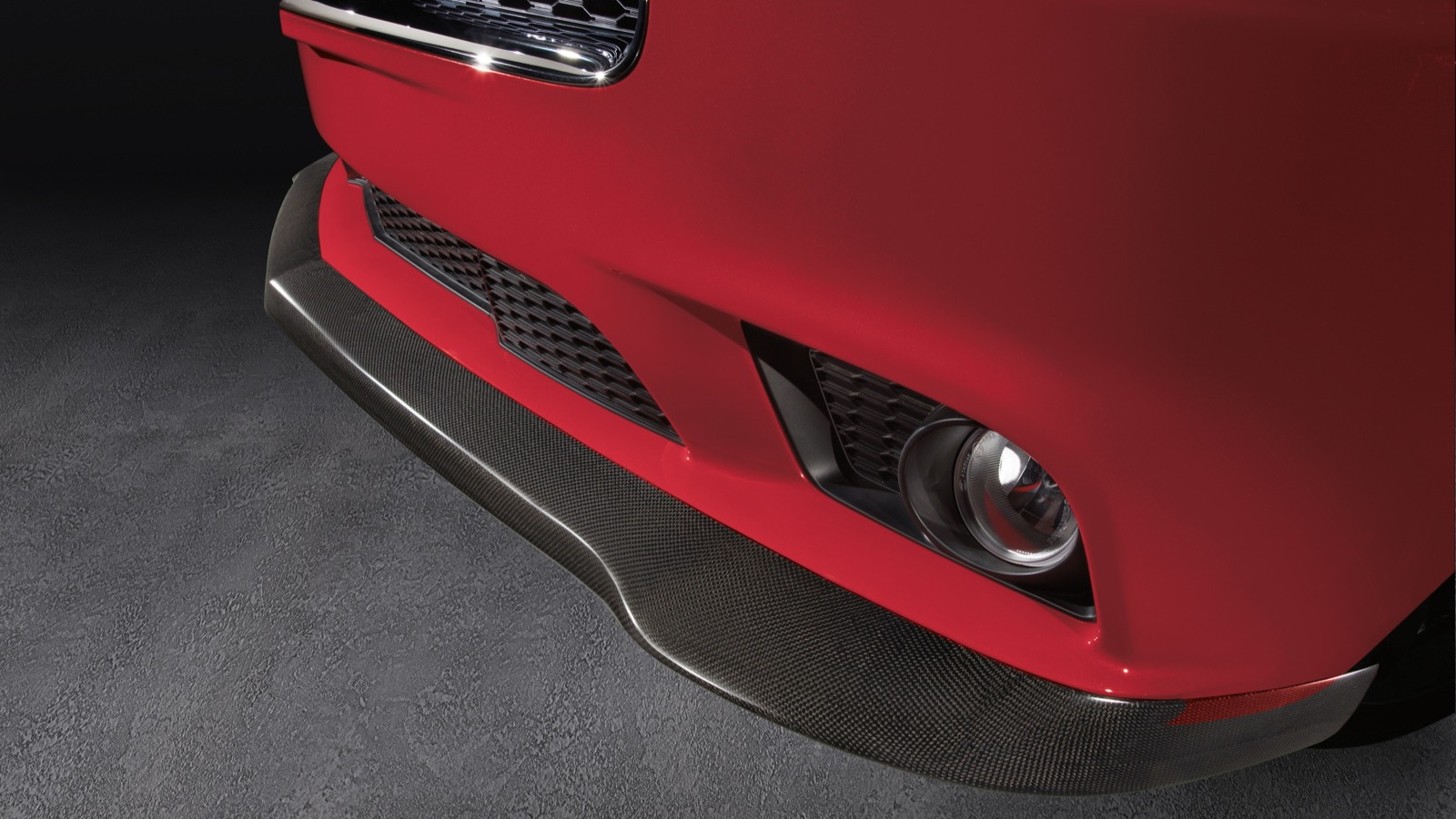 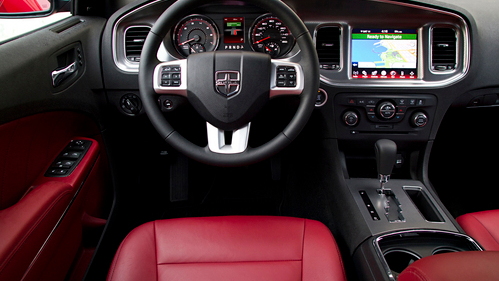 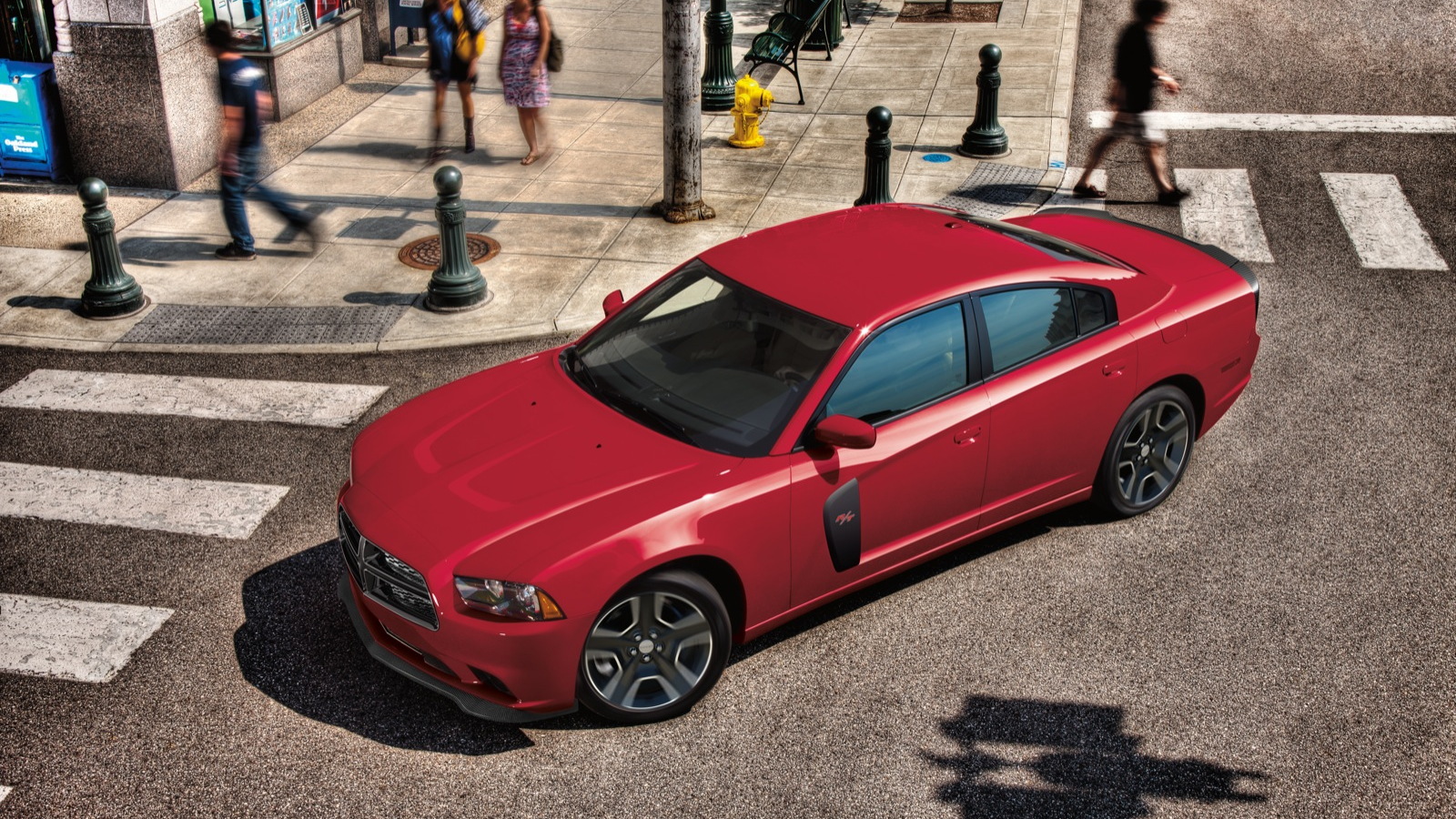 4
photos
Just when we thought Dodge had reached about as deeply as it could into its Mopar-muscle retro-performance catalog, it’s pulling out all the stops at the upcoming Detroit Auto Show with the introduction of a new 2012 Dodge Charger Redline that finds some retro inspiration from 1970—plus a scorching-hot power rating of up to 590 horsepower.


Later in 2012 (likely summer), a new trio of Charger Redline models will arrive, incorporating special Mopar stage kits and factory-tuned performance mods. Chrysler today released information on these ‘Moparized’ Chargers, as well as a few teaser images, and while they’re based on the 2012 Dodge Charger R/T, they have a very different look and a more menacing look and feel.

On the outside, the Mopar Charger has a very different look compared to other models and special editions thus far. A full-width carbon-fiber chin spoiler and three-piece carbon-fiber rear spoiler together give the Mopar Charger a more aggressive look—wider in person from some angles. That’s matched with black-vinyl roof graphics, a body-color grille with black crosshair insert, carbon-fiber side scoops, and R/T badging that pays homage to the 1970 Dodge Charger. The wheels themselves are the 20-inch Black Envy design from the Mopar 2011 Charger, but they’re painted pitch black with polished accents and match the look perfectly.

Inside, the Charger Redline gets aluminum bezels for the shifter and instrument panel, along with a Redline perimeter accent. Stainless-steel pedal covers with rubberized traction spots.

That’s Stage I. Opt for Stage II on the Charger Redline and you get a special performance kit consisting of a cat-back performance exhaust (for a modest power boost and throatier sound), a front-tower cross-brace for improved handling response, and high-performance Mopar brake linings.

Stage III is the package that many Mopar fans will skip straight to. It builds on the heritage of the legendary 426-cubic-inch ‘Elephant Motor,’ with a special crate version of the 426 Hemi V-8—not for public-road use, Chrysler cautions—built with a special lightweight aluminum engine block. It also includes a forged-steel crank and six-bolt mains, with 11:1 compression-ratio pistons, a roller camshaft, cast-aluminum valve covers, and billet fuel rails.

Beginning with its parts depot system in the 1960s, Mopar established a reputation for pushing Dodge muscle cars a bit further than their stock versions allowed—and right up against what was ‘street-legal.’ With the Charger Redline slotting above both the Charger SRT Super Bee, and even the supercharged Charger SRT8 that's still be in the works, they’ll be bringing some of that same attitude, even in 2012.