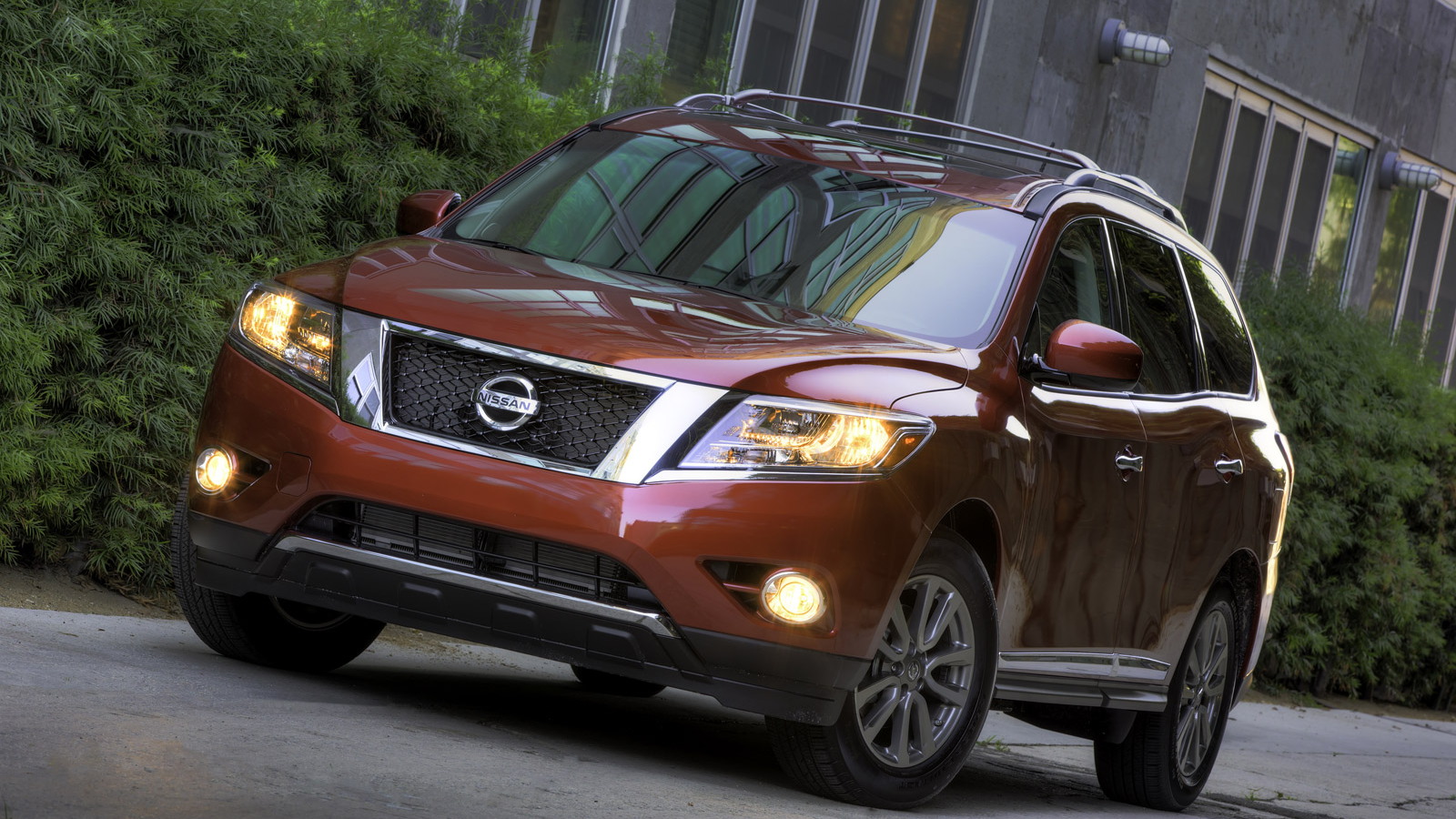 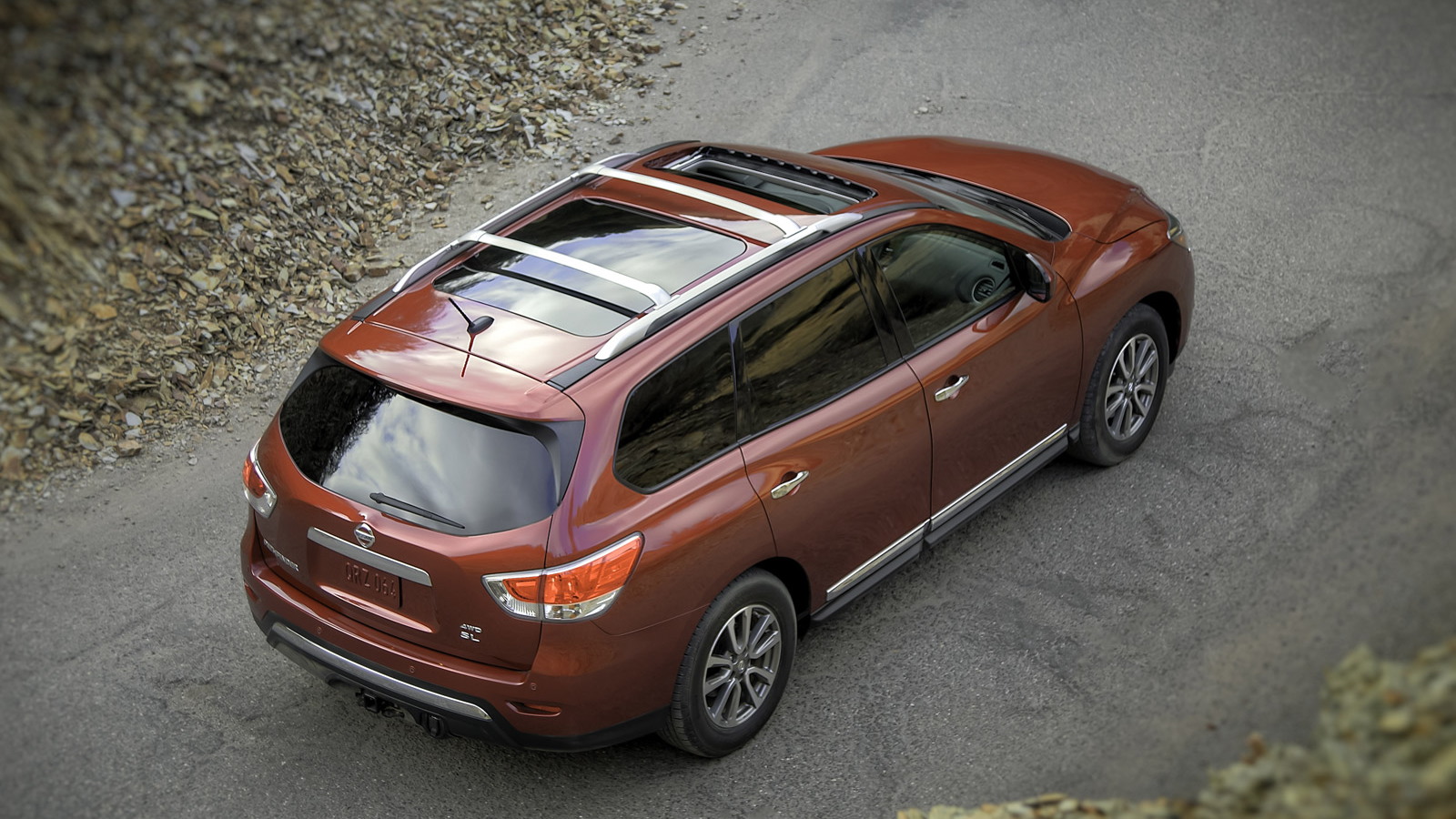 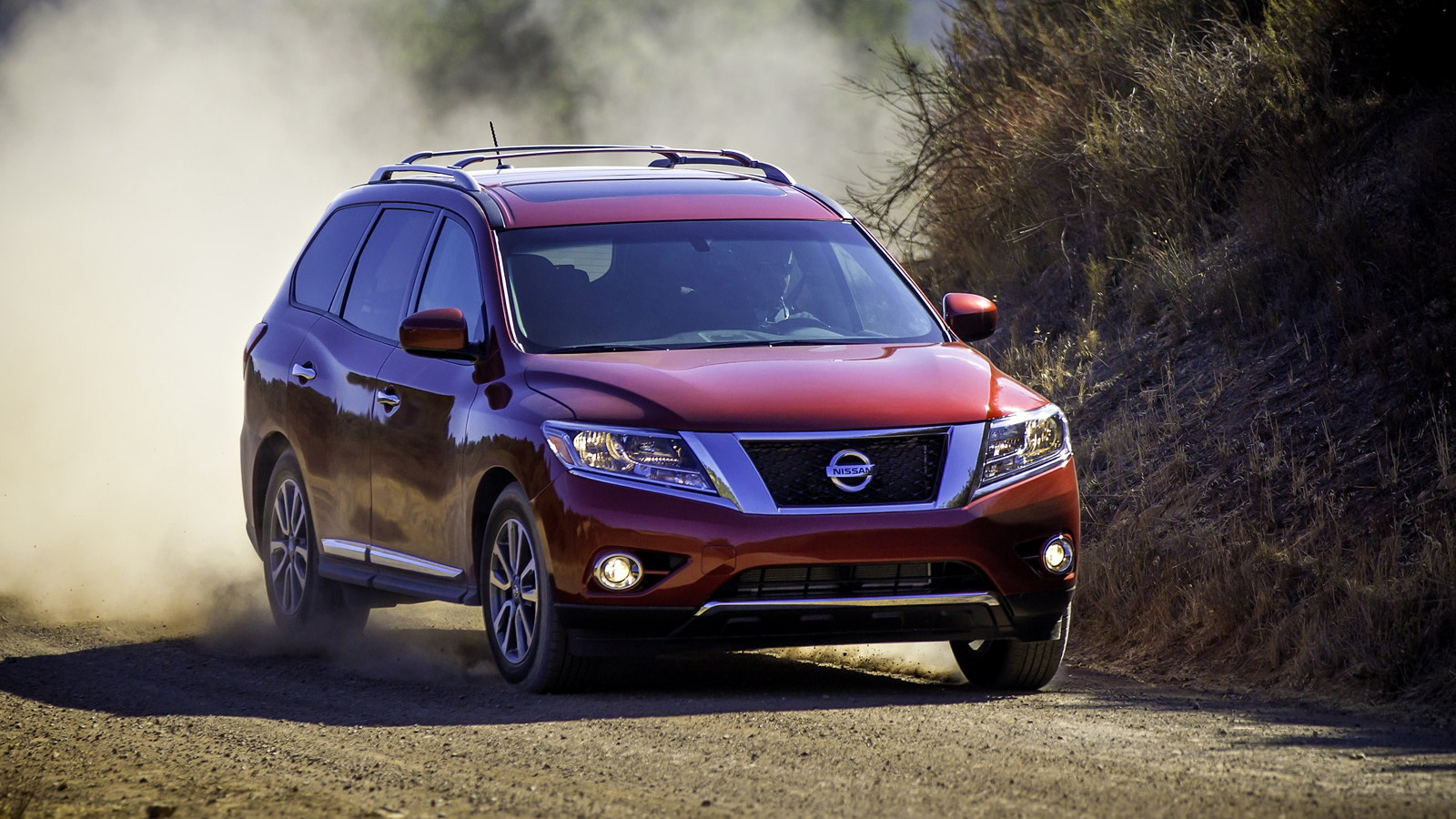 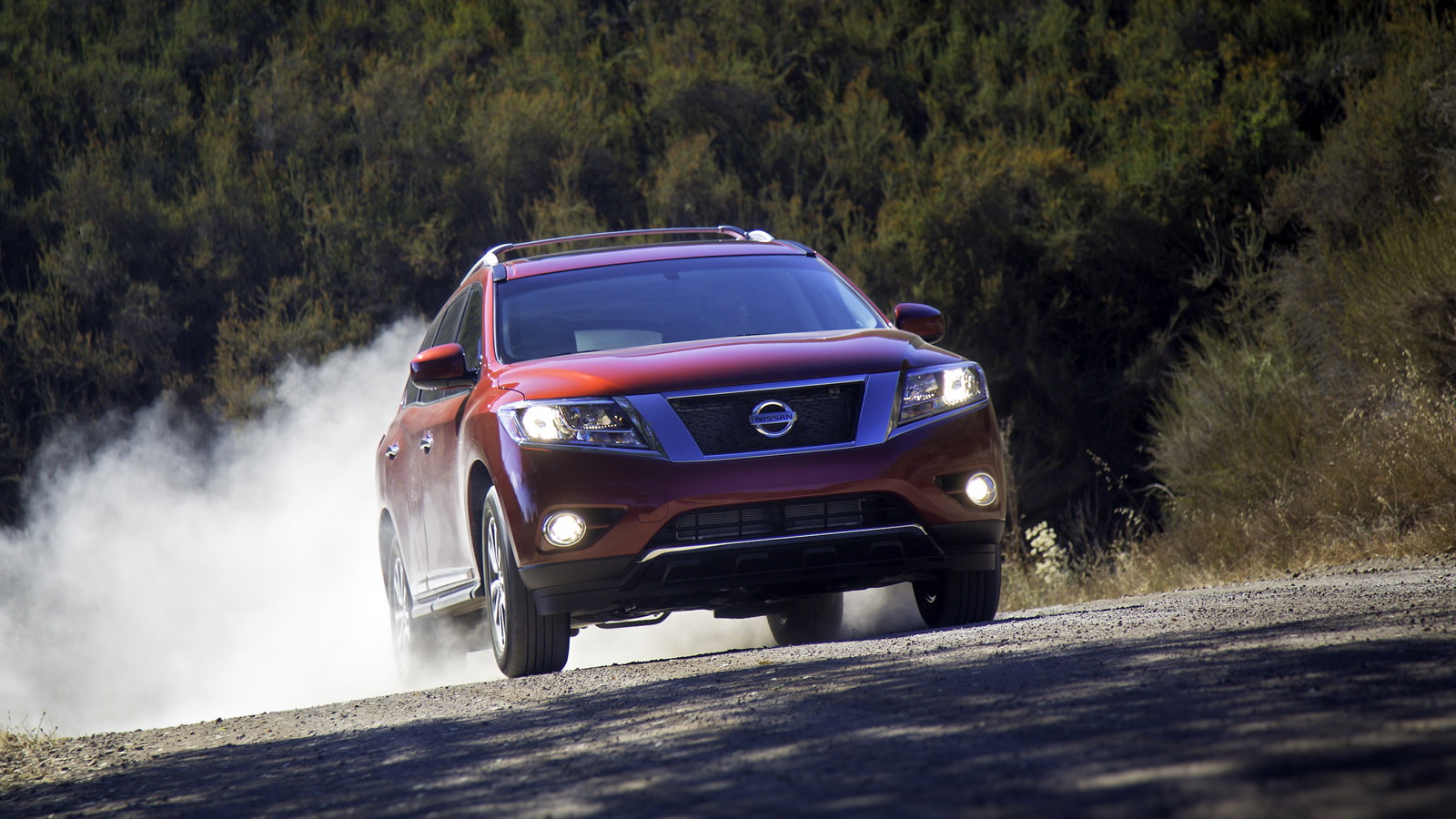 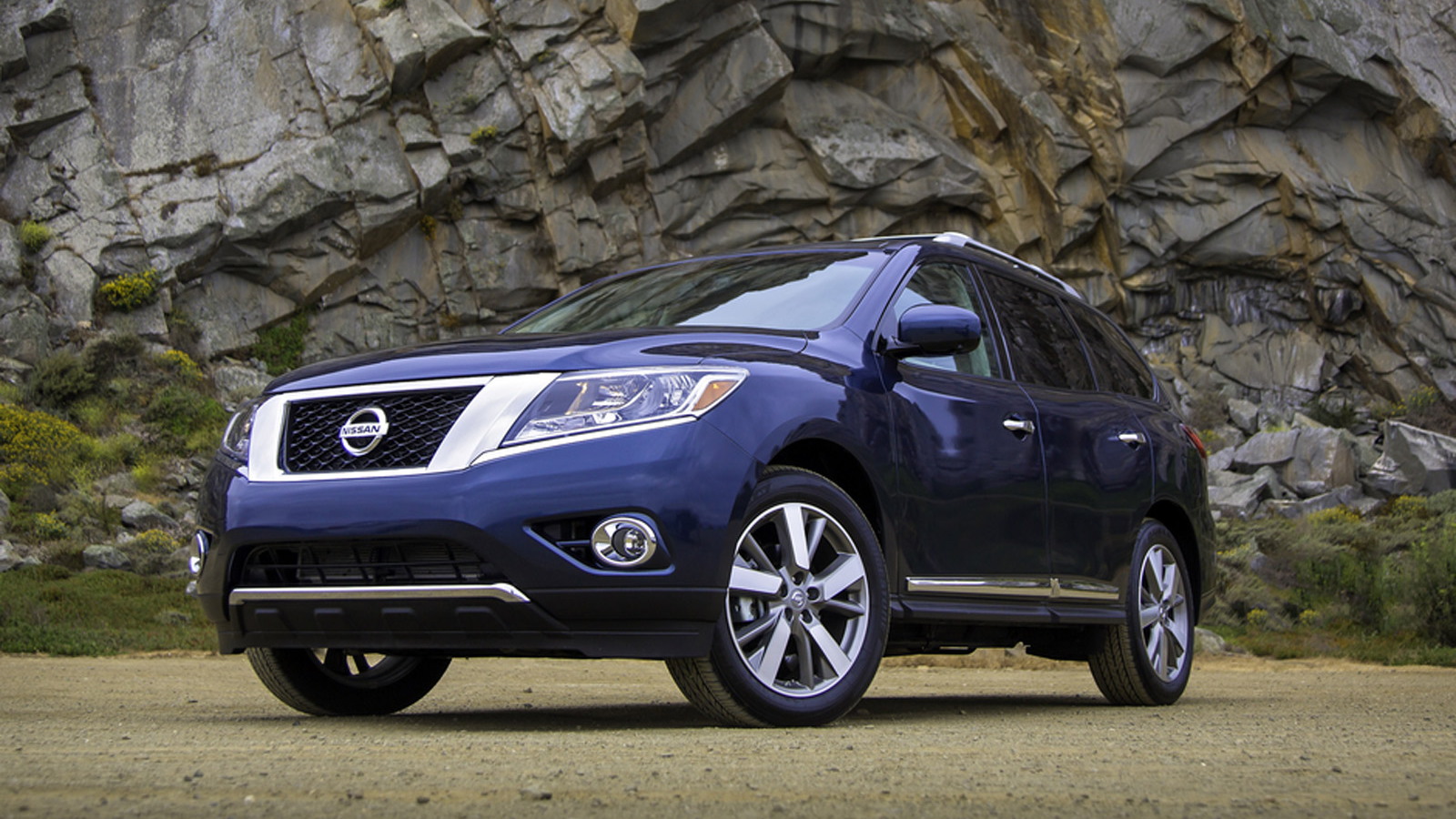 22
photos
After a series of teases at recent auto shows, Nissan has finally released all the details surrounding its new 2013 Pathfinder, the fourth generation of the popular SUV and possibly the most fuel efficient yet. The latest Pathfinder returns to a car-like unibody platform, the same one found in existing models like the Murano, Quest, Maxima, Altima and 2013 Infiniti JX, and according to Nissan this has allowed engineers to shed around 500 pounds from the weight of the outgoing 2012 model--the lightest model is now 4,149 pounds.

The end result is a 30 percent improvement in fuel economy, with the final numbers coming in at 20/26 mpg city/highway or 22 combined for the most fuel efficient front-wheel drive model. According to Nissan, both the front-wheel drive and all-wheel drive versions of the Pathfinder are class leaders when it comes to fuel economy.

Note, there’s only one powertrain available now, a 3.5-liter V-6 matched to Nissan’s latest Xtronic CVT, which may deter some buyers. The engine delivers 260 horsepower and 240 pound-feet of torque and is capable of towing up to 5,000 pounds.

The premium look continues inside, where up to seven adults can sit comfortably thanks to the three rows of seats.

Some of the premium touches, either standard or available, include leather trim, heated and cooled front seats, heated second-row seats, a heated steering wheel with power tilt and telescoping features, push-button engine starting, and an advanced Bose sound system with 13 speakers.

Other technologies available are a tri-zone climate control system, a power rear liftgate, iPod integration, DVD display screens in the second row, and tire pressure monitoring systems. Finally, the 2013 Nissan Pathfinder also benefits from Nissan’s Around View Monitor, which shows the driver a virtual 360-degree image of the area around the vehicle.

Production of the 2013 Nissan Pathfinder is taking place at Nissan’s plant in Smyrna, Tennessee, and the first examples will hit showrooms this fall. Pricing starts at $28,270.