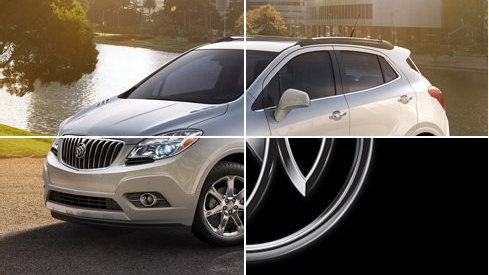 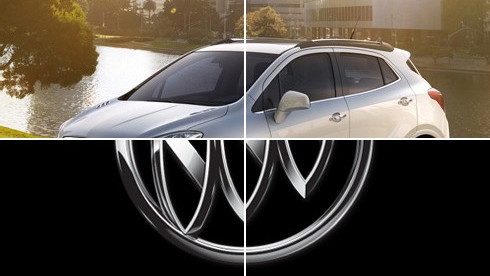 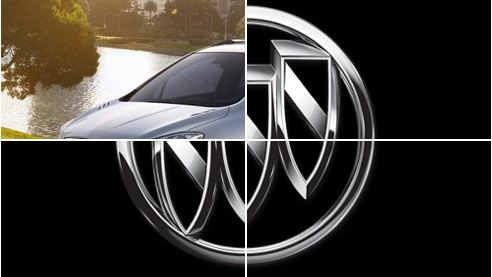 4
photos
The Detroit Auto Show is suiting up to be a rather interesting affair, with the 2013 Mercedes-Benz SL Class, the 2013 Dodge Dart, a possible appearance by the 2013 SRT Viper, and the Acura NSX concept among others. Add to that list the 2013 Buick Encore, teased yet again ahead of its official unveiling January 10th.

The first teaser image shows just a portion of the front end, but from it we can glean a few key details, like the apparent HID headlights, the black-chrome grille slats, the somewhat odd-looking small vent beneath the headlight, and the high sculpted hood--with Buick's three trademark vents on top. The second teaser image adds to that with more of the hood and a glimpse of the sloping windshield and A-pillars, including what looks like a secondary pillar in the front side window, and a roof rack on top.

The third teaser image reveals door-mounted side mirrors and wrap-around taillights. Chrome is used liberally to trim the window line, and we now see a soft character line running down the side, through the door handles. The fourth adds to the picture with the front end--much of which was already seen in the head-on teaser below.

Aside from those few details, Buick has also divulged that the Encore will be a five-passenger crossover, feature "QuietTuning" technology, and will offer a similar feature and options package to current Buick vehicles.

As lead-up to the Cobo Hall introduction of the Encore, Buick will be drip-feeding us a photo each week until the show on the Encore tab on its Facebook page, too, so head over there if you want to stay on top of the Encore's (gradual) arrival. There's just one week--and one photo--left.