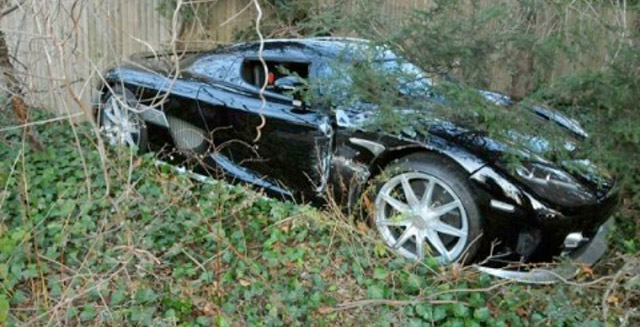 As we’ve seen in the past, the 802-horsepower Koenigsegg CCX isn’t the easiest car to drive.

In fact, it’s safe to say that keeping the car, and all its 806 horsepower and 678 pound-feet of torque, safely on the road is something the average driver is unlikely to be capable of.

Little wonder then that we’ve already reported on three separate drivers, including a supercar dealer, that have been involved in single vehicle accidents when behind the wheel of the wild Swedish supercar.

Now we have news of another Koenigsegg CCX that has crashed, this time near Syosset in Long Island, New York. The accident took place late on Saturday, and according to the forum poster on Luxury4Play that posted this photo of the wreckage, there were no injuries reported.

The car is believed to be owned by a local car collector known to be a fan of Koenigseggs. Fortunately, it looks as though it will live to fight another day, following some expensive repairs of course.

In case you were wondering, the Koenigsegg CCX is powered by a twin-supercharged 4.7-liter V-8 engine rated at 806 horsepower and 678 pound-feet of torque. It weighs a little over 2,600 pounds and is capable of accelerating from 0-60 mph in just 3.2 seconds. Its top speed is in excess of 220 mph.