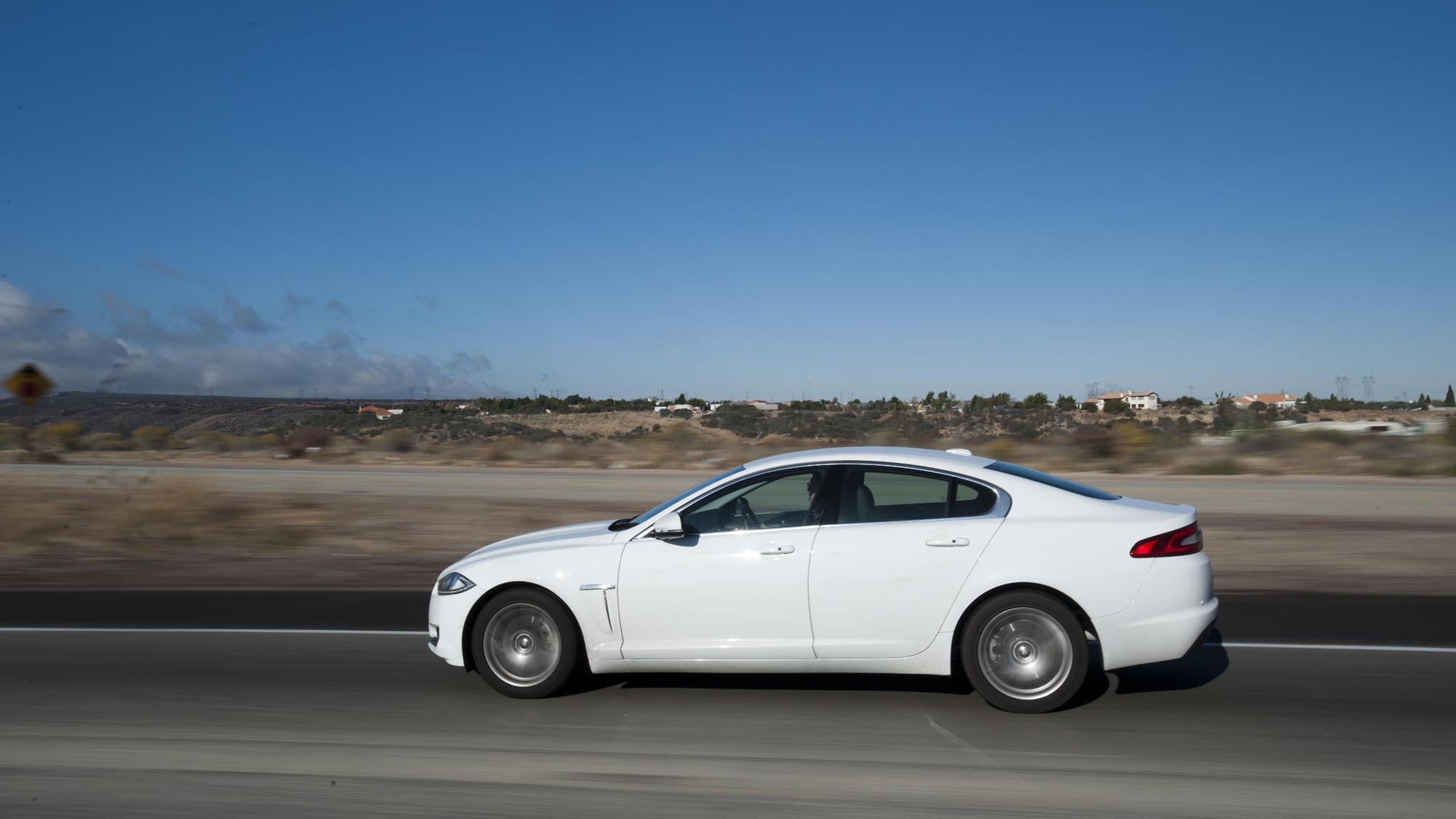 9
photos
Two brothers from the UK have driven a luxurious Jaguar XF sedan across the U.S., crossing 11 states, three time-zones, and some 2,884 miles in the process.

While this in itself is nothing spectacular, the fact that they did it while averaging a fuel economy of 52.4 mpg is nothing short of amazing.

The key was the car’s engine. Rather than relying on hybrid technology, the Jaguar XF driven by David and Alexander Madgwick on their quest was an XF 2.2 Diesel. This model isn’t currently sold in the U.S. so the brothers, with the help of Jaguar, had one shipped over from the UK. Yes, it was a right-hand drive model.

Finishing in Los Angeles, California yesterday, after starting in New York, the journey--the equivalent of travelling from London to the Sahara--took in 11 states, three time zones and eight days. Yet the XF only required four stops for fuel, while also traveling at an average speed of 53 mph and reaching a fuel economy peak of 55.8 mpg on the penultimate day of the trip.

For Jaguar, the journey was designed primarily to test the potential economy of the XF 2.2 Diesel. As its name suggests, the oil-burning luxury sedan is powered by a 2.2-liter four-cylinder turbodiesel engine rated at 190 horsepower and 332 pound-feet of torque.

The incredible figures achieved by the car were accomplished through making every element of the new XF as efficient as possible--from its aerodynamics to its four-cylinder 2.2-litre diesel engine linked to an eight-speed gearbox and engine stop-start system.

The official mileage figure on the European combined cycle is 52.2 mpg, which is rather impressive when you consider the XF is a reasonably sized luxury sedan able to dish off 0-60 times in the eight seconds bracket and top out at 140 mph.

To read up on the 2012 Jaguar XF lineup currently on sale in the U.S., click here.