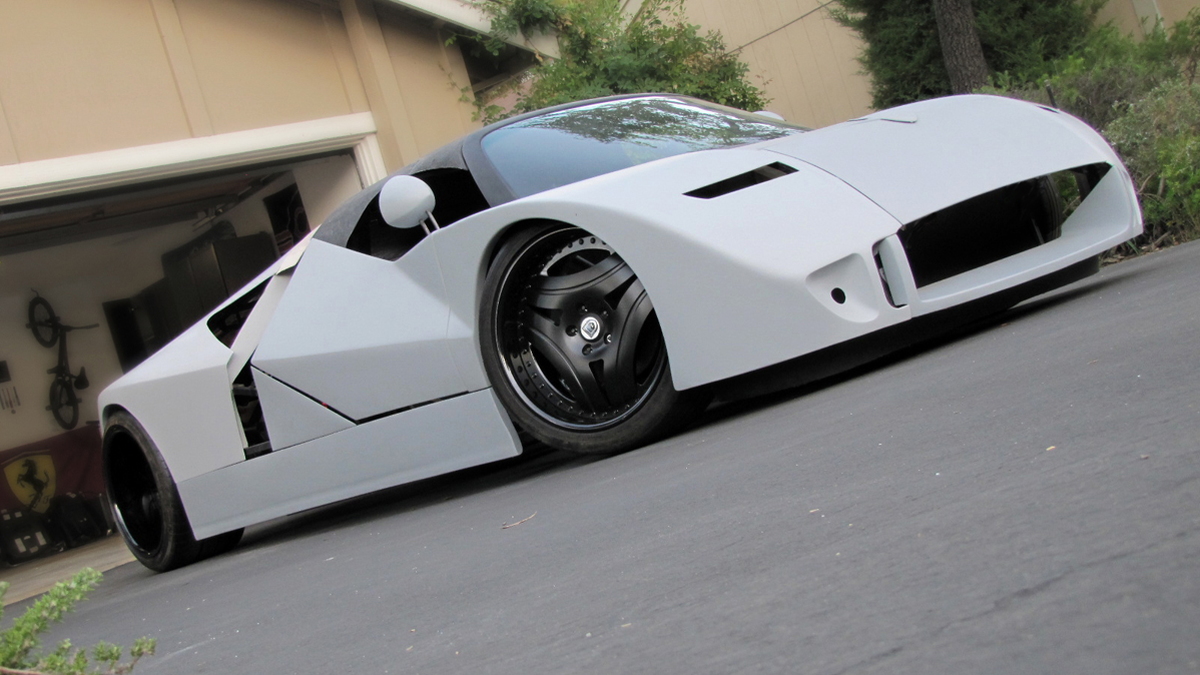 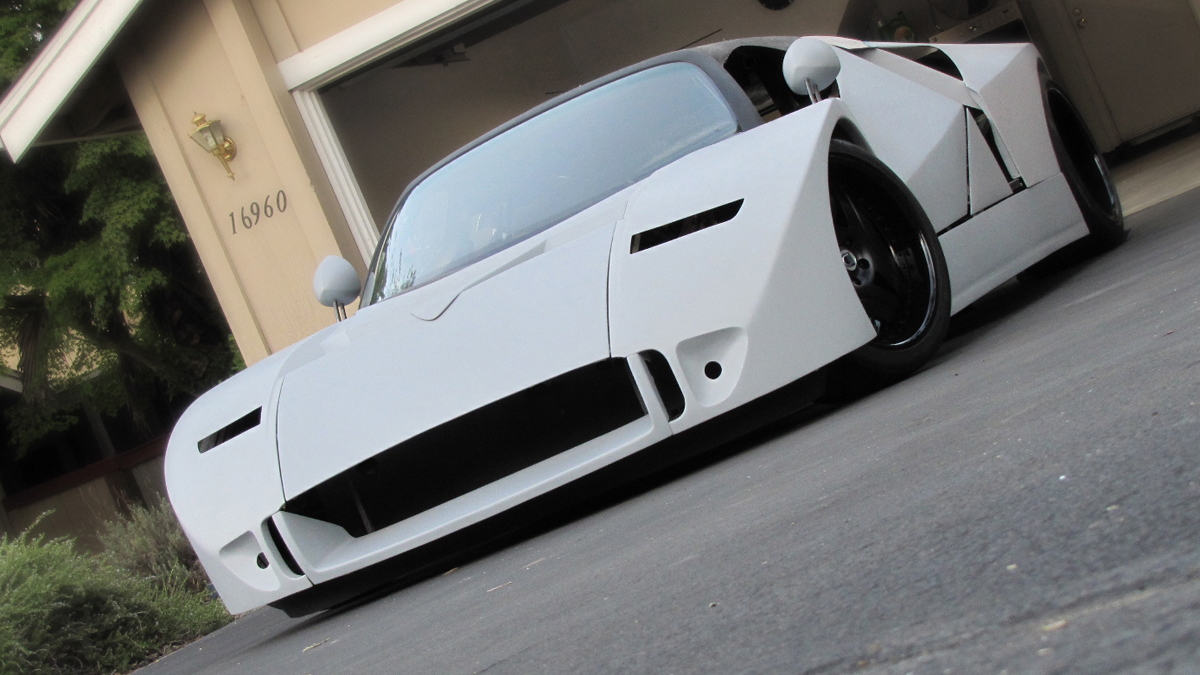 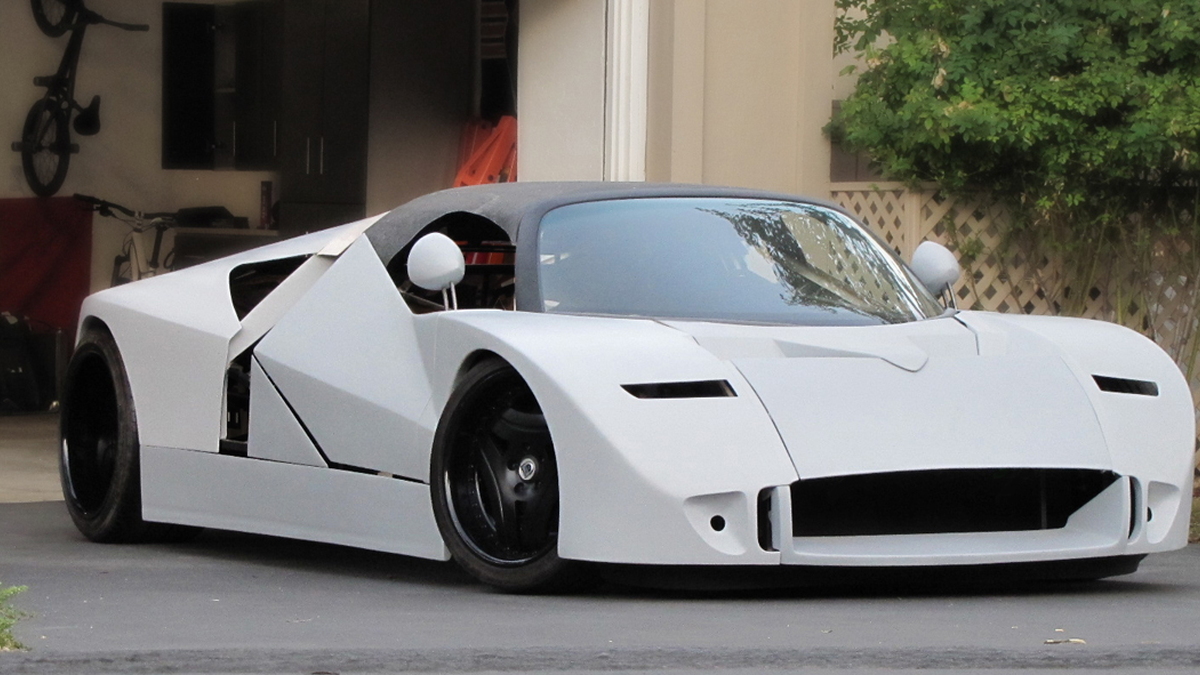 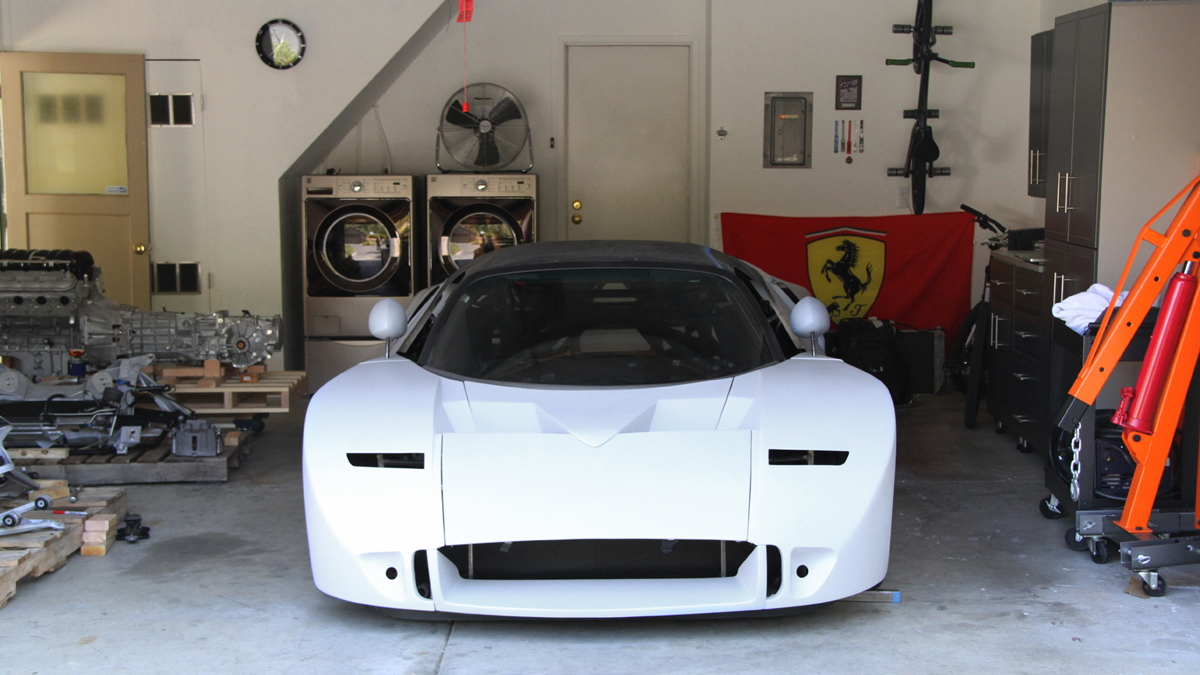 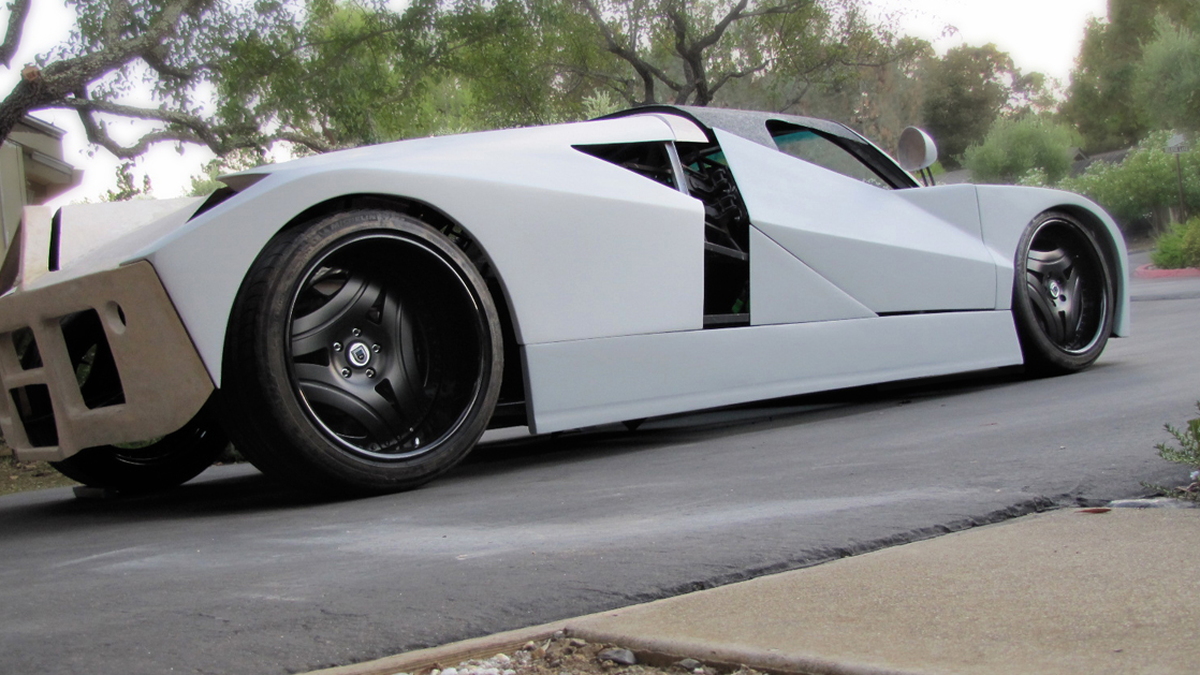 Inspired by a video game and a youth spent bodging bodywork and tuning turbos, Nvidia artist Adam Pintek has decided to turn his abilities toward construction of a Ford GT90 Concept clone from scratch--and he's doing it in his garage.

The whole project smacks heavily of professional-grade work, as you might expect. The body in particular is stunning, matching the original so closely it's almost impossible to spot any difference--if there are any differences at all.

Currently at what Pintek calls "stage 1" of the project, he's focusing on finishing the body panels and getting the tube frame chassis finished, as well as building out the rocker-arm suspension and getting the engine and transmission fitted. The engine is a hearty twin-turbo 6.2-liter V-8 which will be mounted up front (though behind the front axle) sending power to the rear wheels through a six-speed transmission.

Projected power is around 1,000 hp, while weight will check in just below 1,800 pounds, making this a true beast of a one-off supercar.

Next up is stage 2, where Pintek will get the car into running condition, which he hopes to reach early next year. Finally, stage three will see the engine rebuilt to reach its goal power, plus suspension adjustments to ensure the car is capable of using all of that motivation.

Pintek will be updating his progress on the car at the company's blog.