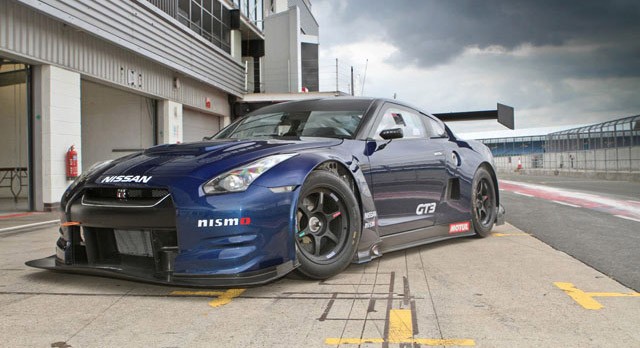 Nissan has unveiled a new racing version of its GT-R supercar designed to meet the FIA-GT3 regulations.

The stunning race car was developed by JR Motorsports together with Nissan’s own motorsports division, Nismo, and it’s already had its first competitive outing.

The GT-R GT3 was entered in the fourth round of the Blancpain Endurance Series at the Magny-Cours circuit in central France, and managed to run completely faultless through all 98 laps of the race.

Not only that, but drivers Richard Westbrook and David Brabham managed to cross the line in an impressive eighth place overall out of a field of 35 cars, both paying tribute to the car's reliability and ease of driving.

The GT-R GT3 project commenced more than a year ago and since that time the race car has undergone a series of tests, with the three-hour Magny-Cours race representing its first ever competitive outing and an important part of its extensive development program.

With the announcement of the new Nissan GT-R GT3, next year’s FIA-GT3 race series is certainly going to be an exciting one with the GT-R taking on the likes of the McLaren MP4-12C GT3, Aston Martin V12 Vantage GT3, Porsche 911 GT3 and several others.