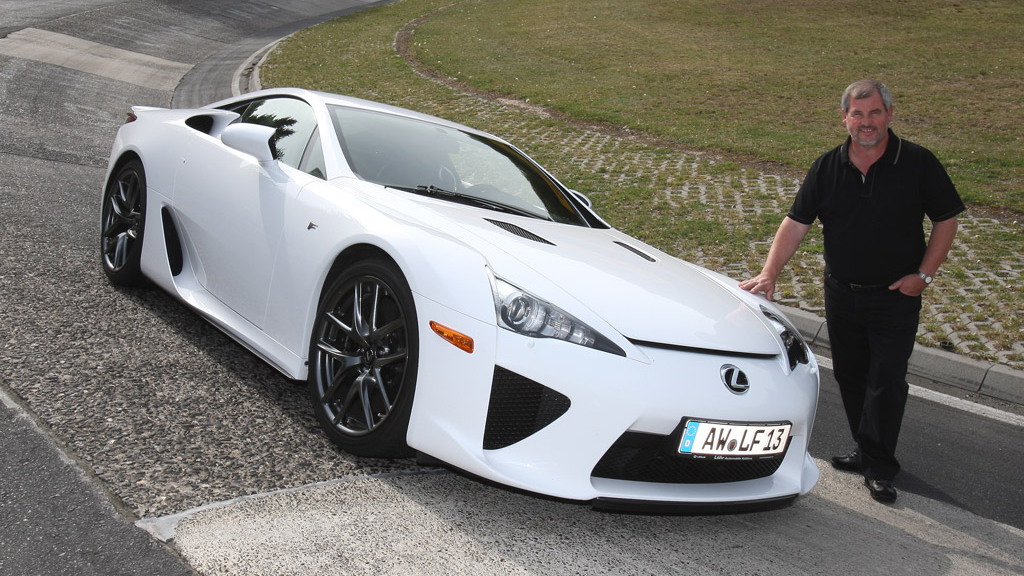 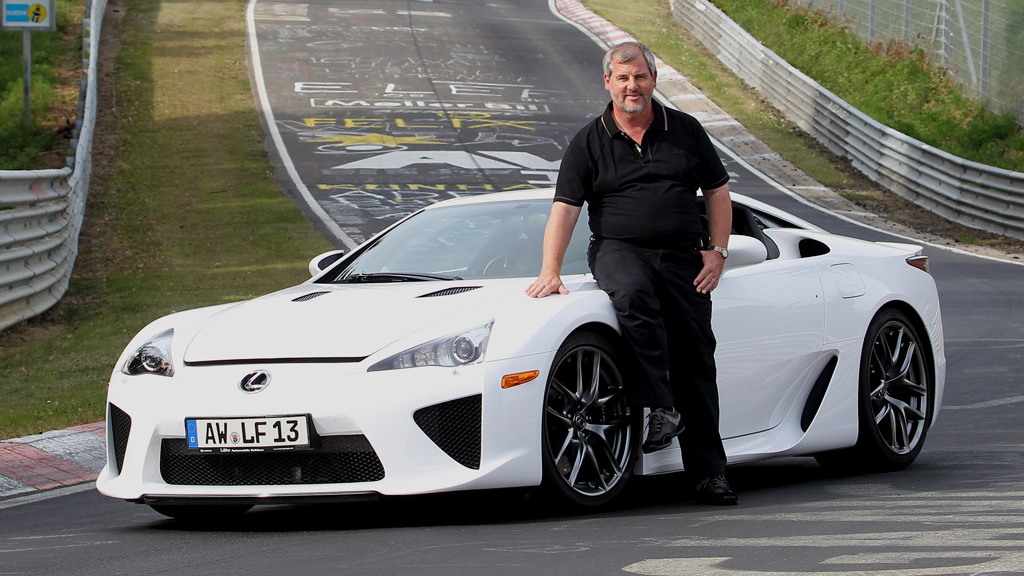 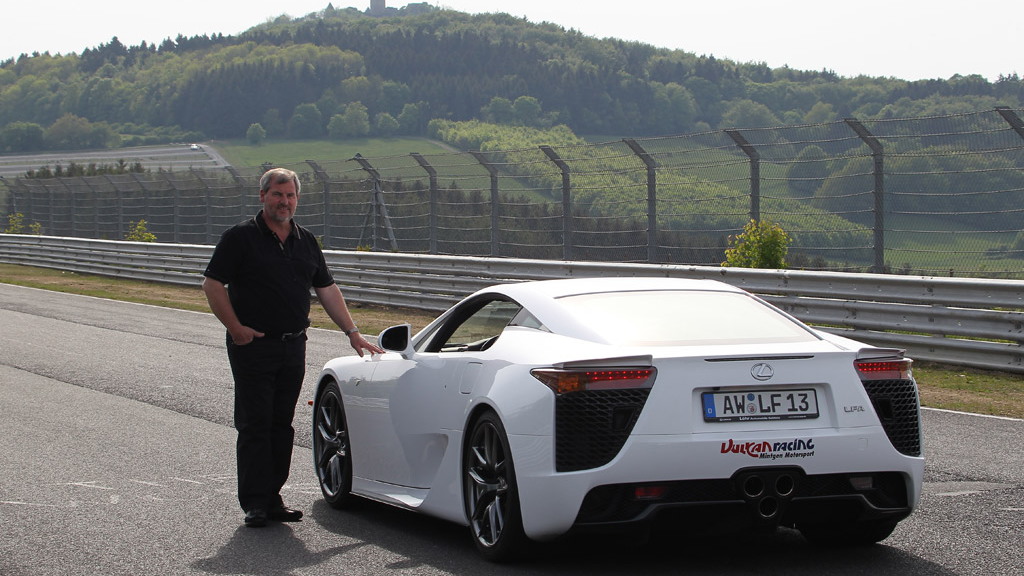 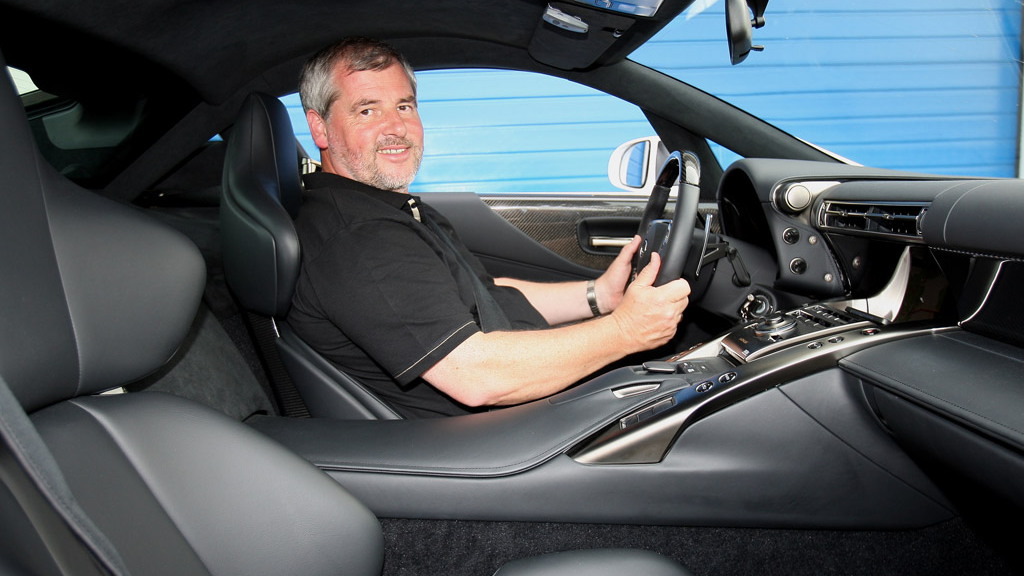 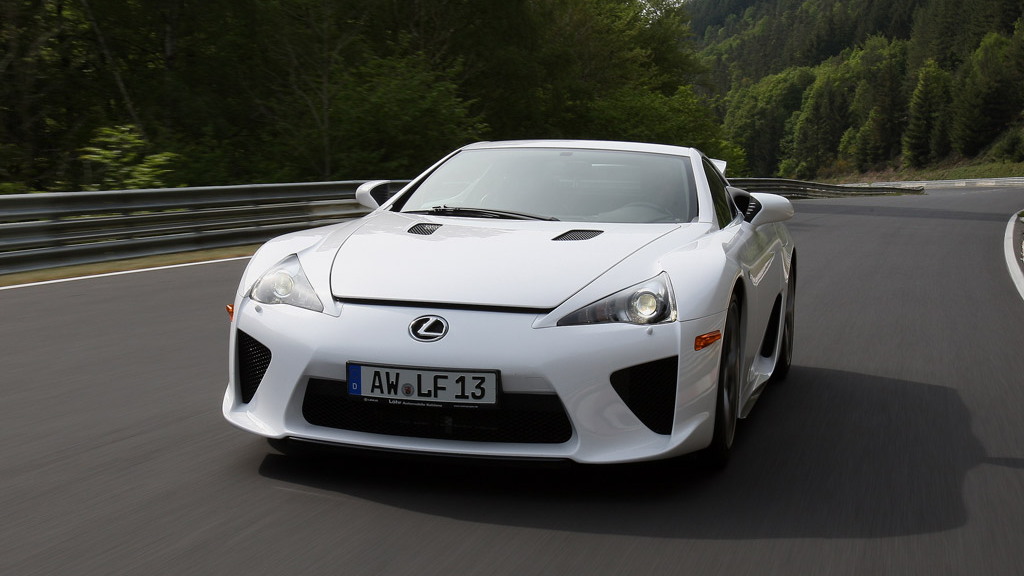 8
photos
In the land of Porsche 911s, Mercedes-Benz SLS AMGs, and the Gumpert Apollo, Manfred Sattler, the owner of Vulkan Racing-Mintgen Motorsport, decided to spend his hard earned on a brand new 2012 Lexus LFA.

In fact, Sattler’s LFA is the first to be delivered to a customer in Germany, and it has one very special owner.

As mentioned, Sattler is the owner of Vulkan Racing, a motorsports team that fields a couple of Dodge Vipers in the highly competitive VLN race series at the Nurburgring in Germany.

Upon taking delivery of his white LFA back in May, Sattler said: "When I saw the first prototype at the Nurburgring, I was so impressed that I wanted to buy the car immediately."

And, after finally driving it around the notorious Nurburgring-Nordschleife himself, he said the car was “sensational.”

There are many out there who like to discredit the Lexus LFA, and Toyota’s efforts to build the car, but at the end of the day there are people like Manfred Sattler, a man surrounded by high-performance vehicles of every kind, who remain so keen on it.

For full details on the 2012 Lexus LFA, click here, and to read about the even more extreme Nurburgring edition, click here.