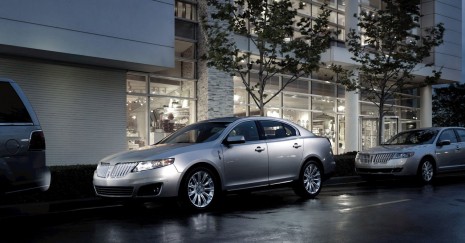 Using the American Customer Satisfaction Index, Business Insider ranked the top 19 most-liked companies in America (why they didn't go for a round 20 has us baffled) and several automakers made the list.

That's not surprising. What is surprising is the two companies that rank highest among the automakers, and where they rank overall on the list.

Lexus, long known for excellent customer service, pops up at number 18, while Cadillac is the next automaker on the list at 11. BMW is right ahead at 10, with Mercedes-Benz at number 5.

Buick clocked in at number two with a score of 88 out 100 and Lincoln took the top spot with a score of 89 out of 100. This bests companies such as Apple, UPS, Quaker (PepsiCo), and Netflix. The ratings system is determined using thousands of customer satisfaction surveys.

For Lincoln, that's the highest the company has been rated in 15 years, while Buick stays at the same place it was last year. That's a sign that Buick's product renaissance is continuing to pay off. Lexus, meanwhile, may have been hurt by parent company Toyota's unintended-acceleration fiasco last year, but apparently not that much.

It's interesting that all automakers on the list are luxury marques, and all but BMW and Mercedes-Benz are luxury brands that exist within the fold of larger mainstream companies. Maybe the lessons they've learned will trickle down to the mainstream brands.