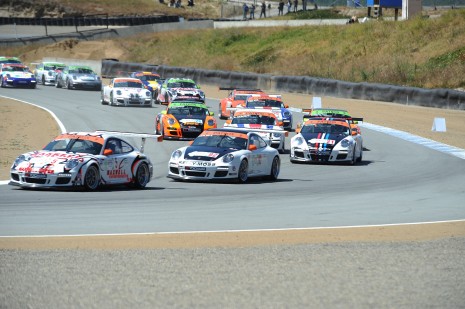 The American Le Mans Series (ALMS) has put a lot of stock and effort into making itself one of the greenest motorsports going, and it looks like that push may get even stronger soon, with electric and compressed natural gas (CNG) race cars potentially joining the field.

According to a Fox Car Report interview with ALMS president Scott Atherton, the series is working on getting CNG race cars into the series to demonstrate that they can be competitive right now, unlike electrics, which are a longer-term prospect.

Atherton says that taking away some of the downsides of a CNG car for the average consumer, and showing it can be competitive on a level playing field with gasoline and diesel-powered cars, would help sell the technology to the mainstream retail car market.

ALMS already has cars running on diesel, E10, E85, and isobutanol, and the Porsche 911 GT3 R Hybrid joined the field in an exhibition class for the Petit Le Mans at Road Atlanta last year.

For the full interview with Atherton, including more discussion of the role electric cars may play in the future of racing and concept racers like the DeltaWing, head over to the Fox Car Report at the link below.