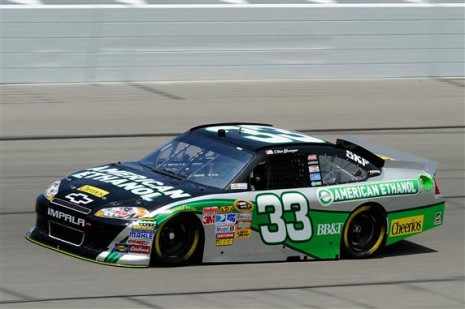 Now one-third of the way through the season, the NASCAR Sprint Cup is heading to Kansas for the STP 400. Friday's final practice session is just finished, but qualifying remains ahead, scheduled for 11:10 a.m. local (noon Eastern) Saturday morning.

Each car will put in two laps to determine the starting lineup. Once that's done, the Cup cars will sit idle as many drivers pull double duty in the Camping World Truck Series, which is running a 250-mile race alongside the Cup event.

Television coverage of the STP 400 will be handled by Fox, starting Sunday, June 5 at 1 p.m. EDT.