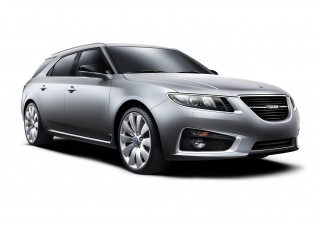 Nearly a month ago, Saab was forced to stop building new vehicles as it ran out of working capital to pay parts suppliers. Without payments, the parts chain braked to a halt--and Saab was forced to call an indefinite stop to production.

With an $88 million infusion in the form of a loan from Gemini Investment Fund Limited and a larger draw of loans from the European Investment Bank, Saab will be able to pick up where it left off within a week, it says.

While it resuscitates its business, Saab still needs to find fresh sources of investment. Reports on Monday indicated it may have found one, in the form of Chinese automaker Hawtai. The Wall Street Journal reports obscure Hawtai could be announced as Saab's new business partner, as early as tomorrow morning in Beijing.

Saab also is trying to sell its real-estate holdings and lease them back to generate cash flow, and is said to have secured an investment from Russian Vladimir Antonov into its parent company, Spkyer NV.

"We will do everything in our power to restore the confidence in our company as soon as practically possible," Muller said in a statement released by the automaker on Monday.

While the drama continues to unfold, Saab says it is developing a successor to its 9-3 lineup, while it introduces its GM-produced 9-4X crossover to North America and adds a wagon variant to join its new 9-5 sedan.