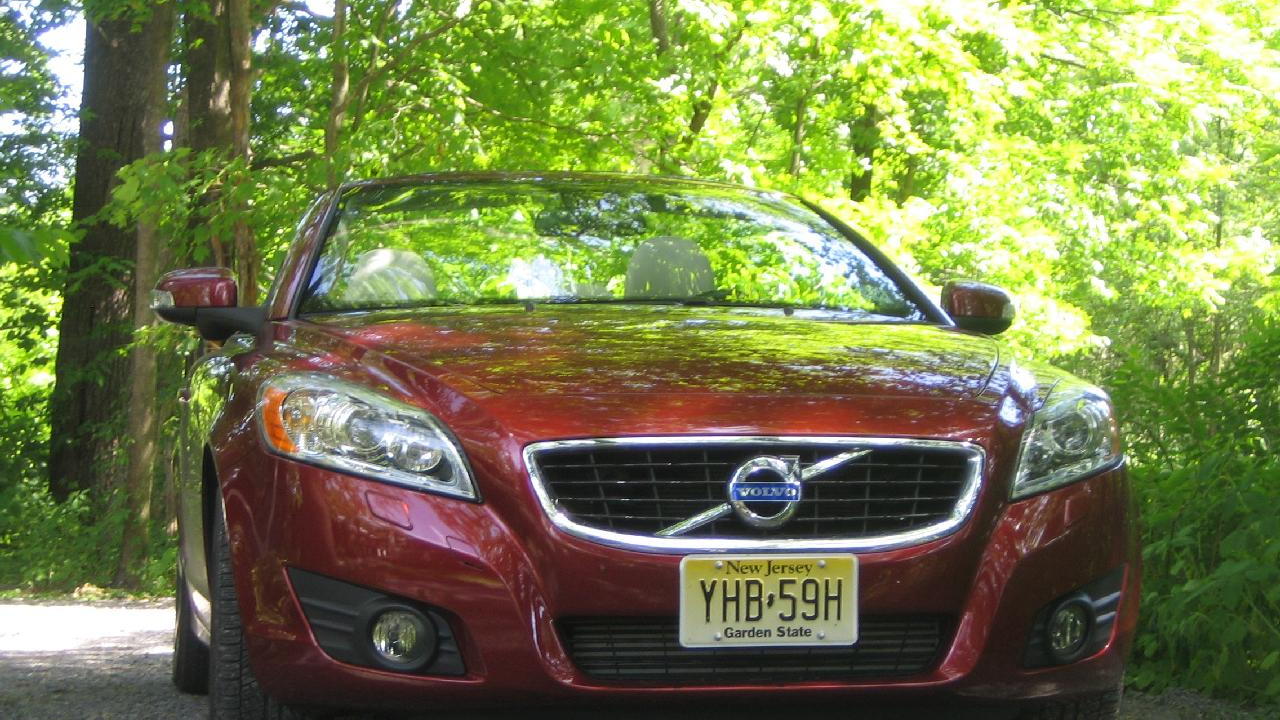 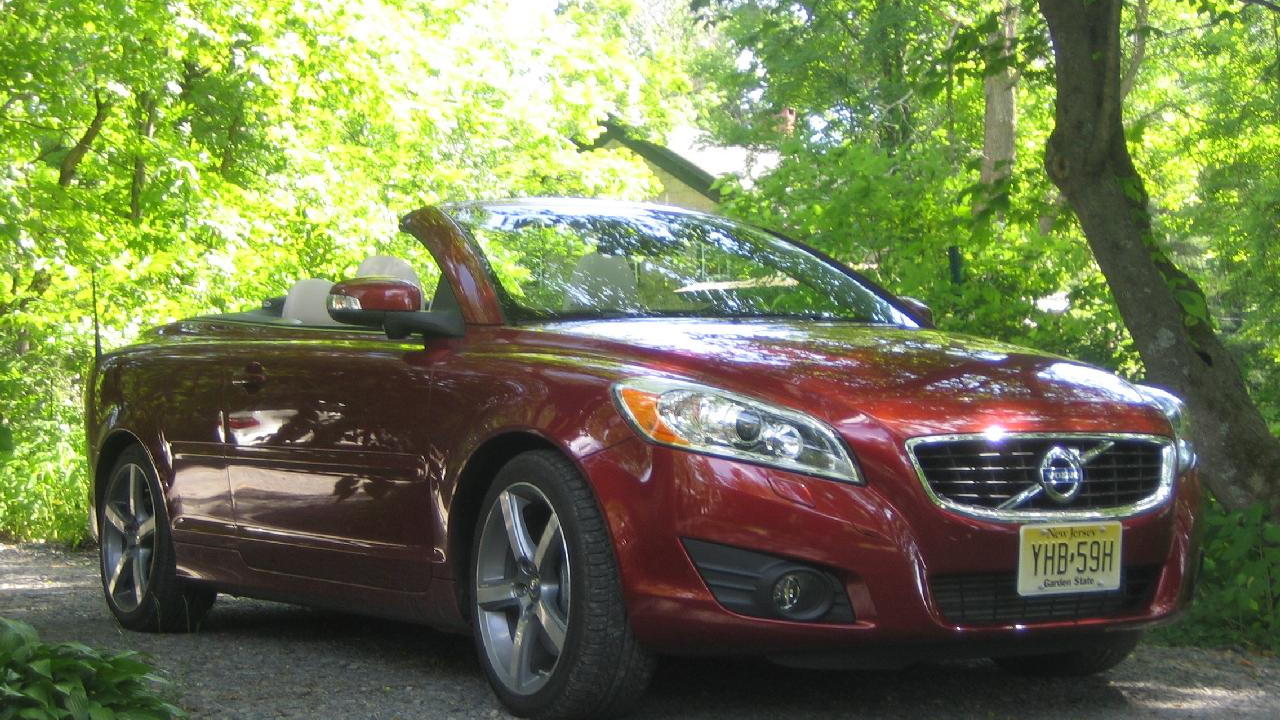 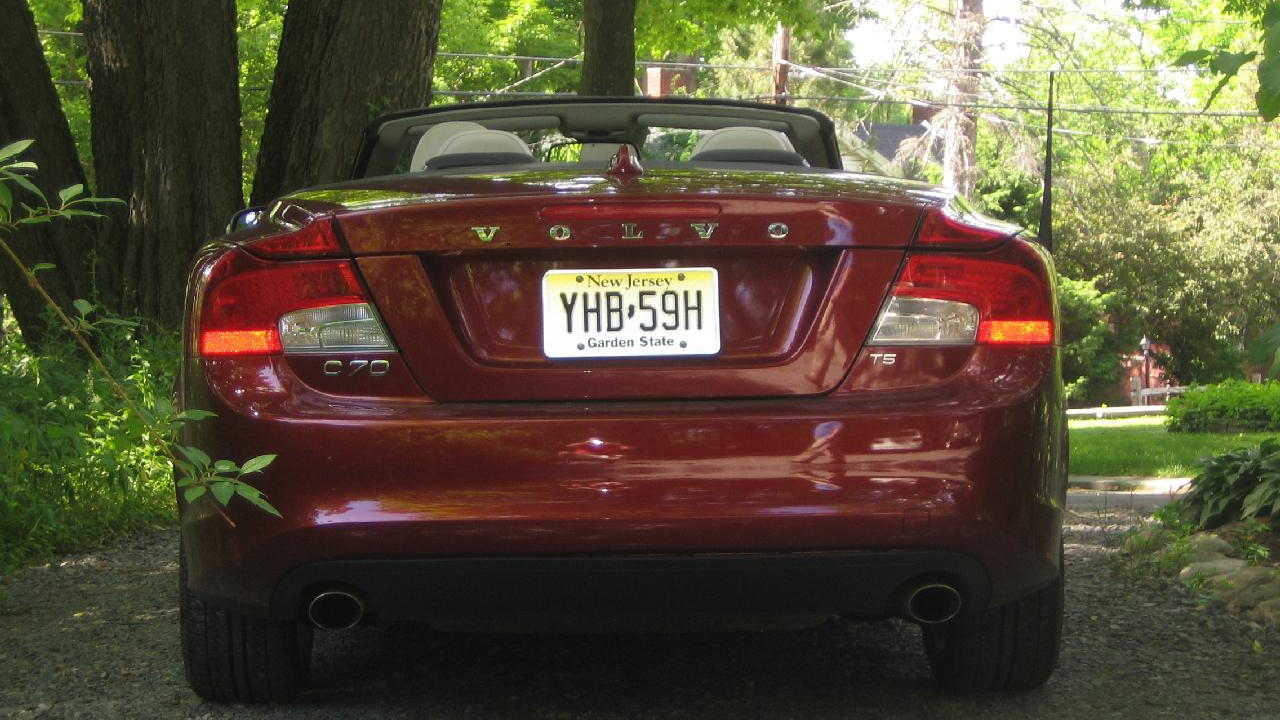 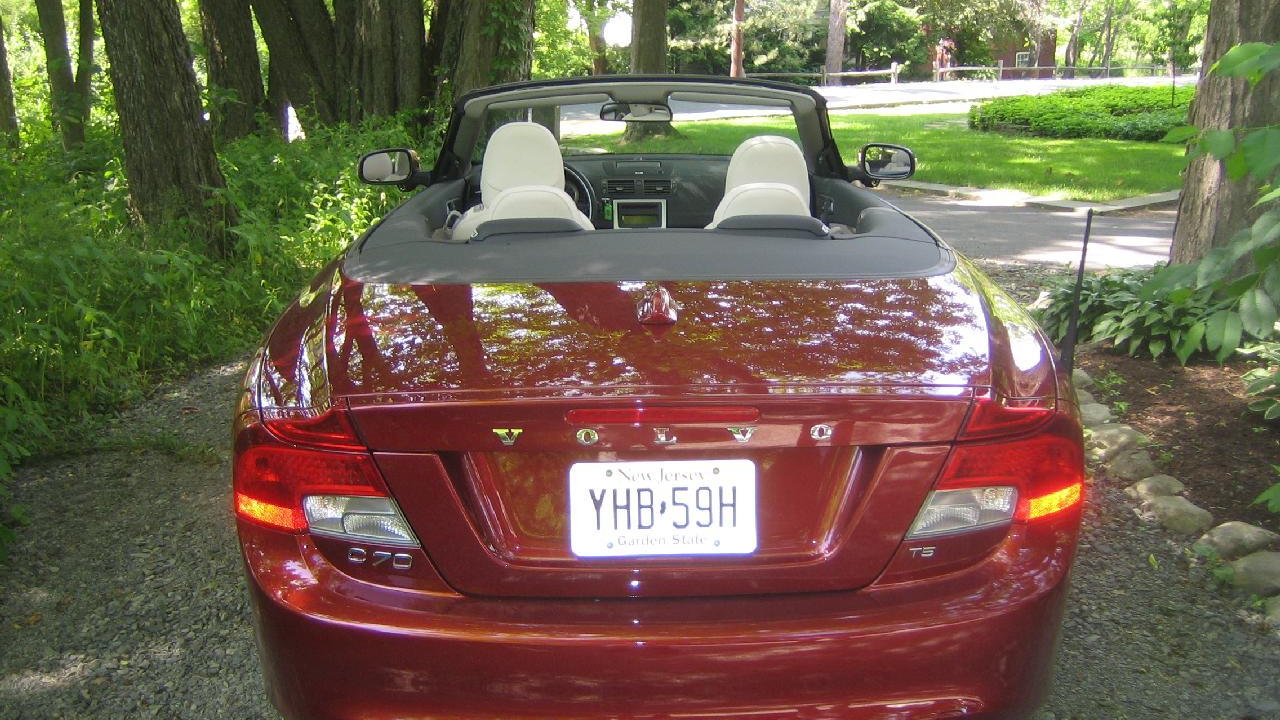 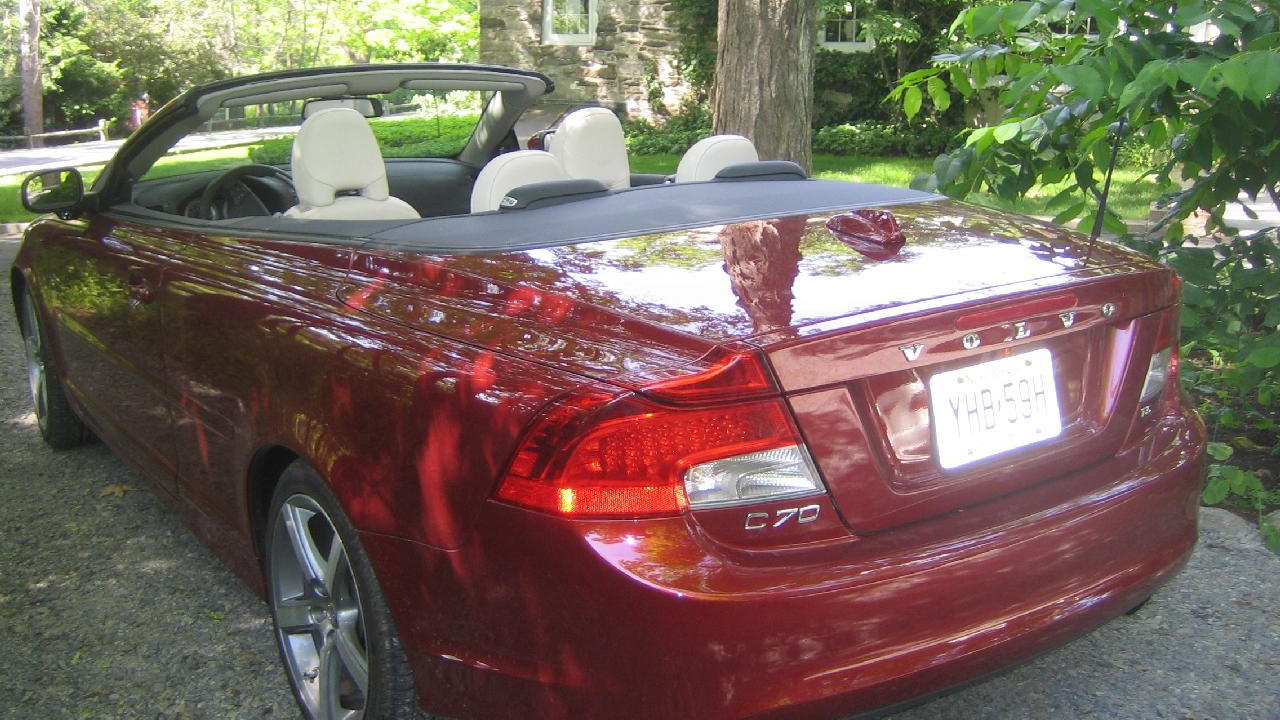 It's spring, and what could be more pleasant than putting the top down in a stylish European four-seat convertible?

We got the chance to drive the 2011 Volvo C70 recently, rediscovering the joys (and smells) of open-air travel in the spring sunshine.

The C70 is a bit of an oddball in the Volvo lineup, which is otherwise largely composed of sensible sedans and capacious crossovers.

It's what the Europeans call a coupe-convertible, with a metal roof that folds into the trunk within 30 seconds when you want it to become a droptop.

It's a remarkable process to watch, as a collection of electric motors and hydraulic rams disengages the top from various latches, then lift it, separate it into three short sections that nest neatly into each other, and drop the whole thing into the trunk--whose lid has opened from the rear on a special second set of hinges.

The C70 competes with the Volkswagen Eos (and used to match up with the old Audi A4 Cabrio), but it sits a notch below convertibles from more prestigious nameplates, including the current Audi A5 Cabrio, Lexus IS-C, and Infiniti G35 cabriolet.

The front end of the C70 was restyled last year, updating the corporate grille and vent placement to resemble the stylish and successful XC60 crossover. The lamps are swept back into the fenders, and it gives this car--now several years old--an entirely new look.

The truly striking deep cherry-red metallic paint combined with five-spoke wheels and low-profile tires to erase any traces of stodginess, making the C70 look far sportier than it used to. And the car attracted looks aplenty.

There are a few quibbles: Unusually for safety-minded Volvo, the deep seats and rising beltline make the rear visibility marginal and reversing a challenge, even for a six-foot-tall driver.

Inside, the C70 cockpit is a bit severe, with lots of hard black plastic--more so than the more recent XC60, with its warmer cream and beige interior.

Volvo has simplified the C70 options list. There's now only one engine and transmission combination. It's a turbocharged 227-hp, 2.5-liter inline five-cylinder engine, mated to a five-speed automatic that drives the front wheels.

For a tight four-seater, the C70 isn't light--coming in at 3840 pounds--but the turbo gives the engine sufficient oomph to make the car entertaining on country roads and when getting away from stoplights.

Turbo lag is tolerable, and our biggest surprise was simply the amount of turbo howl given off by the engine when it was pressed.

On the other hand, we drove almost entirely with the top down, so it might have been quieter inside the cabin with the roof up. For us, that wasn't what this car was about.

We achieved roughly 24 mpg over a weekend test drive of 340 miles that skewed more heavily to highway travel than around-town stop-and-go.

The previous generation of the Volvo C70 was known as a very soft-riding coupe, so Volvo firmed up the suspension and changed the wheels and tires. Unfortunately, the company may have overcompensated.

Our C70 exhibited constant tremors on certain types of road, plus the definite sense that the two halves of the car were moving at different frequencies.

On a couple of corrugated road surfaces, in fact, the C70 exhibited scuttle shake of the sort more usually found on British sports cars of the Fifties--so bad it made us worry we'd bent a wheel.

In general, this points out the unfortunate side effect of good-looking, larger wheels plus low-profile tires with stiffer sidewalls. The suspension ends up having to soften a harsher level of handling, a compromise that's rarely good unless you're headed for the racetrack.

The result is lots of impact harshness and jiggling. Which is what we experienced in the C70--not all the time, but on more than a few different surfaces.

The ride and lack of rigidity were our only major quibbles with the C70. A few minor ones come with virtually any Volvo we've driven, including minimal and odd-shaped interior storage.

The C70's doors each have one tiny open pocket--basically large enough to act as a cupholder--plus a lidded cubby between the seats.

Unfortunately, the cubby has a fixed, hard plastic divider in the middle, meaning you can't store old-style road maps, anything longer than a few inches, or a camera with a protruding lens. We're not quite sure what you'd store in there, in fact ... a few cassette tapes, maybe?

Rear seat accommodation is minimal, though it should be OK for children--or perhaps for adults on short jaunts to swanky summer parties with the top down. With the top up, the rear seat is deep, dark, and cramped.

Because the folding top takes up the majority of the trunk space, sitting on top of a little hutch that protects your goods inside, drivers will need to plan ahead.

If the top is down, any luggage in the trunk is inaccessible.

That means that if you stow your house keys in a backpack, toss it in the trunk, and then put the top down, you'll have to raise the top again just to get access to the backpack to get your keys.

Still, in some ways, these are all minor grumbles.

There aren't that many four-seat convertibles on the market to start with, and despite its dynamic shortcomings, we enjoyed our time with the C70. It's the kind of car that makes you feel good driving it, under the right circumstances.

It's a "luxury car" in the broader sense of the word: a special-purpose vehicle you would only be likely to buy as a second, third, or fourth car. If you ever need to carry more than one other person, or haul anything larger than several bags of groceries or a suitcase, this is not the car for you.

We envision the C70 as the perfect car to keep at a weekend house. Preferably one in an area with smooth paved roads, so as not to over-excite the suspension.

It's perfect for a couple or a young family to knock around in, head for the beach, visit friends, or otherwise live the second-home life of near-luxury.

Then, at the end of the weekend or the vacation, the C70 gets stowed until the next time.

And everyone climbs back into their crossover or SUV with loads of luggage to head back to wherever they came from. For that purpose, Volvo has other offerings.