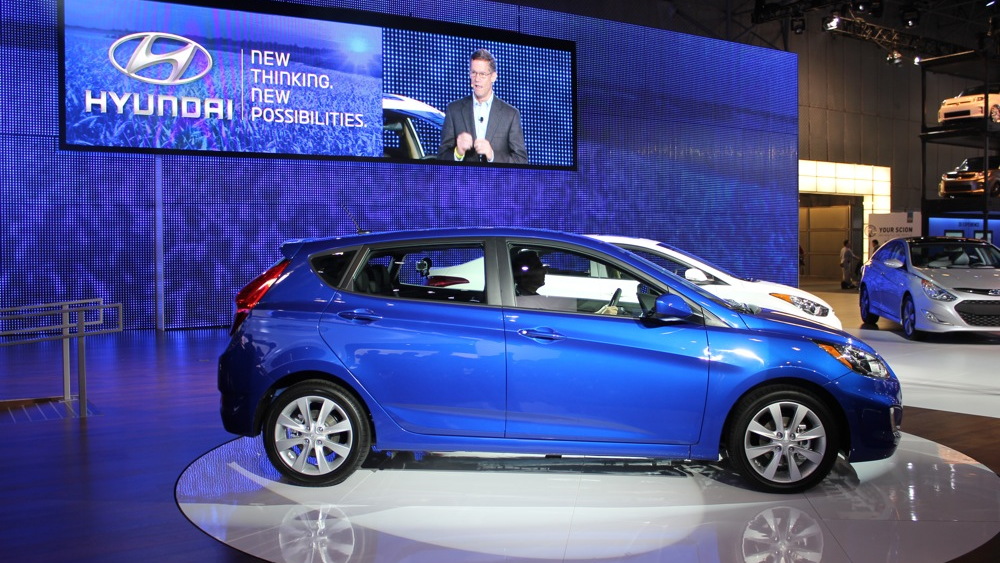 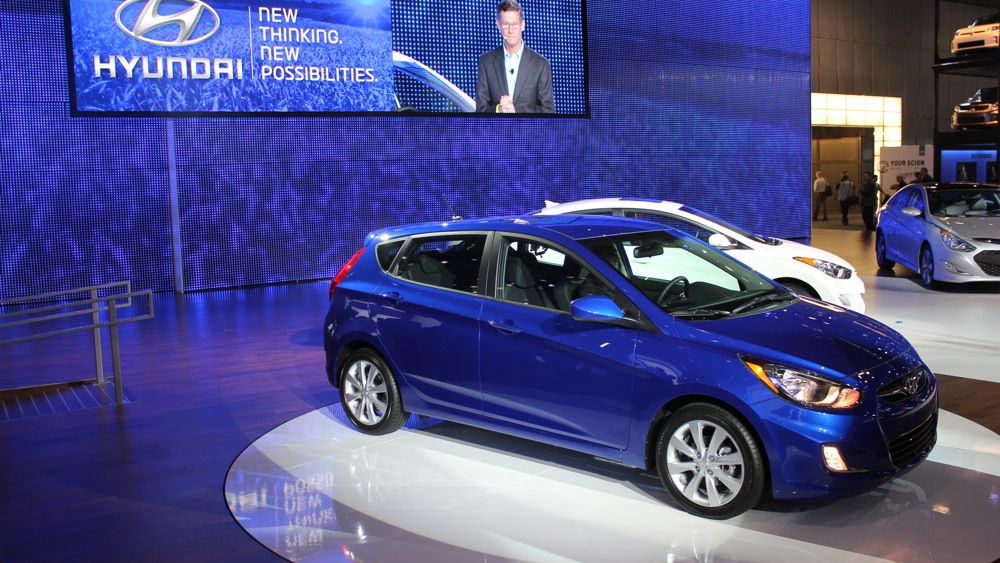 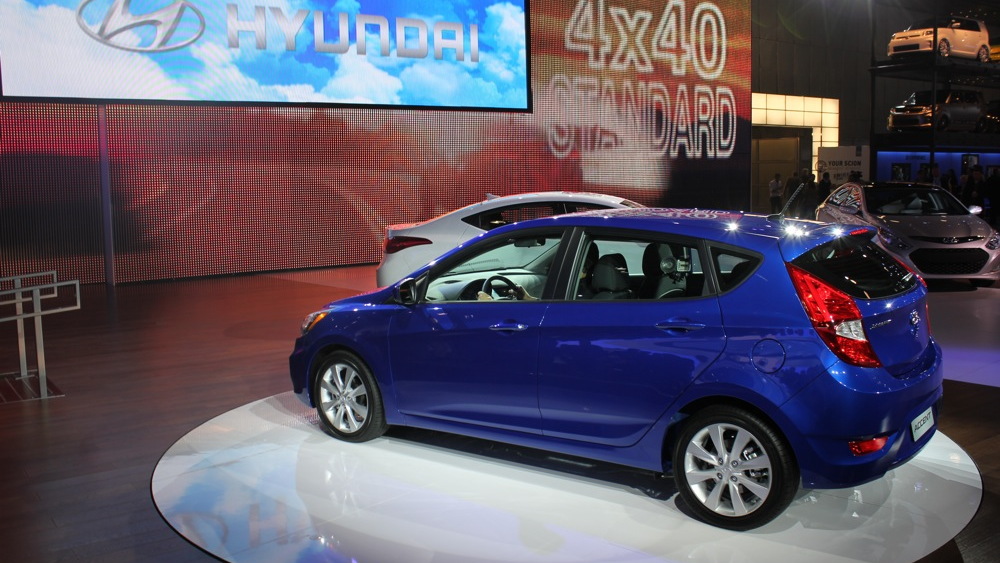 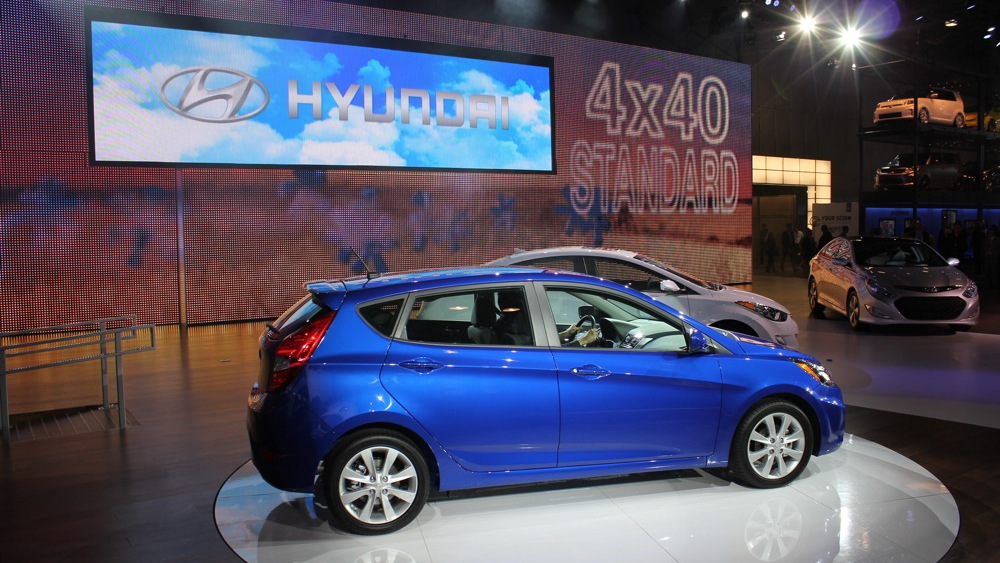 A day after we brought you the first pics of the U.S.-spec Accent, the redesigned 2012 model has made its world debut, appearing at the 2011 New York auto show.

The car is expected to revolutionize the subcompact class, with a more stylish design this time that borrows from the larger Elantra and Sonata; impressive interior space, safety features, and amenities; and—perhaps most notably—a new gasoline direct-injected, 1.6-liter four-cylinder engine and six-speed manual or six-speed automatic transmissions.

With the new powertrain, the 2012 Hyundai Accent will achieve a best-in-class 30 mpg city, 40 highway. As with the Elantra, we expect that will likely hold true whether you're going with the four-door GLS sedan, five-door GS hatchback or five-door SE hatchback.

Also, in a press release and statement at the show, Hyundai said that it will "hold the line on pricing from the prior generation to continue delivering unmistakable value to customers." Yes, the competition in an already tightly competitive class including the Ford Fiesta, Honda Fit, and all-new 2012 Nissan Versa and 2012 Chevrolet Sonic models will become even more heated with this 2012 Accent.

Above are a few more live pics of the Accent, fresh from the Hyundai's stand at the New York auto show.