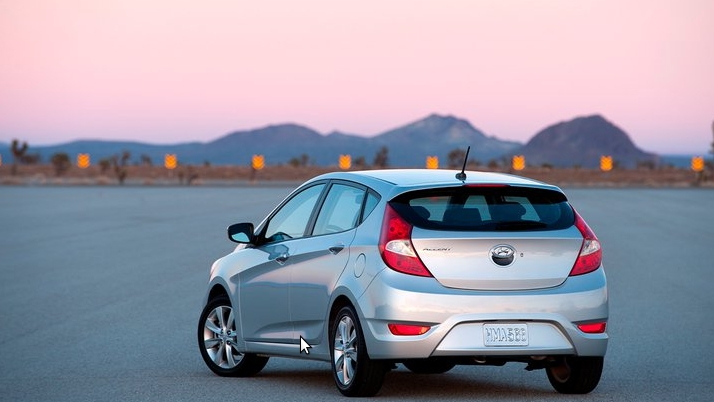 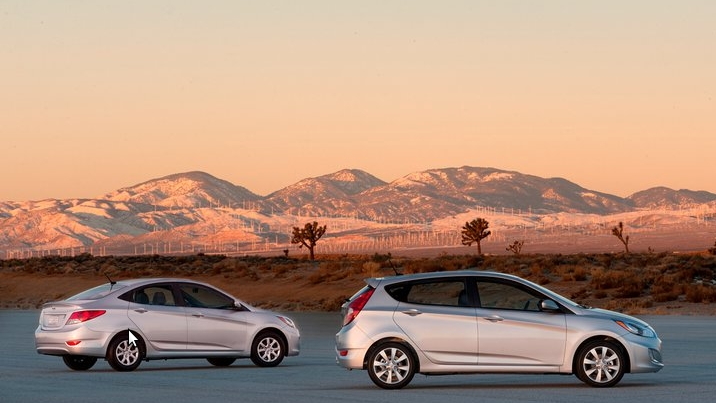 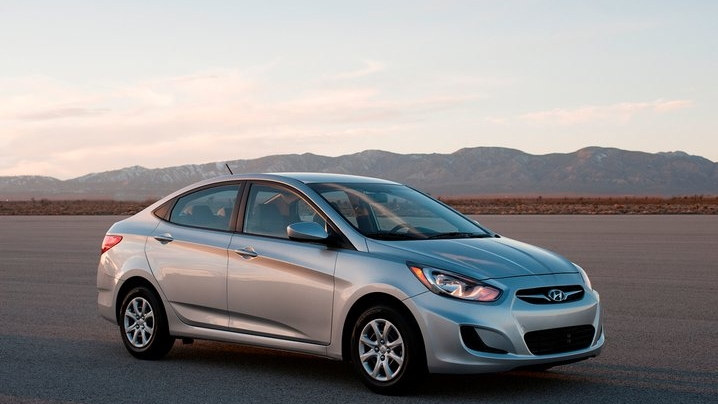 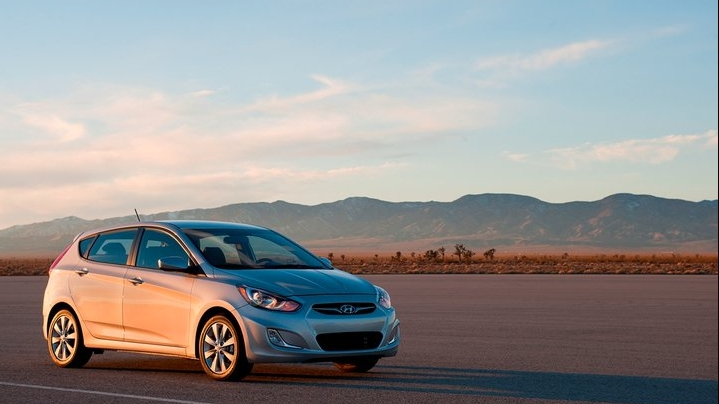 The 2012 Hyundai Accent looks poised to elevate Hyundai to the same high water mark for small cars that it's claimed in other sedan segments this past year with its compact Elantra and mid-size Sonata.

The Accent will be offered in four-door sedan and five-door hatchback variants this time, and the new subcompact model adopts Hyundai's "Fluidic Sculpture" design philosophy, which blends flowing, graceful sheetmetal with some more pronounced, purposeful creases. Especially noteworthy are the distinctive, upward rear taillamps, which look like a fresher take on cues we've seen in the Elantra Touring.

Hyundai already revealed the 2012 Accent, in Canadian spec, this past January, at the Montreal auto show. Although U.S. spec is expected to be quite different, sheetmetal and the overall look of both the hatchback and sedan will be virtually the same. That's confirmed below, with these first glimpses of the U.S.-market version below. 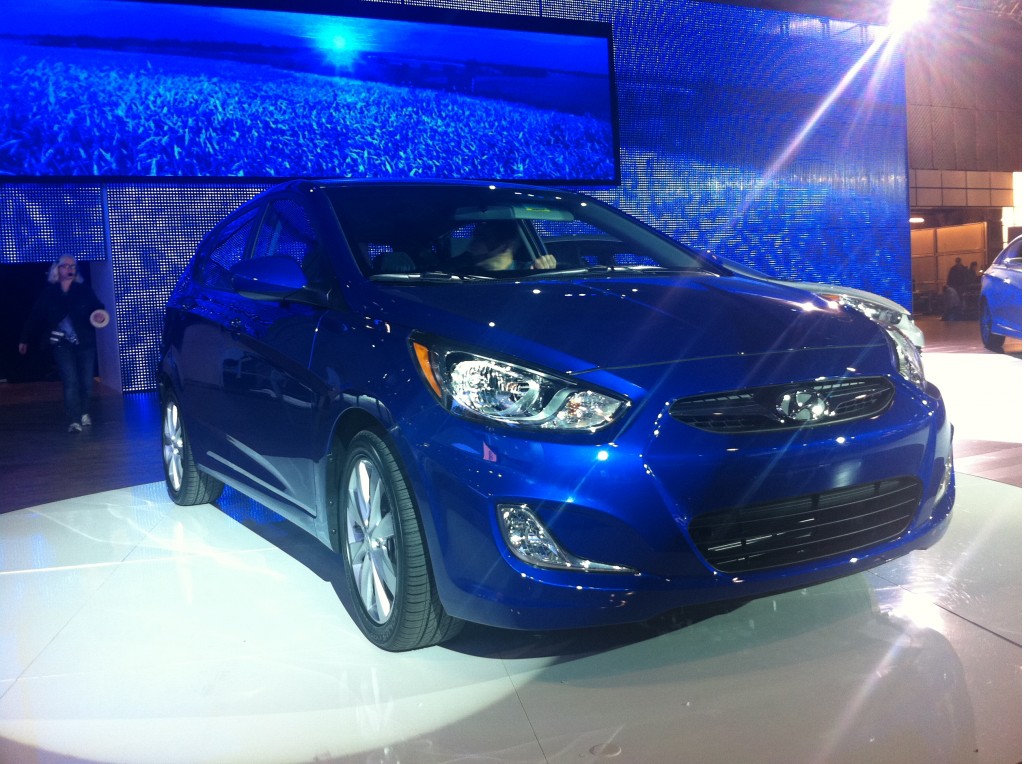 The 2012 Accent is expected to get an all-new 138-horsepower, 1.6-liter 'Gamma' direct-injected four-cylinder engine, paired with either a six-speed manual or six-speed automatic transmission—which could bring U.S. mpg to 45 mpg or beyond. That said, the new model offers the best power-to-weight ratio in its class because of a lower curb weight than the outgoing version.

One of the main weaknesses of the current Accent has been safety, and Hyundai has paid much more attention to it this time around with six standard airbags plus standard stability control which interfaces with the electronic power steering. While the model stays with a torsion-axle setup in back and struts in front, it gets twin-tube shocks up front plus a big stabilizer bar, which combined with a stiffer body structure should bring improved ride and handling.

Heated front seats, heated mirrors, and a power sunroof are expected to be on order in the 2012 Accent, along with Bluetooth connectivity, iPod and USB connectivity, and cruise control. In other words, the Accent has caught up with the times and is now ready to take on the likes of the Ford Fiesta and upcoming 2012 Chevrolet Sonic, as well as the redesigned 2012 Nissan Versa, the Mazda2, and our longtime pick in this class, the Honda Fit.

With its Canadian introduction, Hyundai said that the Accent is "a subcompact car with the roominess of a compact"—an indication that the automaker has applied some of the same packaging expertise that it's applied recently to the all-new 2011 Elantra and Sonata sedans. Based on these pictures, we like what we've seen.

Stay tuned this week, as we report on the 2012 Hyundai Accent—and bring you complete U.S.-spec details—from the floor of the New York auto show.