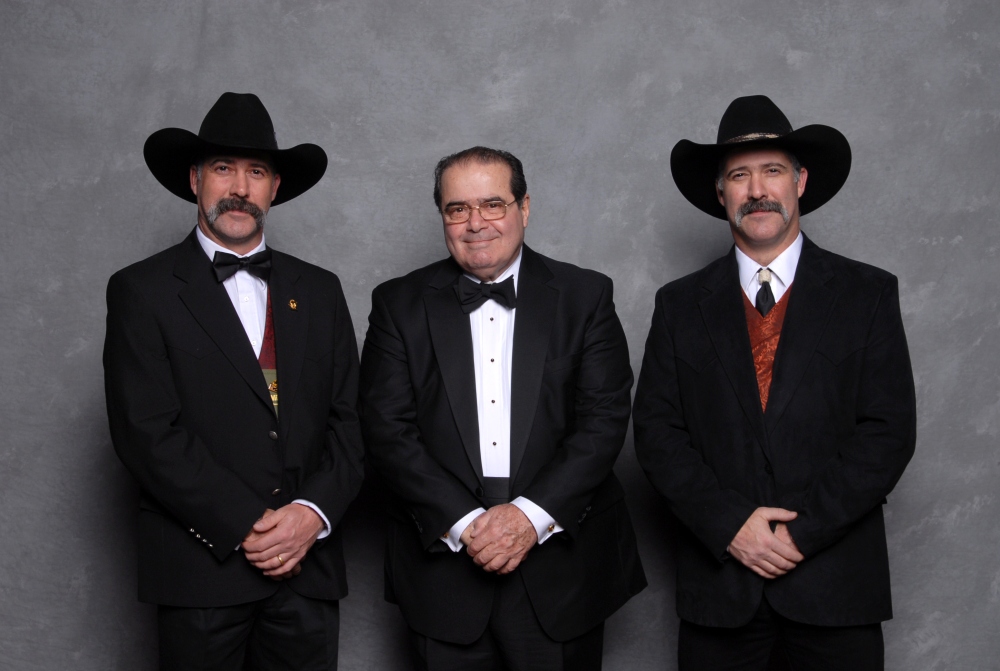 Supreme Court justice Antonin Scalia is known for being a little maverick-y. Over the course of his career, he's developed a reputation as a very smart, highly opinionated guy who's not afraid to move at his own pace. That can serve him well in the courtroom, but it didn't do much for Scalia yesterday on the George Washington Parkway, where he managed to cause a four-car pile-up.

Former NBC reporter Brooke Salkoff told the Washington Post that she was driving fairly close to Scalia's black BMW around 9am Tuesday morning when she saw him rear-end the vehicle ahead of him. The impact set off a chain reaction, shoving the front car into the two cars in front of it.

Once the dust had settled, Salkoff passed the scene and saw Scalia outside the vehicle. (Apparently, he was driving himself that day.) Although the accident sounds pretty severe, none of the other drivers or their passengers were injured. The cars, however, took some serious damage. In fact, Scalia's had to be towed from the scene.

Sergeant David Schlosser has confirmed that Scalia was behind the wheel, and that he'd been fined a total of $90 for following too closely. Schlosser said that if Scalia doesn't like it, "he can contest it in court".

Which raises a series of questions:

2. Will Scalia try to get the ticket fixed?

4. What sort of favor(s) will he have to provide in return?

5. If he contests it in court, will he argue his own case?

6. What judge on Planet Earth would rule against him?

7. Given Scalia's well-documented pride in his Italian American heritage, was anyone else surprised that he wasn't driving something a little more, well, Italian? Like a Chrysler?