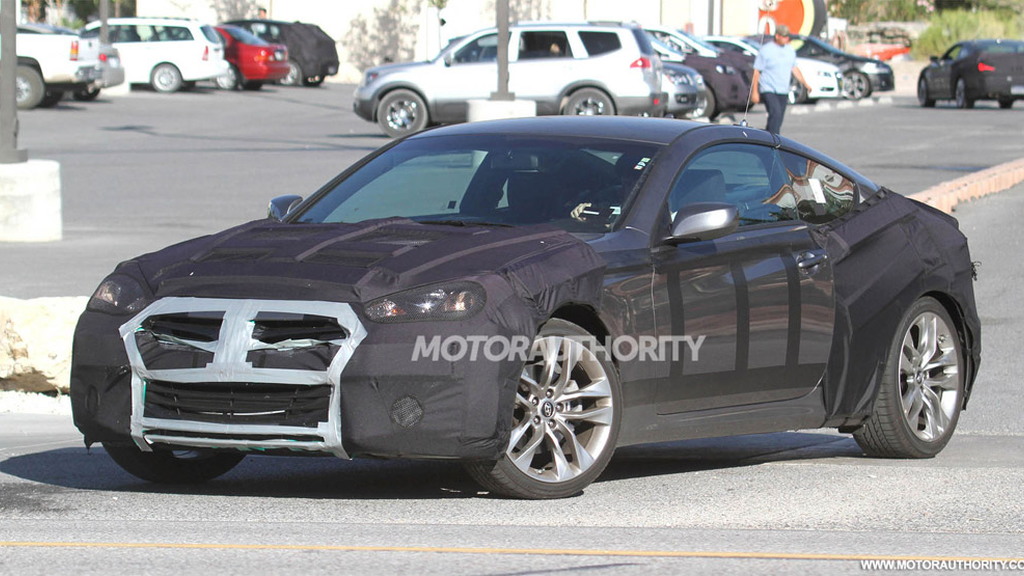 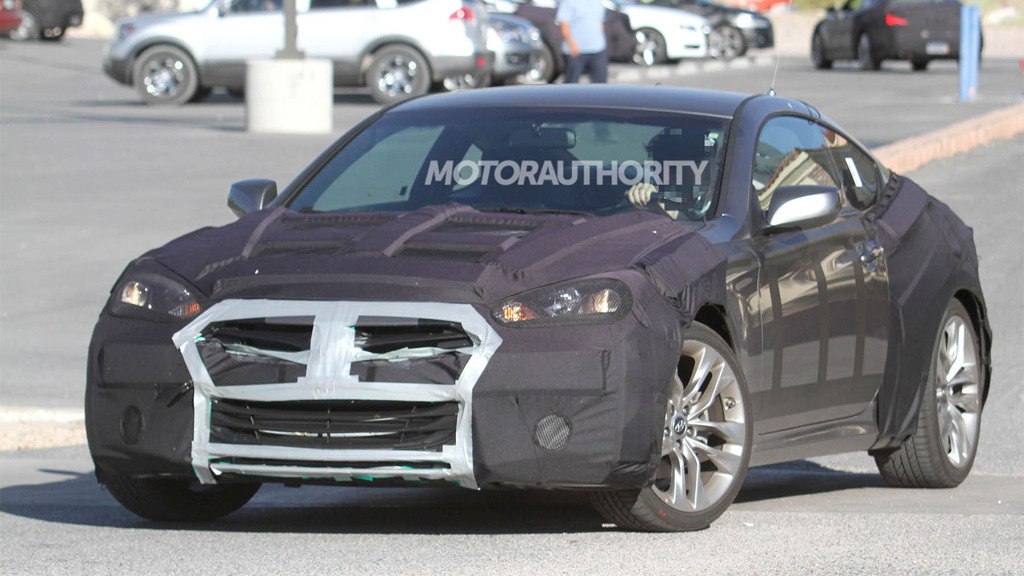 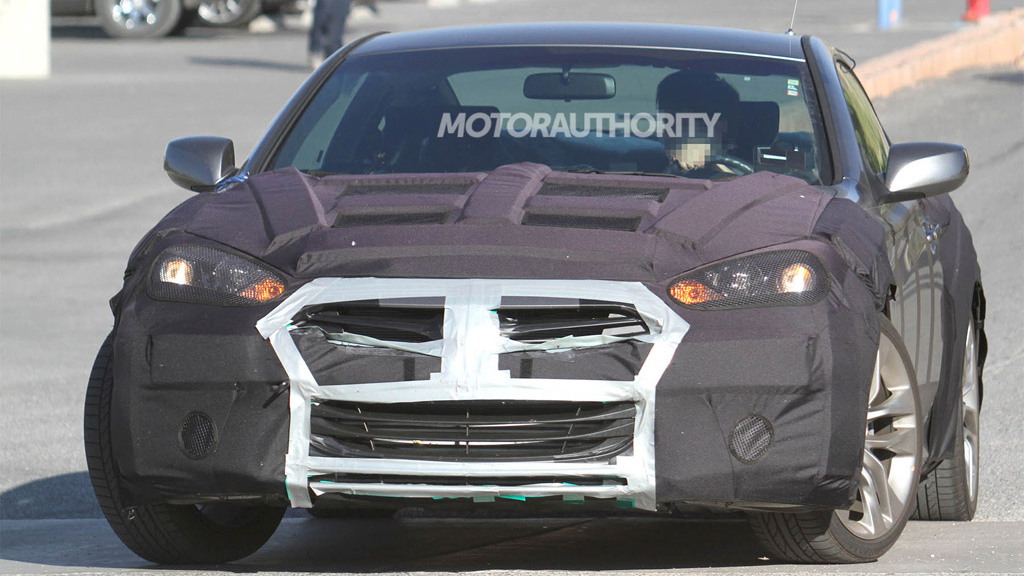 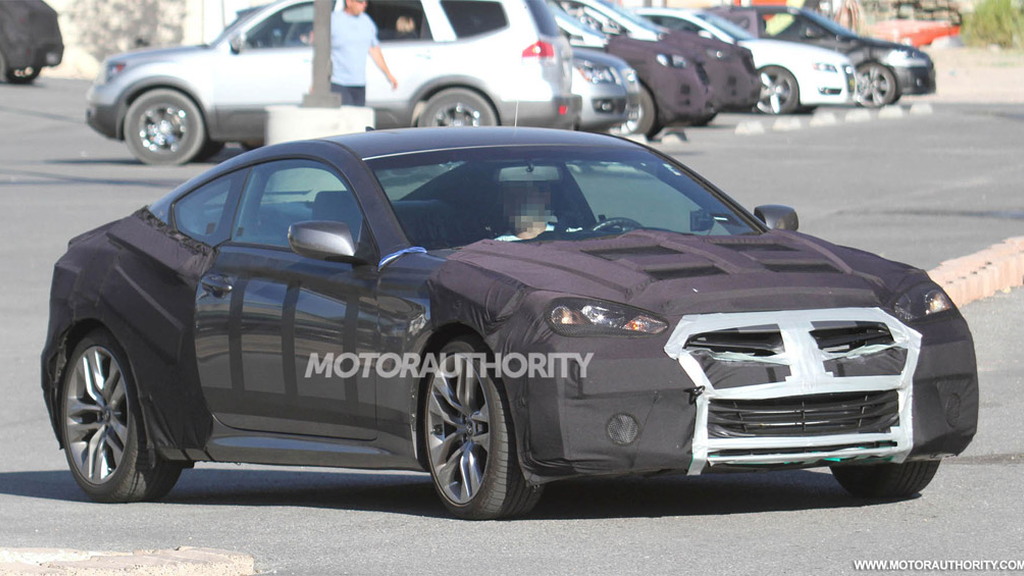 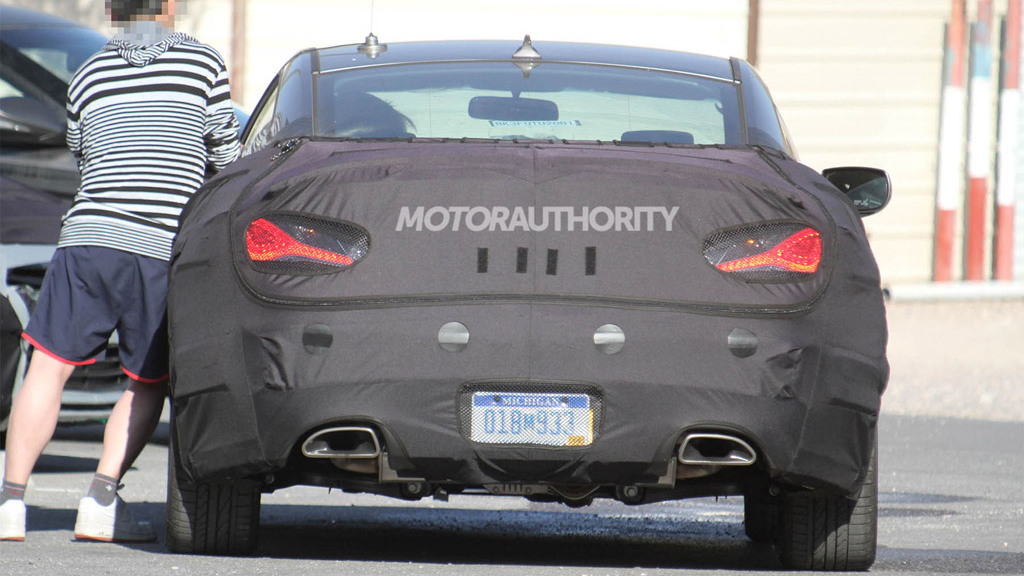 12
photos
Here, captured undergoing hot-weather testing in California's Death Valley, is the facelifted 2013 Hyundai Genesis Coupe, which is expected to go on sale early next year following a debut at the 2012 Detroit Auto Show in January.

Though the prototype seen here is camouflaged, we can see some new details such as the revised headlights and indicators on the side view mirrors, as well as intricate LED detailing on the tail lamps.

Also expect some revised styling on the bumpers, new wheel designs and the revamped interior you see here.

One standout feature is the centrally mounted gauge cluster, which features gauges for the oil pressure, turbocharger boost on the 2.0-liter model and possibly battery voltage.

There’s also word that a V-8 option will be made available, possibly the 429 horsepower and 376 pound-feet of torque ‘Tau’ V-8 from the Genesis 5.0 R-Spec and Equus. This would give the Genesis Coupe a serious kick in performance and see it truly encroach on cars like the Ford Mustang GT and Chevrolet Camaro SS for the first time.

Look out for a debut of the latest 2013 Hyundai Genesis Coupe at the 2012 Detroit Auto Show in January, with first sales likely to start shortly after.