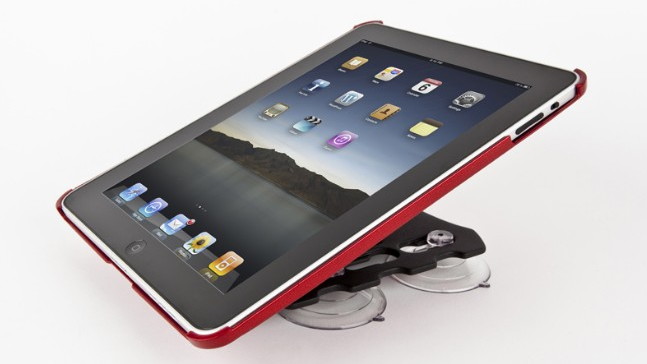 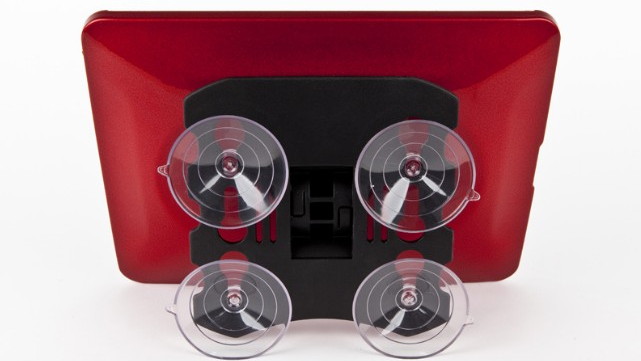 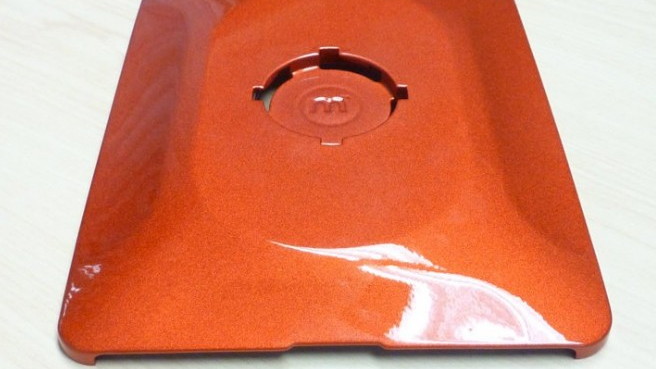 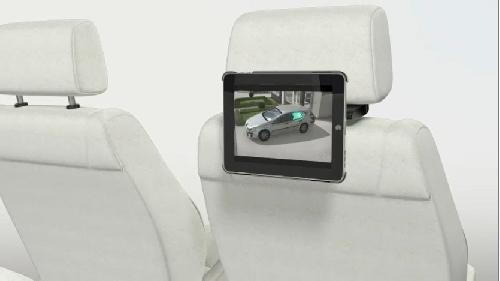 When Steve Jobs unveiled the iPad, a lot of people got angry. "What are we supposed to do with that?", they asked. "It's not a computer, it's not a phone, it's just another expensive gew-gaw!" Then came iPad apps and magazines and a slew of competitors using the Android platform, and today it's clear that tablet computers are much more useful than many first thought -- for some folks, they're indispensable. Now, a company called MountMe (terrible name) has created a case/mount combo that lets those people use their tablets in more places, including the car.

We've seen car mounts for the iPad before -- Mercedes-Benz and BMW were just two automakers that showed off such devices last year. But those were brand-specific gadgets meant for new cars, and none were portable. MountMe bills its "Freedom" gadget as "a Universally Adaptable iPad Companion that Provides Mounting and Access Anywhere".

The Freedom comes in two parts: an iPad case and a mounting bracket. The case can be used alone as a protective device for the iPad, but when used in conjunction with the bracket, it create an instant mount on car seats, airplane seats, and thanks to suction cups, slick surfaces, too. According to MountMe's website, the company will soon offer solutions for the Samsung Galaxy and the iPad 2.

Sounds great, right? Except MountMe doesn't really explain its product. The website features lots of nice publicity shots, but no videos or walkthroughs about how the device really works. It wasn't until we clicked through to MountMe's Facebook page that we got a partial answer: judging from the pics (see shot #3 above), the MountMe case appears to be fairly thick, allowing space for the mount to slot in through the back. That's not an especially big deal, but it looks to make the case much bulkier -- about twice the thickness of the iPad itself. That seems like a potential turn-off for many iPad owners -- and that's probably why MountMe hasn't been eager to post more info.

Bottom line: if you spend most of your time with your iPad in your lap or tucked in your Jack Spade bag, the MountMe Freedom probably isn't for you. On the other hand, if you want a place for passengers to hang their tablets in your car, you should probably consider it: Freedom isn't free, but $49 ain't bad.

All we ask is that you keep it in the backseat. Ray LaHood's had enough bad news this week.

Marco Island, Fla. – (February 28, 2011) – MountMe, a new company dedicated to bringing one of a kind mounting accessories and solutions to iPad users, is pleased to unveil Freedom™, the only all-in-one carrying and mounting device on the market. Freedom is a sleek protective case for iPad that easily transforms into a highly adaptable and practical mounting device. iPad owners can now bring their media content to life whether they are at home or on the go.

With Freedom™ an iPad can be mounted and viewed virtually anywhere including on car seats, head rests, airplane seats, walls, mirrors, windows and more. Whether you are at home, in a hotel, outside or on the go, Freedom provides a secure yet flexible and instantly accessible mounting and protective system that allows users to position their iPad where they need it, when they need it. It’s also great for use in a workplace such as a doctor’s office, lawyer’s office, business office and a classroom.

“As parents and business professionals we saw the need for an all-in-one solution for the iPad that provides freedom of viewing practically anywhere without cumbersome attachments and multiple docking/mounting options,” says Brien Spina, Founder of MountMe. “With our universally adaptable mounting solution, the iPad can be easily transformed into a great in-car or on-the-go entertainment system, a wall clock, home automation controller and more. The possibilities and uses are endless.”

Freedom features and functions include:

• Heavy Duty Mobile Mounting Strap – Allows you to securely mount your tablet to a headrest, car visor, your leg, and any other object you can wrap a strap around

• Four Suction Cups - Suction cups effortlessly attach to the small bracket portion of the Freedom Mount, and allow a secure mounting option for hard surfaces such as glass, mirrors or a refrigerator

• Built-in Kickstand - The unique patented design bracket acts as a kickstand for your favorite photo album or by simply reversing the bracket with a turn of the wrist; it will put the tablet into an ideal typing position

The functionality of MountMe’s revolutionary Freedom mount doesn't end here. The carrying case has been strategically designed to allow for a comfortable gripping surface on any of the four sides that will conform to the palm of your hand which makes such activities as gaming even better. MountMe has also solved the wobbling that occurs when an iPad's is placed on a flat surface by creating a symmetrical flat back portion of the carrying case creating a perfect user experience.

This visible but unobtrusive all-in-one universal mounting solution is a must have accessory for the kitchen, lounge, bedroom, study, garage, car, airplane, boat and more. Protect and mount your iPad with a case that makes it accessible and secure anywhere. Freedom will be available in a variety of colors including blue, turquoise, white, purple, metallic grey, red, pink and black for $49.99 MRSP at www.mount-me.com.