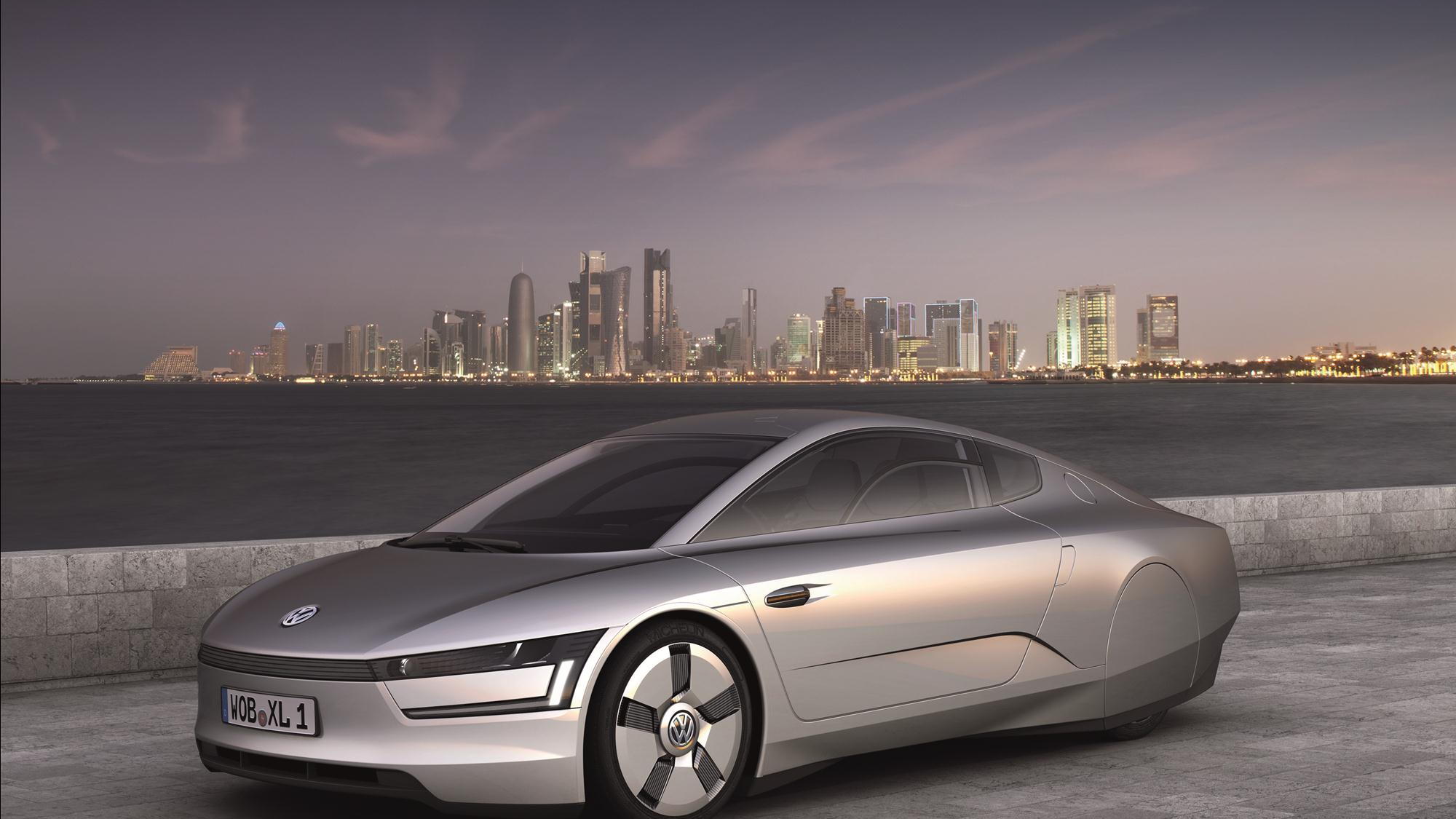 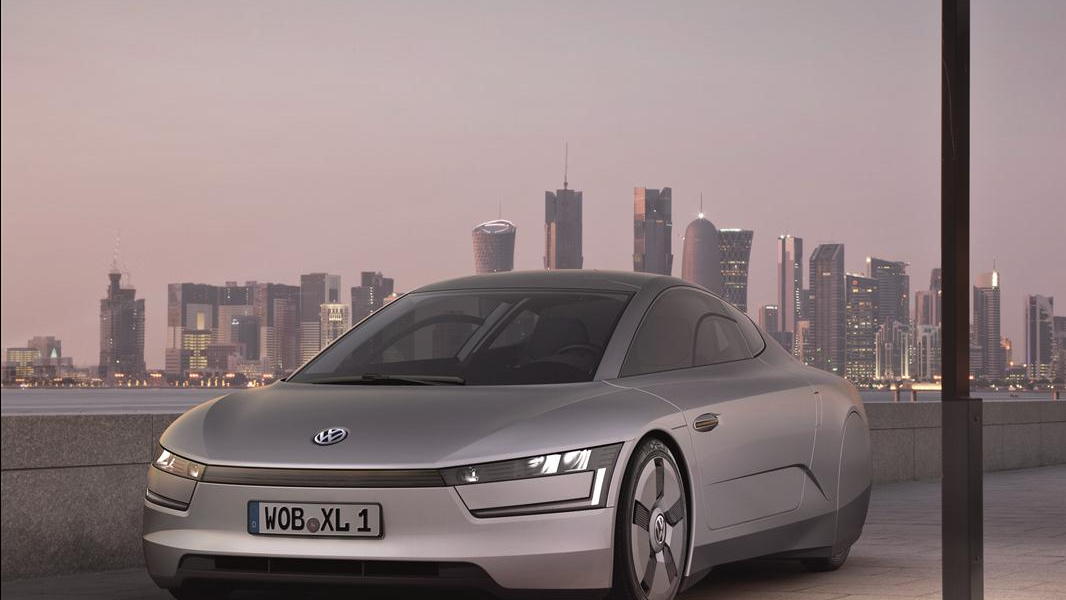 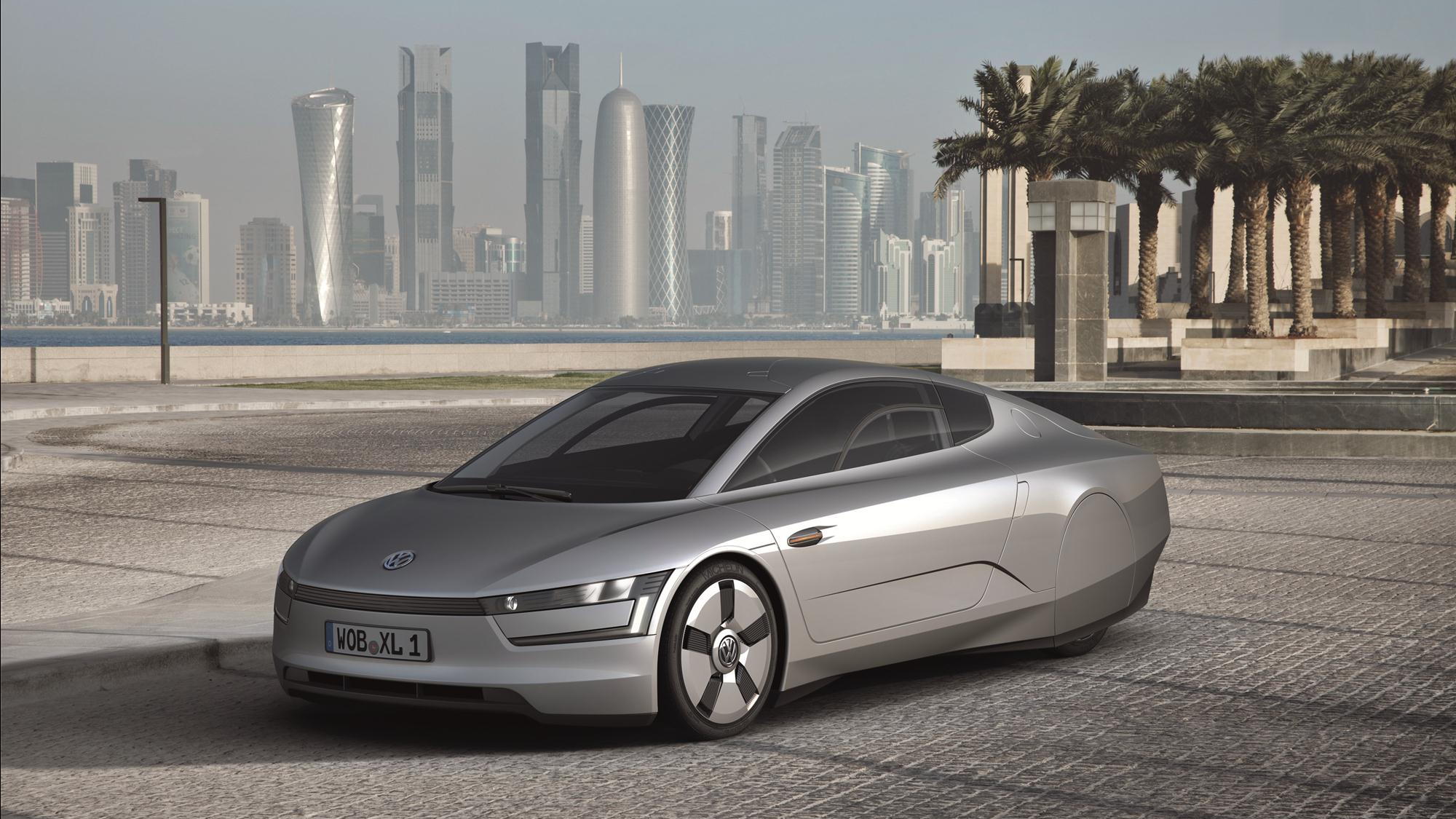 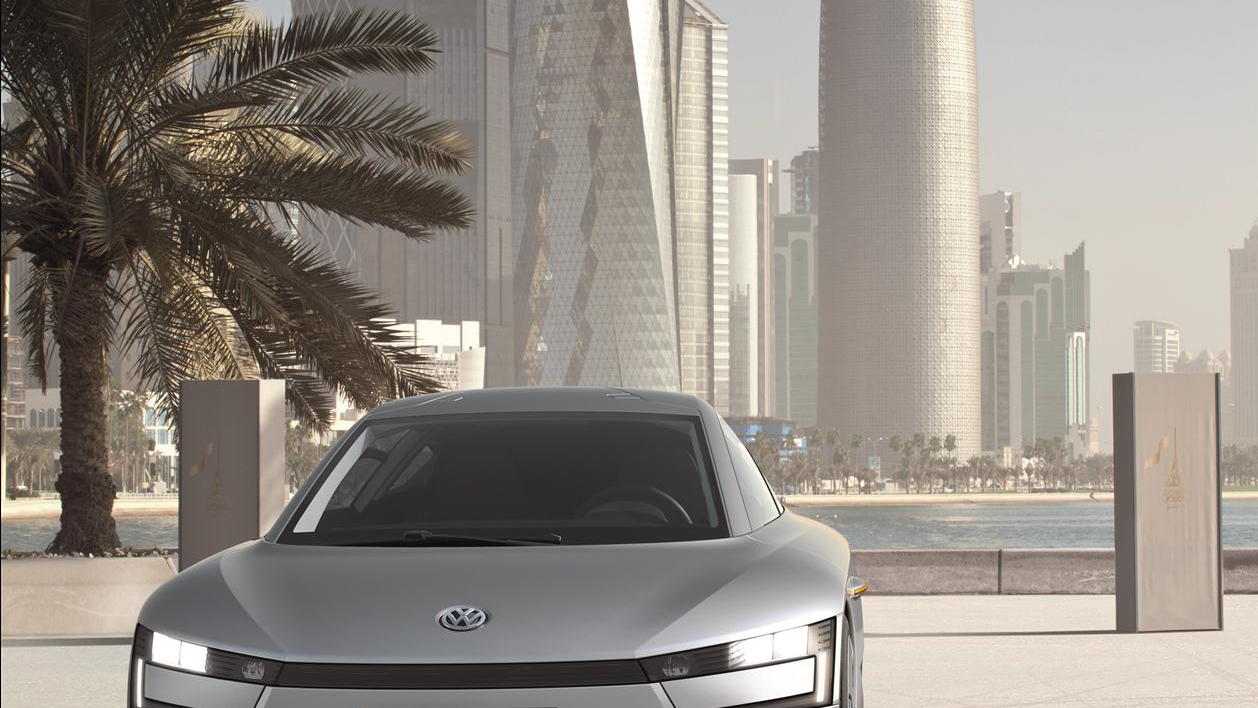 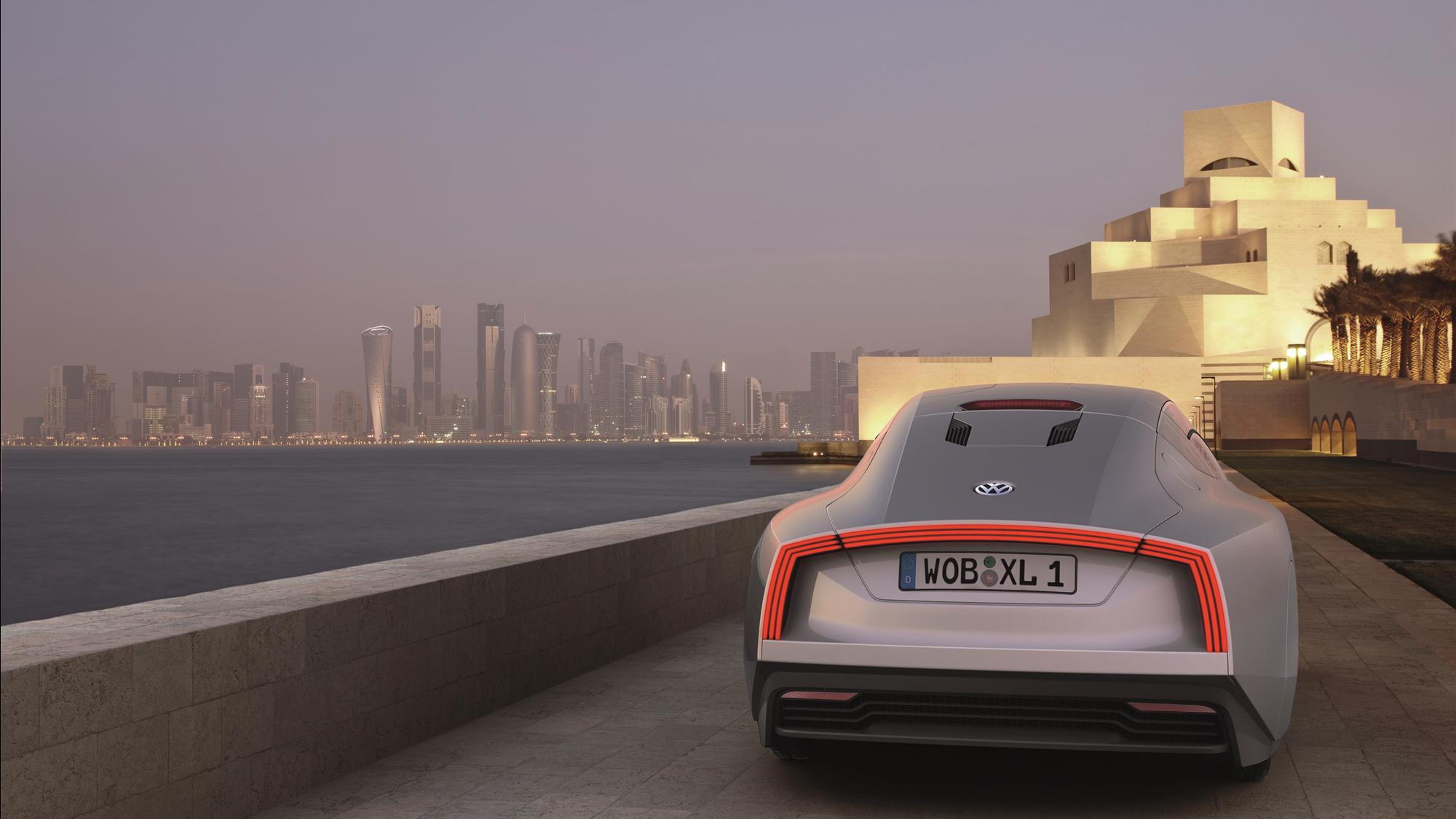 If the 20th Century was all about improvements in safety and performance for the motor car, the 21st Century see these criteria joined by efficiency. We're seeing a phoenix-like rise by the electric car, and manufacturers are finally taking steps to reduce vehicle weight, improve aerodynamics and the humble combustion engine is being tuned for ever greater efficiency.

Volkswagen's speciality lies in diesel engine technology. Europe is awash with Volkswagen-Audi Group (VAG) diesel cars and both VW and Audi have impressive clean diesels on sale in the U.S. Volkswagen is now previewing its most efficient diesel yet, the XL1 Super Efficient Vehicle. The XL1 has been unveiled at the Qatar Motor Show.

You might be thinking "we've been here before!", and you'd be right.

In 2002, Volkswagen created the 1-Liter concept vehicle, a tiny cigar-shaped carbon-fiber creation with an even tinier 299cc, single-cylinder diesel powerplant. The term 'powerplant' is being used loosely since output was in the region of 8 bhp. Thanks to a light weight of only 640 pounds though it was still capable of around 70 miles per hour.

Predictably, the fuel economy was more impressive. The '1-liter' tag referred to its fuel efficiency using the European liters per 100 kilometers measurement. Economy of 0.99 l/100km meant over 237 miles per gallon of diesel.

A whole 7 years later Volkswagen launched the marginally less accurately-named L1, which didn't hit the magic 1 l/100km. At 1.38 l/100km or 170 mpg though it still wouldn't drink Homer Simpson under the table. Many would say too that the increased performance was a welcome compromise - weight rose to 838 pounds but power increased by 375 percent to 38 bhp. The L1 also gained plug-in hybrid technology, another cylinder, 501cc, a turbocharger and a 7-speed dual-clutch transmission.

One-Liter The Third: Return Of The Super Efficient Vehicle

Evolution, not revolution is the name of the game for the third of Volkswagen's hyper-efficient vehicles. The design is familiar to the older variants and the drivetrain hasn't changed much either. Even so, some subtle tweaks have realised another 9 bhp and in combination with a 26 horsepower electric motor, maximum output is now 74 bhp.

The kerb weight has risen considerably to over 1700 pounds, but that by no means makes it a heavy vehicle. It's grown in stature too, the length and width similar to Volkswagen's Polo subcompact. Sitting around the height of a Lamborghini Gallardo Spyder though, the XL1 is a sleek looking machine. The rear wheels are enclosed for minimum aerodynamic resistance.

High tech materials feature throughout its construction. The body is made of Carbon Fiber Reinforced Polymer (CFRP), created using a new system developed and patented by Volkswagen, called Resin Transfer Moulding (RTM). The wheels are magnesium, the brakes are ceramic as you'd find on high-end Porsches, and much of the running gear is aluminum. Less than a quarter of the car is made from steel or iron.

Top speed is an electronically-limited 99 mph and 60 miles per hour can be achieved in a 2011 Smart ForTwo-rivalling 11.9 seconds. Using battery power alone, the XL1 can manage almost 22 miles before the diesel motor kicks in.

Volkswagen says the XL1, whilst still very much a concept, marks the next step towards the birth of a new class of Super Efficient Vehicles. The first of these is likely to be a development on the upcoming Up! micro car.