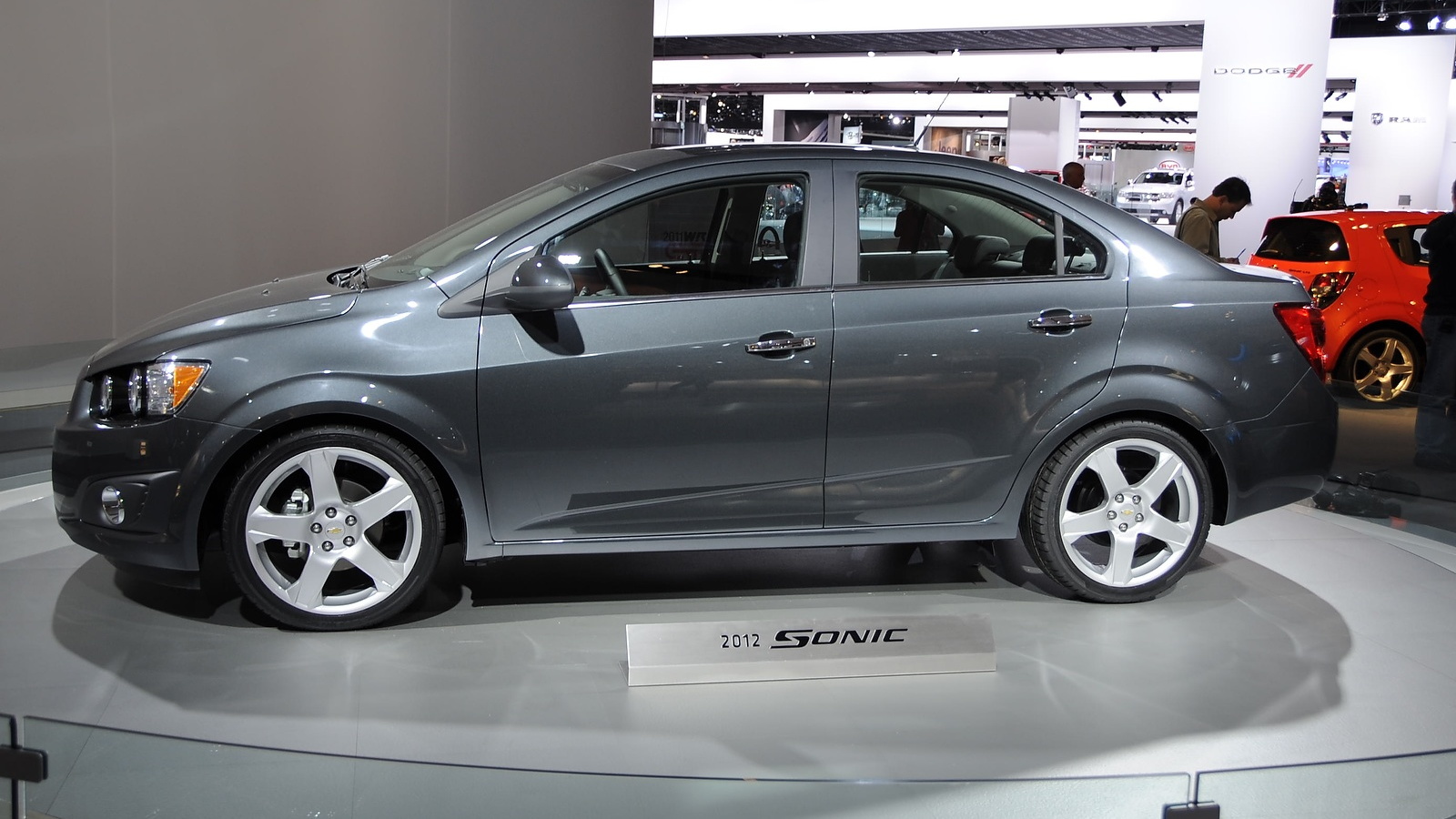 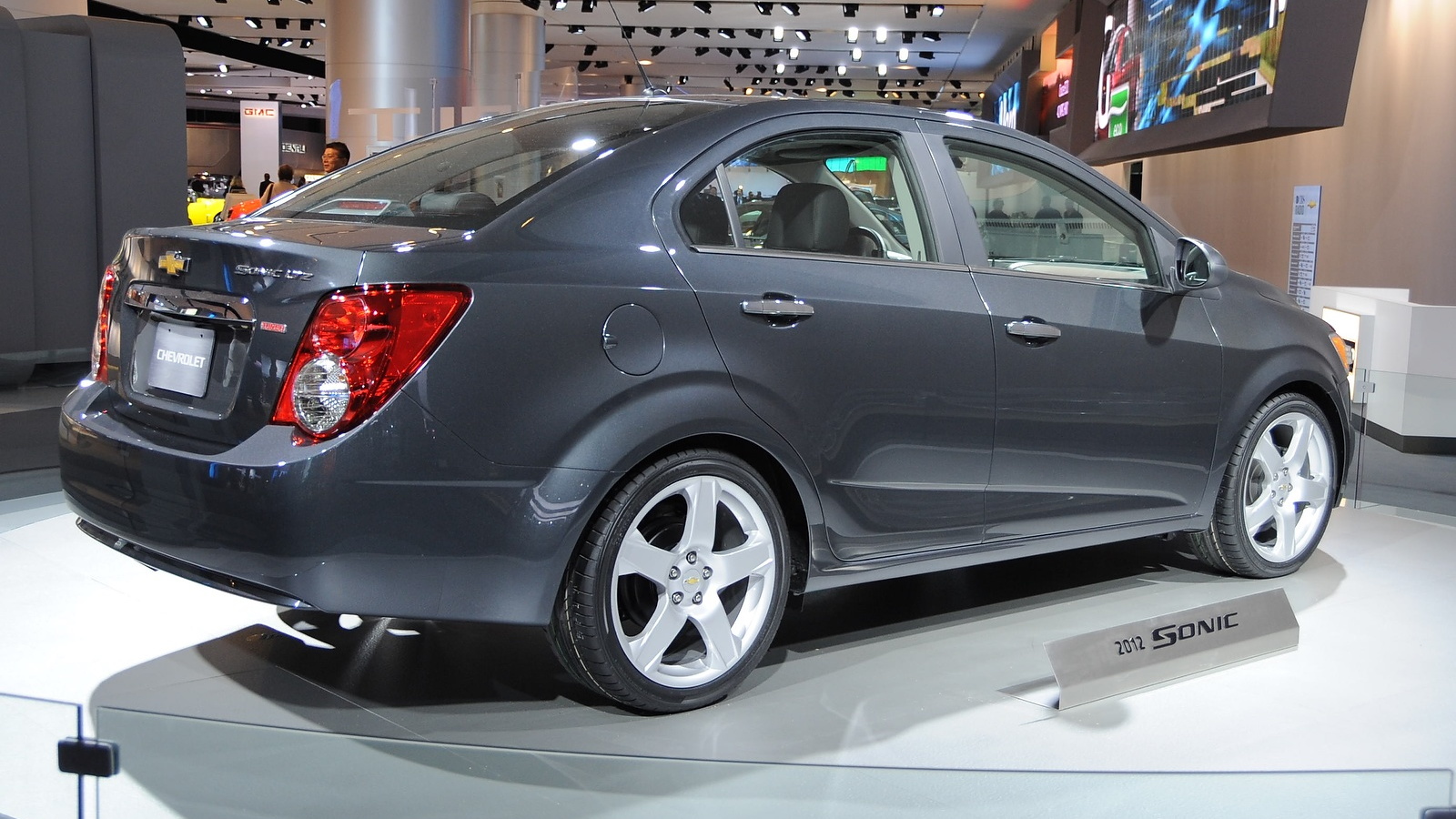 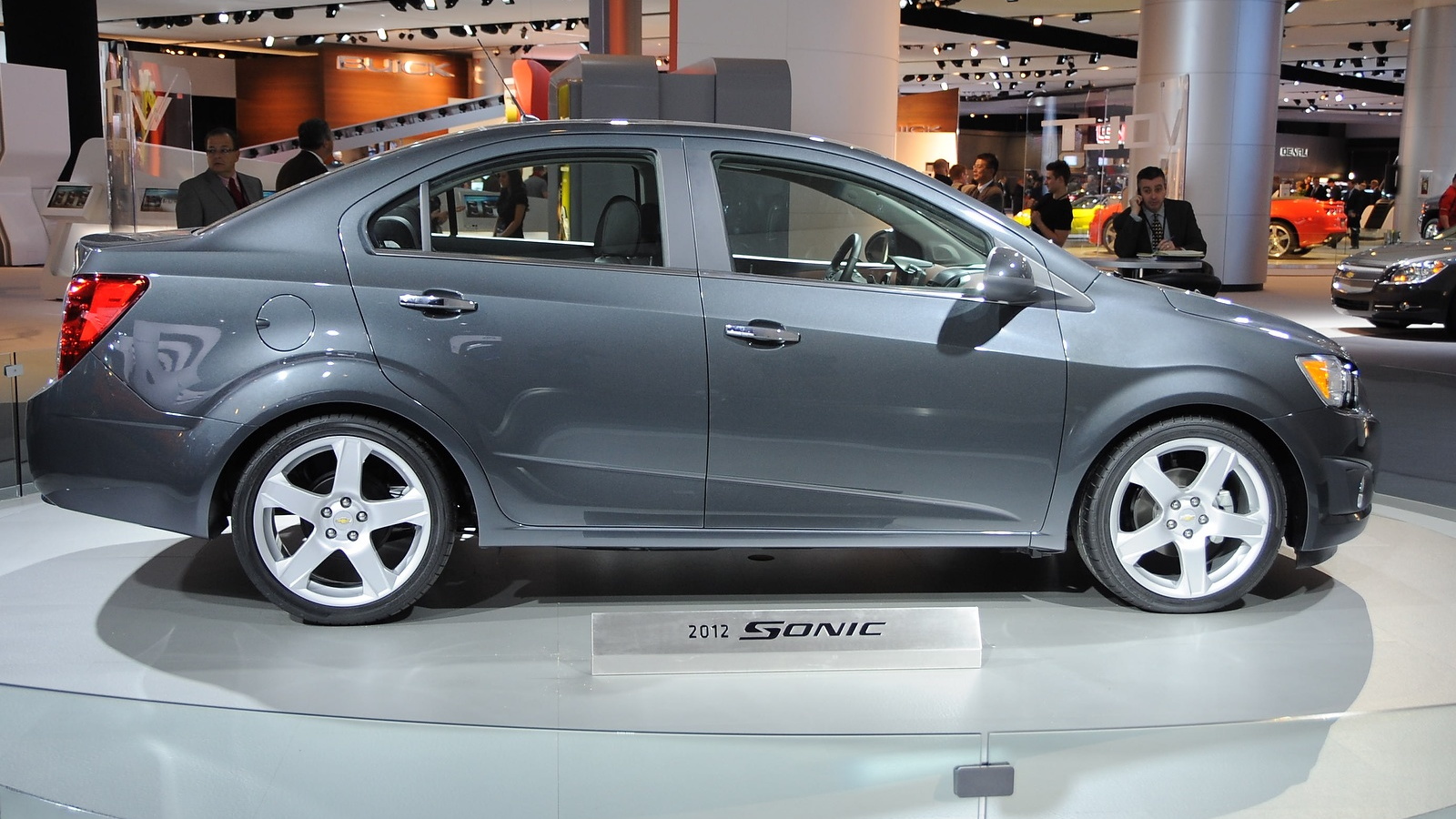 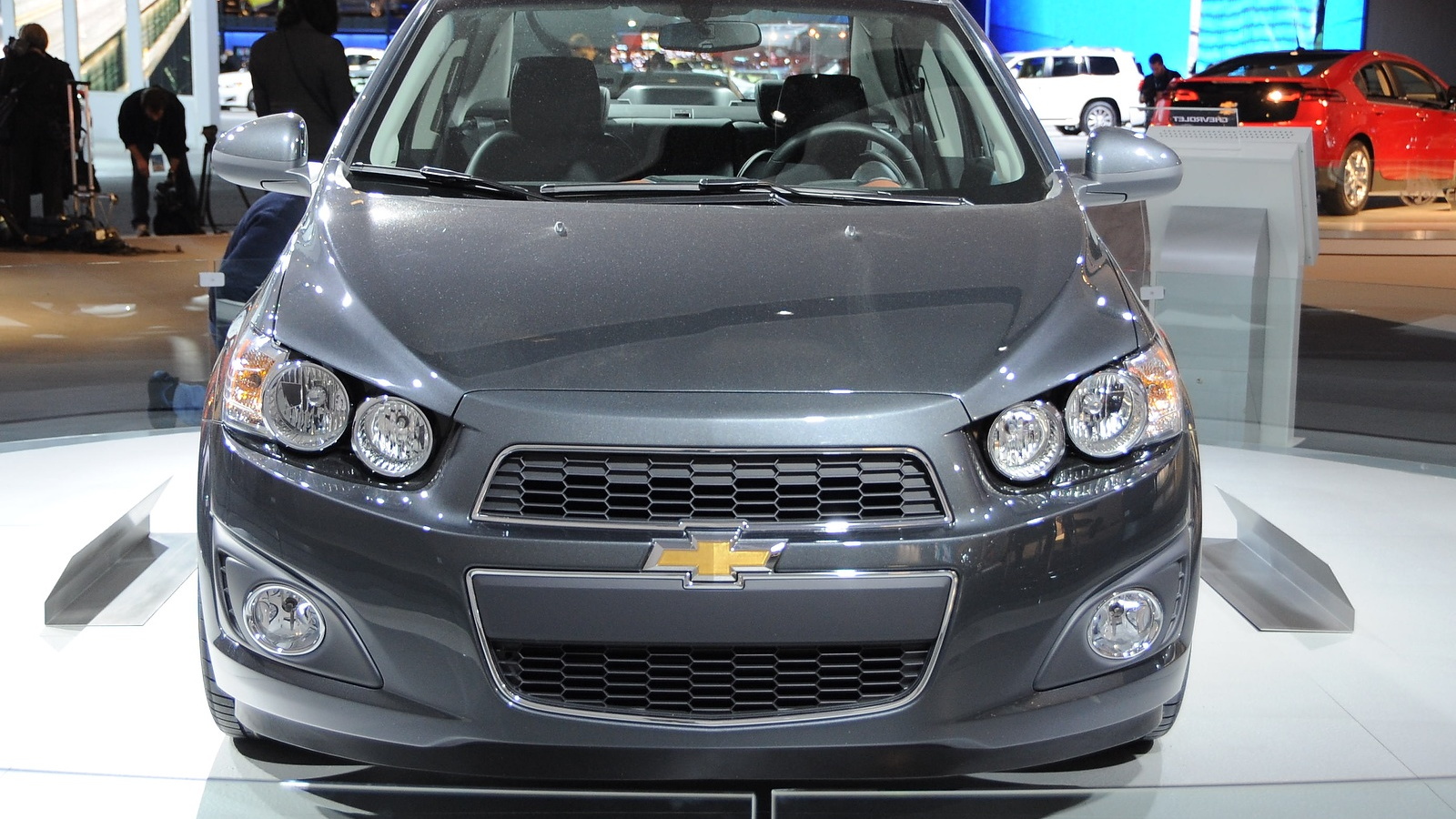 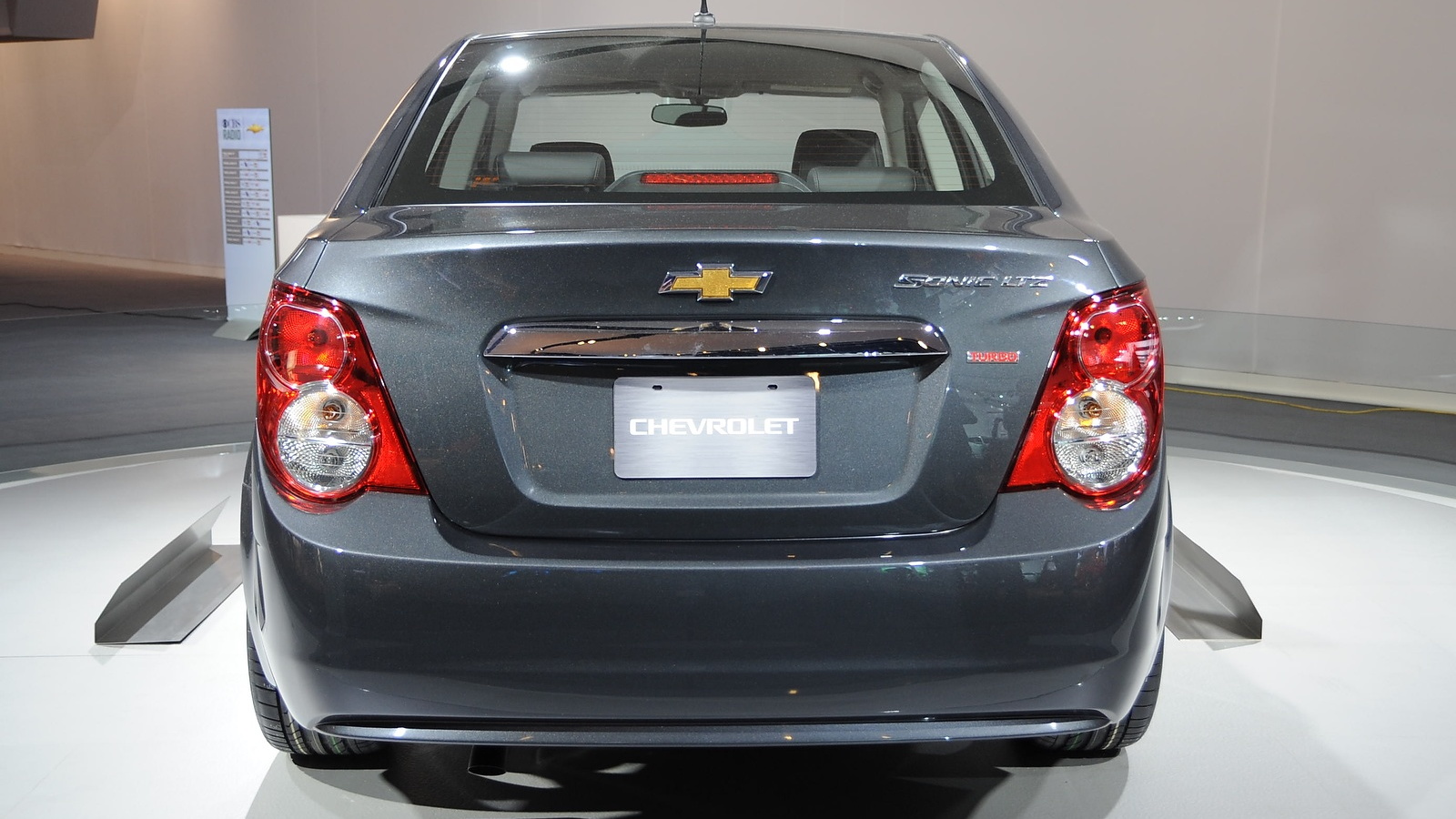 Turbos are our friends. Whether we're after better fuel economy or more power, they get the job done in a way nothing else does. The 2012 Chevy Sonic is a perfect example.

It's true that 1.4 liters doesn't sound like much displacement--and it's not. There's more volume in a bottle of Coke. But when you stuff pressurized atmosphere and gasoline into that 1.4-liter space, you get 138 horsepower and 148 pound-feet of torque. That's more in the category of a different kind of coke.

These live shots also show that the new Sonic, rising from the ashes of the Aveo, really deserves the new name. It's well-proportioned, particularly at the front end, which feels almost European. It's compact, but not clown-car tiny, and expected to be very affordable.

The non-turbo version of the Sonic (like the bright orange LTZ model in the gallery below) gets a larger 1.8-liter engine and 135 horsepower, but just 123 pound-feet of torque. The Sonic is expected to get a 40 mpg rating, though it's not yet clear which engine supports that figure.

We'll see the first of the new Sonics later this year when production kicks off at the Lake Orion Township plant in Michigan. For the full details on the Sonic, read the preview at TheCarConnection.