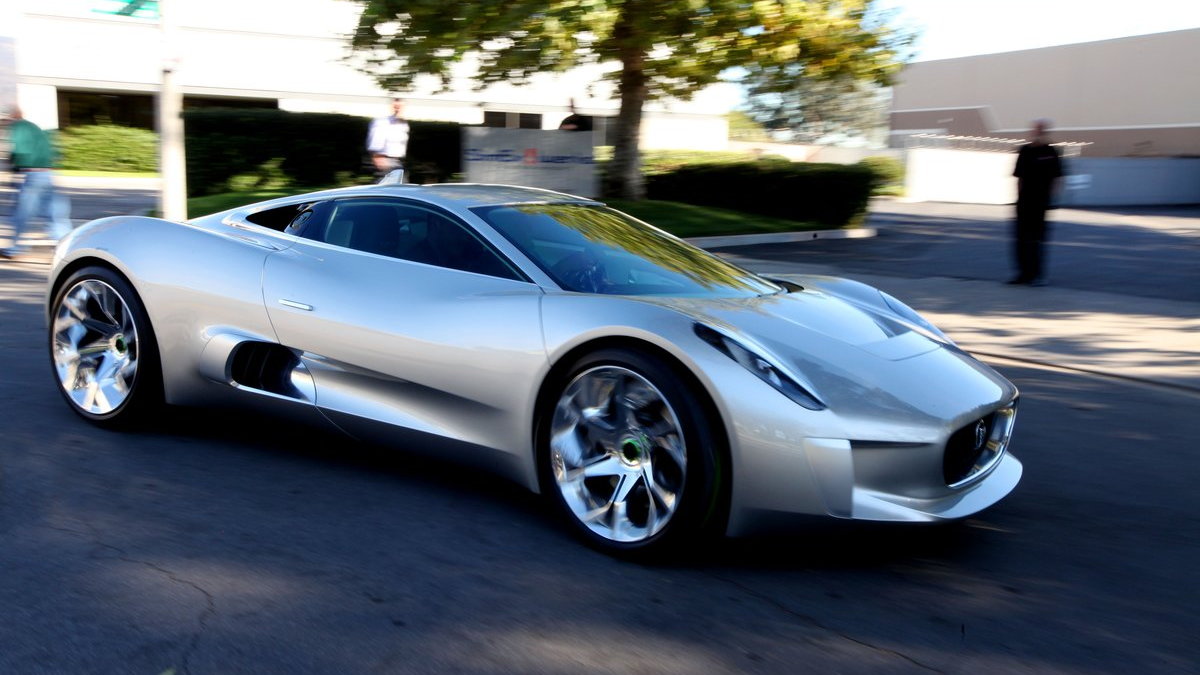 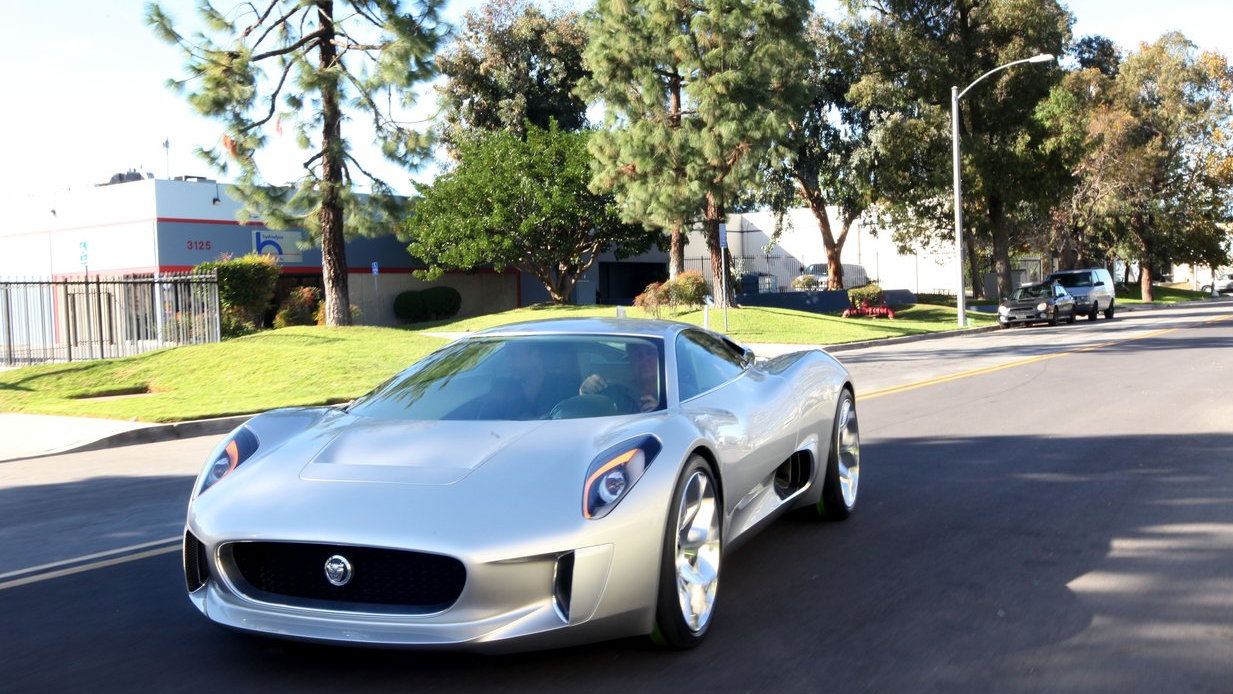 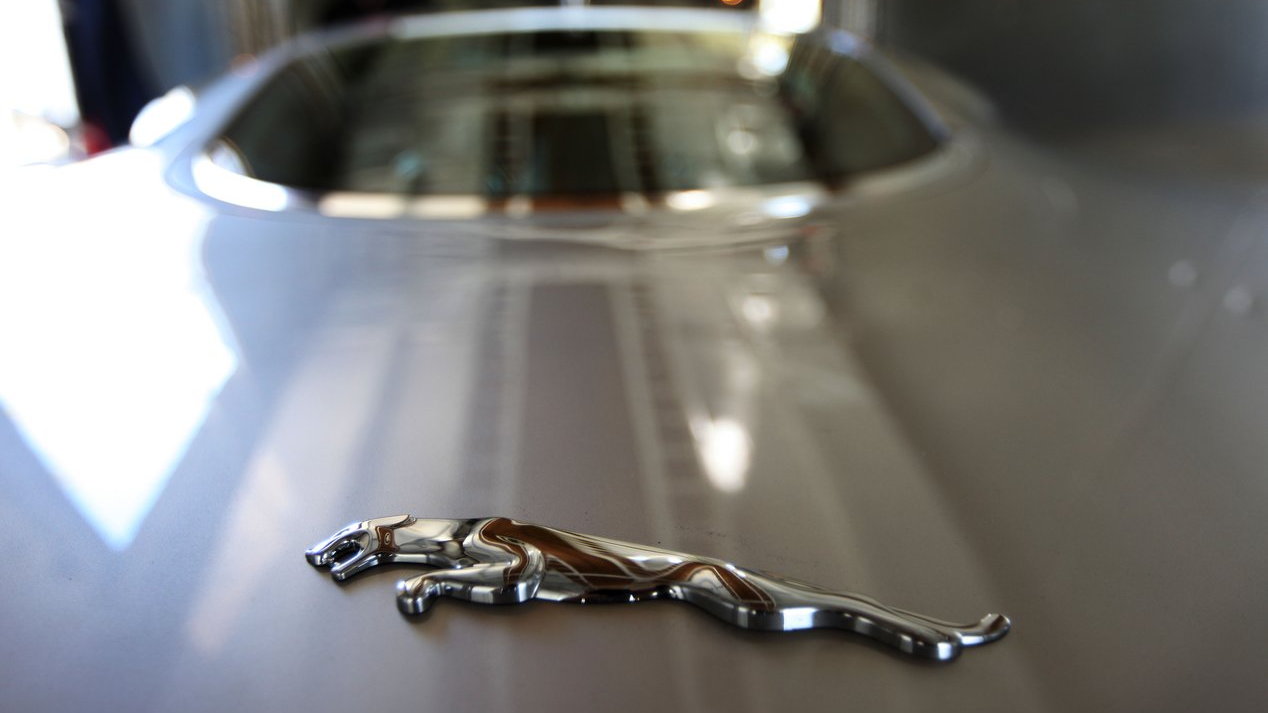 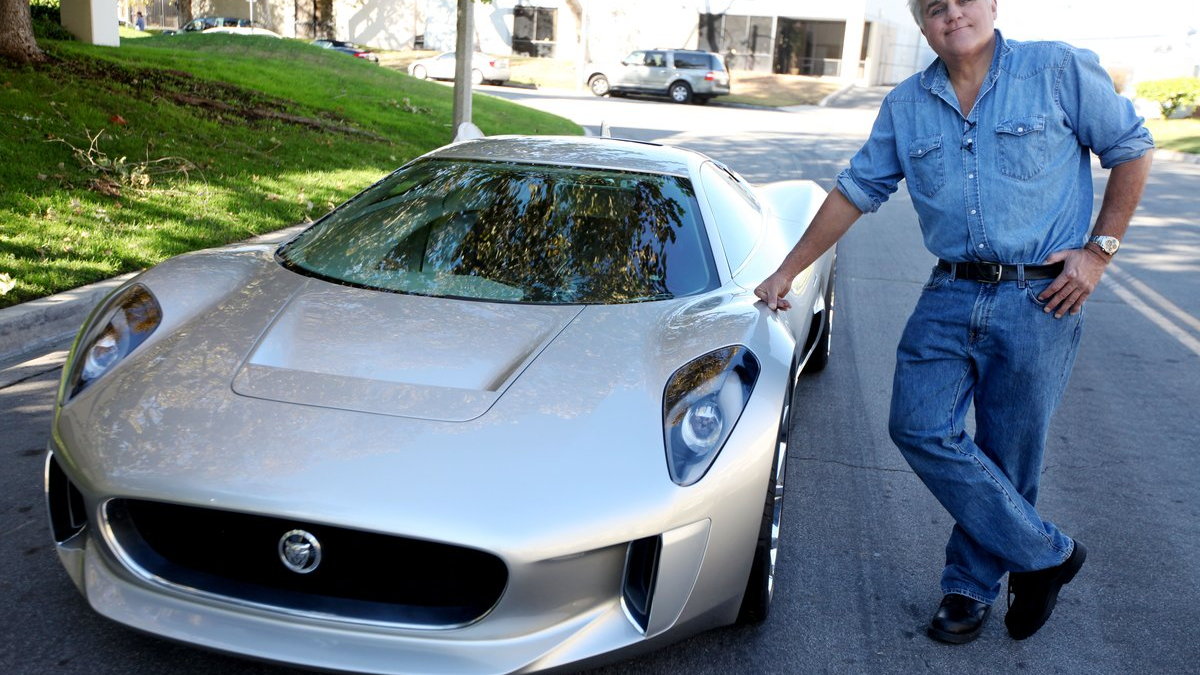 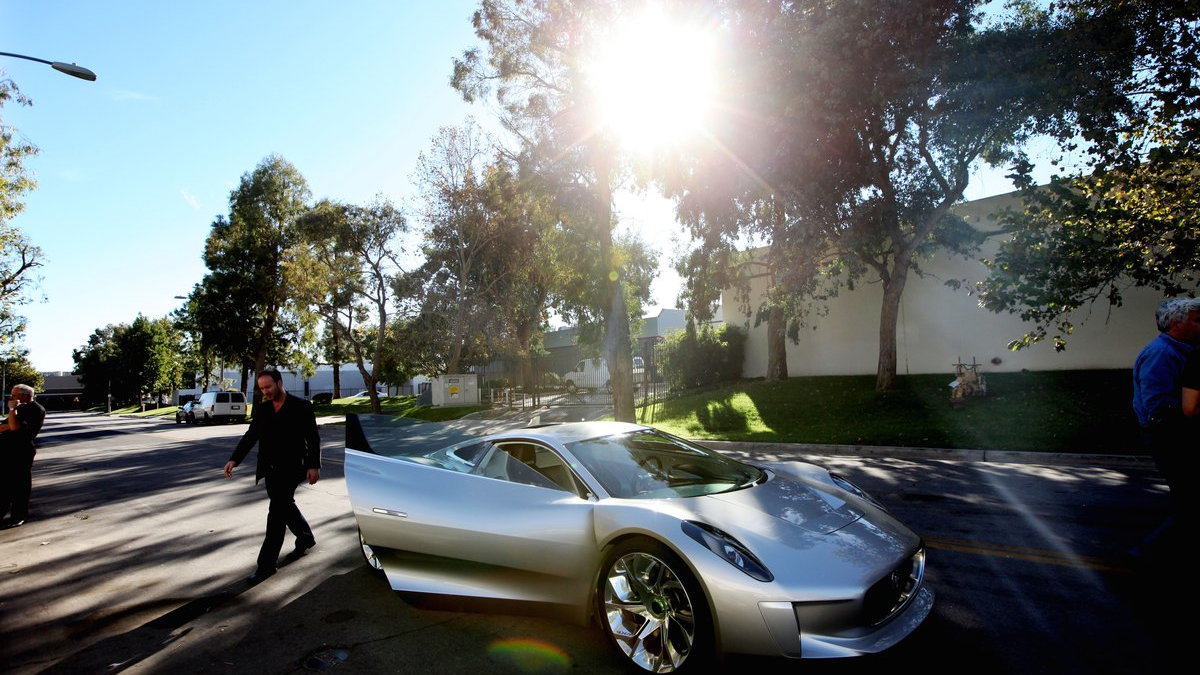 14
photos
On the eve of its Los Angeles Auto Show appearance—and six weeks or so after its Paris Auto Show debut—the British automaker gave comedian and late-night host Jay Leno an exclusive opportunity: He's the first person to drive the C-X75 on a public highway.

Why Leno? The entertainer credits the Jaguar XK120 as having a role in his lifelong obsession with cars, and he currently has one of those along with a XK140 and E-Type among his collection of hundreds of vehicles.In a short video look at the C-X75, with head designer Ian Callum, Jay notes the similarities, in looking at the rear pillar, to the new XJ, along with the XJ13, which Callum says was a main influence or inspiration for the concept.

But what really makes this concept special is the way it moves; it's a range-extended electric vehicle, with the range extending done by gas microturbines. Individual drive motors power each wheel, and the pair of microturbines can switch on, one or both, as needed.

Callum says that, while the concept isn't going into production, it serves two purposes: to set a new design language for the brand, and to show off the technical ability that the automaker has.

Watch the video below, read more about the car in John Voelcker's post on the C-X75 from Jay's garage, then check back later for more live galleries of the Jaguar C-X75 Concept from the floor of the Los Angeles Auto Show.