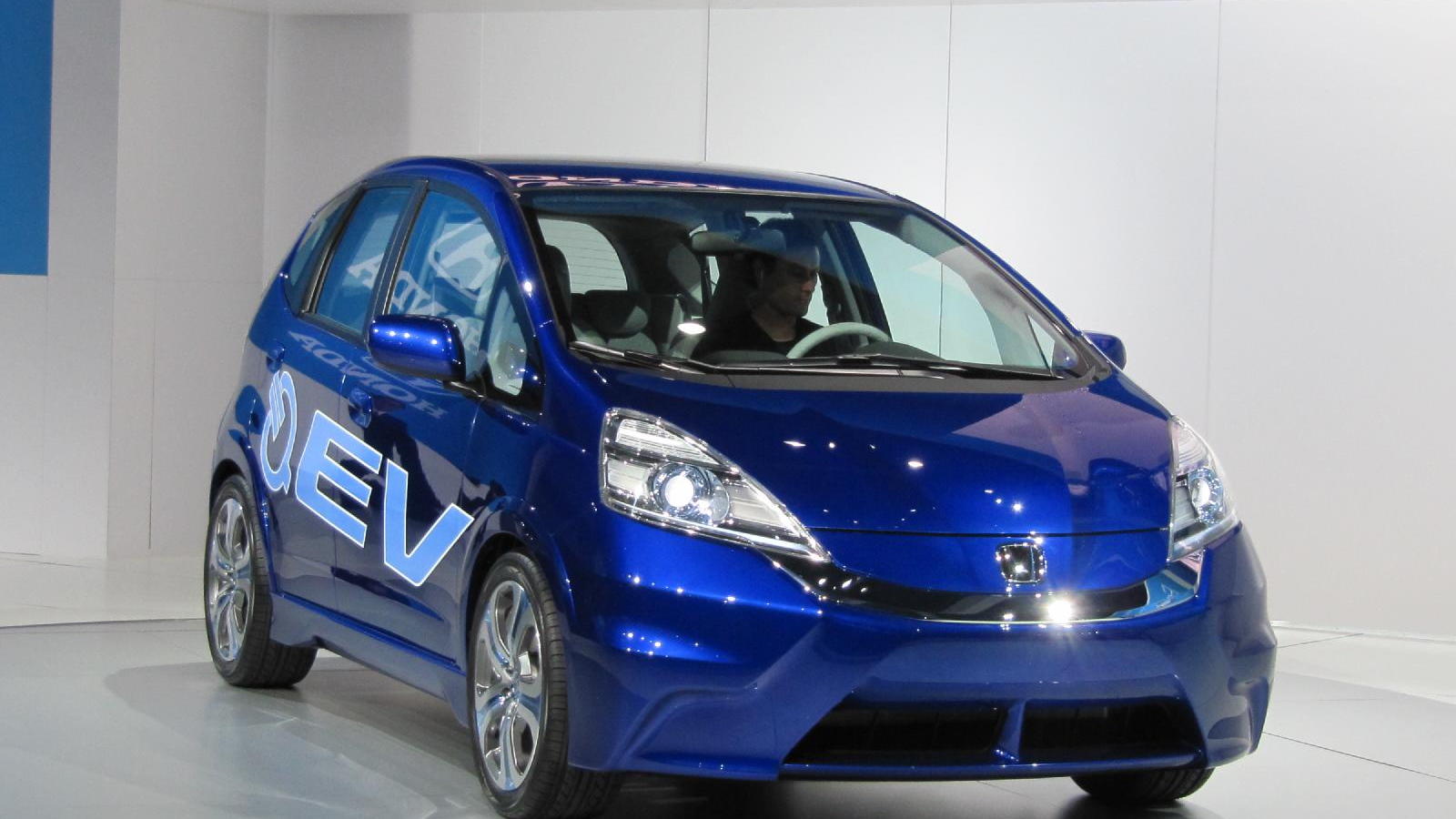 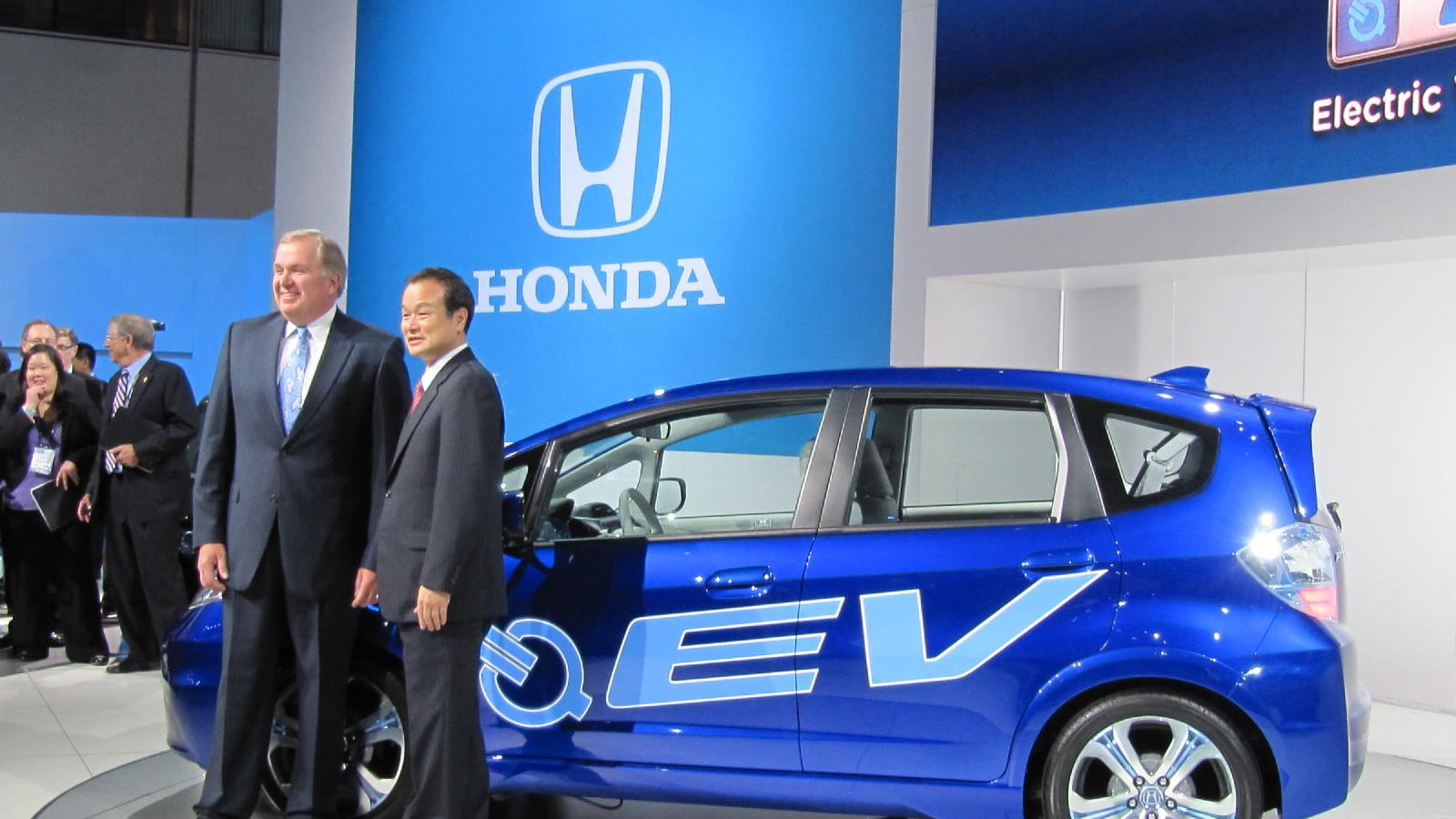 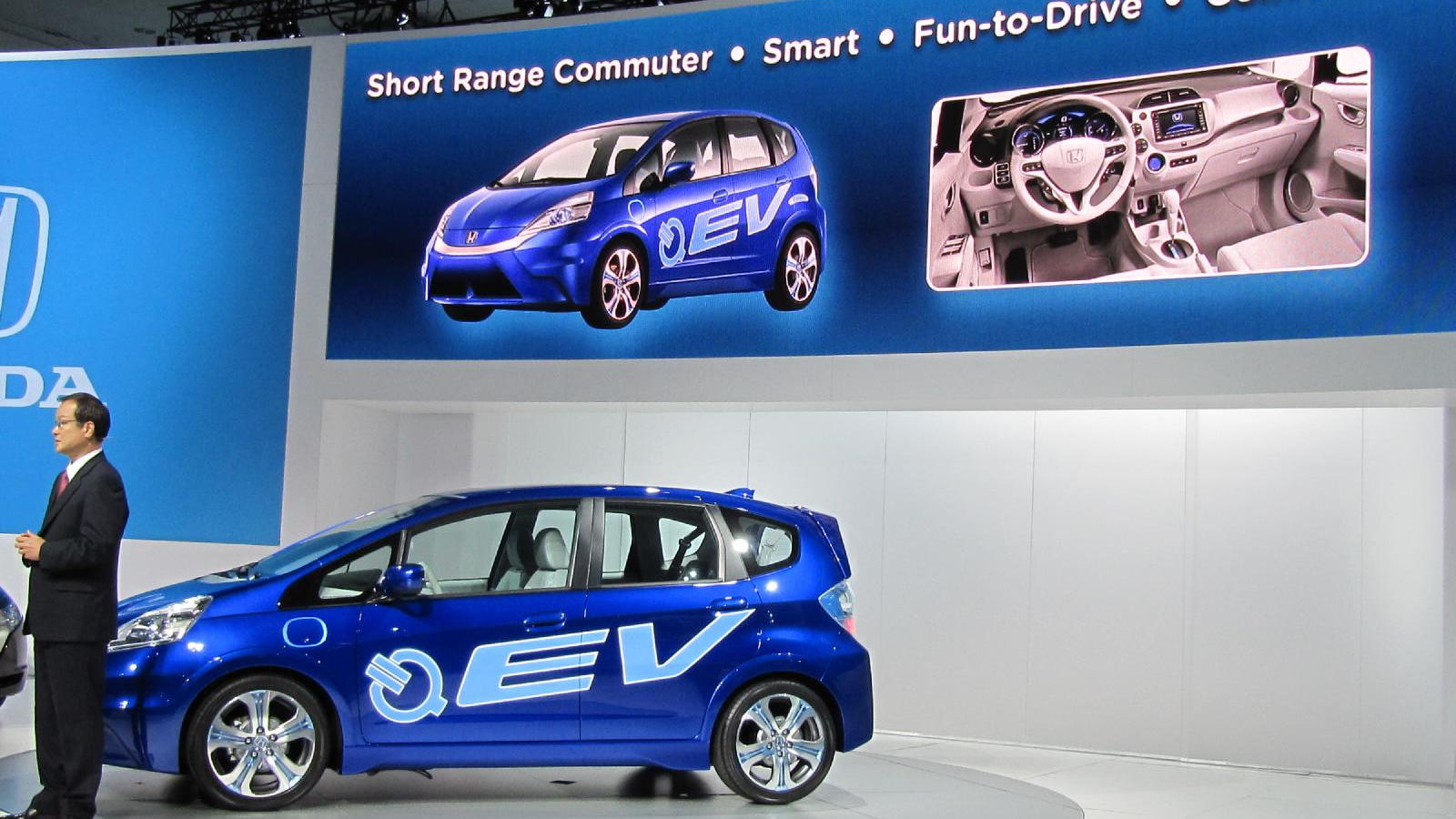 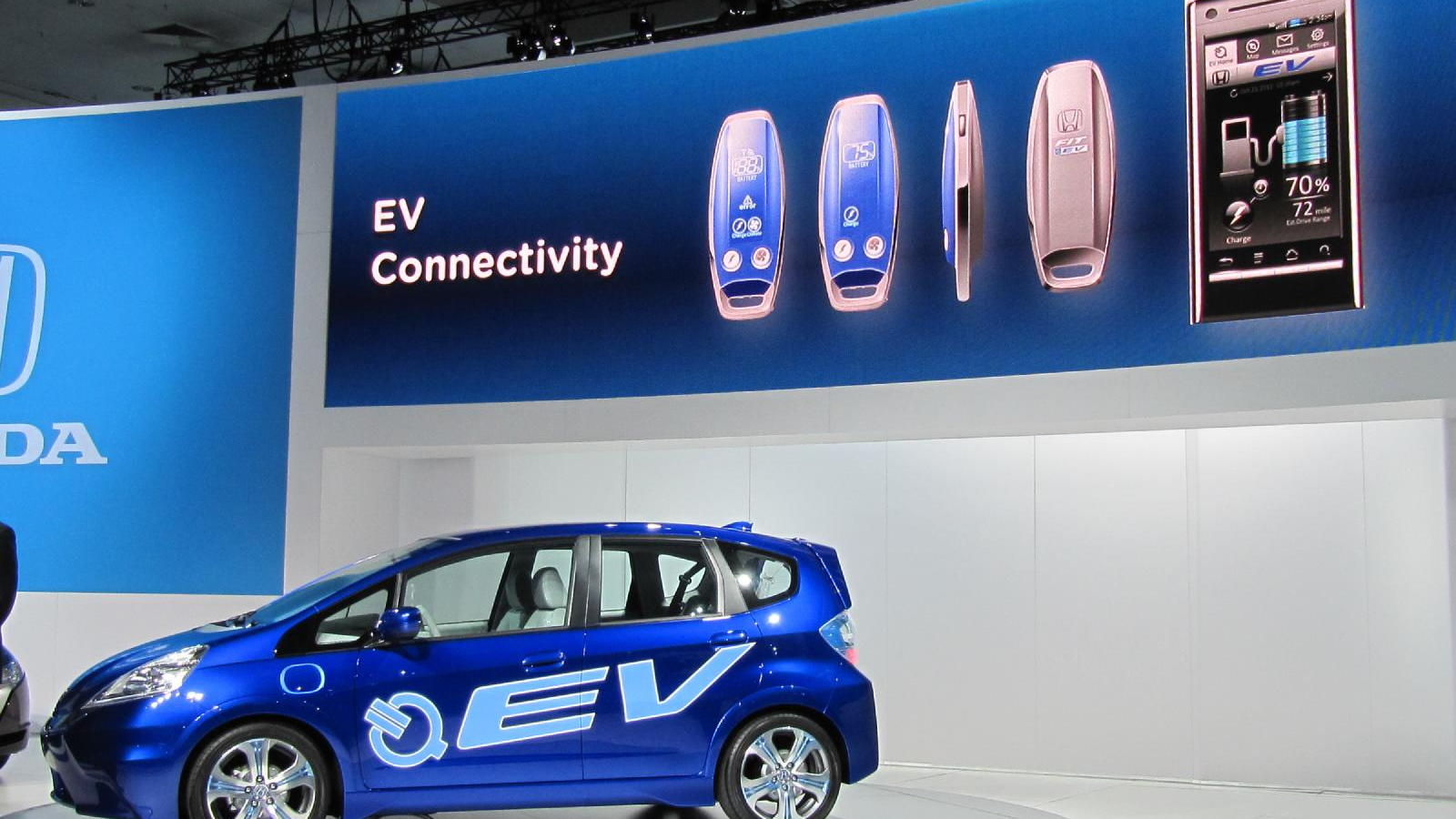 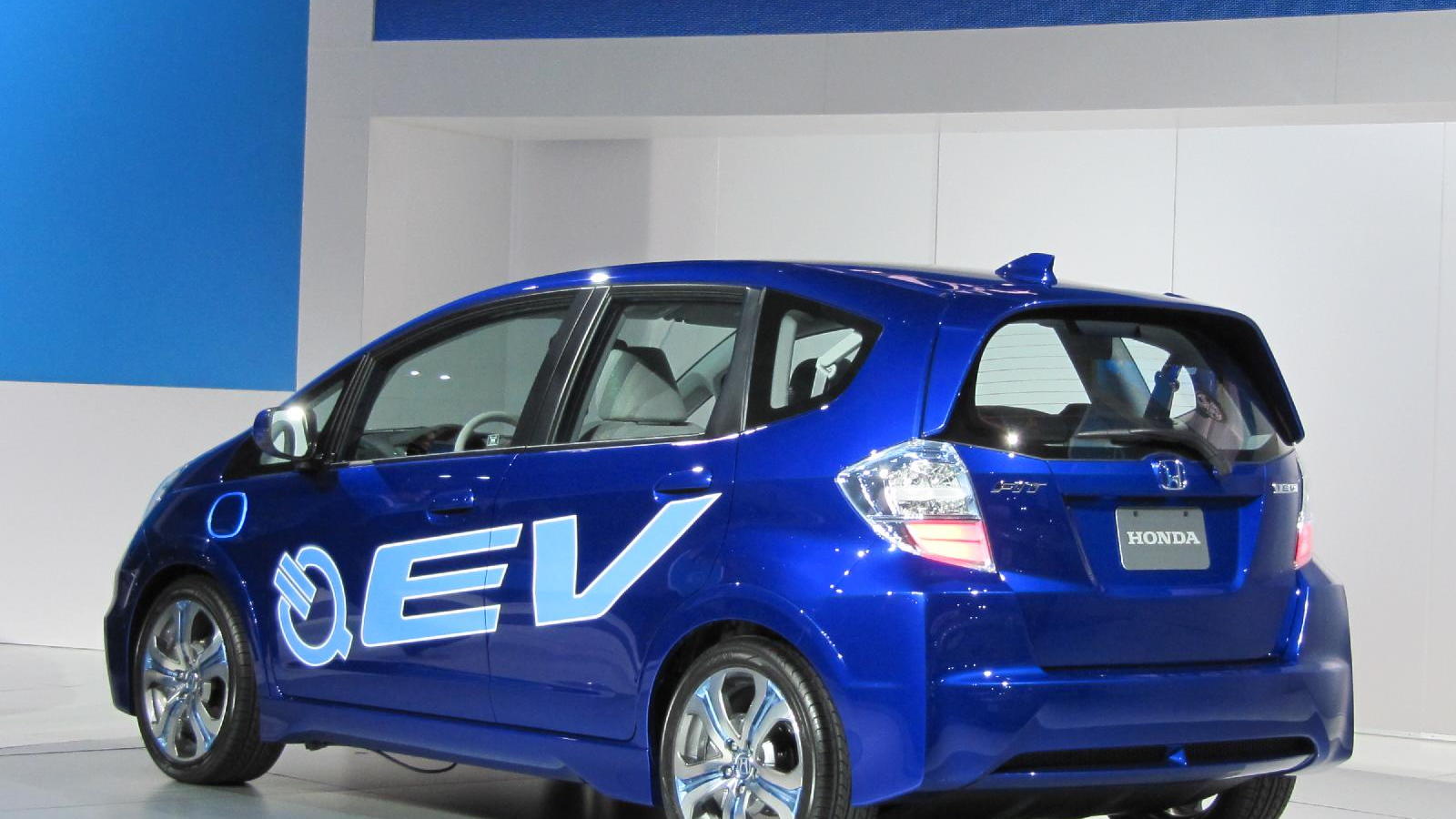 19
photos
Honda has been slow to the game when it comes to plug-in hybrids and all-electric vehicles but today at the 2010 Los Angeles Auto Show the automaker proved that it was not completely in the dark in this area. Honda unveiled a new version of its Fit compact car powered by an electric drivetrain, as well as a platform for a mid-size plug-in hybrid vehicle.

The Fit EV Concept hints strongly at the direction and styling for Honda's upcoming production Fit EV all-electric vehicle, which will be introduced to the U.S. and Japan in 2012. The all-new plug-in hybrid platform showcases Honda's next-generation, two-motor hybrid technology set to debut in 2012.

The Fit EV is designed to meet the daily driving needs of the average urban user and utilizes the same five-passenger layout found in the regular Fit hatchback. However, instead of the regular internal combustion engine, the Fit EV is packing a high-density electric motor derived from the same unit driving the FCX Clarity fuel cell electric vehicle.

Powering the motor in the Fit EV is an array of lithium-ion batteries, which are enough to send the car to a top speed of 90 mph. Driving range is 100 miles on a single charge (70 miles when applying EPA's adjustment factor). A full charge will take 12 hours using a conventional 120-volt outlet, and less than six hours when using a 240-volt outlet.

Drivers will be able to select from three different driving modes--Econ, Normal, and Sport--to instantly and seamlessly change the driving experience to maximize efficiency or improve acceleration. While in Econ mode, practical driving range can increase by as much as 17 percent, compared to driving in Normal mode, and up to 25 percent compared to driving in Sport mode. Acceleration improves significantly when in Sport mode, generating performance similar to a vehicle equipped with a 2.0-liter gasoline engine.

In addition to the three-mode E-Drive system, the Fit EV will include several interactive coaching systems to assist the driver in maximizing battery range. A special meter display advises the driver when to shut off air conditioning and other accessories to conserve battery power.

The vehicle can also run in a gasoline-electric hybrid mode, the platform features a fuel-efficient 2.0-liter four-cylinder engine paired with an electric Continuously Variable Transmission (E-CVT). An onboard generator adds to the battery powering the electric motor.

For more efficient high-speed cruising, the vehicle can engage in a direct-drive mode, in which only the engine drives the front wheels.