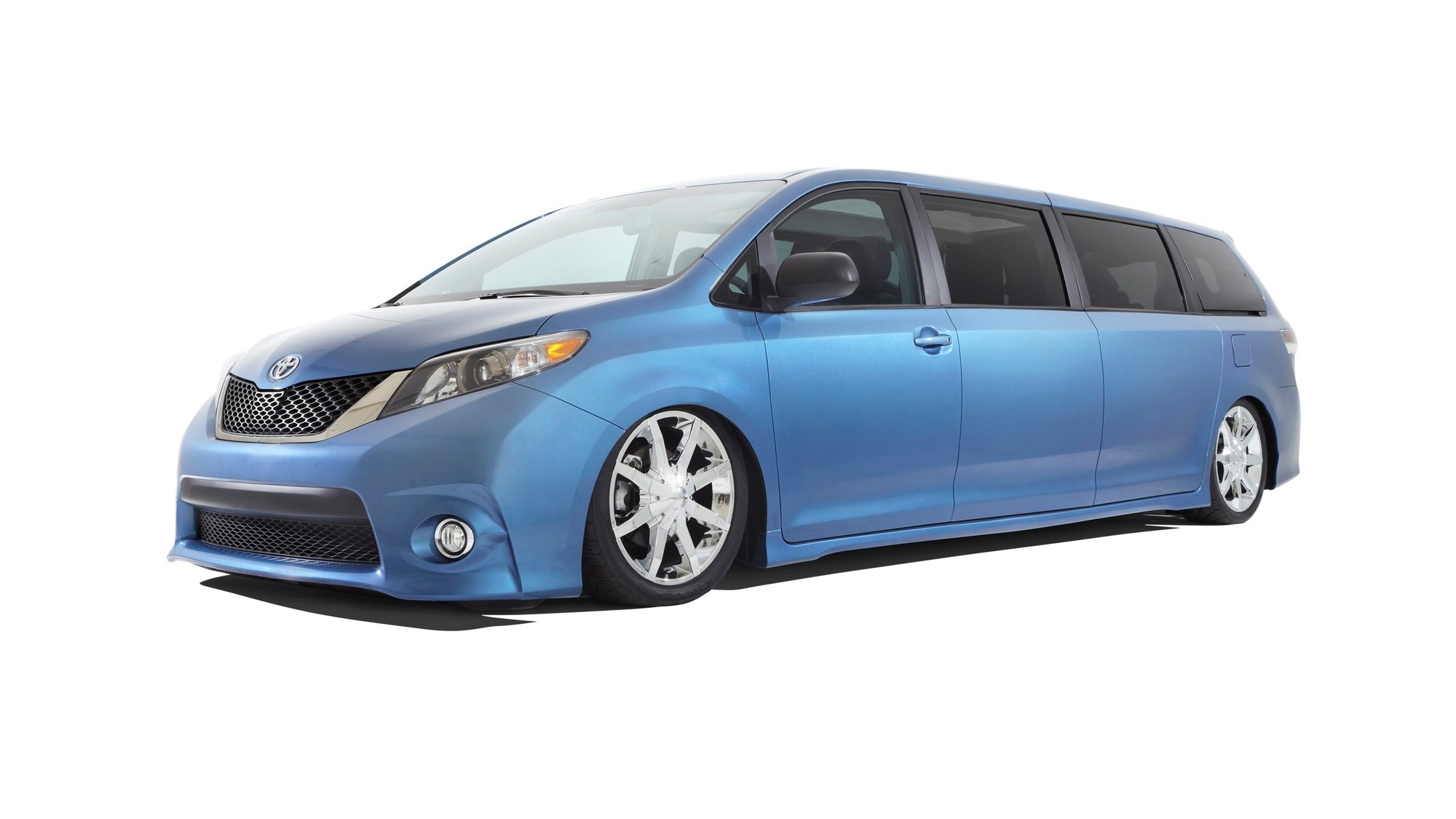 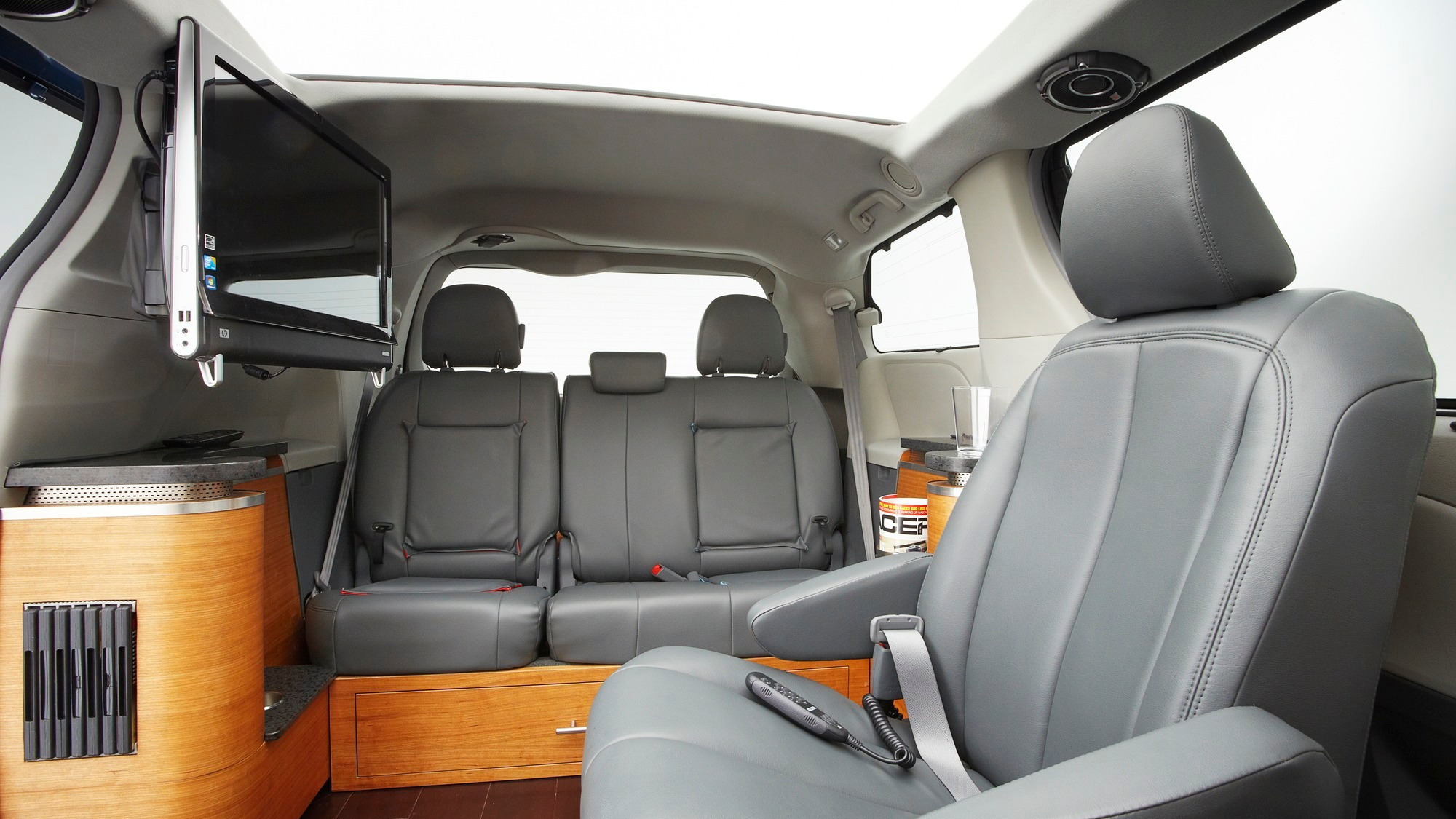 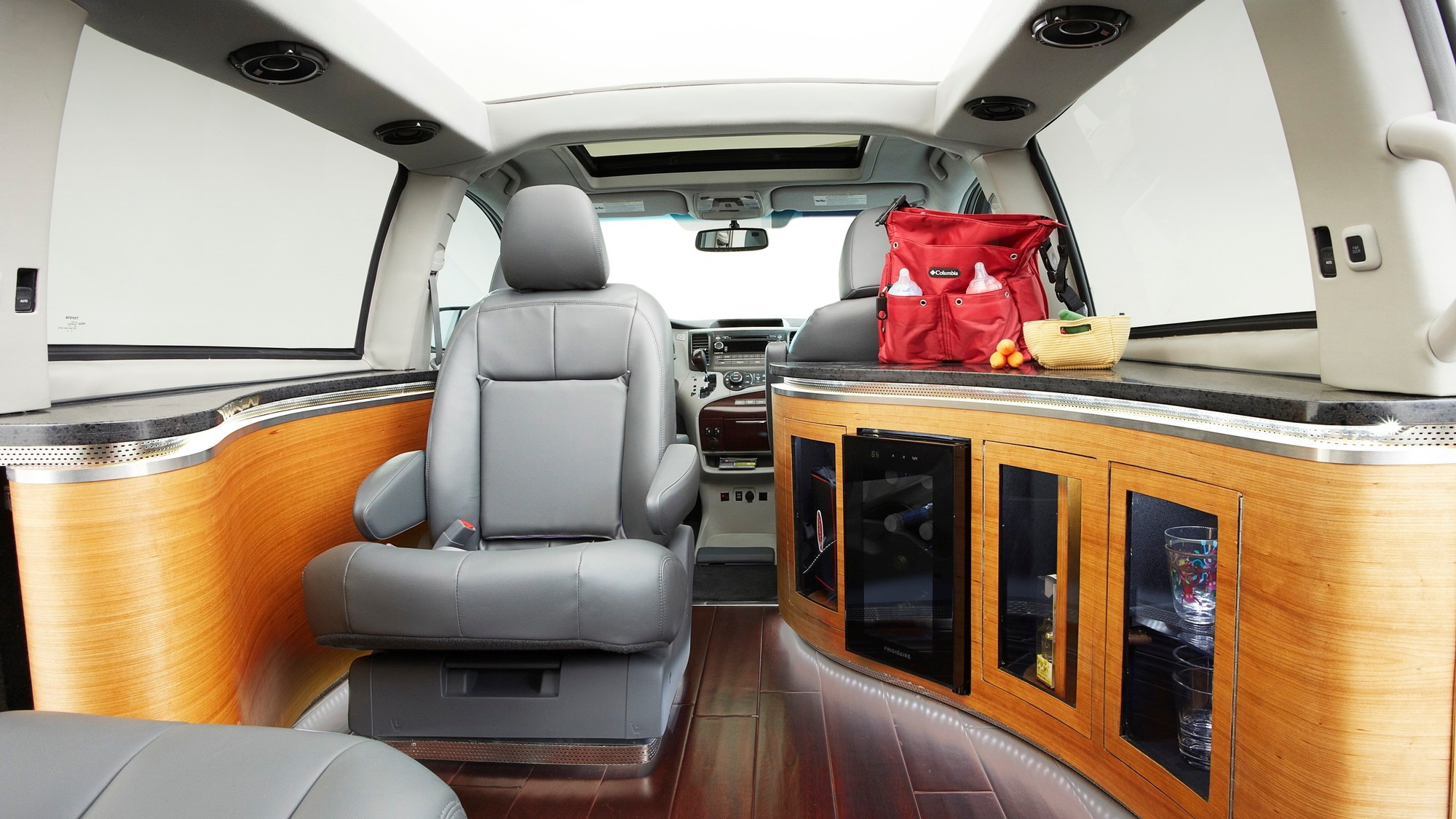 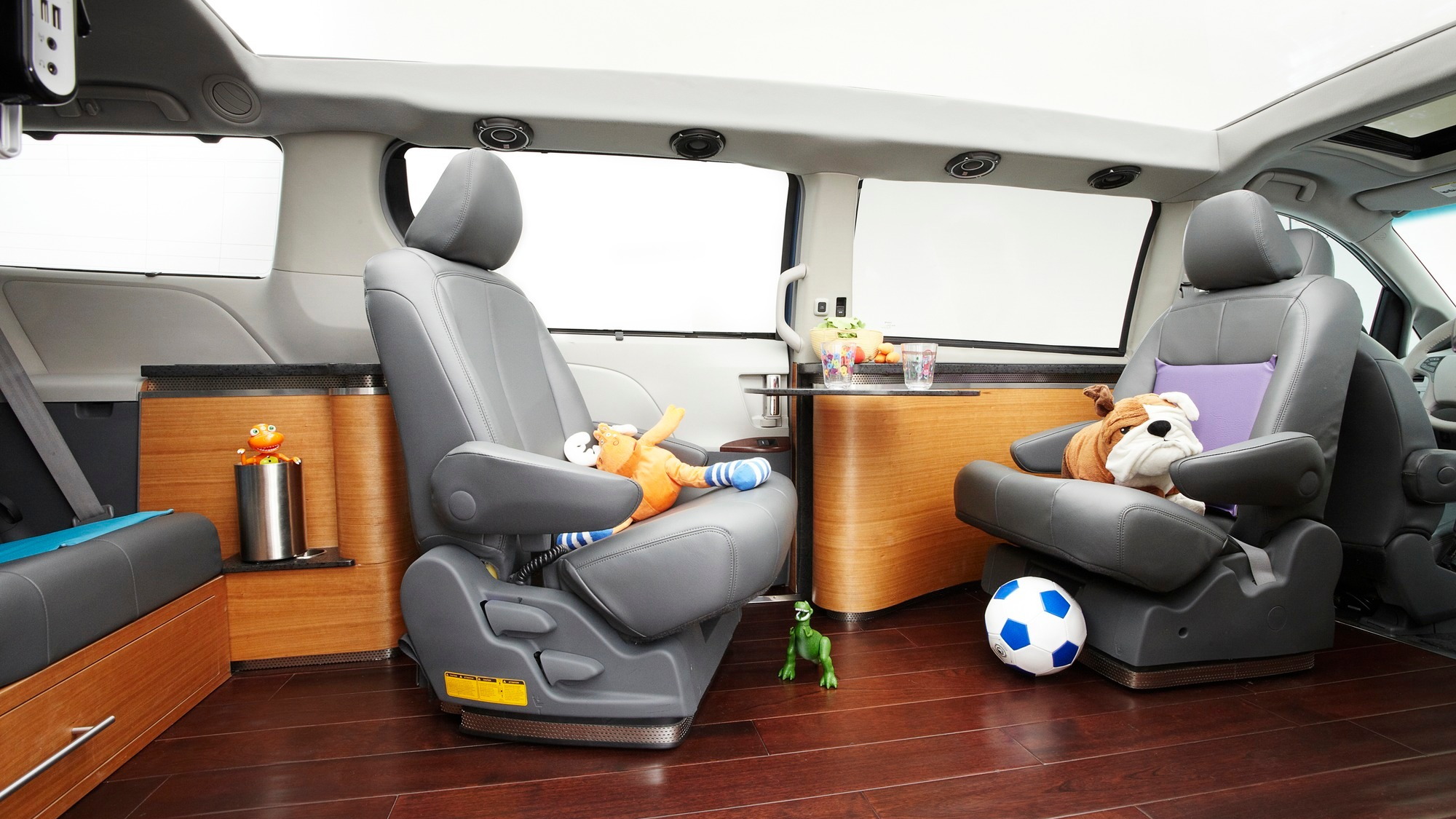 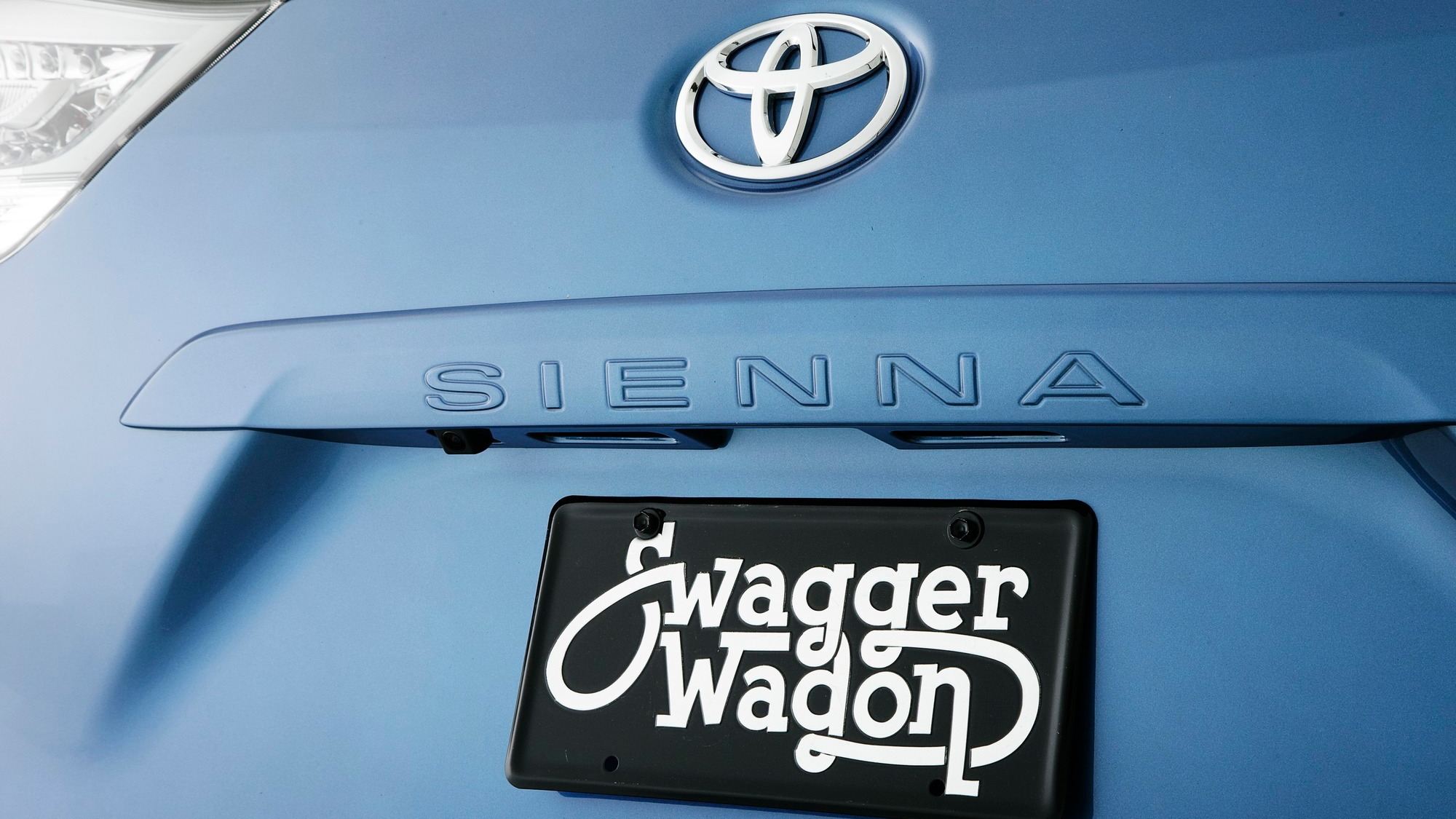 Toyota has done lost its mind. This stretched, "tricked out, suped up" minivan is the Swagger Wagon Supreme. As our social media hero Joel Feder so eloquently put it, "...speechless." There's no other way to describe what's going on here.

Created in cooperation with B.A.D. Company, the Swagger Wagon Supreme is based on a standard 2011 Toyota Sienna SE V6 with interior features from the Sienna XLE. Modifications added to the behemoth baby-mover read like a furniture store ad for the latest in sofa technology: reversible seat cushions, swiveling captain's chairs, a "spa seat" with multi-function programmable massage function, and a hideaway table. OK, so maybe not a sofa--an RV.

Yep, there's even cabinetry, a refrigerator, DuPont Corian countertop, a mobile office area, and Brazilian hardwood flooring. But then it goes a little nutty (nuttier): there's a 23-inch HP TouchSmart computer running Windows 7, an Xbox 360, DVD player, 1700-Watt JBL audio system, all arranged to offer a "home theater" experience either inside or outside the vehicle.

The Swagger Wagon series of commercials for the 2011 Toyota Sienna has proved to be immensely successful for the brand, and the model. It even prompted Chrysler to make its Dodge Grand Caravan into a "Man Van" in retaliation.

But this Swagger Wagon Supreme? Lets just hope we're seeing the lighter side of Toyota here, and not a preview of things to come.