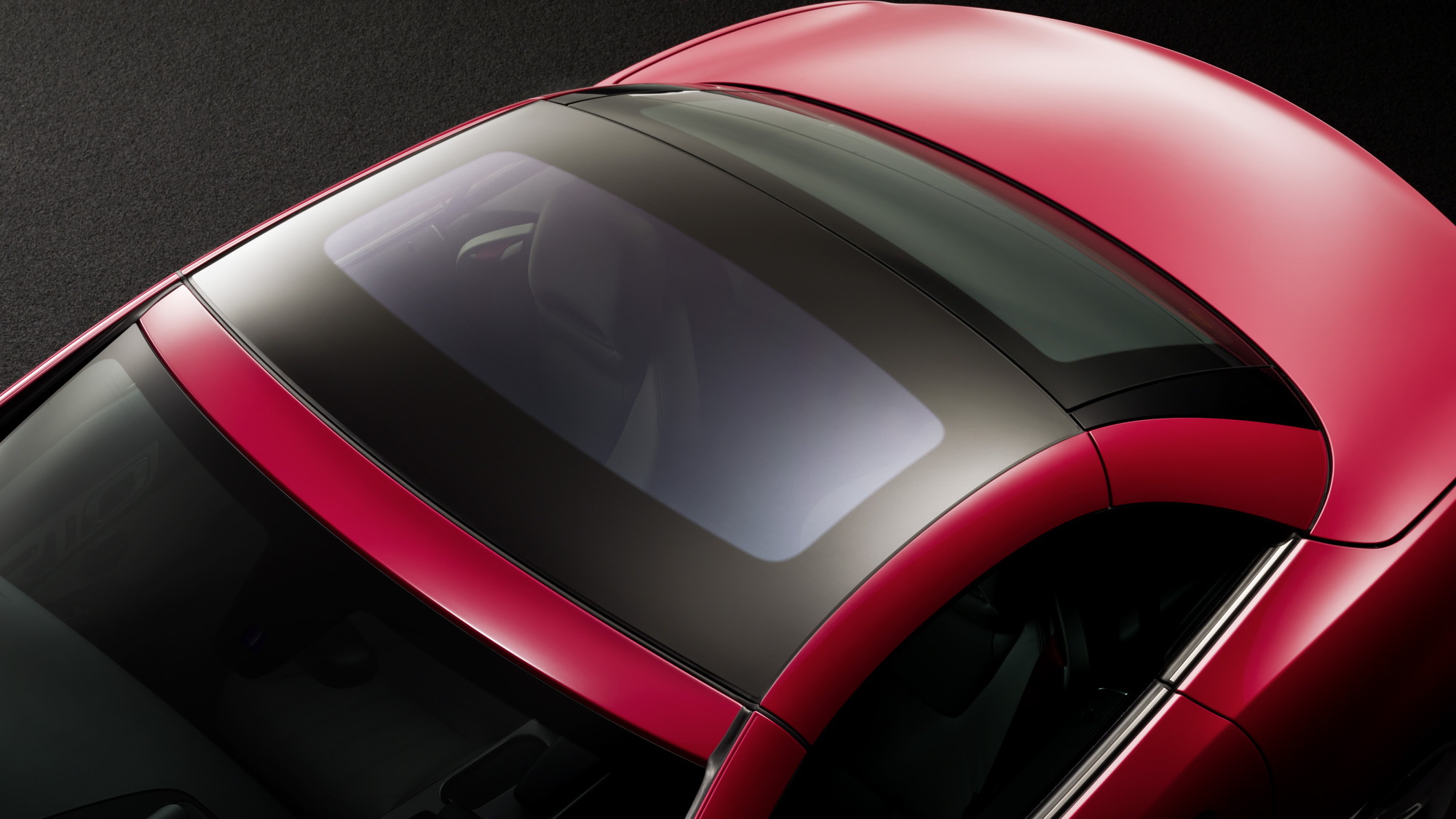 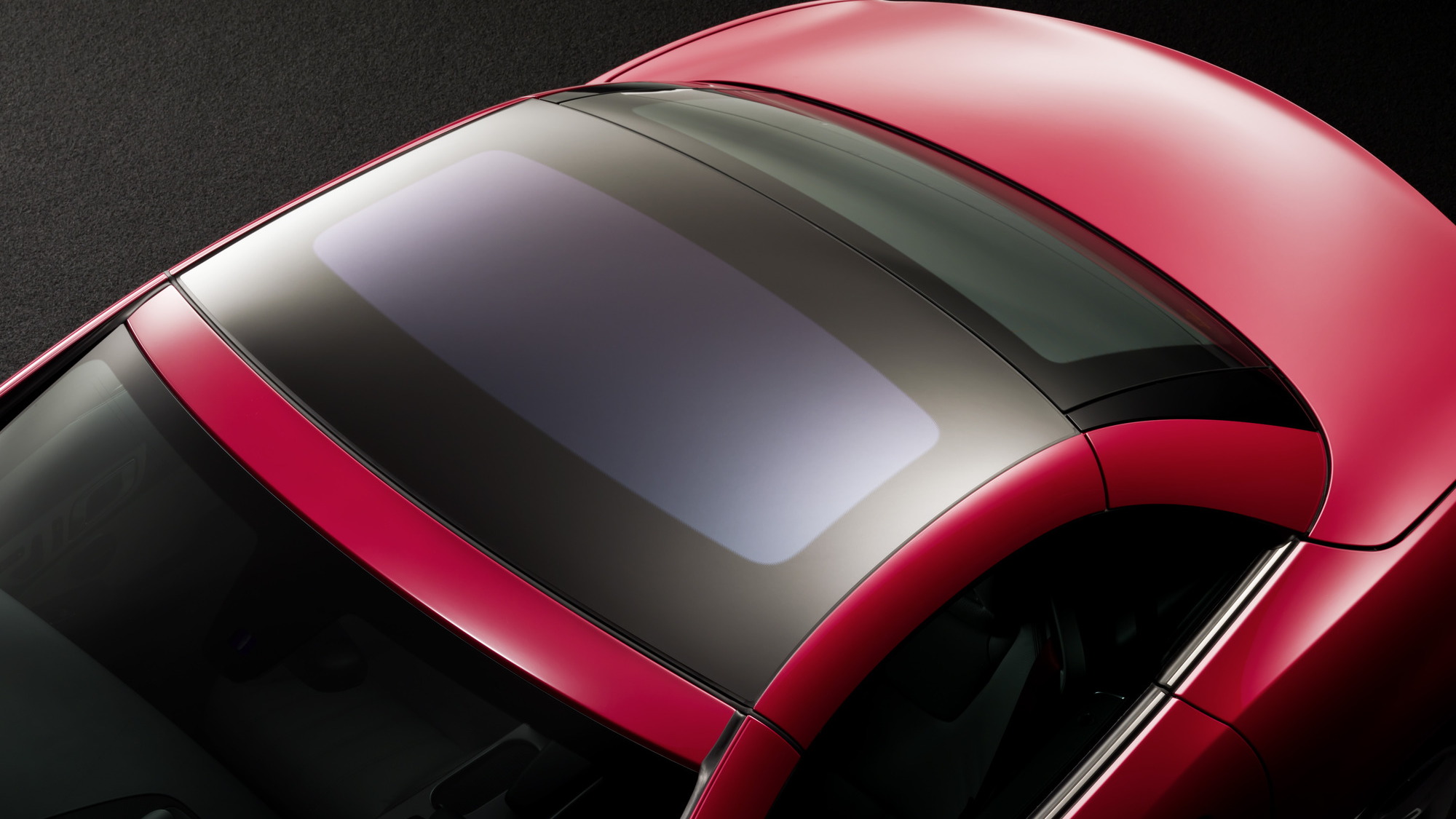 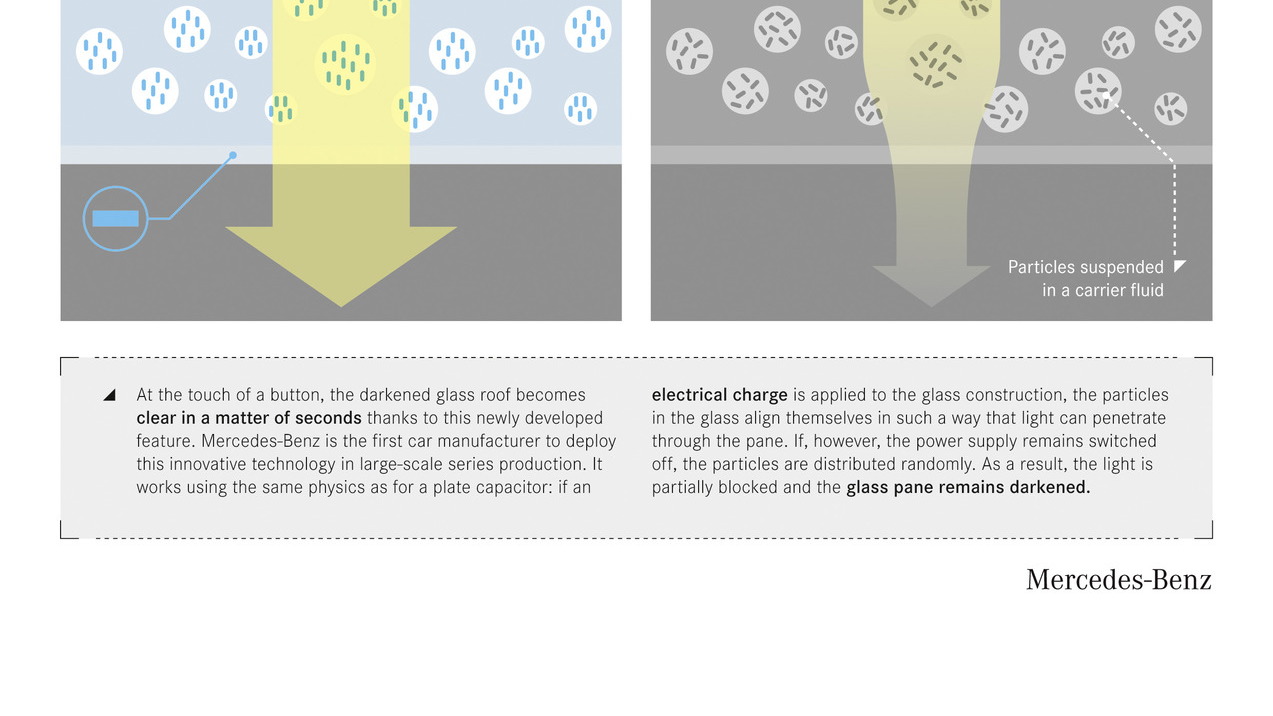 The 2012 Mercedes-Benz SLK is still more than a few months from its world debut, but Mercedes is so amped about the "Magic Sky Control" roof, it's already dumping the details on its photochromic folding hardtop.

Like those lenses your nerdy physics professor used to wear, the glass in the Magic Sky Control roof is able to change its shade depending on the amount of light desired to pass through. Unlike those photogrey lenses, however, Mercedes' system relies on electricity to vary to opaciy of the glass, enabling full clear or completely blacked-out behavior at the touch of a button.

The benefit? Mercedes says in full clear mode, the occupants can enjoy the benefits of top-down cruising without opening the cabin to cold air in winter. Conversely, the summer sun won't beat into the car, making it unbearably hot, because it can be made near-opaque. Sounds simple enough.

Turns out it's not that simple at all, however. Using the principles of a plate condenser, the particles inside the glass align themselves to allow light through when voltage is applied. Turn off the electricity, and the panel goes dark. The glass also filters out UV and infrared radiation, making it safer to cruise in the sunlight than in a traditional convertible.

The Magic Sky Control roof option will be available as an option for "less than 2000 euros," which we imagine will translate to something in the $3,000 range.