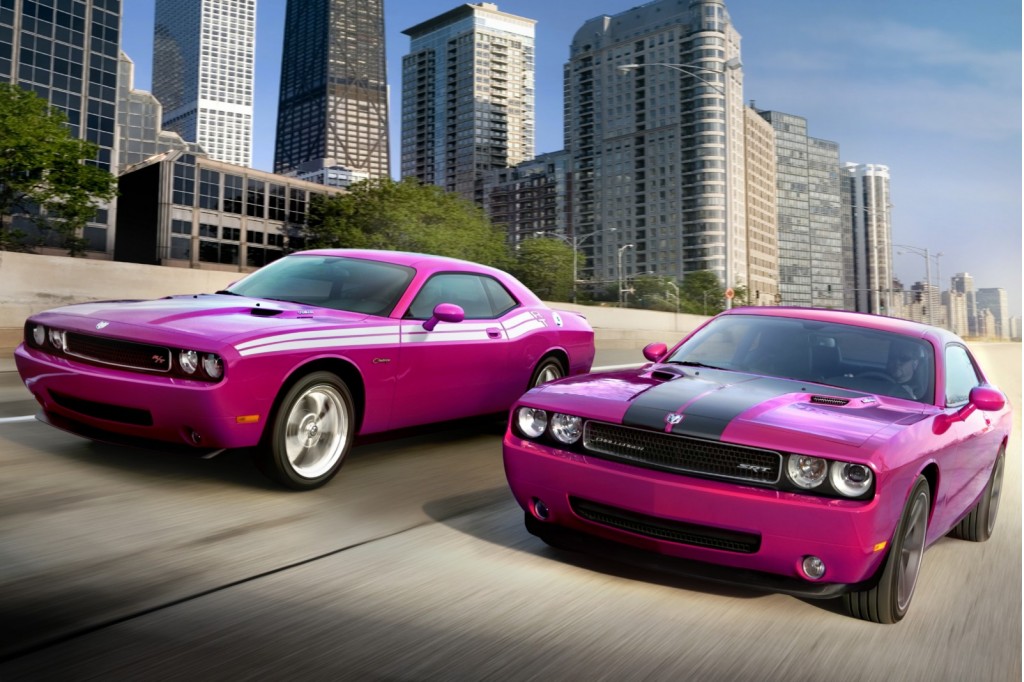 We've already said that the 2011 Dodge Challenger will have a 305-horsepower V-6 engine. Now we know some more details.

I've driven the previous V-6 Challenger and was underwhelmed with its power. Unlike the R/T and the SRT8, the V-6 Challenger came across as a car strictly for show, not go. The words "insurance beater" come to mind.

It's probably not a coincidence that Chyrsler is advertising 305 horsepower for its Challenger V-6...that's the same number of ponies in the V-6 version of the 2011 Ford Mustang, and seven less than the 312 in the V-6 Camaro. Who said that horsepower wars are restricted to the V-8 models?