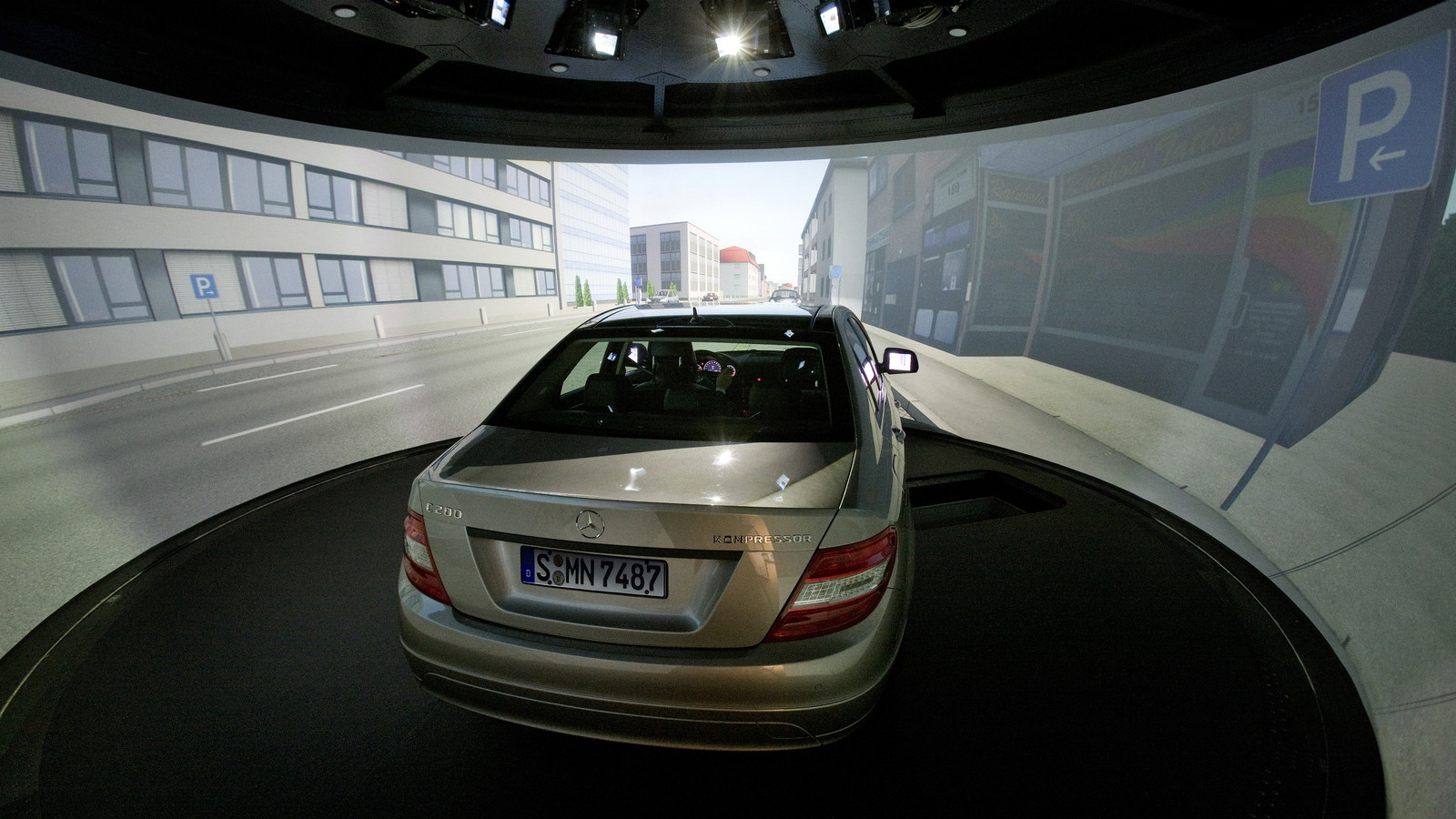 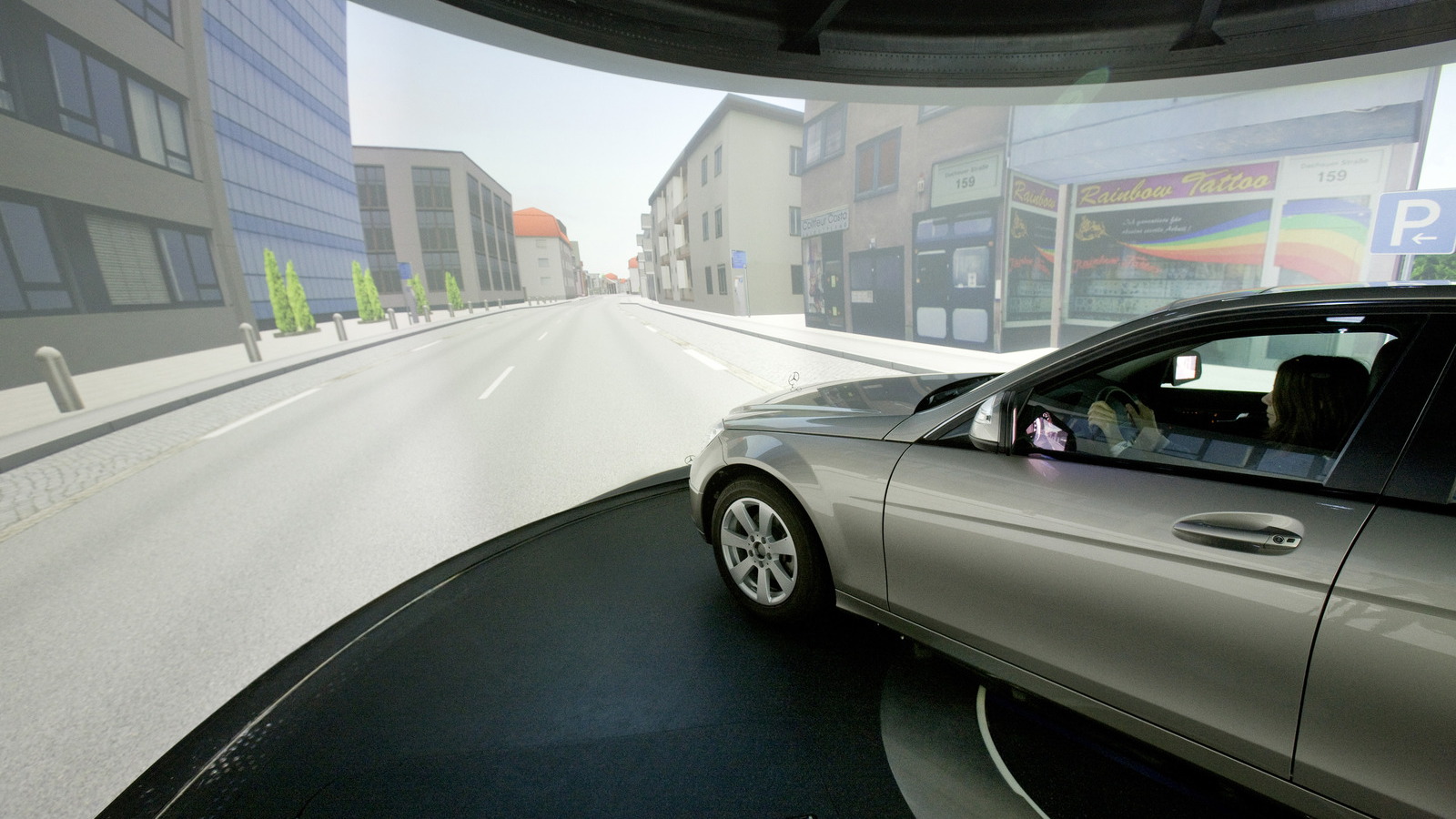 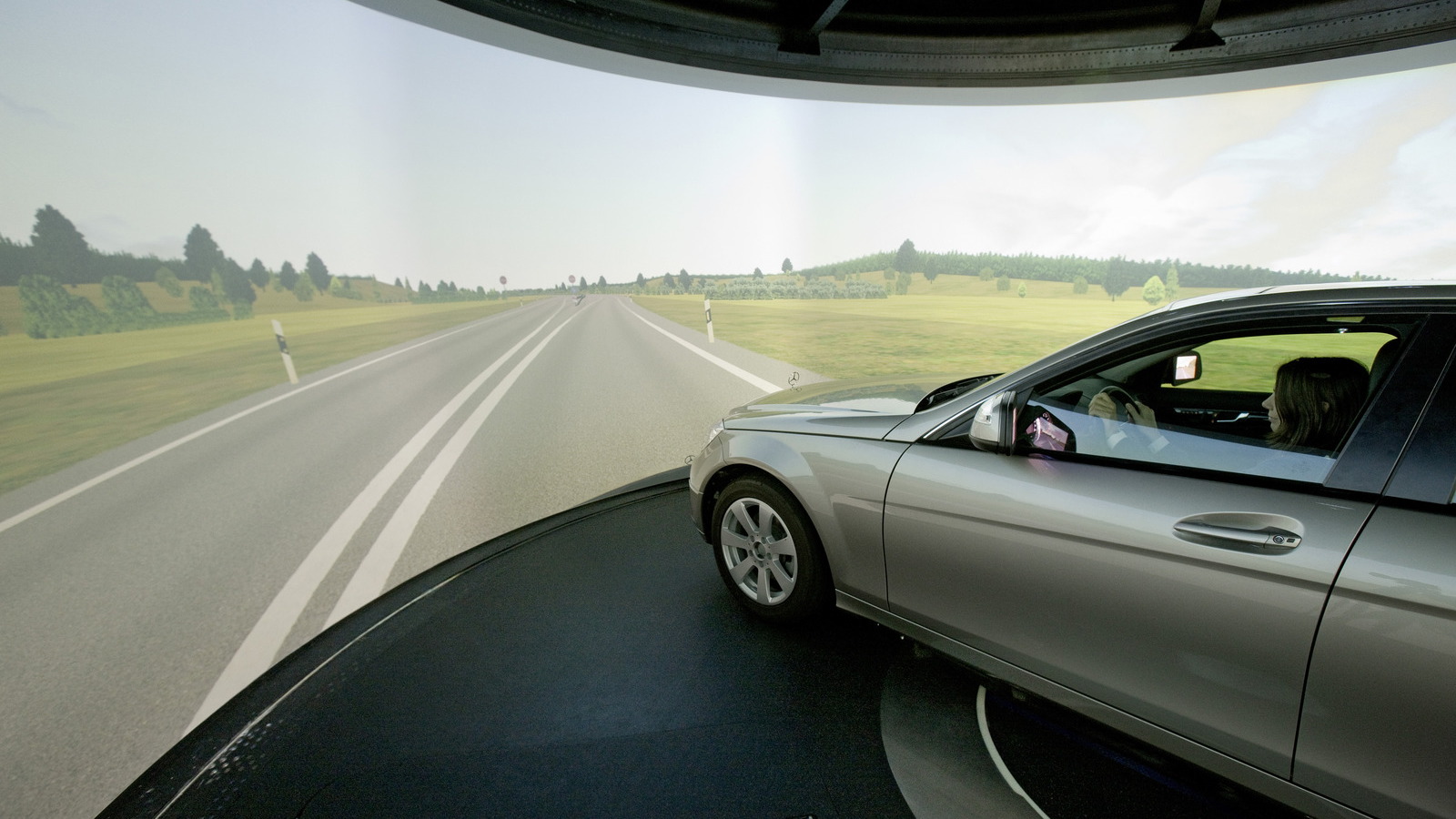 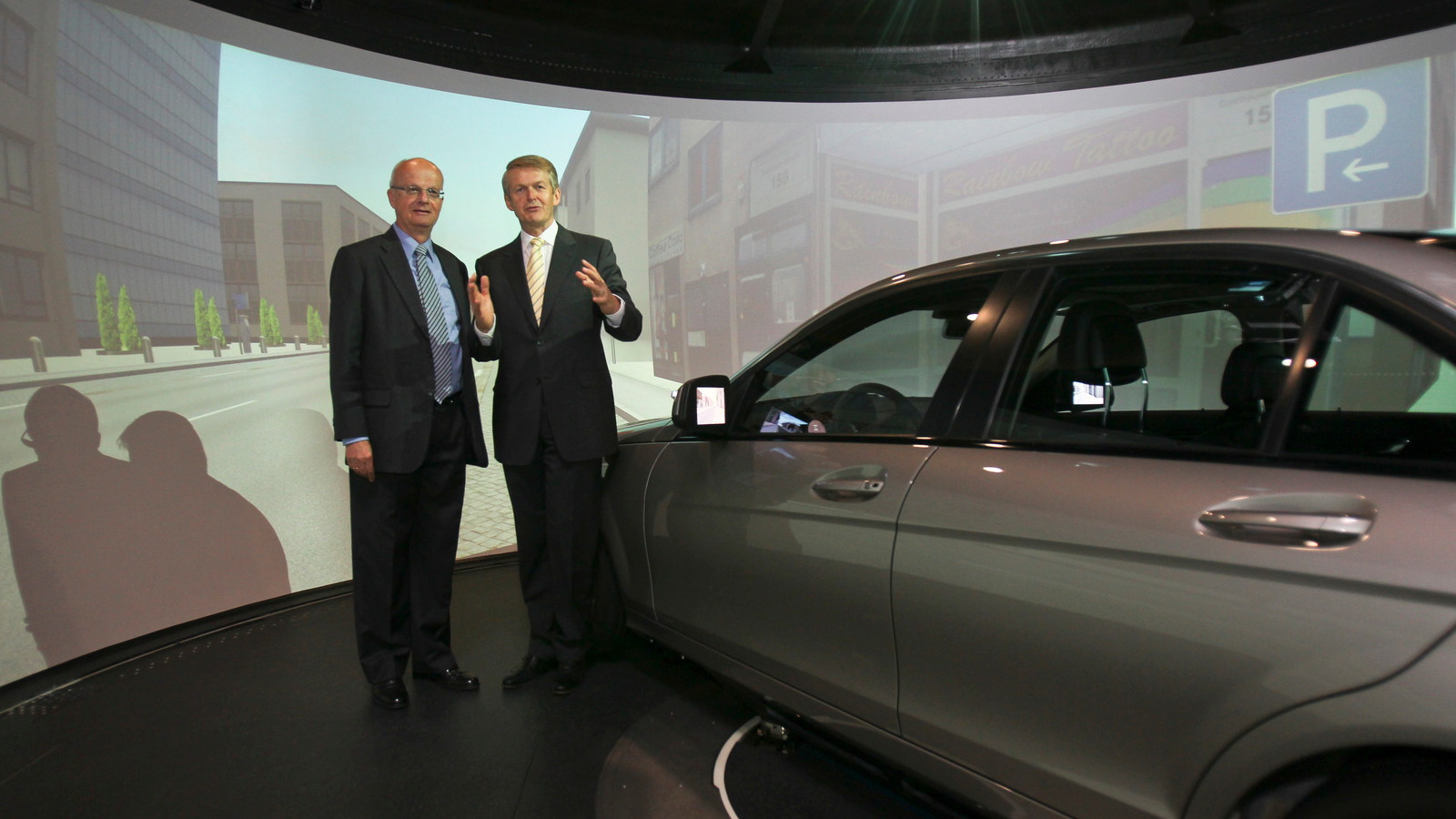 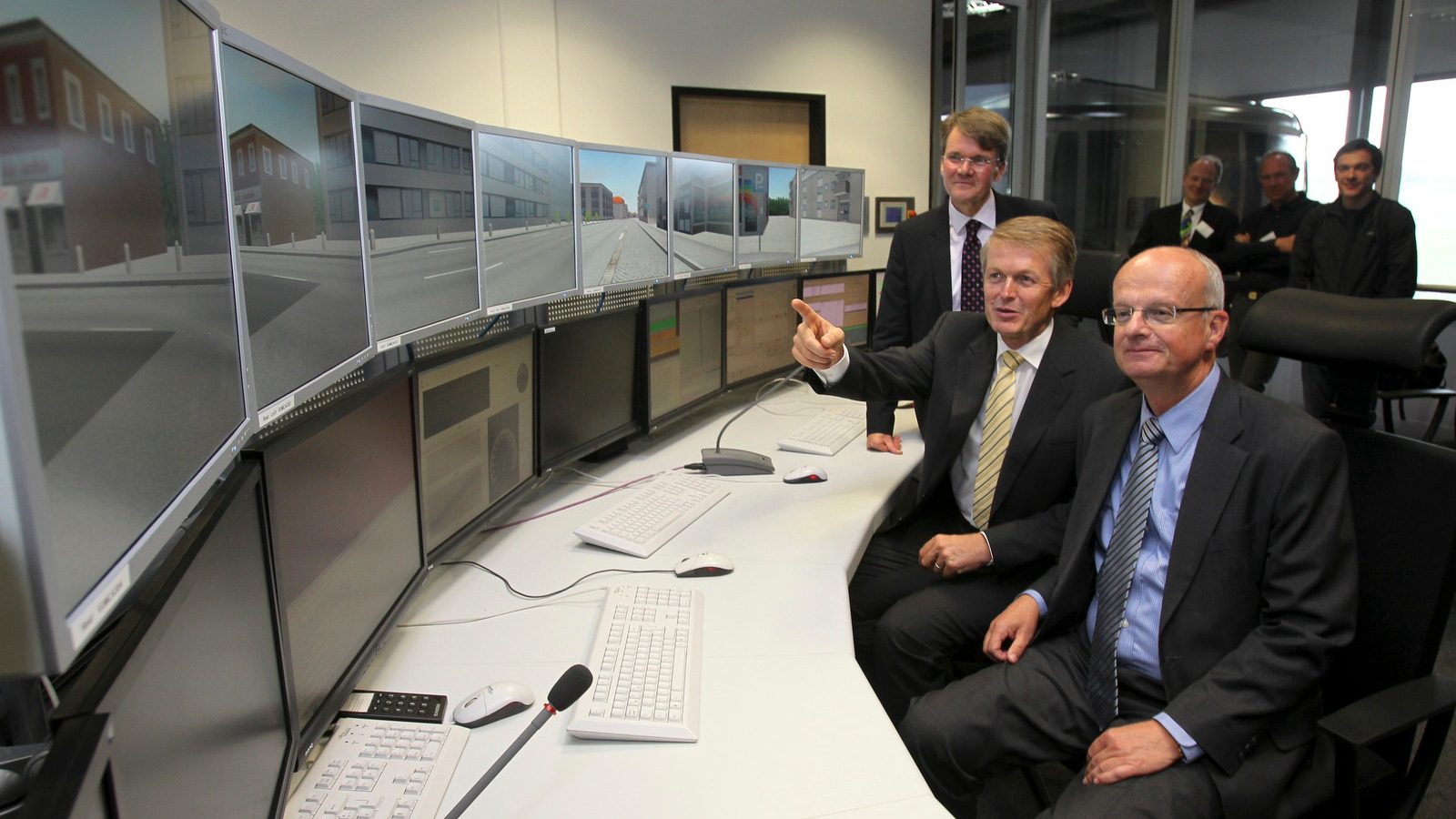 We all know carmakers test their cars in the extreme environments of Death Valley, the Arctic Circle, and of course, the Nurburgring. But they also put them through their paces on the simulator, sometimes before a prototype is even built. Mercedes-Benz has just unveiled its latest simulator, and it's much more than a screen and a wheel.

Part of a 160 million euro testing and development facility, the simulator uses a six-legged platform supporting the test cell to simulate full three-dimensional movement. Extreme transverse (side-to-side) movements are enabled by a 39-foot rail system. A giant 360-degree panoramic screen immerses the driver in the simulation.

So what's all this hardware for? Aside from the obvious, Mercedes has a network of computers hooked to it to sample driver and car reactions at 1,000 times per second. The data they collect will be used to help make the cars themselves safer, but also to help write better software and innovate new solutions to correct mistakes made behind the wheel.

The system is also a risk-free environment, enabling tests that would be too dangerous to actually run in the real world. Tests with human subjects that involve pushing a car to or past its limits can be done in safety, while still gathering meaningful data.

Check out page two for the official release.