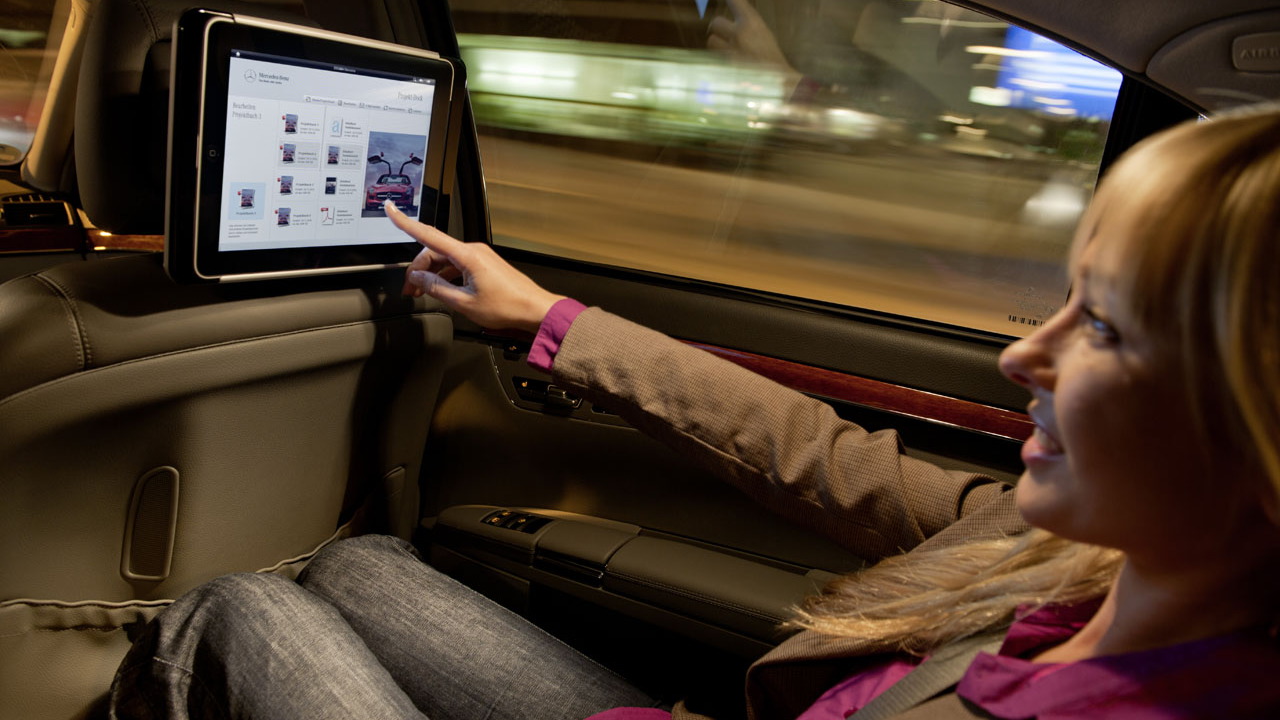 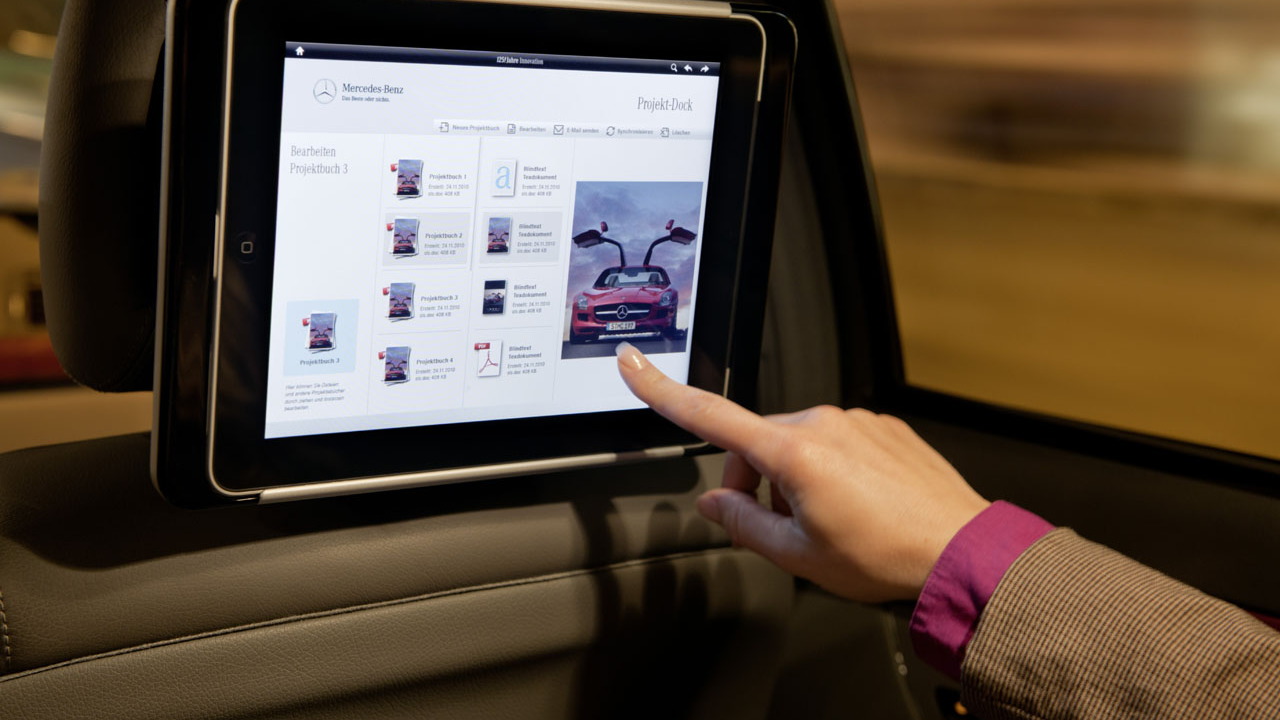 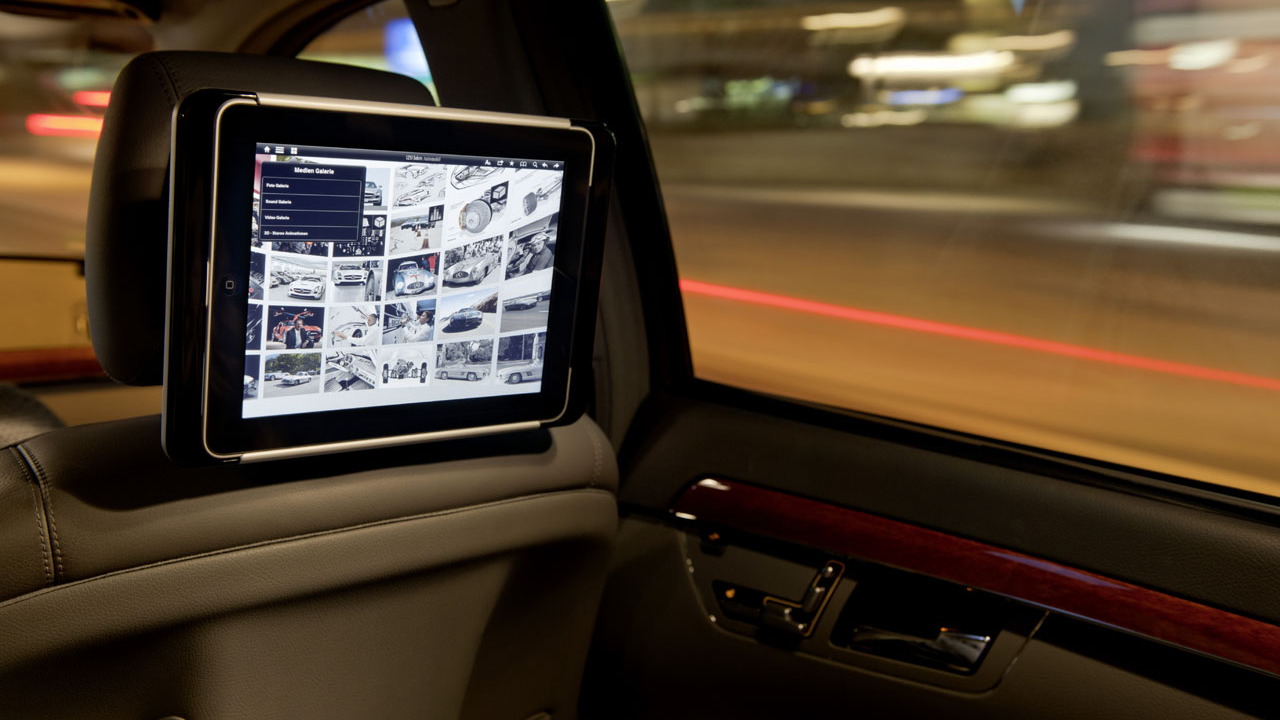 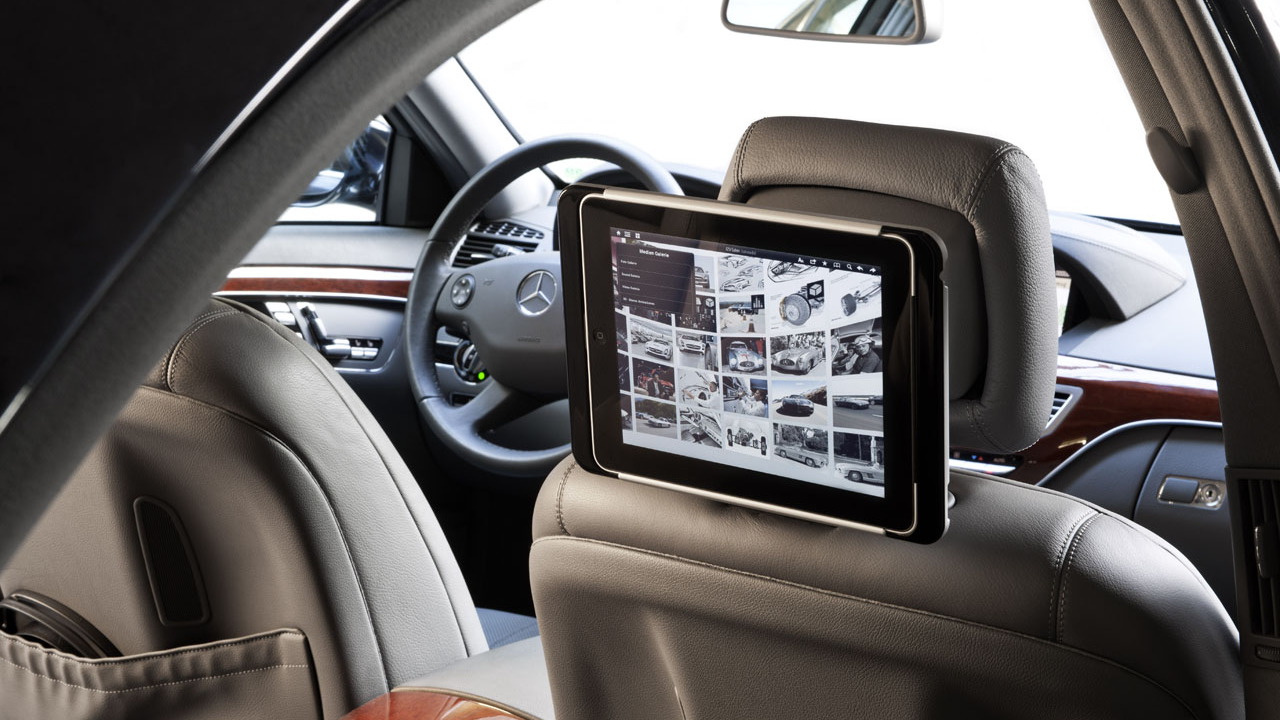 The Apple iPad has become an intriguing accessory for cars. The Hyundai Equus comes with one containing its owners' manual. We've seen one jammed into a Toyota Tacoma dash. At the 2010 Paris Auto Show, the 2011 BMW X3 posed with dual iPads hooked on clever mounts to its front headrests.

Now Mercedes-Benz is in on the iPad act with a headrest mount of its own. Coincidentally, the iPad launches in Europe shortly, and Mercedes already has planned lots of apps for owners to stay in touch on the device, including a full version of its consumer Web site, optimized for the iPad's high-resolution screen.

So why not use a similar mount to the BMW X3's, and eliminate the need for aftermarket and optional DVD entertainment systems? With the setup, the iPad tucks on the backside of the headrests of just about any Benz products. Mounted on a grip between the headrest supports (just like a CruiseCam, for the pros), the system also leaves room for the ubiquitous white charging cord to slot into the iPad's bottom edge. The result: hours of adult-unsupervised content streaming right into the back seat, within easy reach of an earbud jack.

Granted, most child-like back-seat passengers won't be wandering through the "SLS AMG HD" and "Mercedes-Benz Sports Cars" apps that's available from iTunes. Then again, aren't those the best ways to indoctrinate your kids early into the family values of variable valve timing, launch control and overboost?

BMW says its iPad mount will be available as an accessory in the U.S.; Mercedes hasn't confirmed if its version will come Stateside.

[Mercedes-Benz via BenzInsider via Engadget]