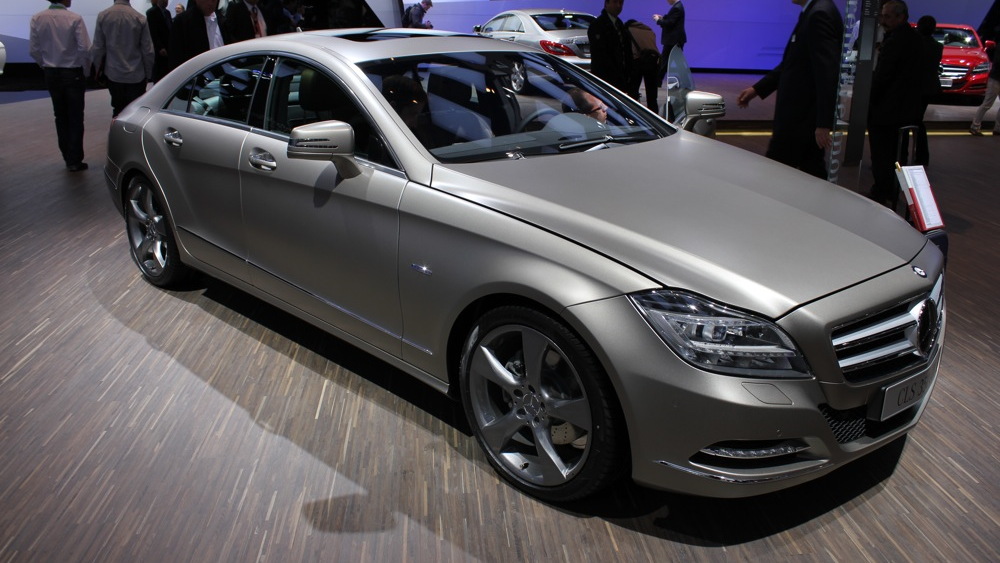 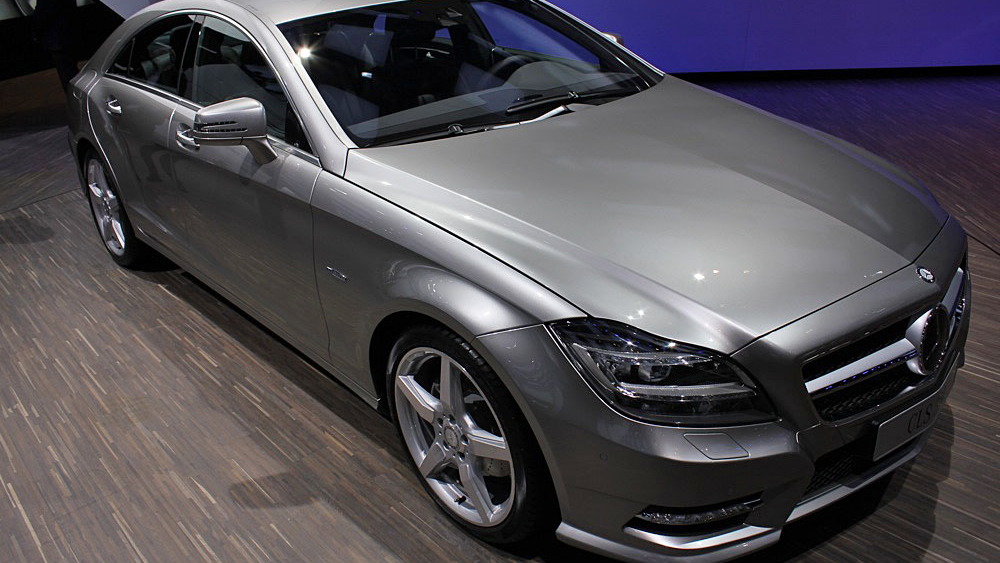 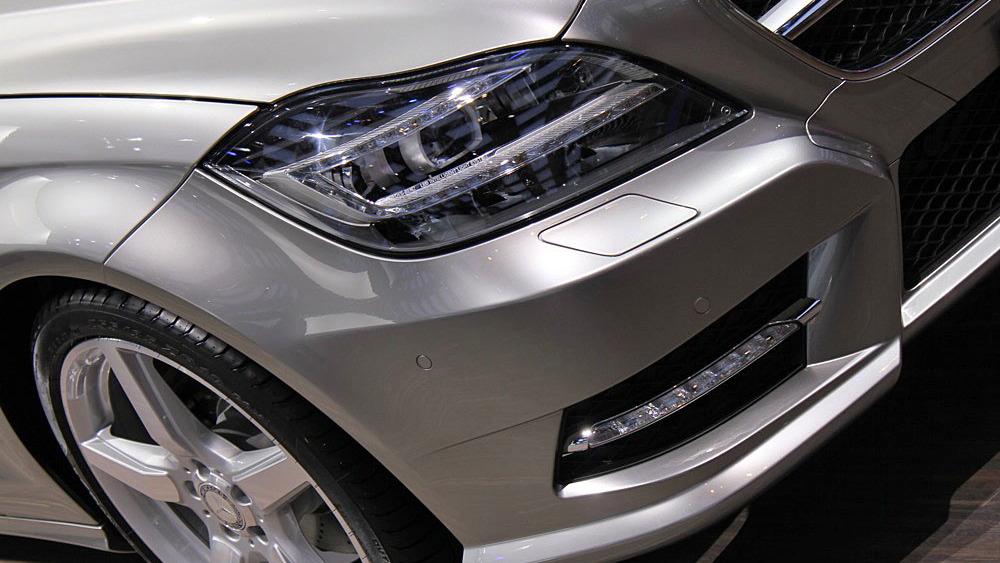 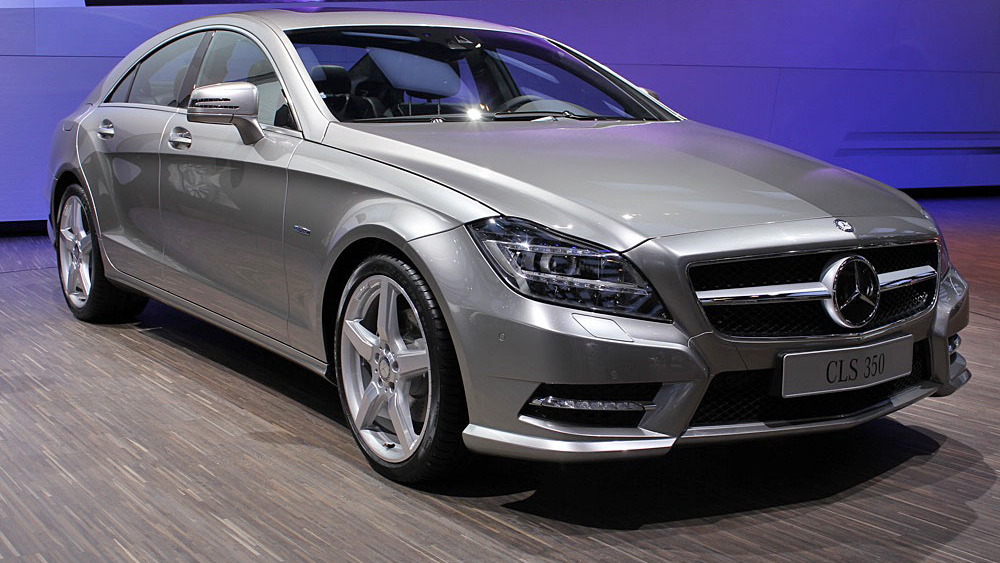 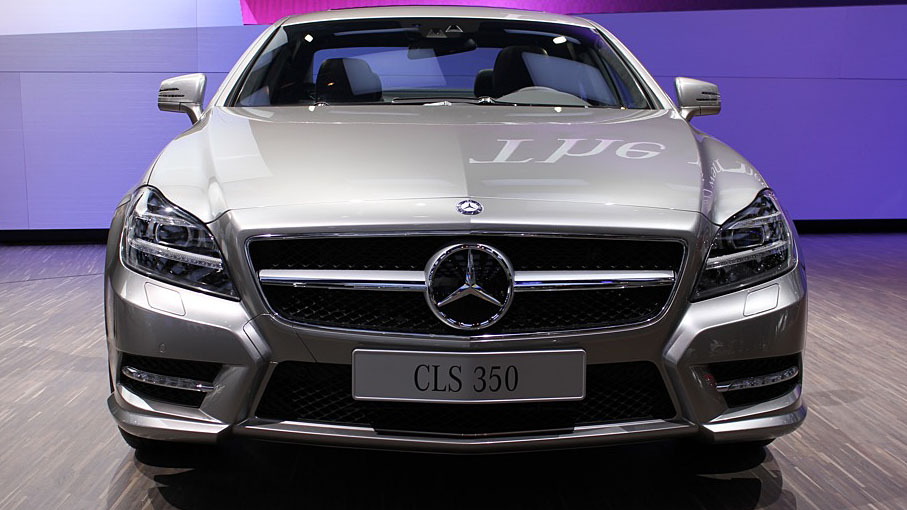 Before its world premiere this week at the 2010 Paris Auto Show, the world knew the details on the 2012 Mercedes-Benz CLS-Class sedan. Now, the demimonde of auto journalists and Parisians know how well the CLS translates into reality, as it's on display on the auto show floor.

In adopting some of the more masculine lines and angles of the E-Class, the CLS has lost some of the visual softness that made the original so appealing--particularly on the front end, with its big LED headlights trapezoidal intersections, and inside, where the matte burled walnut is no longer the dominant finish, though rich materials are still the stock and trade. Still, the "ponton line" on the rear quarters works well and lends the CLS a classic grace that's distinctive enough from the first edition to establish its own identity.

In the U.S., the CL550 will be the initial offering. The 5.5-liter V-8 will produce 402 horsepower and 443 pound-feet of torque. A seven-speed automatic is expected to shift power for the rear-drive sedan. European versions will also offer six-cylinder, diesel and V-8 engines.

Fuel efficiency does make an impact on American CLS sedans in the form of Direct Steer, an electromechanical system that increases steering effort at higher speeds for stability, while improving energy consumption over a typical hydraulic power-steering system. The CLS also has significant amounts of aluminum in its doors, hood, fenders, decklid and body sections, as it stays slim enough to be fashionable.

Safety technology includes a flavor of blind-spot warnings that alerts the driver if an accident is imminent, while Active Lane Keeping Assist uses the same concept found in the 2011 Infiniti M sedan to nudge the CLS back into its lane, should it wander over the crown.