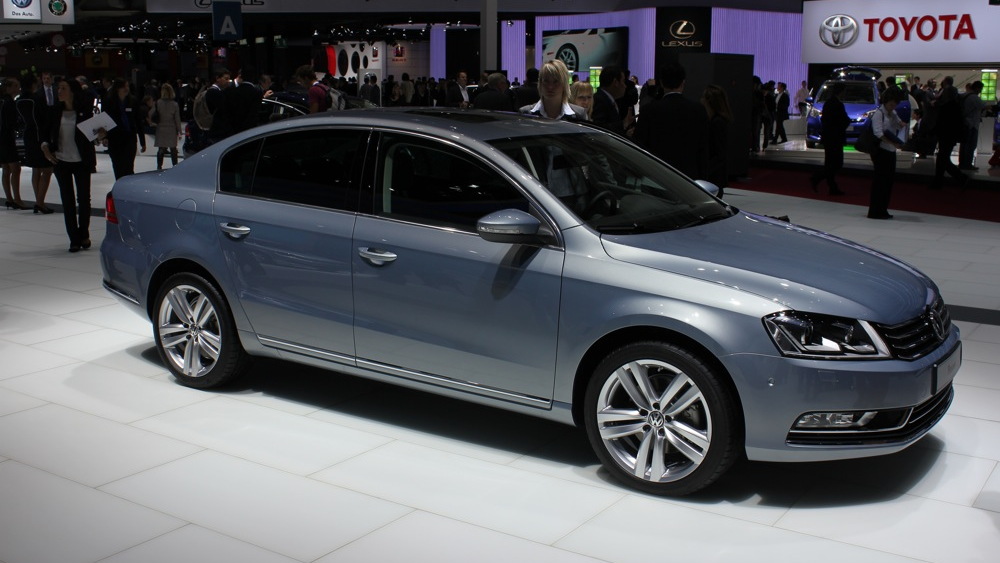 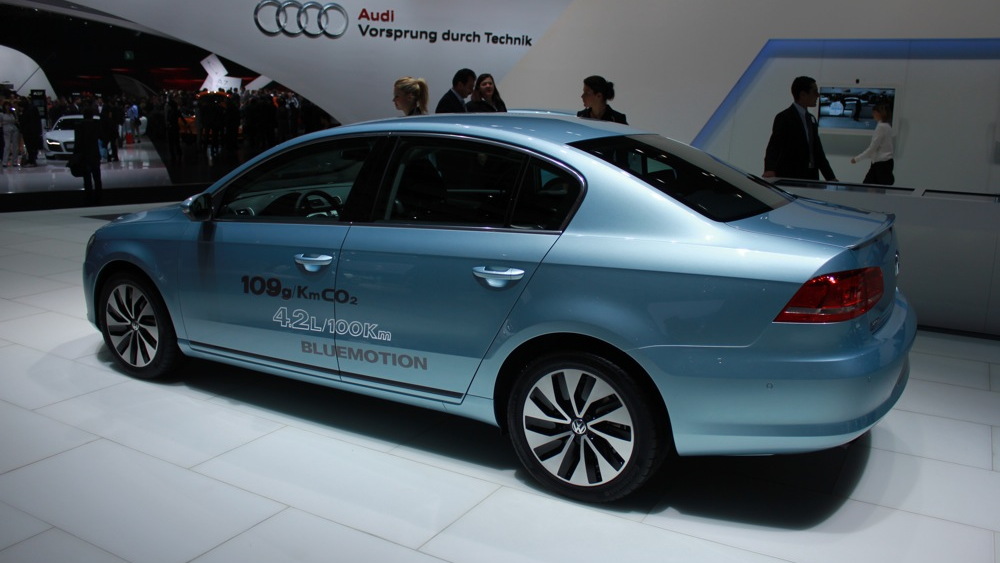 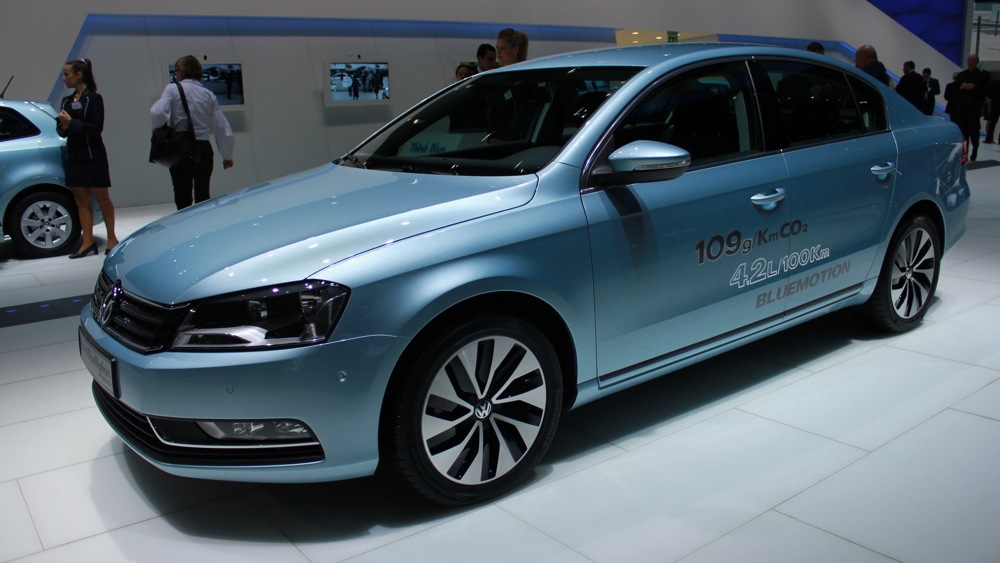 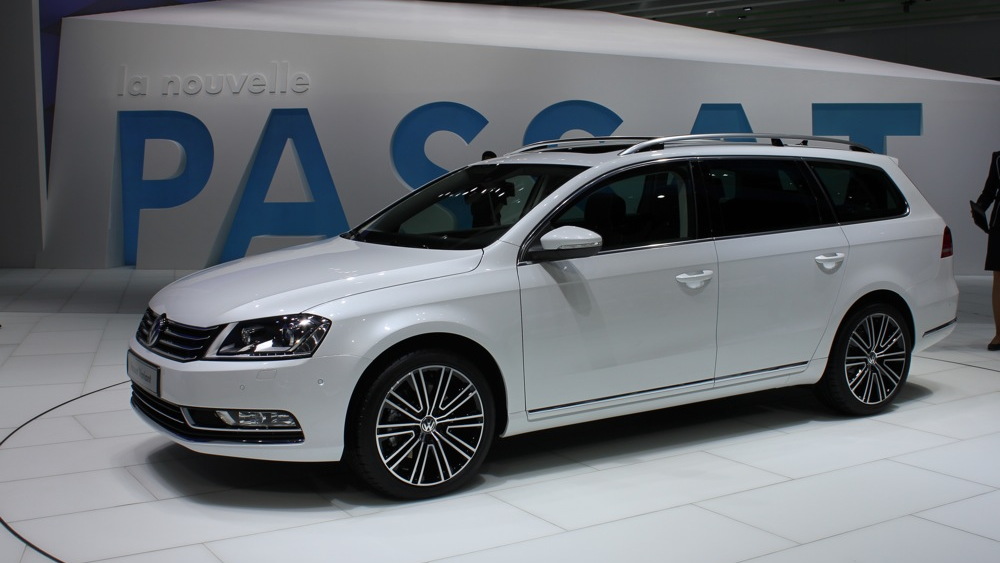 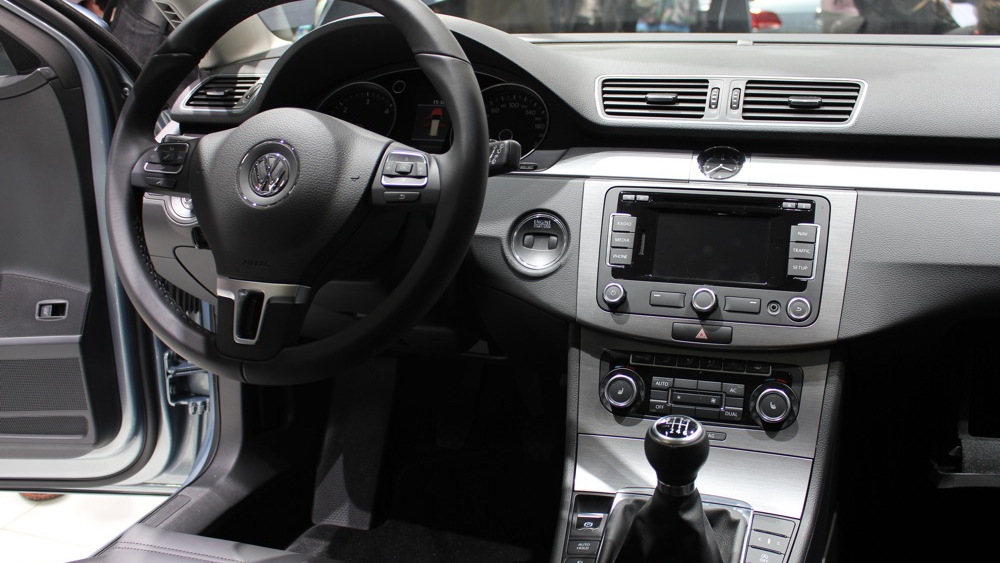 The new Euro-spec 2011 Volkswagen Passat, shown for the first time at the Paris show, has a shape that North American shoppers will never likely see. Nevertheless we look at it with interest, as it might preface some of the design details of our Passat replacement that's on the way.

The Passat has a quite conservative profile, though there's an unmistakable shoulder crease running alongside. Large headlights stretch back into the fenders, and the front end takes after the new Volkswagen Jetta in having beveled front corners and very clean, simple rear styling.

Inside, the Passat goes in quite a different direction than the previous version, with a straight-across, shelf-like look to the instrument panel. The IP doesn't wrap smoothly around into the doors, which is a break from current design convention, but there's a clean, uncluttered appearance, overall.

It should also be noted that although there are matte-metallic trims used inside, Volkswagen has dodged the temptation to go overboard with brightwork on the exterior.

Instead of this sedan, North America will be getting a larger, less-expensive sedan, termed New Midsize Sedan (NMS) within the company. How much of the new Passat's design will make it into that new car? We're not sure yet, but take a closer look at this new Passat and you might see hints.